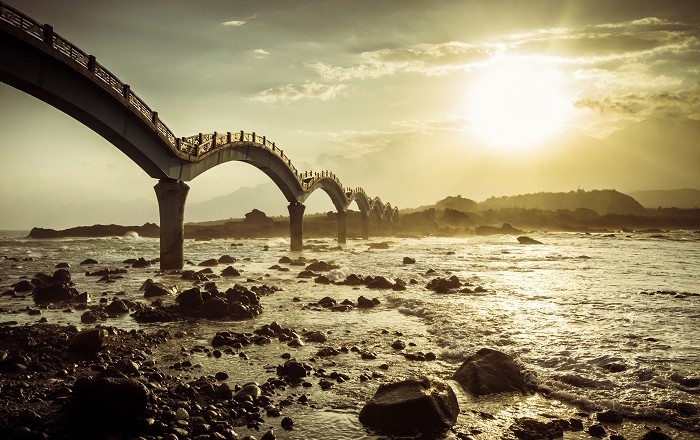 Sanxiantai is an area containing a beach and several islands located on the coast of Chenggong Township, Taitung County, Taiwan. It is composed of offshore islands and coral reefs. Odd-shaped rocks are everywhere on the islands, including three huge rocks which have spawned legends about three Chinese saints: Lyu-Dongbin, Li-Tieguai and He-Xiangu. 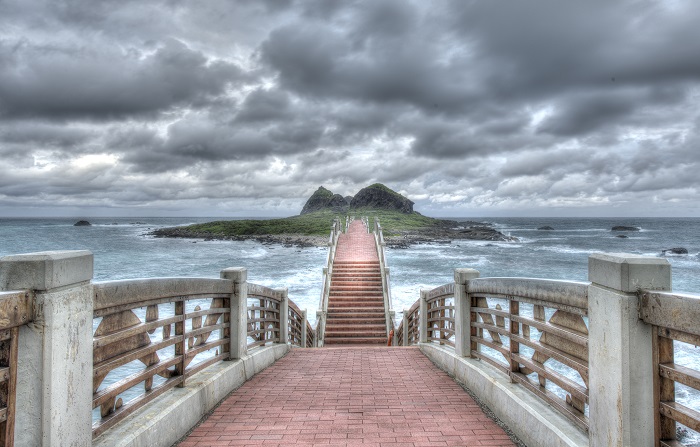 They once boarded on the island, hence the name (Three Saints Island). The beach stretches for ten kilometers in length, and it is situated at the 112-kilometer mark. The place is a popular tourist attraction for its rocky coastal views, also the area is well known for its long footbridge that connects the coast to the largest island. 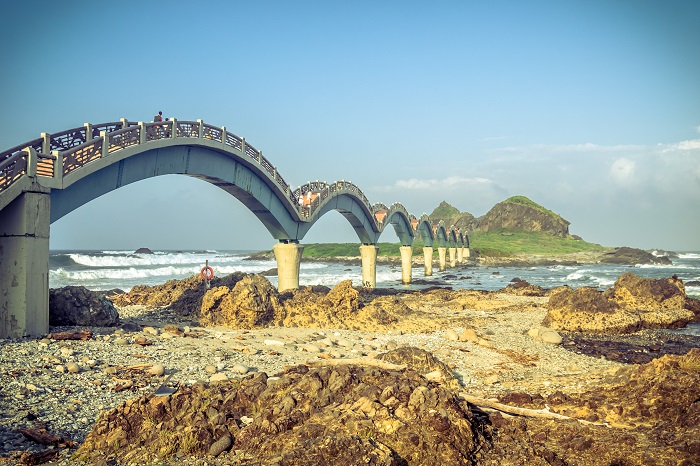 Sanxiantai is a geological rock that turned out to be a headland. Gradual erosion cut the neck that connected the mainland to the main island, and thus became offshore islands. Tourists who used to visit this place could only reach the island during low tide. 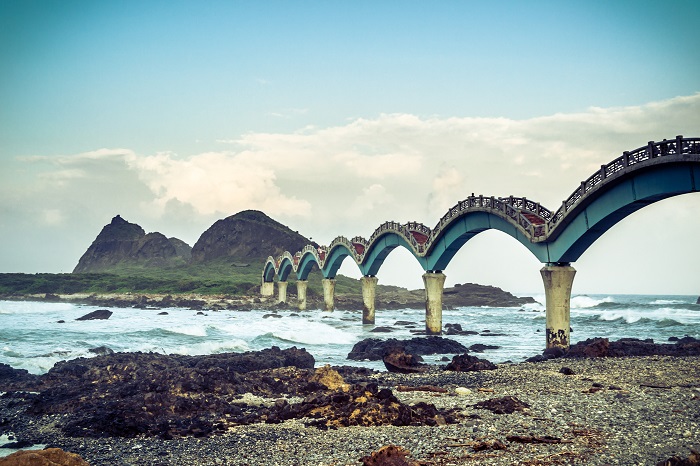 In 1987, the government completed the eight cross-sea arch bridge that crosses over to the island. It was designed in the shape of waves, like a prostrate sea dragon and connects Sanxiantai with Taiwan Island. It has become the most famous landmark on the East Coast. 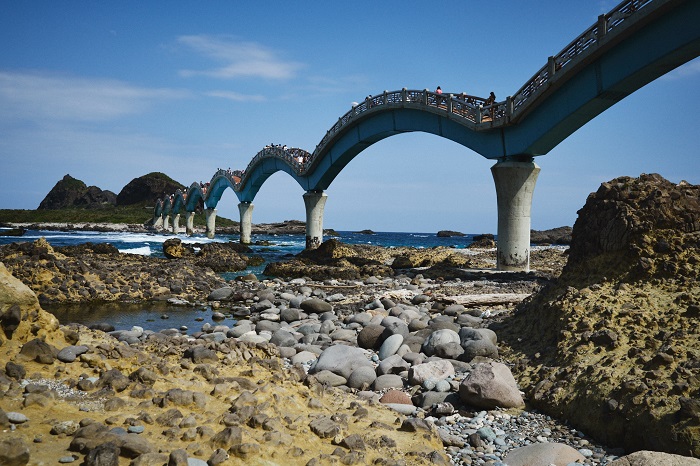 The entire Sanxiantai area is about 22 hectares with the highest point about 77 meters above sea level. There is a trail that goes around the island and it takes about 2 hours to go around it, with no rush of course. 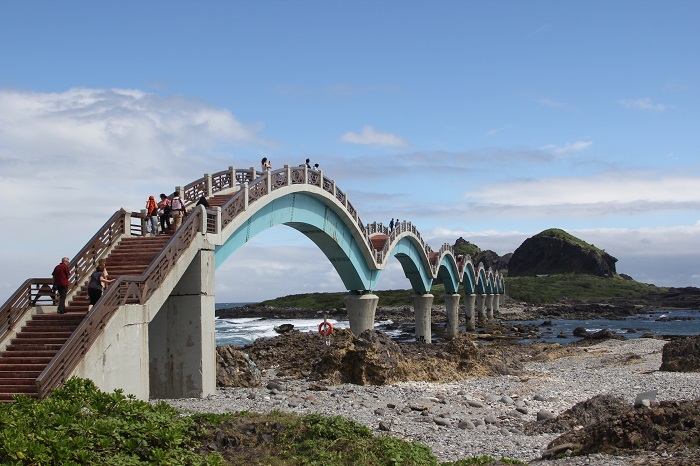 There are coral reefs that surround the island, so because of the strong weathering and erosion it made up the legendary stories about the natural landscape, such as Xian-Jian Gap, He-huan holes and Sanxiantai there are also some natural wonders around, such as the scattered sea trenches, sea caves, sea columns, sea walls to surprise tourists who visit the island. 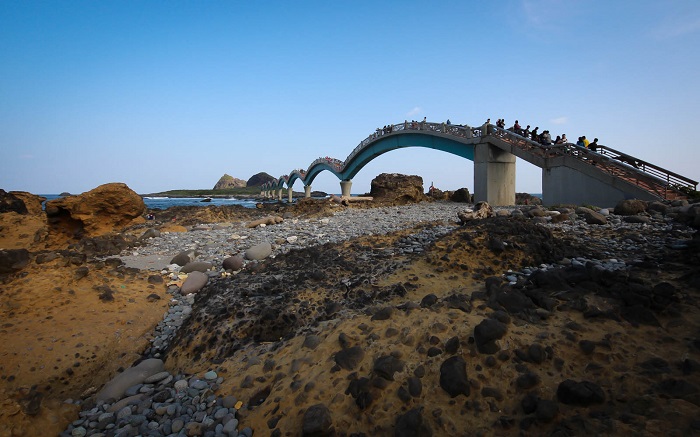 Sanxiantai is ecologically very rich, because of the lack of human disturbance, screw pine trees can be seen everywhere on the island. It is also a place for the study of coastal plants like the Taiwanese date palm, white dogwood, and bay bean. 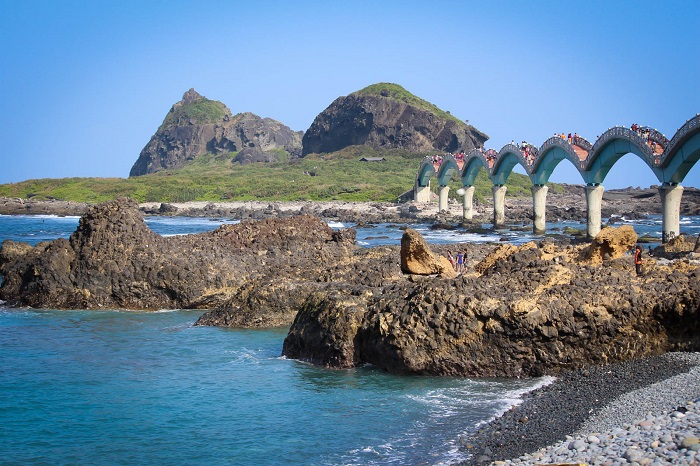 Sanxiantai is classified as a nature reservation in Taiwan. From the southern tip to Jihui, there are beautiful coral reefs and tropical fish, it is said to be the most beautiful place for the undersea exploration in Taiwan. 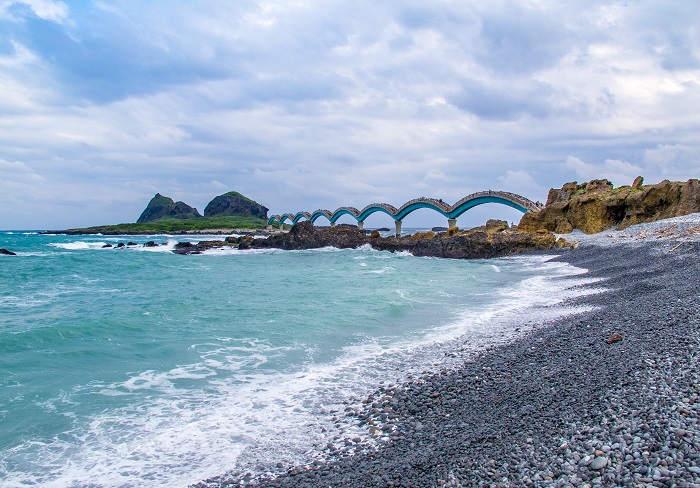 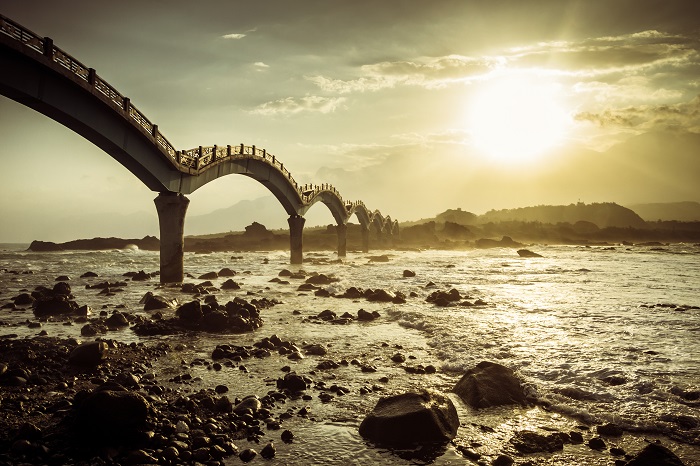 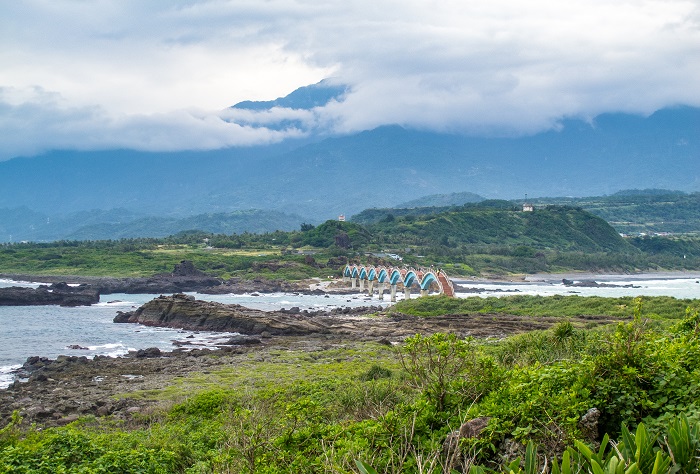