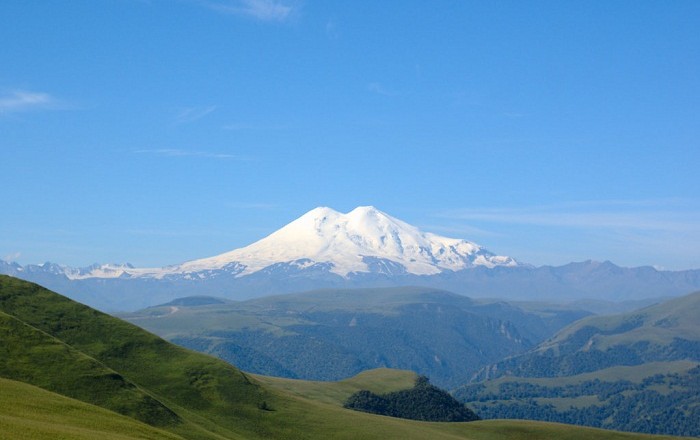 Mount Elbrus is the highest peak in Europe, and one of the Seven Summits. It is a dormant volcano and it is located in the northern Caucasus mountains just in Russia (Kabardino-Balkaria and Karachay–Cherkessia), though it is only a few kilometers/ miles from the border of Georgia. Though Elbrus is the highest summit in Europe, it is one of the technically easiest of the higher peaks on the continent. The mountain is in the Caucasus Mountains, which is one of the most rugged mountain ranges in the world. Nevertheless, Mt. Elbrus’s peak is the highest in the Caucasus Mountains, in Russia, and in Europe. It is the tenth most prominent in the world. Elbrus is an extinct volcano, having its last eruption around 50 AD, and its crater (300-400 meters in diameter) is now filled with ice and snow. The mountain still retains its gently sloping, conical shape. Elbrus has two summits, both of which are dormant volcanic domes. With it’s slightly taller west summit, the mountain stands at 5,642 metres (18,510 ft), where the east summit is 5,621 meters (18,442 ft). 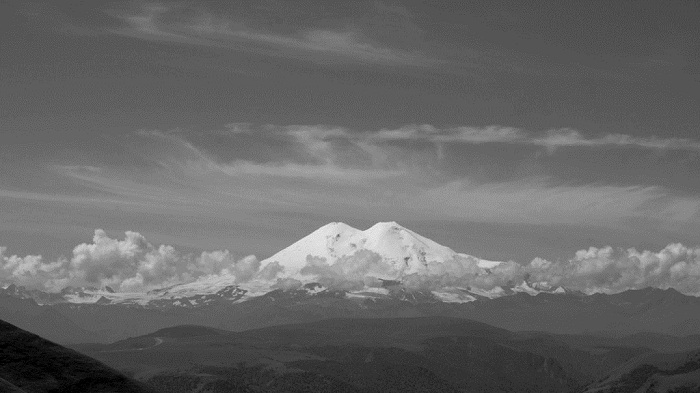 The lower east summit was first ascended on 10 July 1829 by Khillar Khachirov, a Karachay guide for an Imperial Russian army scientific expedition led by General Emmanuel, and the higher (by about 20 m; 66 ft) in 1874 by an English expedition led by F. Crauford Grove and including Frederick Gardner, Horace Walker, and the Swiss guide Peter Knubel of St. Niklaus in the canton Valais. 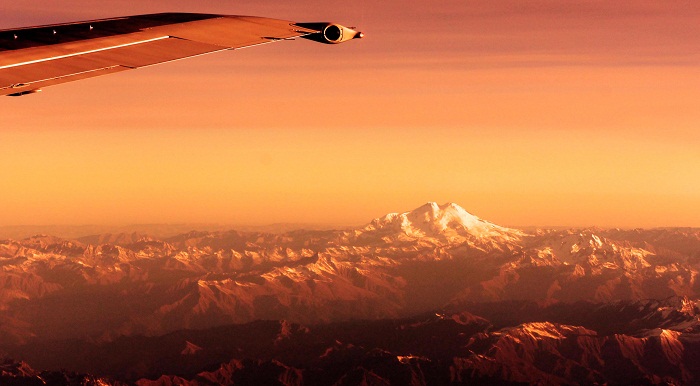 While there are differing authorities on how the Caucasus are distributed between Europe and Asia, most relevant modern authorities define the continental boundary as the Caucasus watershed, placing Elbrus in Europe as its highest mountain. 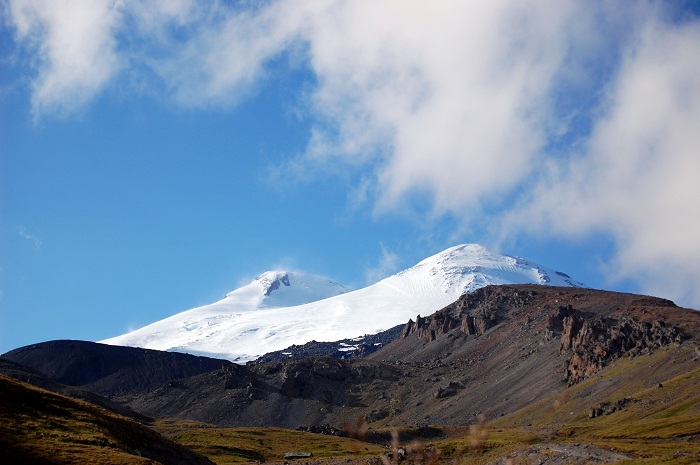 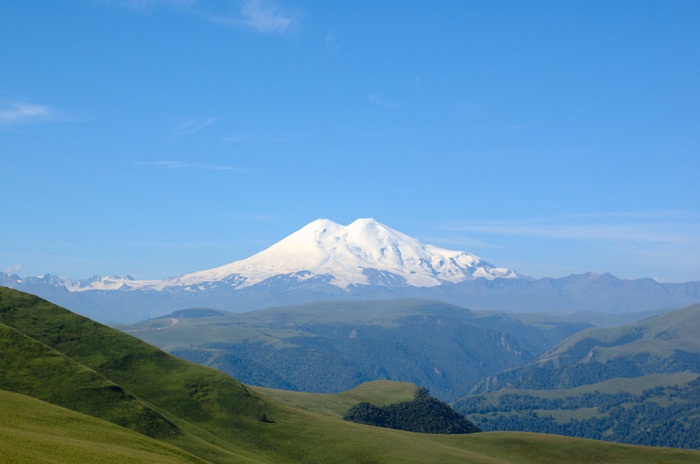 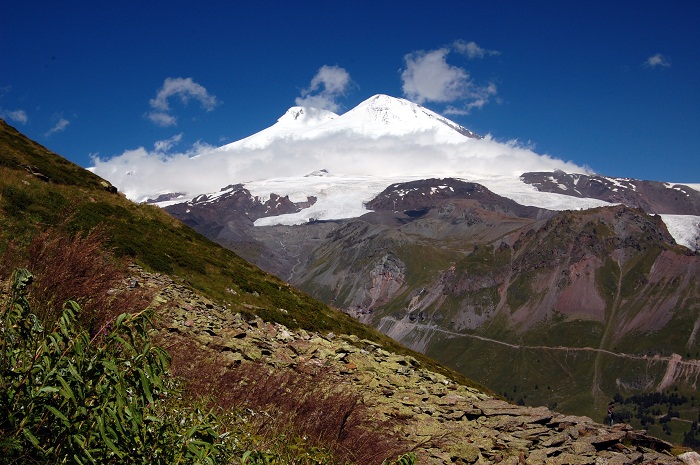