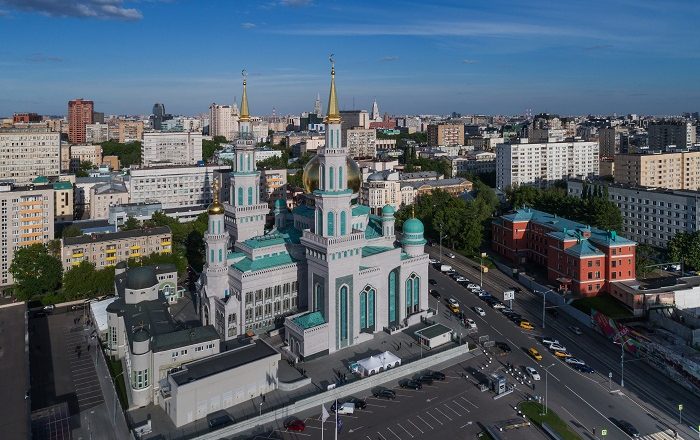 Moscow Cathedral Mosque is an imposing and very interesting mosque, which also serves as the biggest and main mosque located in the capital city of Russian Federation, Moscow. Even though it was built in 2015, the original structure is considered to have been built in 1904 and it was standing in the center of the city until 11 September 2011, when it was demolished under controversial circumstances. 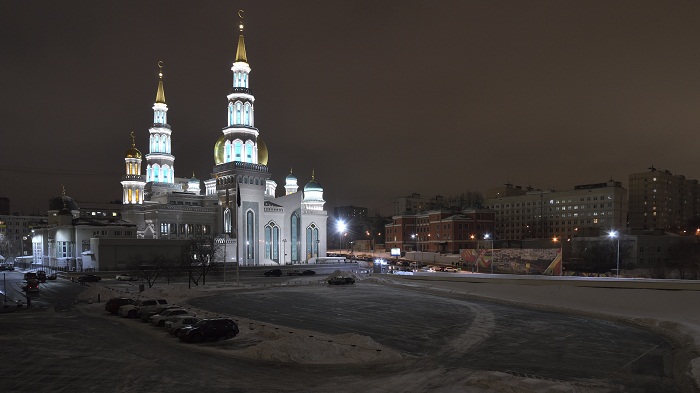 In June 2008, the mosque was recognized as an object of cultural heritage, however, later it was removed from the list of historical and architectural monuments, thus beginning with the demolition. 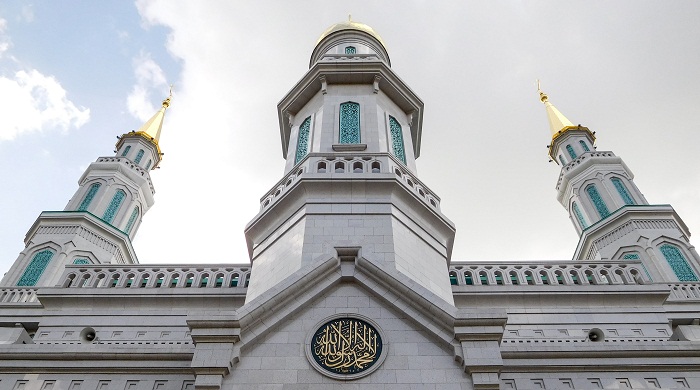 There were some plans for the mosque to be reconstructed according to the design of the architect Ilyas Tazhiyev, who wanted to disassemble the religious object, to collect all the stones and re-assemble it again, nevertheless, that did not happen and the mosque we see today was designed by the architect Nikolay Zhukov. 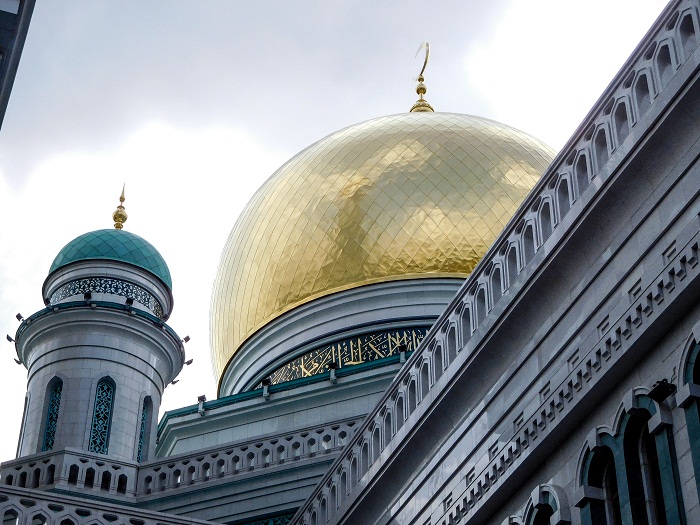 The Moscow Cathedral Mosque has astonishing minarets that are 72 meters (236 feet) tall, and a central dome that is 46 meters (151 feet) high, still, being the second largest Muslim prayer facility in Russia after the Salawat Yulayev Mosque in Ufa, the capital city of the federal subject of Russia, the Republic of Bashkortostan, it will accommodate up to 10,000 people. 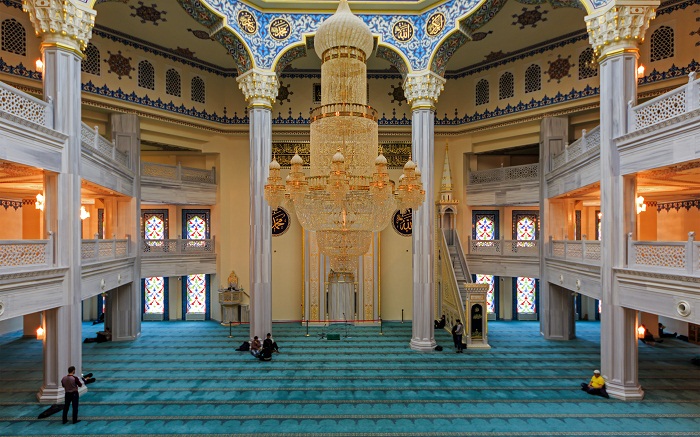 Most of the money to rebuild this magnificent building were donated by the Russian businessman and senator of Dagestan, Suleyman Kerimov, in memory of his father, but there were also other public figures who too donated. 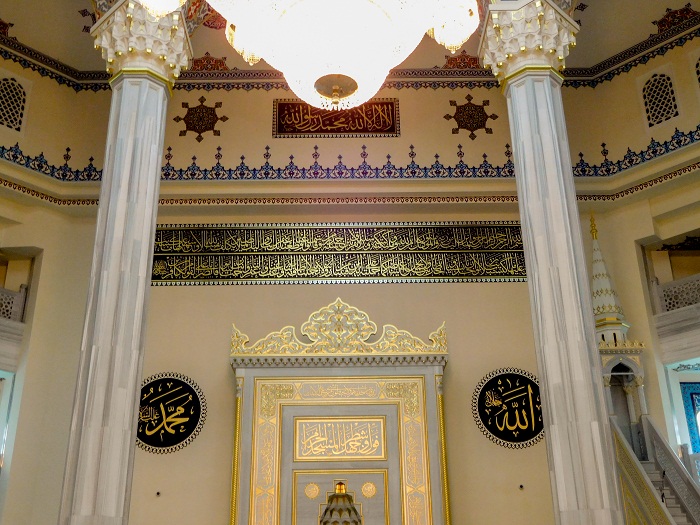 One of the most impressive artworks is the interior of the mosque which is carved with traditional Russian ornamental inscriptions, a work done by Turkish craftsmen, and on the exterior is clearly visible that the dome and the pavilions are covered with 12 kg (25 lb) of gold leaf in order to blend in with the Moscow skyline, which is dominated by golden domes of its churches. 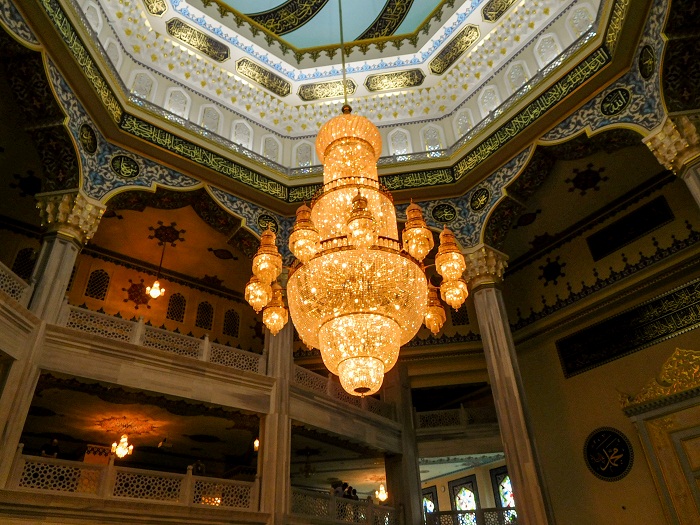 It is uncertain why the architect wanted the mosque to have the shape and style of many Orthodox churches, but except for the Islamic crescents atop the minaret and dome, it blends clearly into the skyline and it is still better to have an impressive place of worship than no place at all. 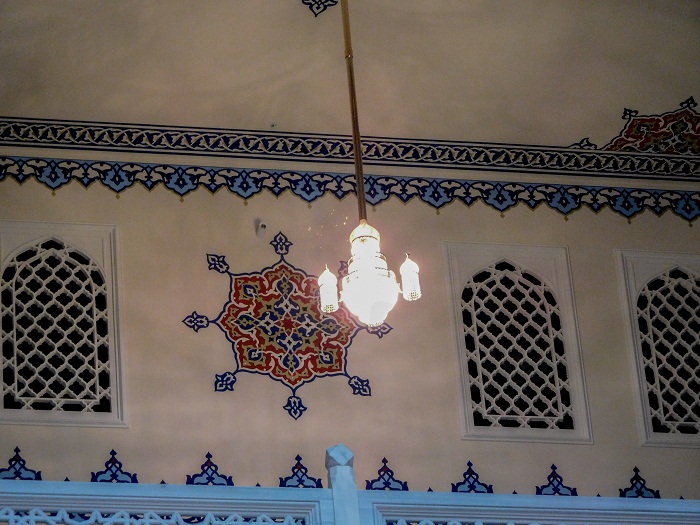 Nevertheless, Moscow continues to face with shortage of mosques around the city, this becomes more visible during the major religious holidays, where the nearby streets and spaces are being overcrowded with worshipers. 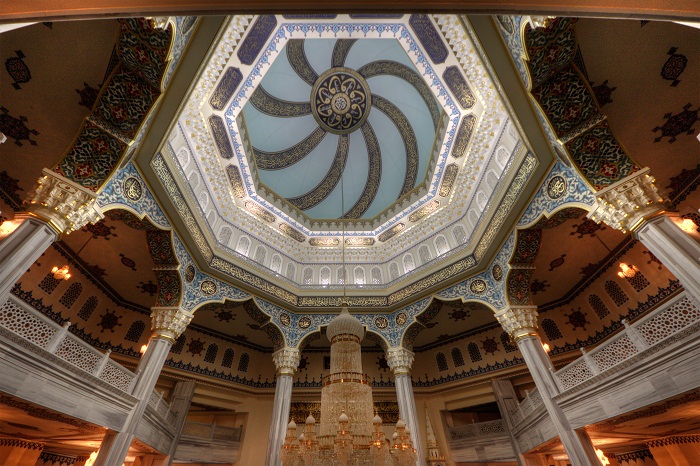 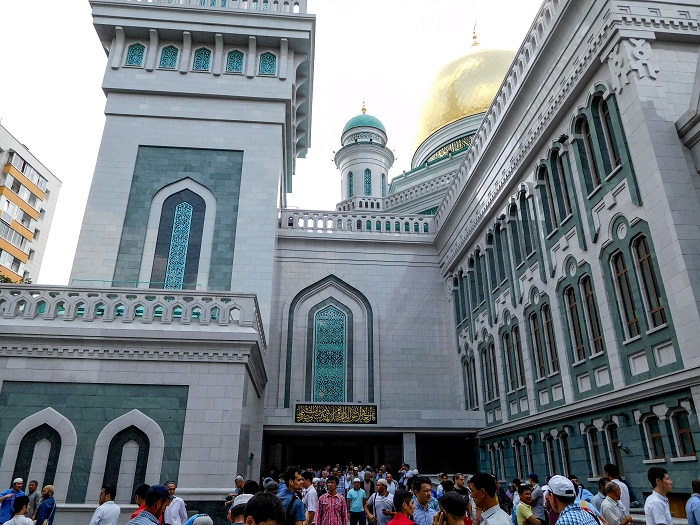 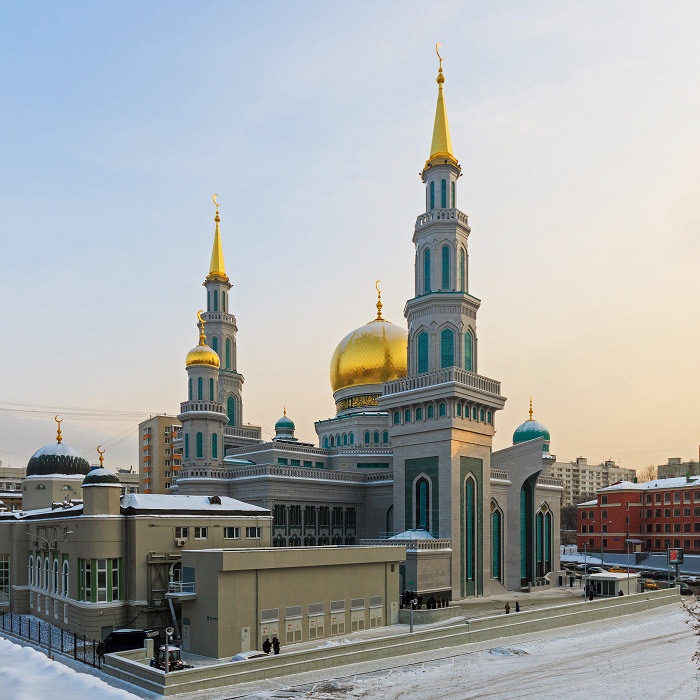 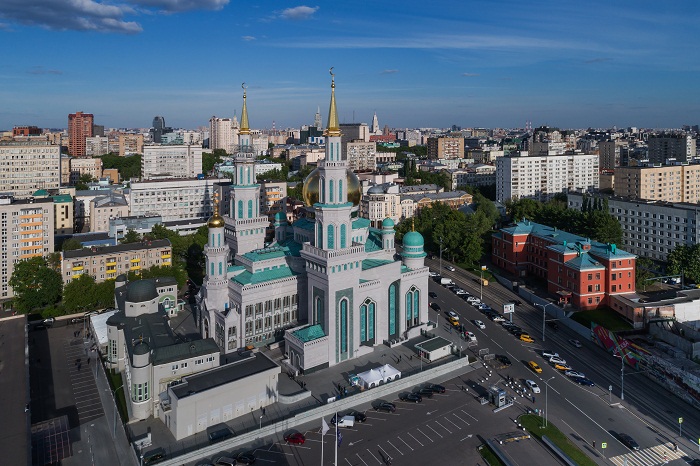