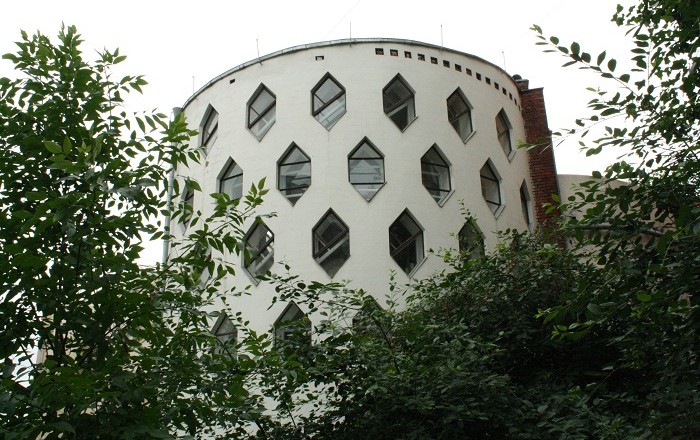 Melnikov House is one of the very few private houses that were built during the Soviet time, more precisely between 1927 and 1929, located in the capital city of the Russian Federation, Moscow. This architectural masterpiece has an unusual style, as it is the case with most of the buildings and monuments around the former Soviet Union. 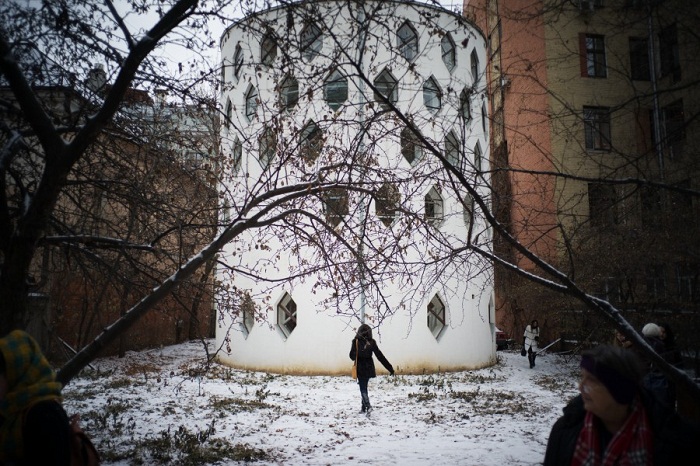 Consisting of two intersecting cylindrical towers, the building is decorated with a pattern of hexagonal windows, with the total of three floors. This is making the aesthetics of the Melnikov House to differ dramatically from other traditional residential buildings, and as only few people were able to retain their land and most innovative work, Konstantin Melnikov was very much surprised from the approval from the district commission. 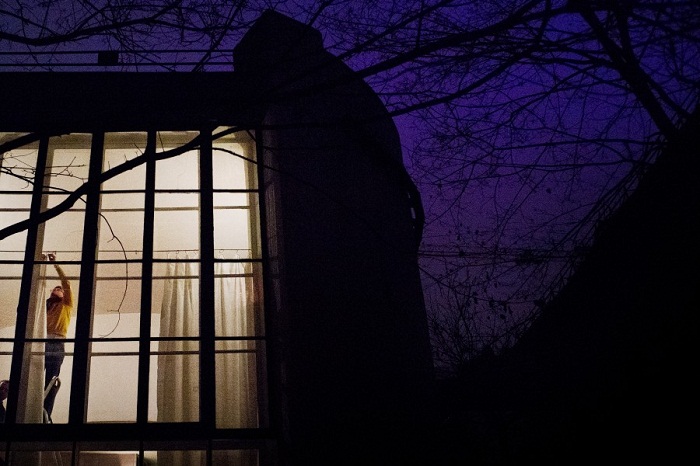 Melnikov always preferred to work in a homely environment, where he will have more than enough space to get inspired, as well as to house his family, architectural and painting workshops. The idea for the house came from the Zuev Workers Club, for which he has made a schematic draft. 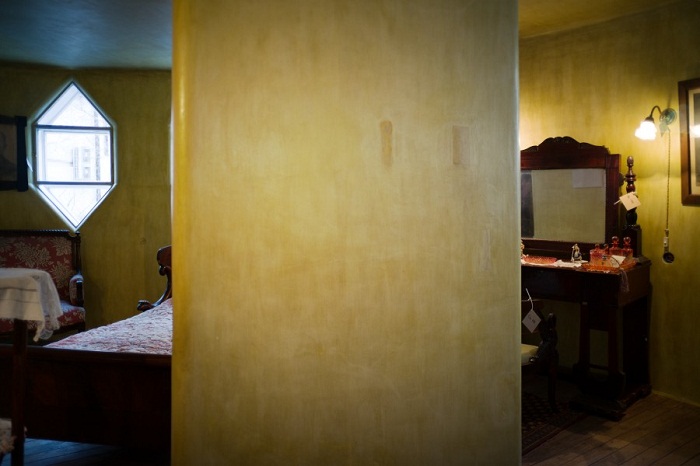 However, during the time of the construction, there was a significant rationing of materials by the state, which made it for Melnikov to build it with limited resources, nonetheless, with efficiency. Reasoning for the cylindrical shape was founded in his belief that they provided for an economy of material. 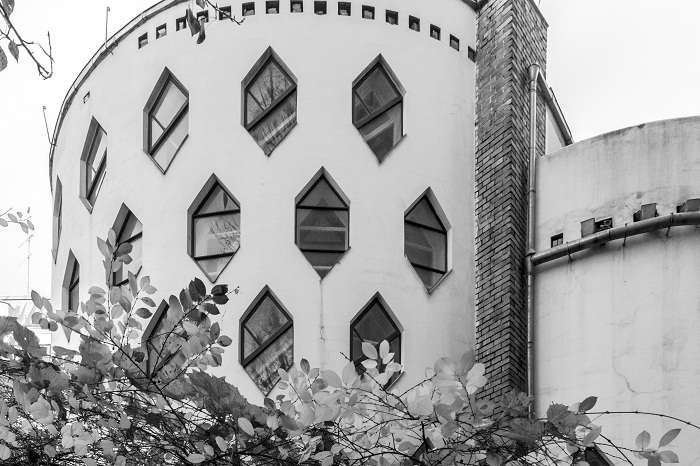 The first cylindrical volume sitting slightly lower in height than the rear cylinder faces the street and features a glazed curtain wall incorporating the main entry, where located in the rear is the iconic portion of the house with numerous hexagonal windows perforating the façade. 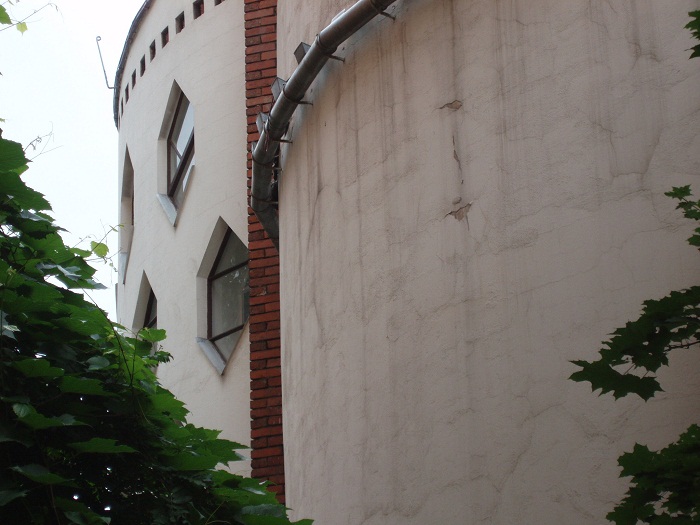 Exterior walls finished with white plaster are constructed in a honeycomb latticework using local brick, similar to the method pioneered by Vladimir Shukhov in 1896 using metal. This method employed minimal material while ensuring an efficient and rigid structure. 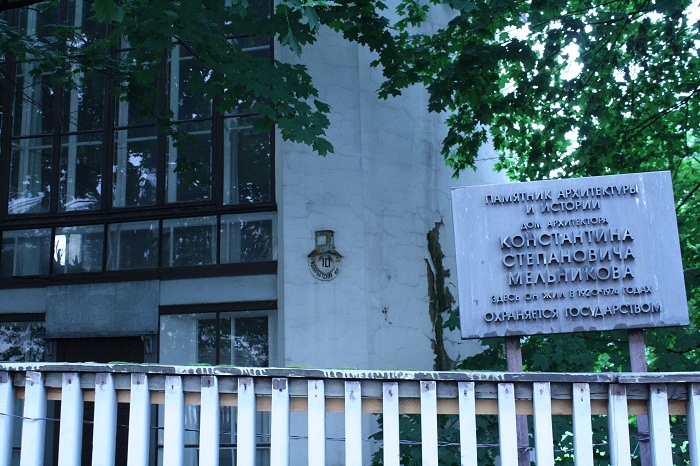 The shapes of the windows are a direct result of the honeycomb structure, with the angles determined by quarter lengths of the standard local bricks. As the whole structure is a honeycomb lattice made of brickwork, it is very interesting that the wooden ceilings have no supporting columns, nor horizontal girders. 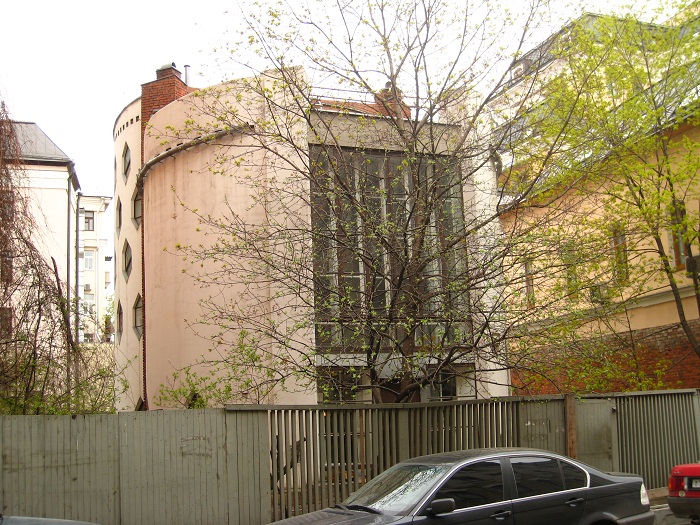 They were formed by a rectangular grid of flat planks, in a sort of orthotropic deck. Yet, this architectural masterpiece is in great jeopardy due to the corrosion caused by the construction in the surrounding area. The family members are trying to make it into a state-run museum which will enable the country to finance the preservation. When it will happen it is unknown due to the ongoing ownership disputes. 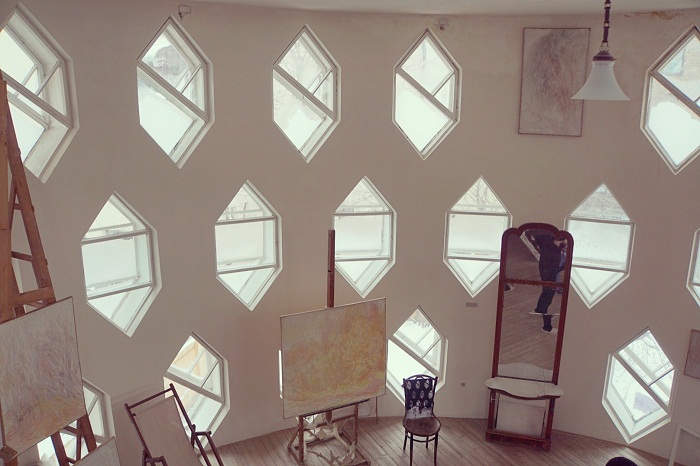 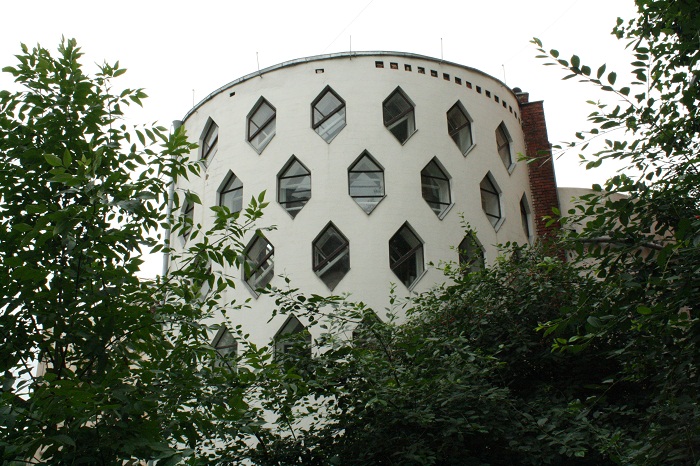 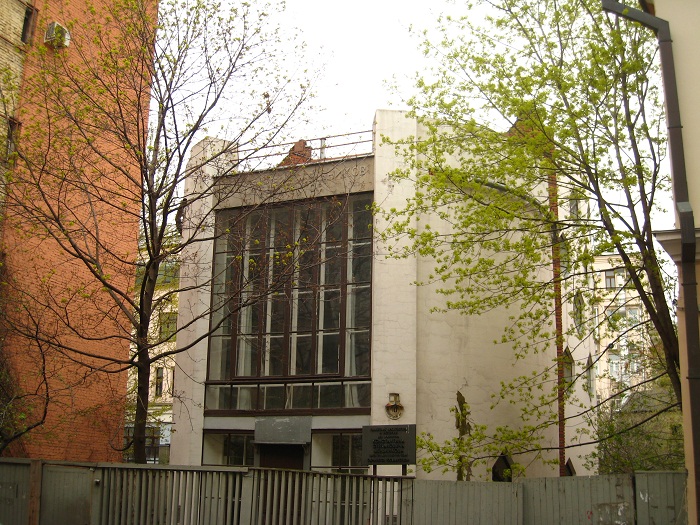 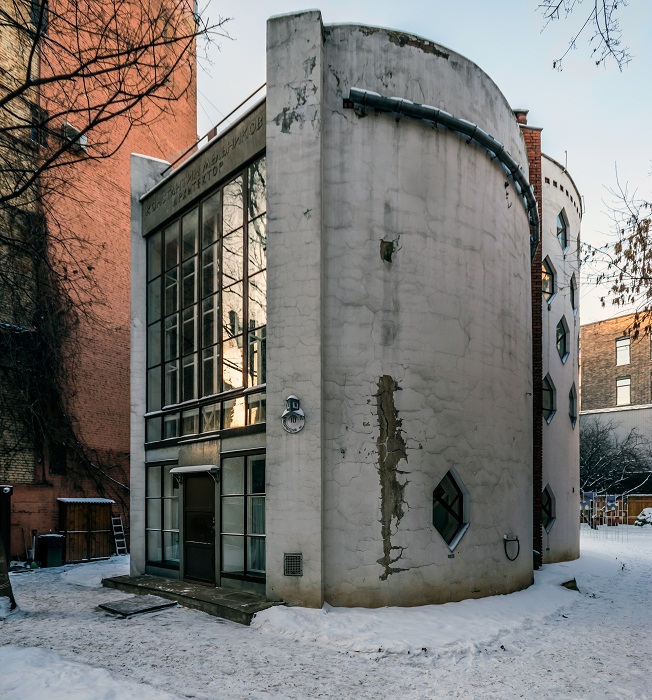