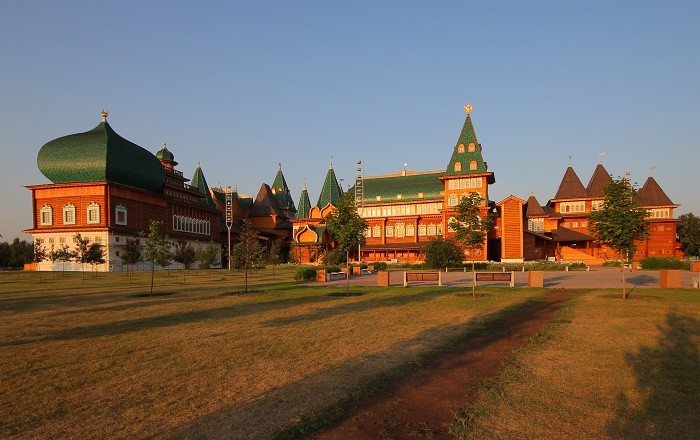 Kolomenskoye is a famous, former royal estate and also one of the most ancient places of human habitation located within the capital city of the Russian Federation, Moscow. At first, the estate was outside of the city, however, as Moscow grew bigger and bigger, it enwrapped the estate sometime around 1960s. 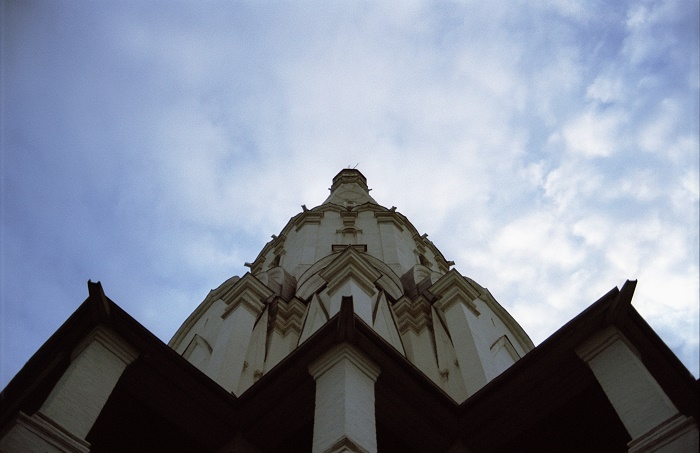 This amazing place is one of the most beautiful places one could see in all of Moscow, and there are archaeological items which were discovered in the vicinity of Kolomenskoye that date back from the Stone Age, which was the real proof that sometime between 5th and 3rd millennium BC settlements existed here. This, nowadays small village, was mentioned for the first time in 1339 in the testament of Ivan I of Moscow, who was the Grand Duke of Moscow. 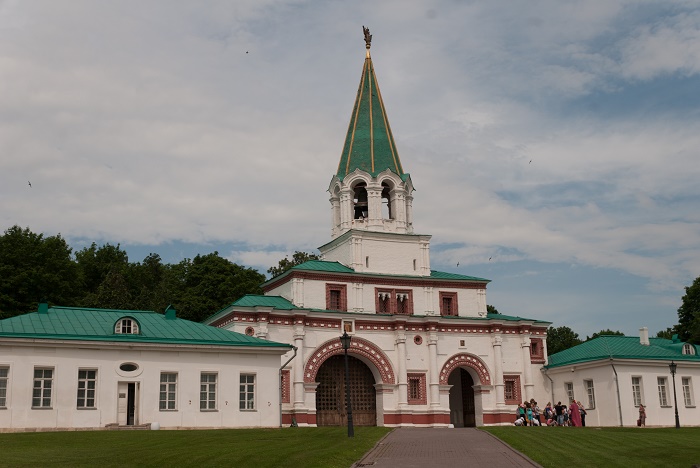 Later the village was developed as a favorite and getaway place for the grand princes of Muscovy, who ruled at the time the Grand Duchy of Moscow. The earliest existing structure built on the grounds is the exceptionally alluring and gorgeous Church of the Ascension, sometimes referred to as the White Column, built in 1532 from white stone to commemorate the birth of the long-awaited son and heir to the throne, Ivan IV Vasilyevich, also known as Ivan the Terrible. 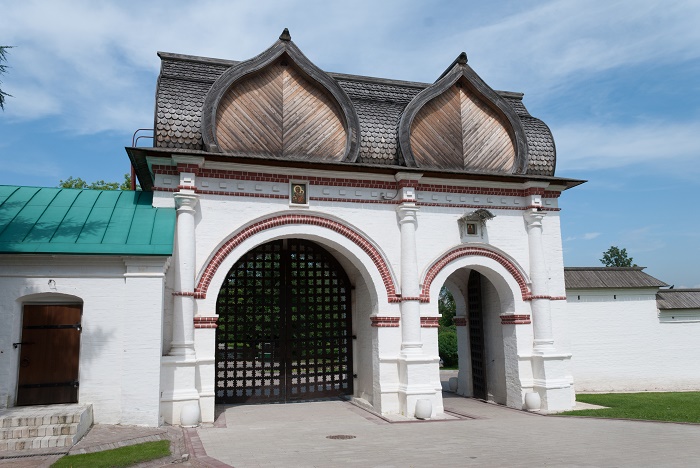 This church is not the traditional Byzantine style church, but it has an uncanonical tower that has some shape of a tent, and it is the first one to ever be built in this kind of style. Still, the first problems for Kolomenskoye came with the involvement in the historical events that are known as the Time of Troubles, which was a period of the Russian history comprising the years of interregnum between the death of the last Russian Tsar of the Rurik Dynasty, Feodor Ivanovich, in 1598, and the establishment of the Romanov Dynasty in 1613. 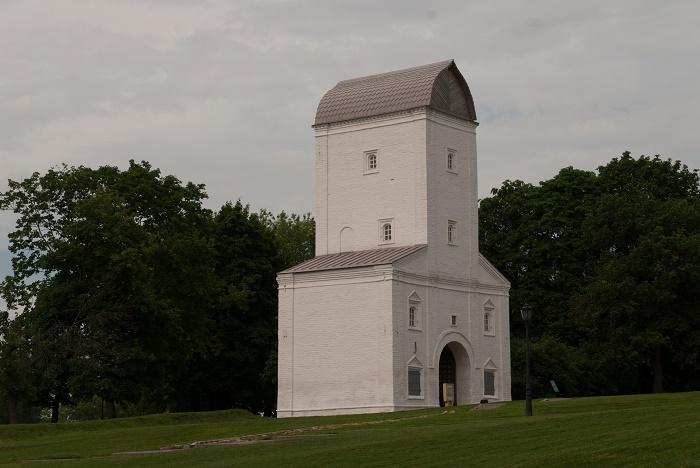 The interesting fact about the complex is that there were wooden structures previously, however, the Tsar Alexis I of Russia have demolished them and completely replaced them with a new great wooden palace, famed for its fanciful, fairytale-like looking roofs. 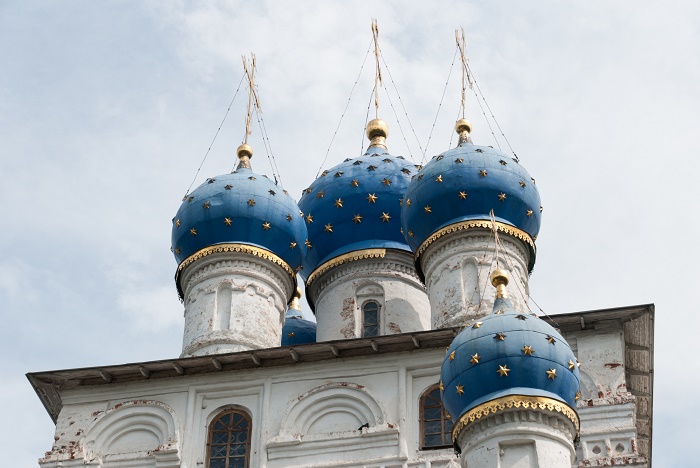 Also, Peter the Great was brought here for his own safety during the streltsy insurrection of 1682, began his studies here, and his daughter Elizabeth Petrovna was also born here. In addition, Alexander I of Russia, who reigned as Emperor of Russia, on his way to Moscow studied here together with his grandmother, the most renowned and longest-ruling female leader of Russia, Catherine II of Russia, better known as Catherine the Great. 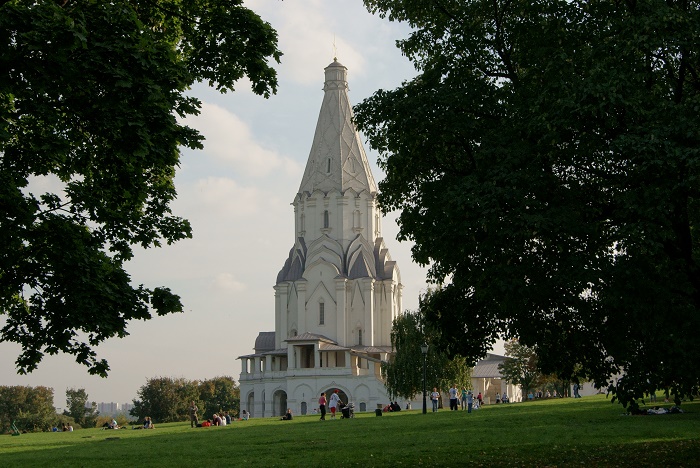 The sad moment for Kolomenskoye came with Catherine II, who refused to make the grounds her own Moscow residence, and with her orders the palace was demolished in 1768, which then was replaced by a much more modest stone-and-brick structure, which was destroyed in 1872, where today only a few gates and outside buildings are remaining. 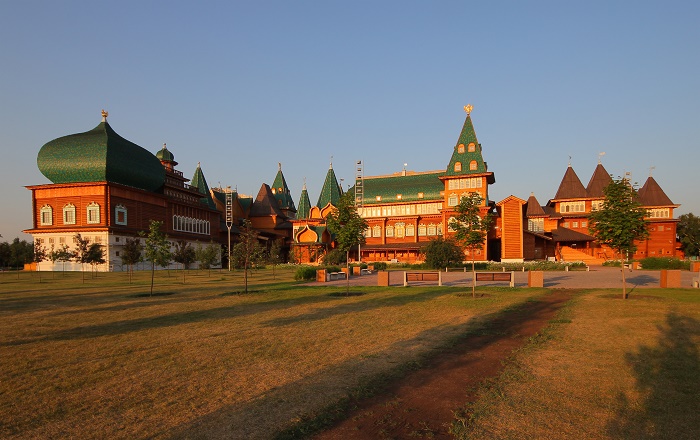 In 1923, a museum was founded here that went on to become the Museum of Wooden Architecture, and between 1930 and 1959, under the initiative of architect and restorer Pyotr Baranovsky, old wooden buildings and various artifacts were transported to Kolomenskoye from different parts of the USSR for preservation. 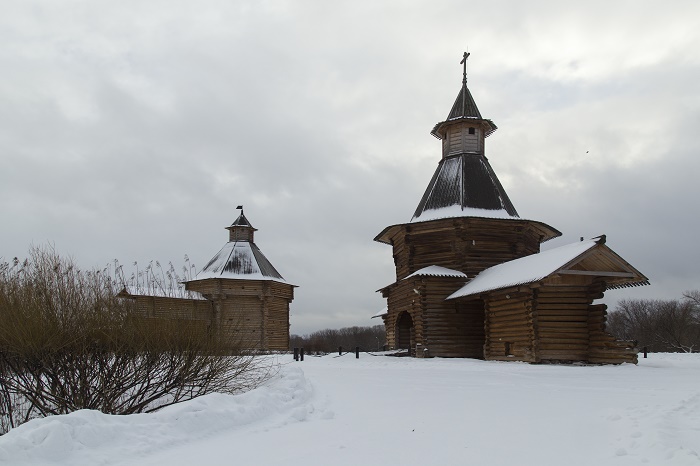 Some of those buildings that were also from the surrounding area include: the Church of John the Baptist in Dyakovo, Church of St. George together with its standalone bell tower and refectory, Church of Our Lady of Kazan, Barbican church of the Nikolo-Korelsky Monastery, Bratsk Stockade Tower, Boris stone from Belarus, Polovets stone idol, Tower from the Sumskoy Ostrog fortress, Peter the Great house from North Dvina River and many more. 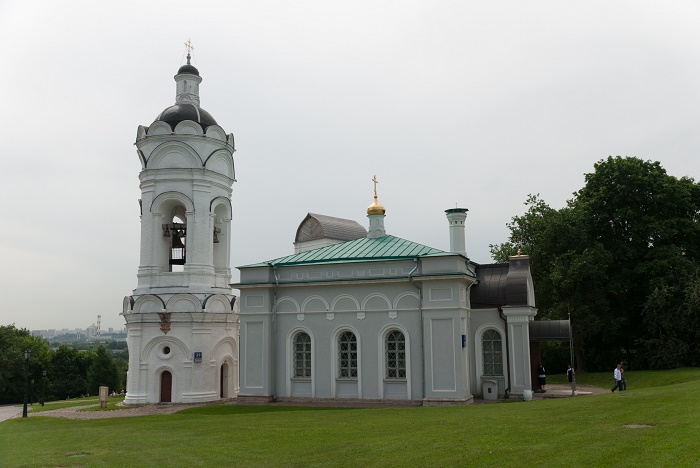 Lucky enough, some plans from the previous wooden palace survived, which were the leading example of a reconstruction to it, which actually happened in 2010, however, this one is 1 km (0.62 mi) south from the place where the original structure once stood. Inscribed on the UNESCO World Heritage Site in 1994, in summertime Kolomenskoye is one of the most popular places for the locals and those visiting the capital city to come and soak up the sun, although there’s more than enough space in the park to find tranquility and solitude. 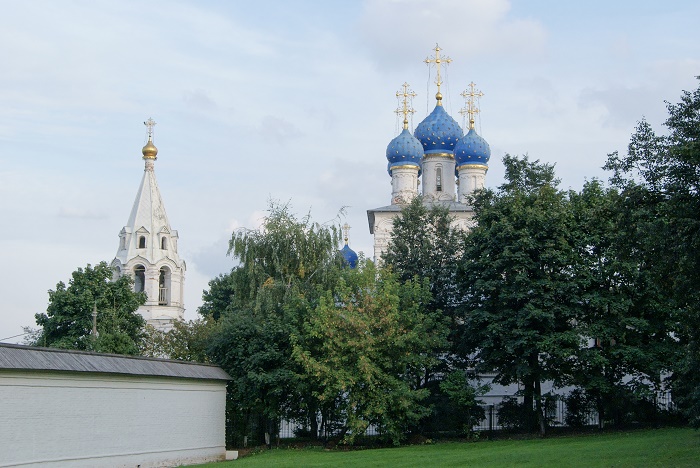 In winter the park is perhaps even more impressive, when there are far fewer visitors and the ancient buildings seem to have been left to the crows and the snow, but whatever time of the year one is going to come to the site, it is certain that it will be like a living fairytale. 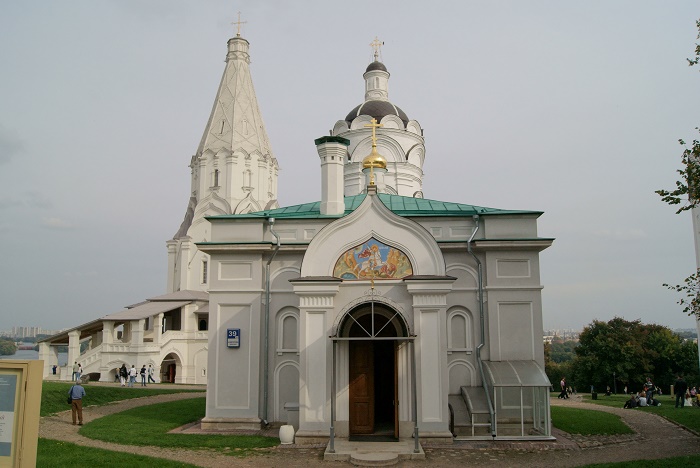