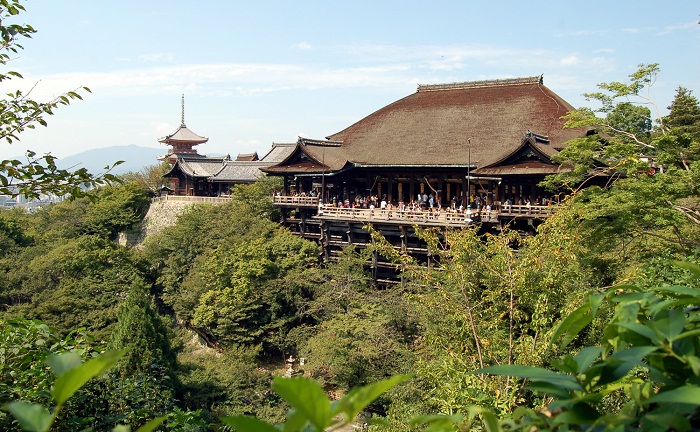 Kiyomizu-dera, officially known as Otowa-san Kiyomizu-dera, is an independent Buddhist temple, which is located in the city of Kyoto, the former Imperial capital of Japan. 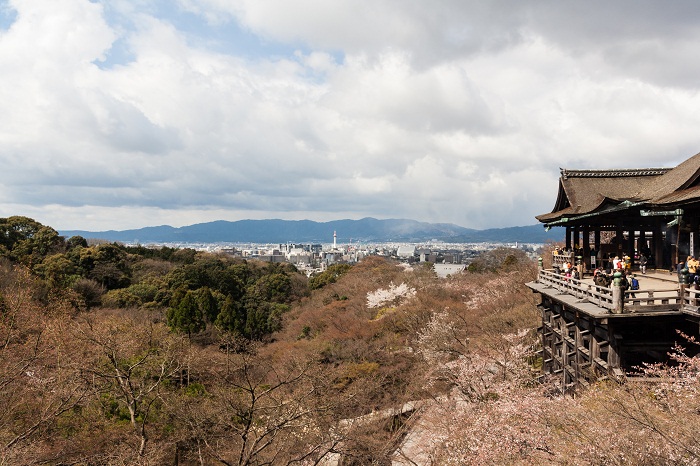 Perhaps one of the most popular of the temples in Kyoto, it is known also for the temple’s veranda juts out of the side of a mountain supported by wooden columns 13 meters (43 feet) high. 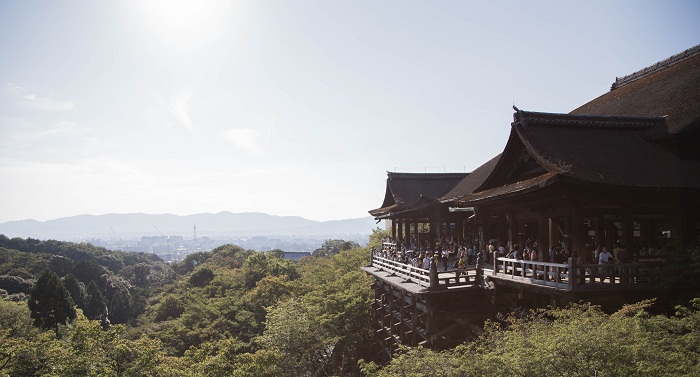 The main hall with its distinctive hip-shaped roof of cypress bark rests to the rear of the veranda and houses within it a priceless statue of Kannon Bodhisattva, the goddess of mercy. From the veranda, one can appreciate fine views facing west over the city of Kyoto. 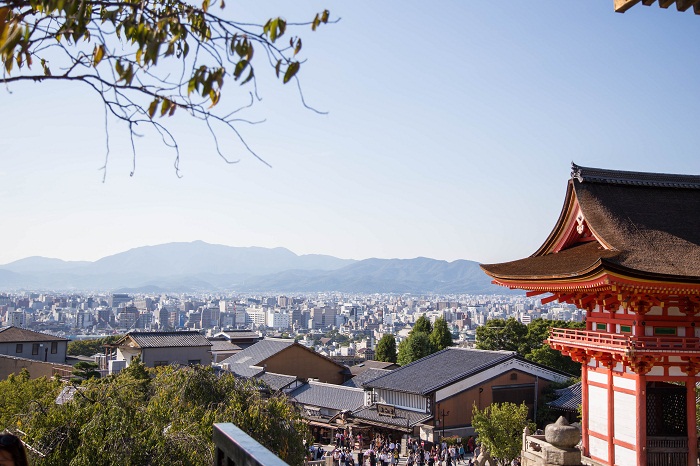 This is an auspicious place to watch the sunset, which may also explain the romantic associations accorded to the temple. More than 1,200 years old, it was founded in the early Heian period. The present buildings on the temple’s grounds were constructed in 1633, and ordered by the Tokugawa Iemitsu. 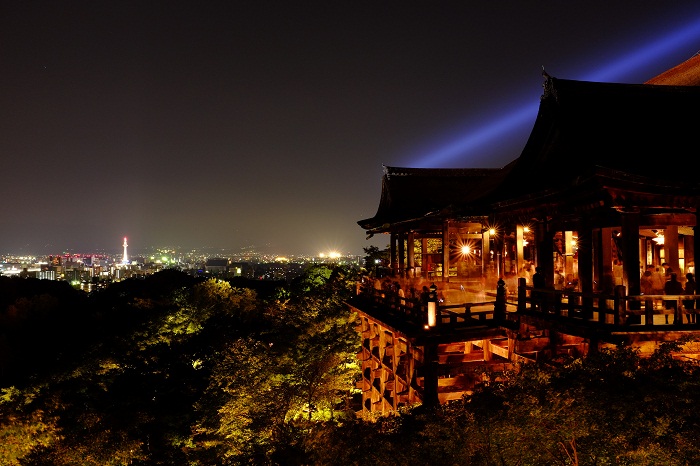 The most impressive fact about this temple is also that there are no nails in the entire structure, and nowadays, includes several other shrines, among which is the Jishu Shrine, dedicated to Ōkuninushi, a god of love and “good matches”. Offering various talismans, incense, and omikuji (paper fortunes), the site is particularly popular during festivals, when additional booths fill the grounds selling traditional holiday foodstuffs and souvenirs to throngs of visitors. 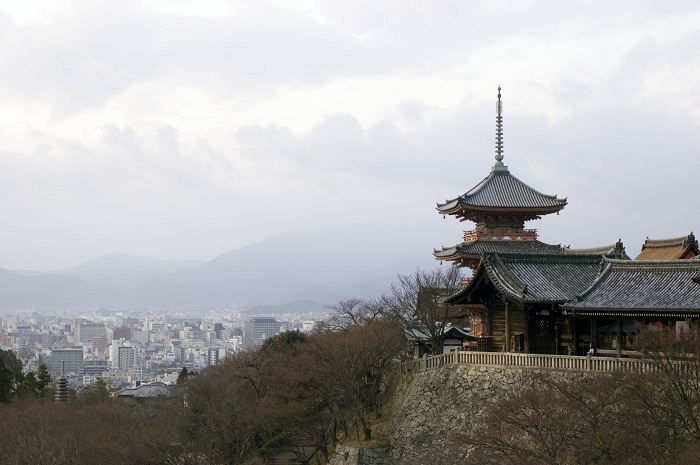 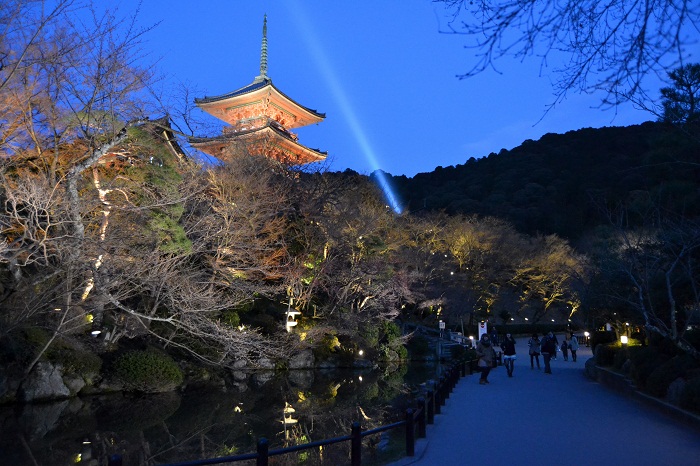 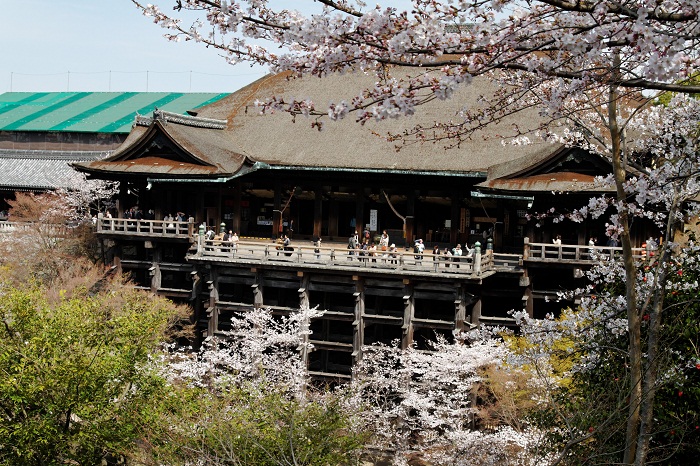 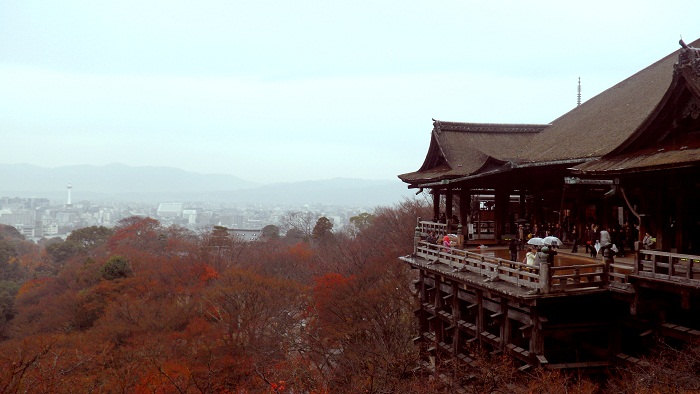 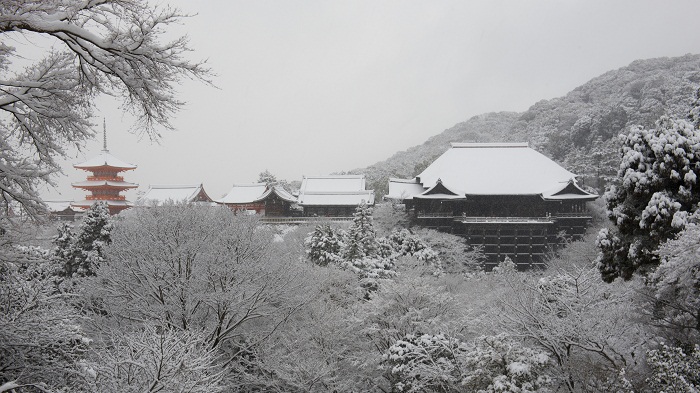