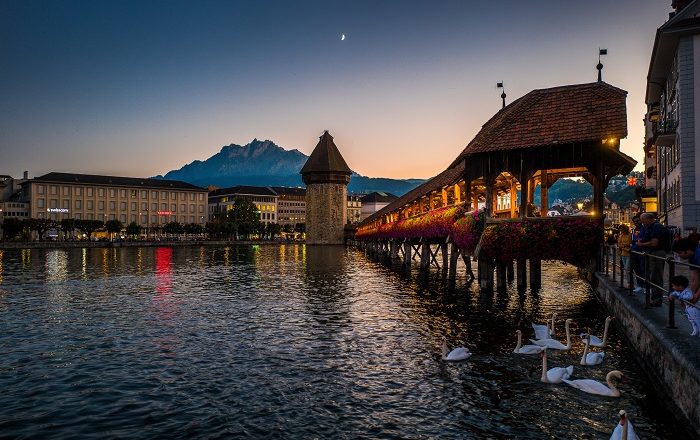 The Kapellbrücke is a beautiful wooden footbridge that is covered and it spans across the Reuss River in the city of Lucerne within the central part of the Swiss Confederation. When translated, its name literally means Chapel Bridge, and it was named as that because of the Saint Peter’s Chapel which is located in the vicinity of it. 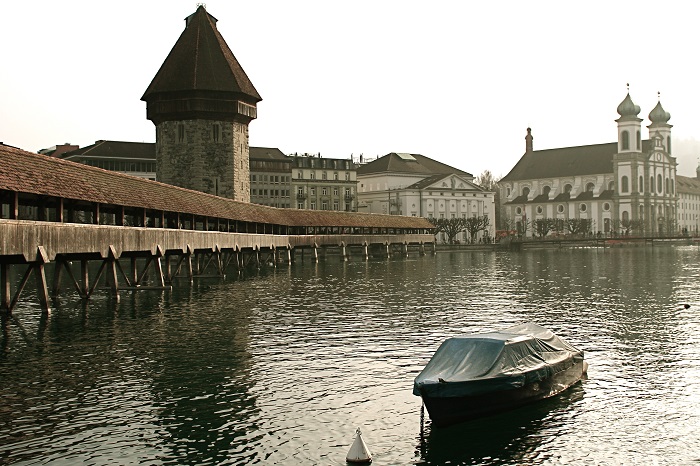 With total length of 205 meters (672 feet), the bridge is considered to have been built in 1333, although there are sources which state that the bridge itself was built around 1365 as part of the fortification. The wooden structure has an octagonal tower named Wasseturm which is 35 meters (113 feet) from the river’s bottom to the pointy top. 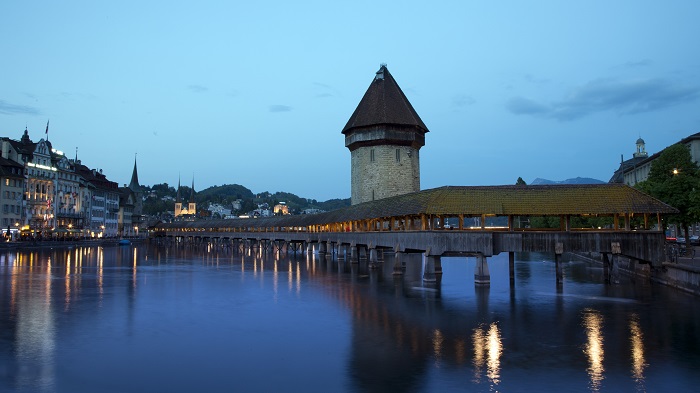 The tower is built some 30 years before the initial construction of Kapellbrücke and throughout the centuries it was used as a prison, torture chamber, and later a municipal archive. 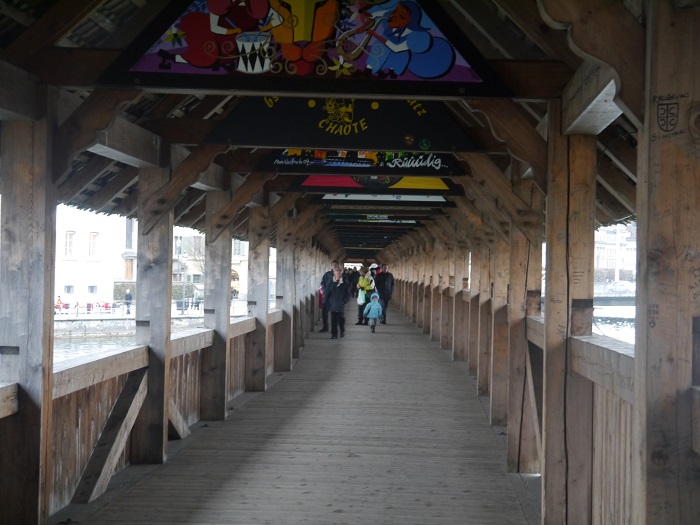 Still, the Kapellbrücke is considered of being the oldest surviving bridge as such in the world, and as there are strutted and triangulated trusses of moderate span which are then supported on piled trestles, within the wooden bridge visitors can admire the impressive triangular paintings that can date back to 17 century and show the long history and legends of Lucerne. 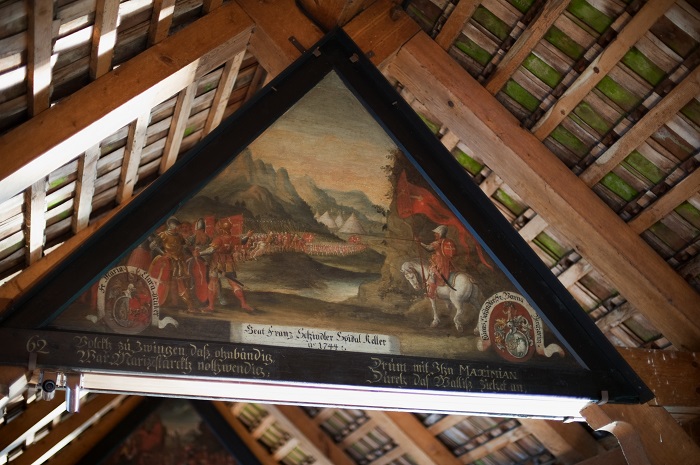 Unfortunately, on 18 August 1993 there was a severe fire which most likely was caused by a cigarette and burned down almost the entire bridge, yet saving only one third of the paintings. 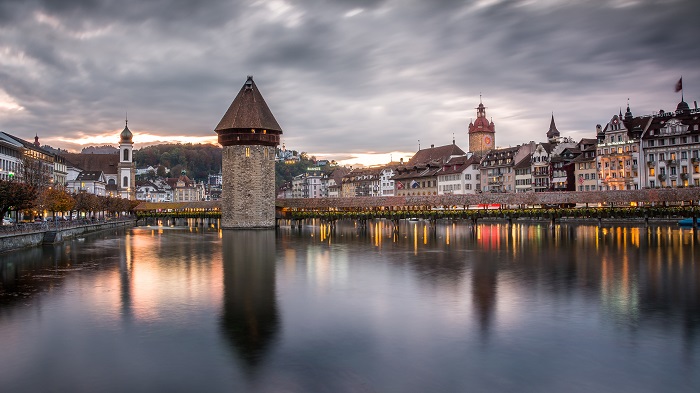 The following year, a major rebuilding began in the month of April, which brought back the grandeur of the historic bridge for which the city of Lucerne is famous. From the surviving paintings that numbered 147 and consistently endured the Swiss weather conditions, only 47 survived, and from the burnt ones, only 30 were completely restored. 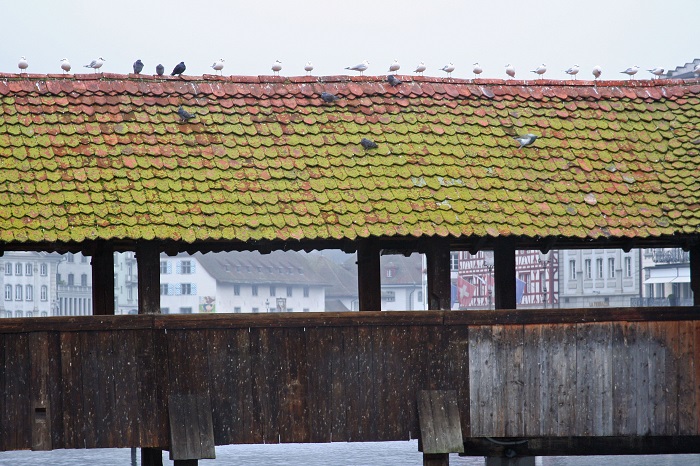 In conclusion, serving as one of the greatest Lucerne monuments, the Kapellbrücke shall continue to allure people to get to the city and witness in person this marvelous creation which will, with hope, won’t be destroyed or burned down once again. 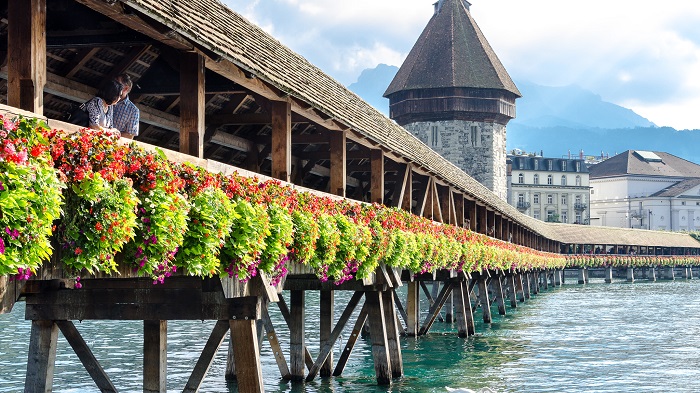 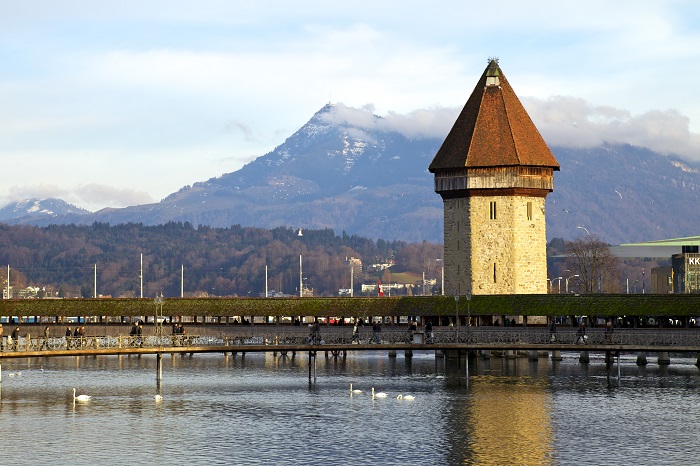 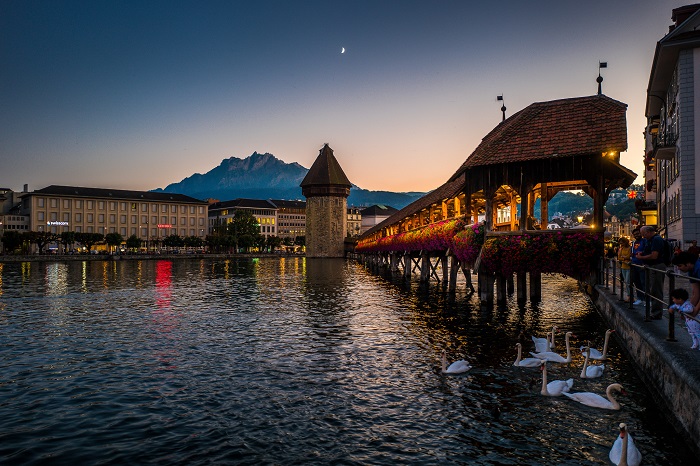