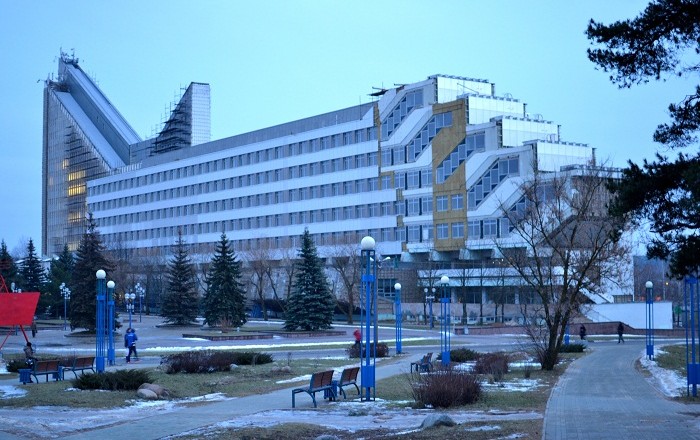 The Faculty of Architecture Building of the Belarusian State Technical University, or as some might call it Building #15, the ship or the airplane, is a ship-like shaped building built for the Belarusian University, located in the capital city, Minsk. Some people argue that it could resemble an ocean liner, a giant fish, a guitar, or even a star ship, nonetheless, whatever one is going to call it, it is one of the most recognizable buildings in Minsk, and in the country as well. 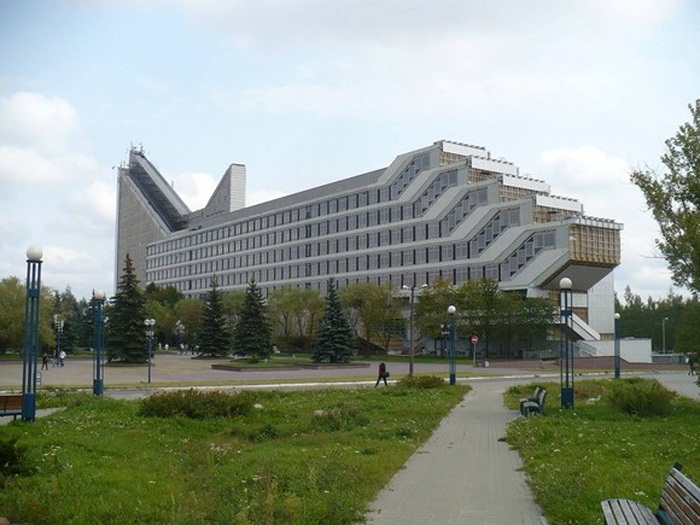 The building was designed by Yesman and Anakin, and was built in the early 1980s, where construction officially finished at the end of 1982. Back then the architects did not take into account the will of the officials, and tried to create a memorable image of the building which will represent the Soviet Monumentalism, adding new motives, features of decorativeness to the previous design. 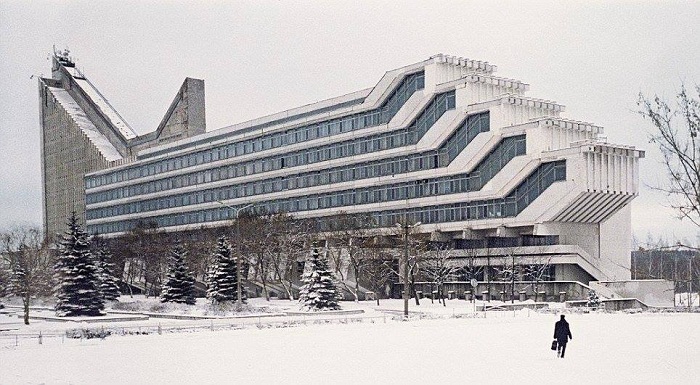 Alongside the central building, there were new dormitories, canteen, sporting center and a laboratory built as well which are connected by covered walkways. But, the project wasn’t realized to a full degree. The architects’ initial plans concerning the campus were quite different from what was realized. 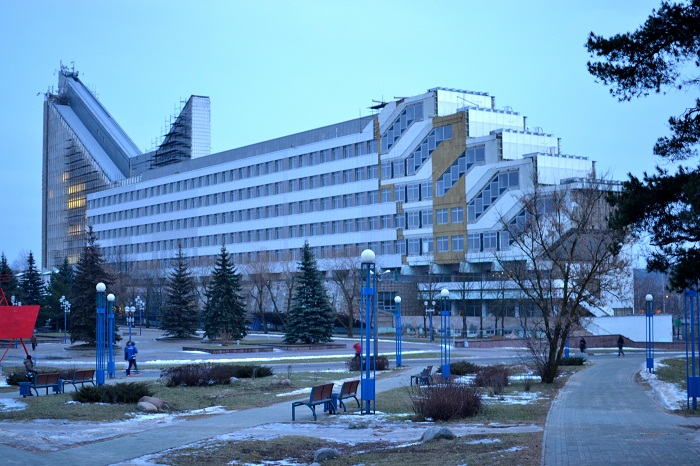 Moreover, the ship was supposed to be two times broader. There seems to be always some kind of reconstruction, whether inside or outside, and the regular people can only see this marvelous complex only from the outside. Well, seeing on the outside is more than enough for one to witness one of the amazing former Soviet architectural designs. 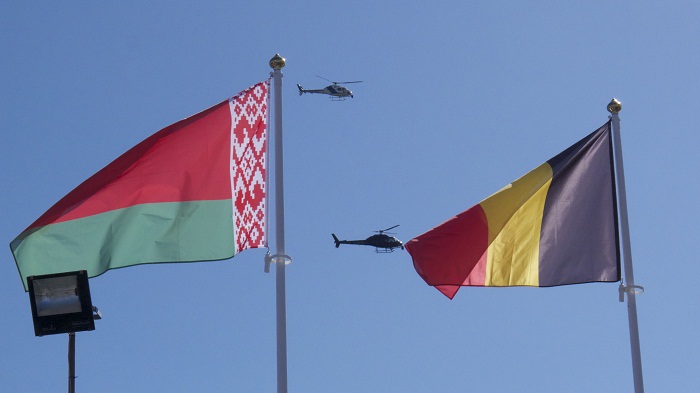