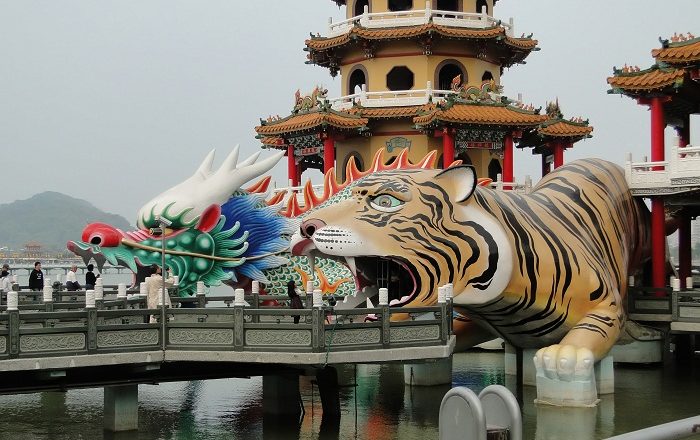 The Dragon and Tiger Pagodas is a unique two towers temple which is located on the Lotus Pond in the Zuoying District of the Kaohsiung Municipality in the southern part of the Republic of China, better known as Taiwan. 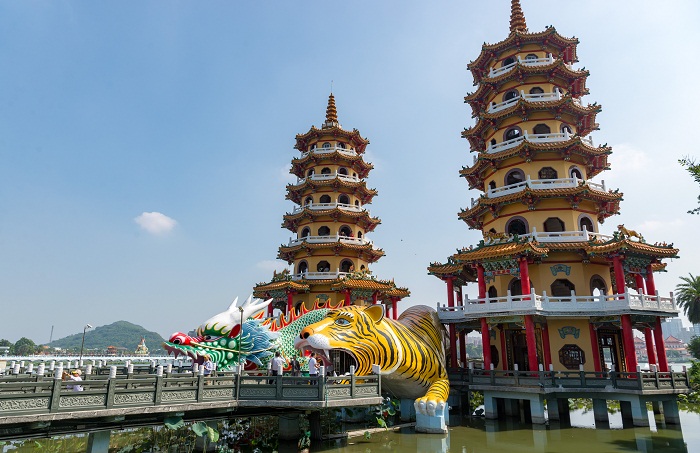 Considered to be among the most interesting attractions of the district, the artificial pond on which it is located was built in 1951, and soon after, in 1976 the two temples were built too. Both of the towers have seven floors which have yellow walls, red pillars and orange tiles, and they are connected with the lake’s shore by a zigzag bridge. 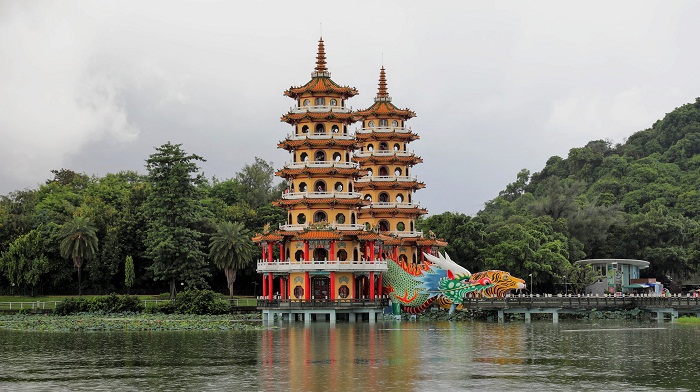 As the dragon symbolizes auspicious power and strength in the Chinese culture, where they have control over water, including rain and floods, the dragons were often used by the emperors of China as their symbol, and it is even one of the 12 zodiac signs. The tiger on other hand symbolize prowess, righteousness, and harmony, and according to the Chinese, it is the king of all animals, which too is part of the zodiac signs. 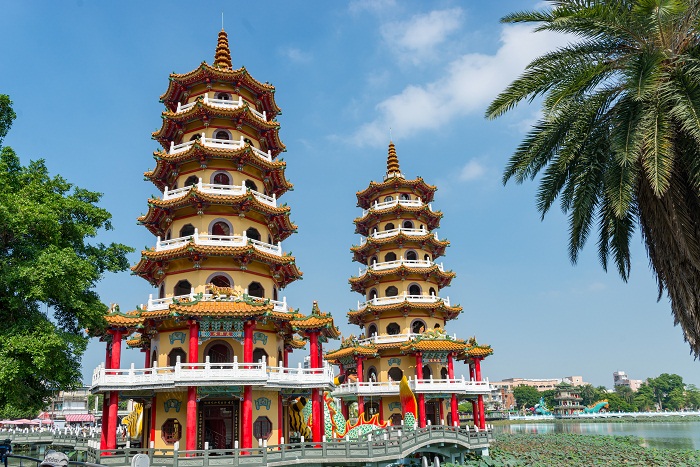 With the great importance the dragon and the tiger hold in the traditional Kaohsiung culture, it is always recommended for the visitors to enter through the dragon’s mouth and come out from the tiger’s mouth, in order to be able to get rid of the bad luck and turn it into a good one. 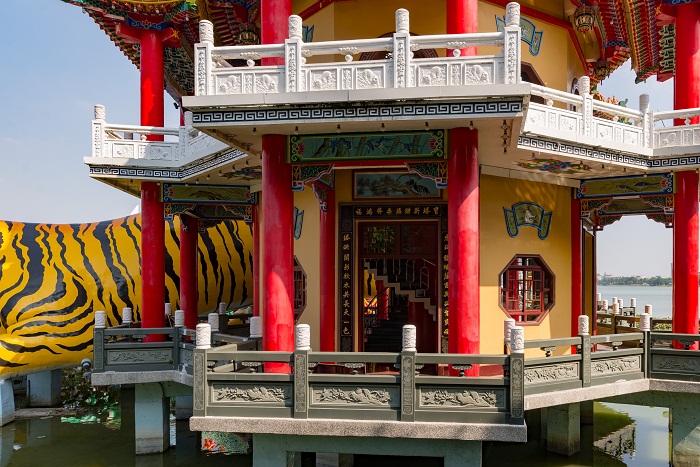 Within the towers, there are double spiral staircases that bring in and take everyone out, while showcasing the interesting paintings which depict various Buddhist and Taoist characters and ancient stories. 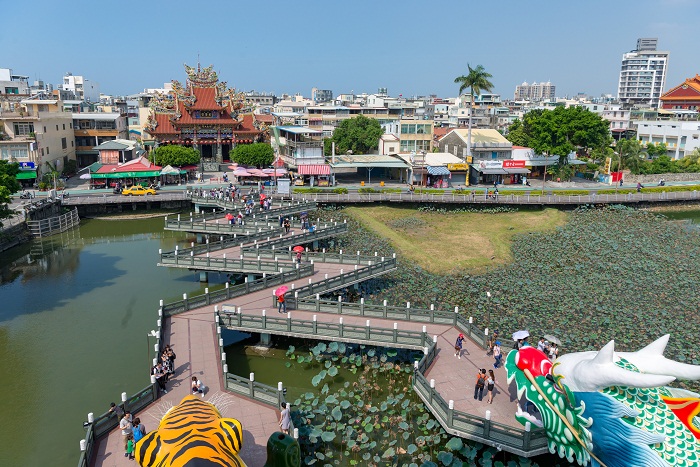 All in all, the pagodas are definitely one of the greatest architectural marvels of the southern part of Taiwan which allure plenty of visitors who are eager to visit them in order to turn their bad into a good one, with hope that they will be doing only good deeds during their lifetime. 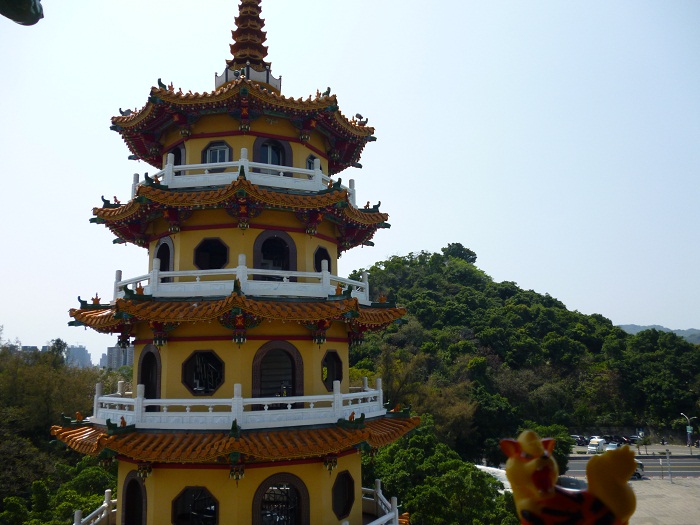 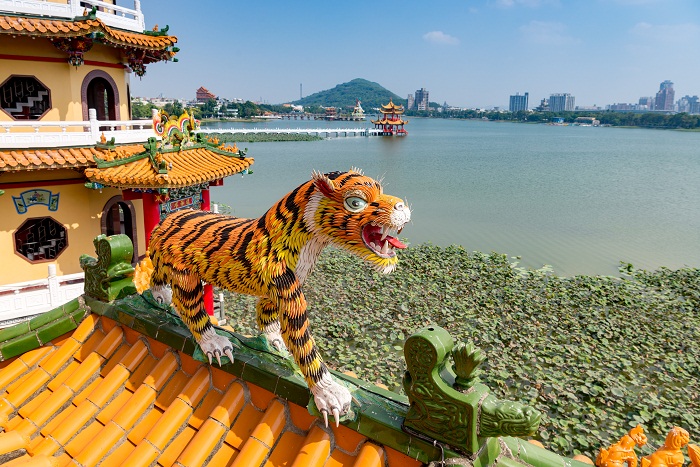 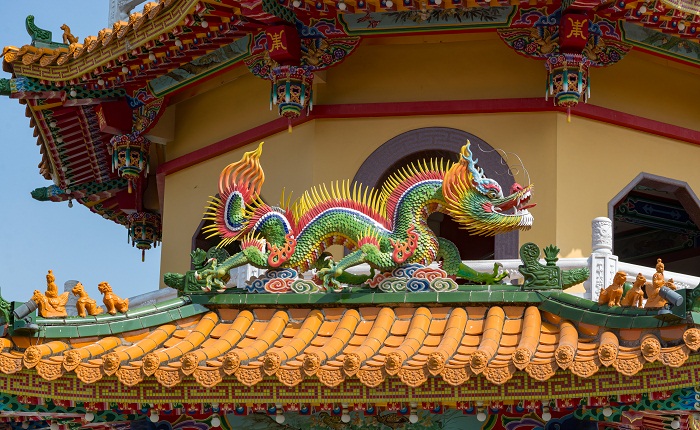 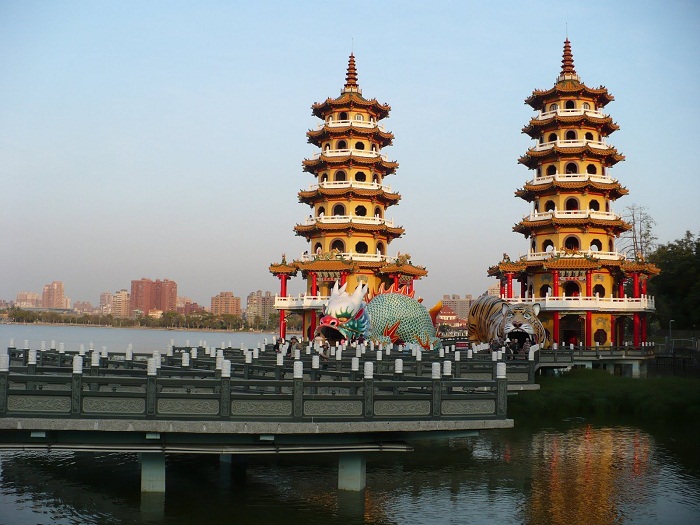 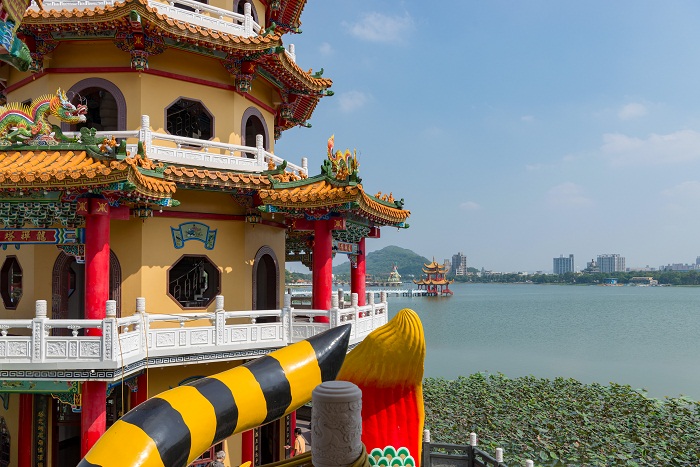 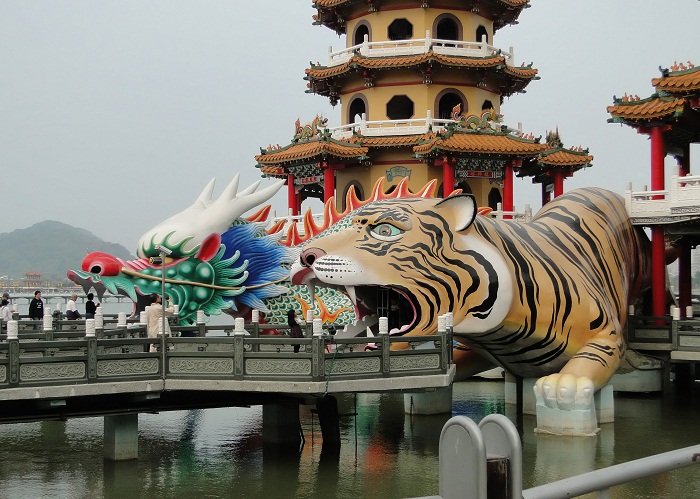