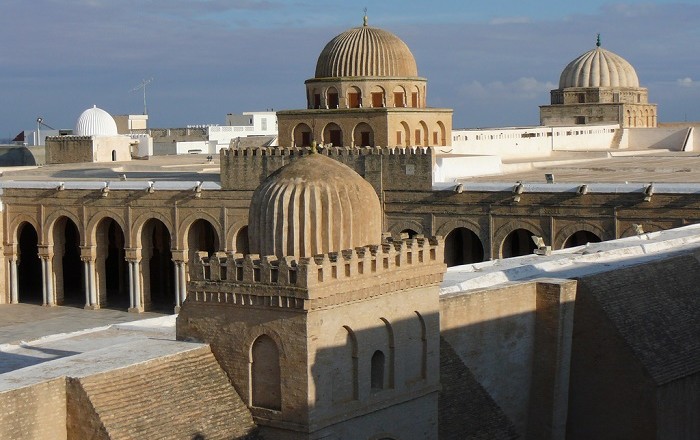 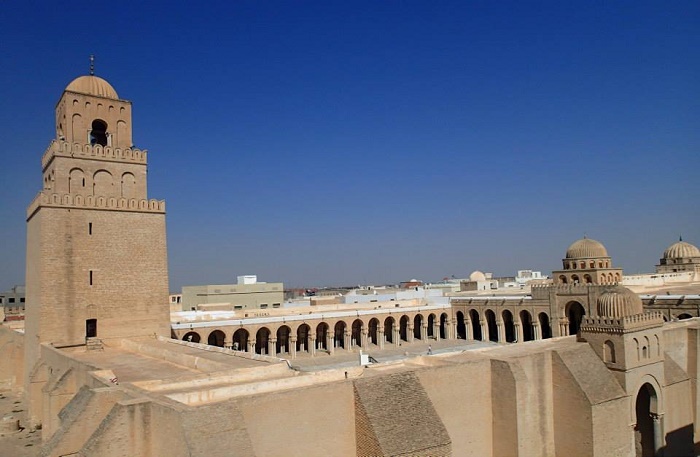 It is the oldest Muslim place of worship in Africa and is commonly regarded as the fourth holiest site in Islam (after Mecca, Medina, and Jerusalem). Established by the Arab general Uqba ibn Nafi in 670 AD (the year 50 according to the Islamic calendar) at the founding of the city of Kairouan, the mosque is spread over a surface area of 9,000 square metres and it is a model for all later mosques in the Maghreb. 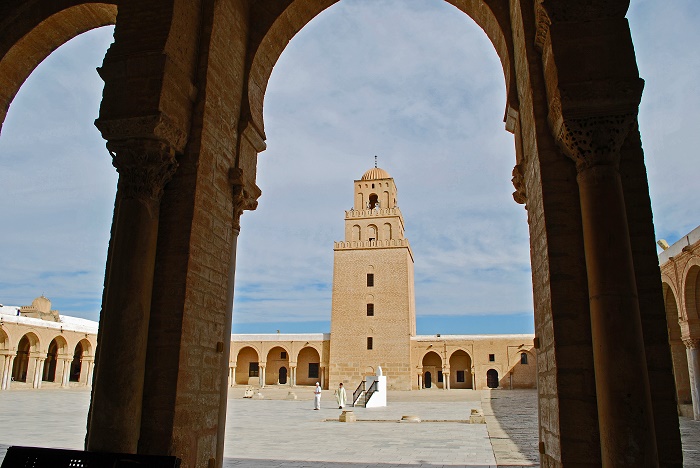 For centuries, the Great Mosque of Kairouan has served as a pilgrimage destination for North Africans not able to make the long trip to Mecca. According to popular belief, seven trips to Kairouan was worth one hajj to Mecca. The exterior of the Great Mosque of Kairouan, with buttressed walls, is in the typically austere Aghlabid design, but the grand minaret indicates the buildings significance and the mosque becomes far more impressive upon entering. 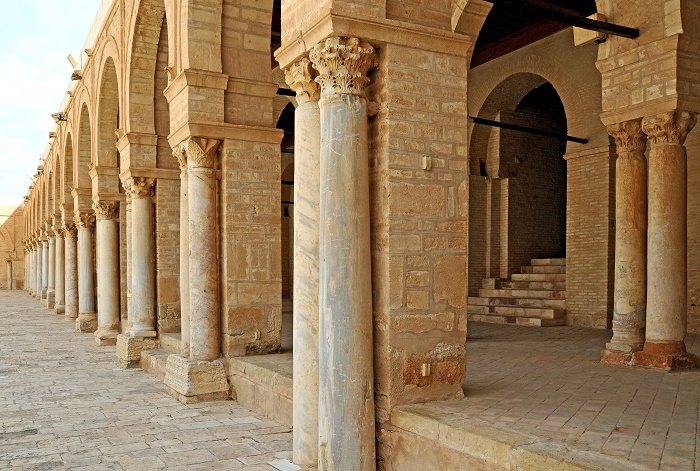 Muslims can enter the mosque through nine different gates; non-Muslim visitors use the main gate on rue Oqba ibn Nafaa and must be appropriately dressed. The courtyard is paved with flagstones and slopes to intricately decorated draining hole in the center, which filters dust from the rainwater and deposits it into a 9th-century cistern. Around the courtyard are beautiful horseshoe-arched porticoes containing some 400 ancient pillars. 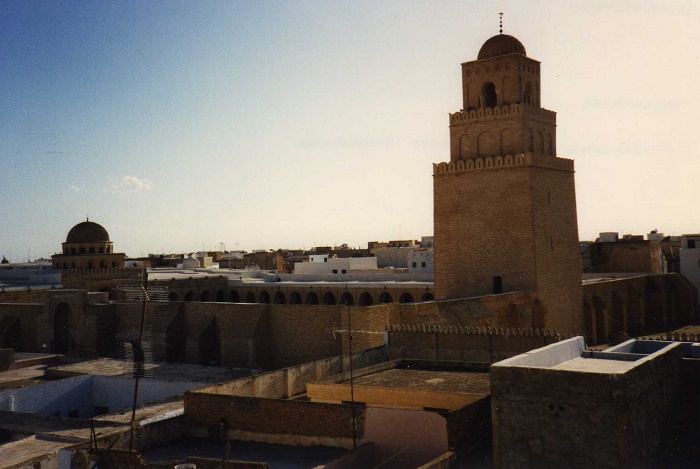 These were reused from Roman, Byzantine, and Latin Christian buildings, and symbols of these former faiths can be seen throughout. On the north side of the courtyard is a massive, three-story minaret that rises 35 m (115 ft) high. The lowest level of the minaret dates from 728 and includes two reused Roman slabs with Latin inscriptions (one upside down). Non-Muslims are not allowed inside, but the doors are left open to allow glimpses of the interior. 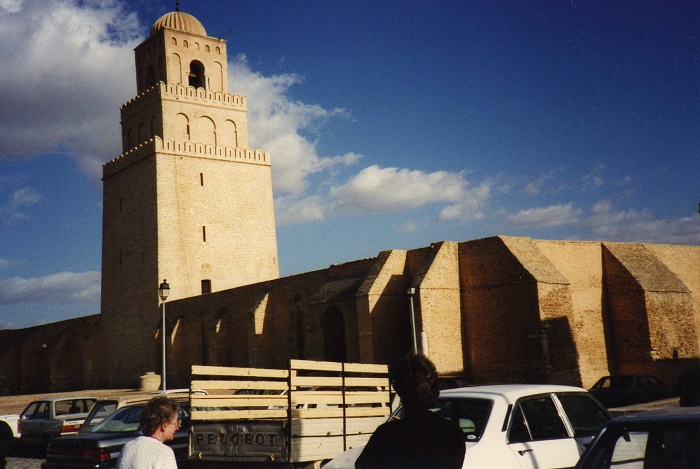 The prayer hall is located on the southern side of the courtyard ; and is accessed by 17 carved wooden doors. In the prayer hall, the 414 columns of marble, granite or porphyry (among more than 500 columns in the whole mosque), taken from ancient sites in the country such as Sbeïtla, Carthage, Hadrumetum and Chemtou, support the horseshoe arches. 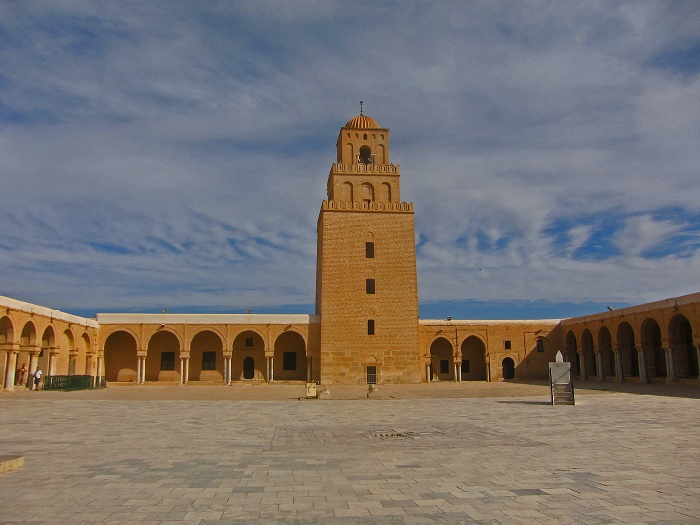 A legend says they could not count them without going blind. The central aisle leads to the 9th-century tiled mihrab (niche indicating the direction of Mecca) on the south side of the mosque. The tiles of the mihrab, as well as the wood for the nearby minbar (pulpit), were imported from Baghdad. Also inside the mosque are tombs of local saints. 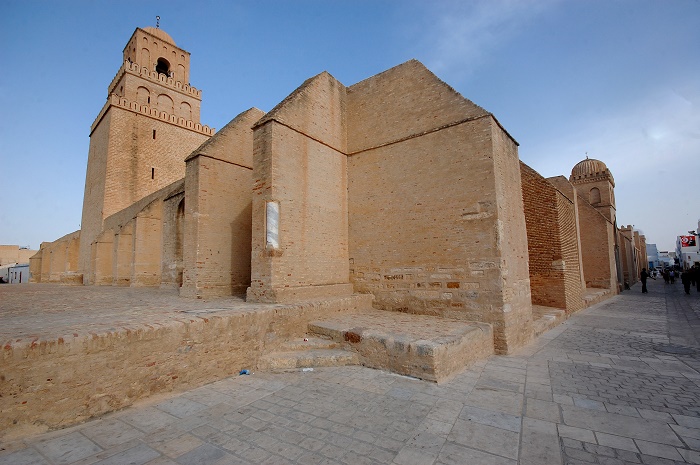 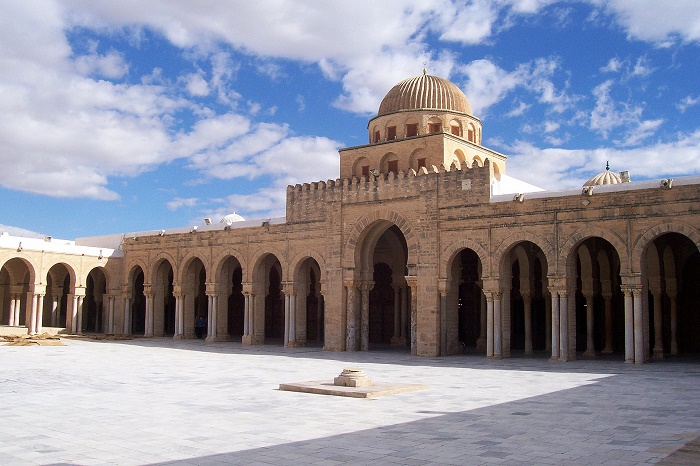 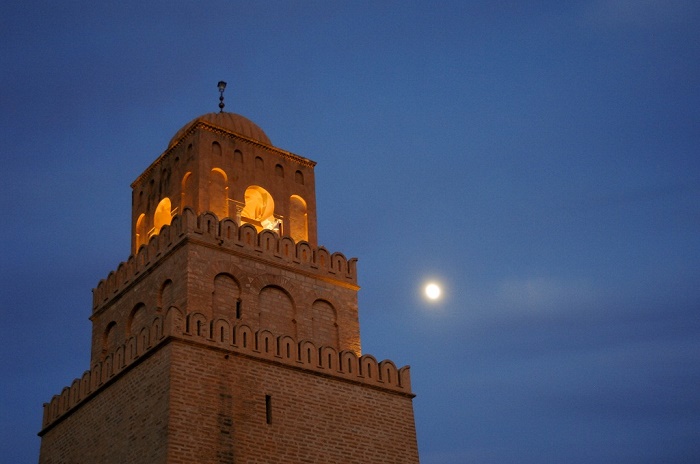 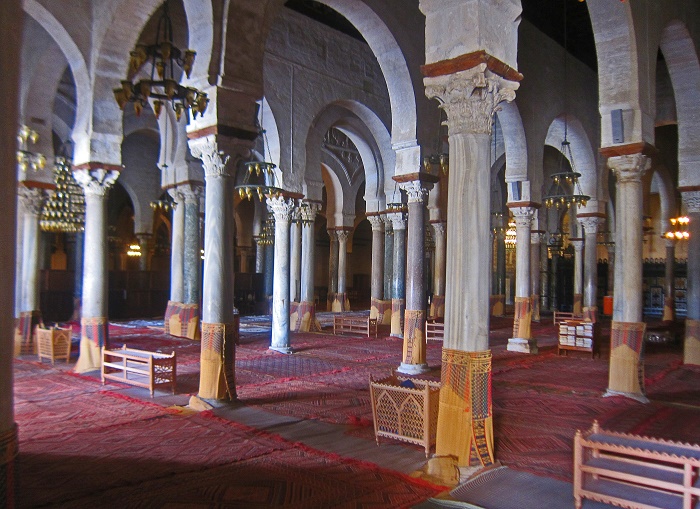 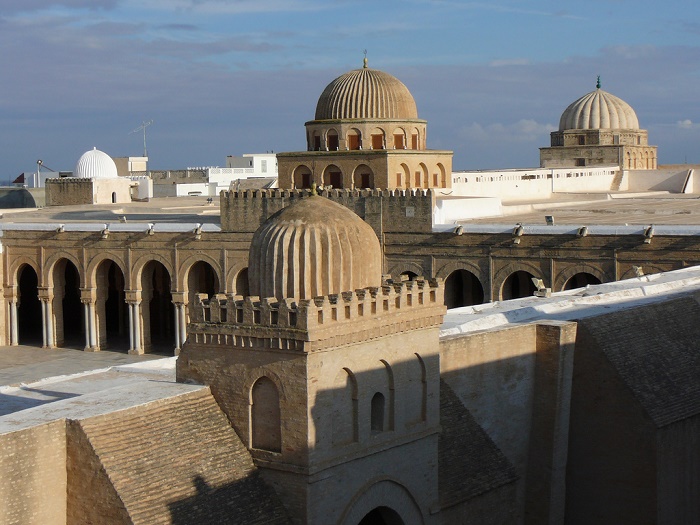