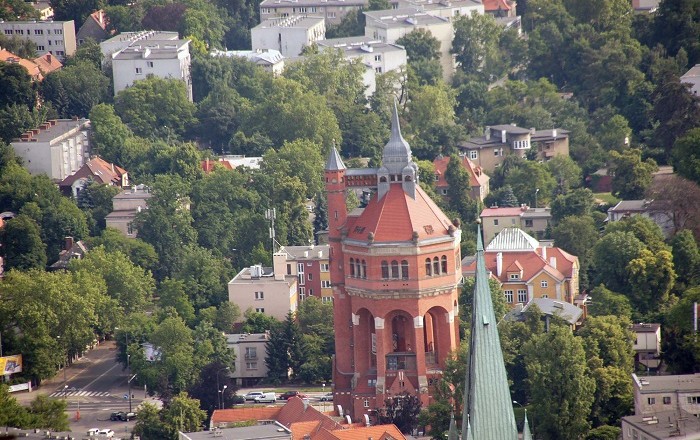 The Wrocław Water Tower is a historic structure that today serves as a monument, located in the southern part of the city of Wrocław, within the Republic of Poland. 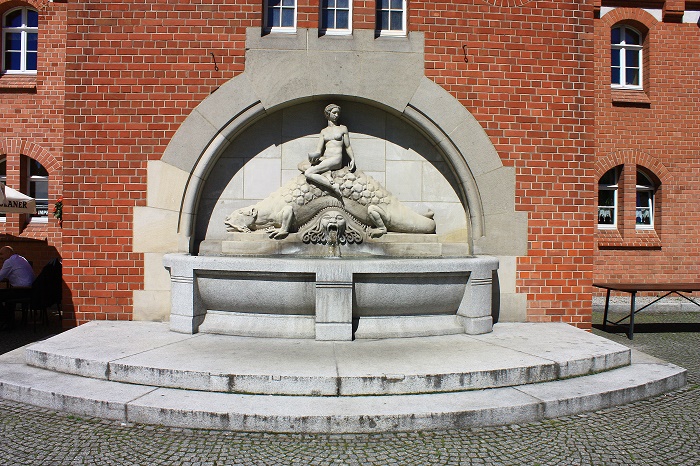 Originally designed by the German architect Karl Klimm, who was born in the city of Breslau, nowadays known as Wrocław, it is one of the most interesting architectural structures one could see in the Polish city. Built between 1903 and 1904, the main purpose for the construction was to supply the city of Breslau with water, whereas the base of the building would house the people who would be responsible for the continuing work of the tower. 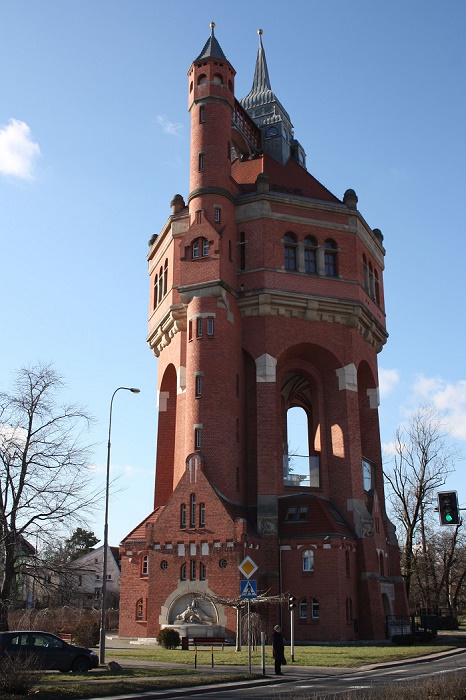 With a height of 63 meters (207 feet), it was at the beginning equipped with a lift, which was also used to bring people to the observation deck which was located at an altitude of 42 meters (138 feet) above the ground, allowing every visitor to glance at the breathtaking vistas of the big city. 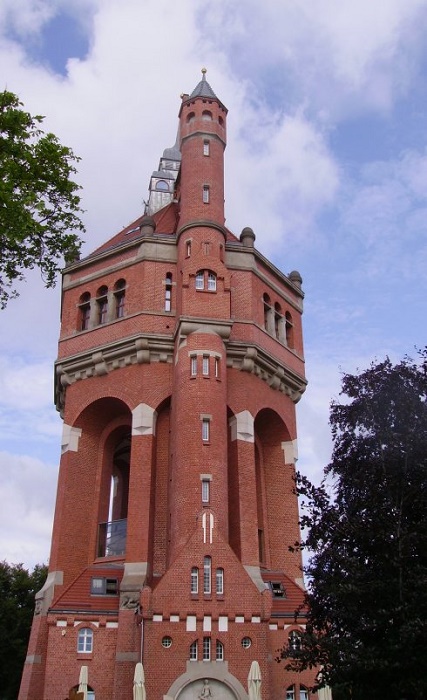 The lower part of the tower was decorated by Taschner and Bednorz with bas reliefs in sandstone which represents fantastic creatures reminiscent of medieval bestiaries. Still, the whole impressively gorgeous structure was built of red brick, and as it is placed on a solid foundation, it had a great importance throughout the history, especially during the war period in Europe. 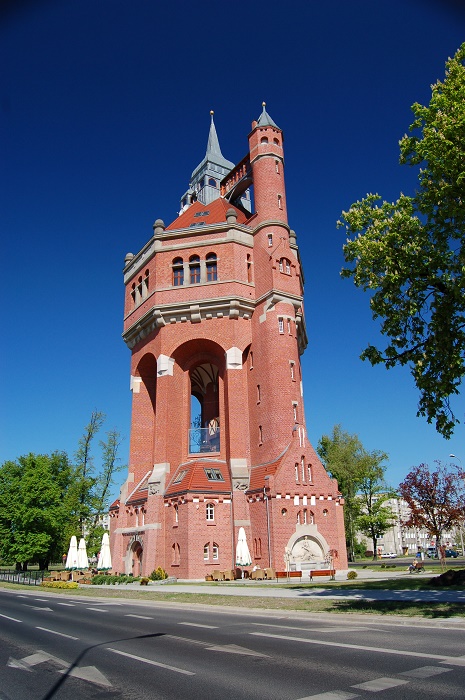 As a matter in fact, during World War II, the water tower served as a command point, and as the surrounding area was heavily bombed, luckily the tower did not had extensive damage. But what then appeared good, was bad in the following years, as the Wrocław Water Tower was neglected, and until the middle of 1980s, served as a reservoir which equalized the water pressure for the southern districts of Wrocław. 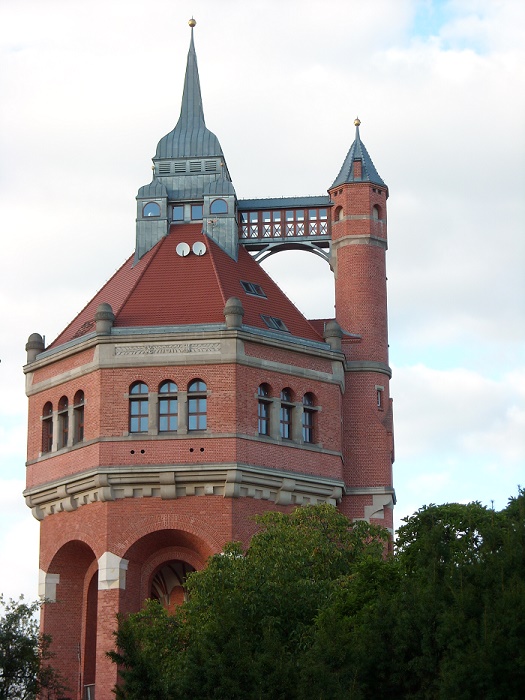 The mixed architectural art styles that combine the end of eclecticism with the elements of secession in the ornamentation and sculpture, mixed Gothic forms with the neo-Romanesque Wilhelmine style, was lucky enough in 1995 to be rejuvenated and brought back again to its former glorious look. 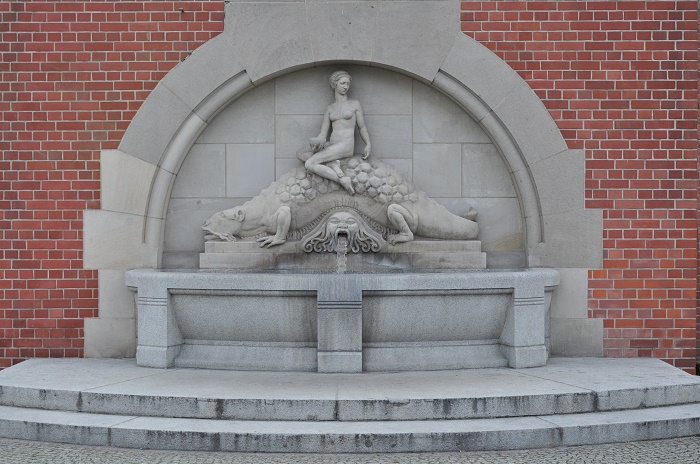 At one time it also served as a restaurant which was named Wieża Cisnień, which is the Polish name for Water Tower. Anyhow, this marvelous red brick masterpiece, was one of the prime architectural monuments of Breslau, which shall continue to impress every single visitor of Wrocław, and will be an inspirational work for those who would like to design something similar, but to has a resemblance like a medieval castle. 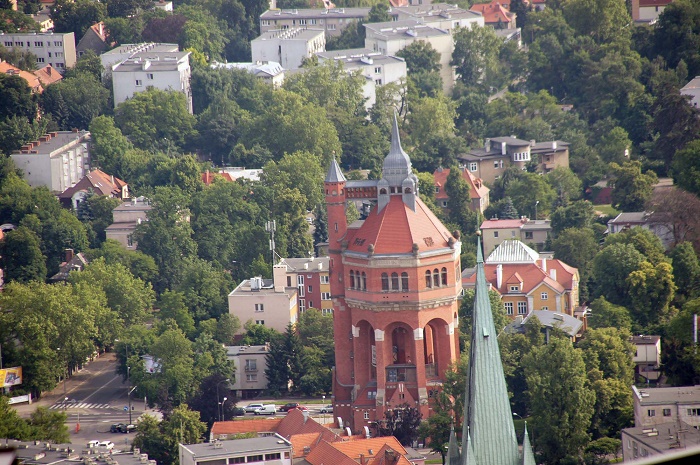 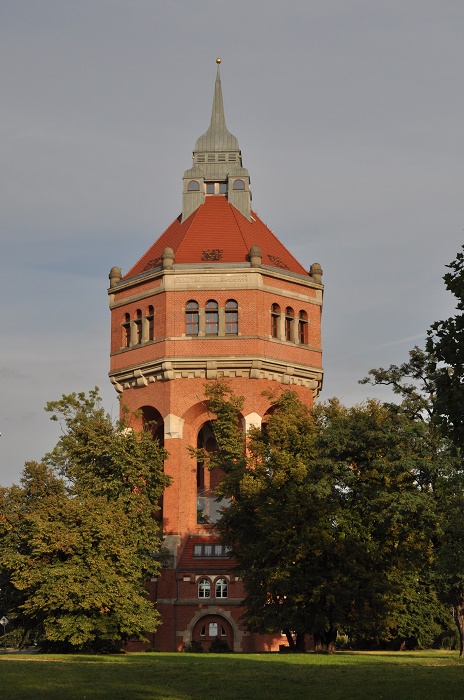 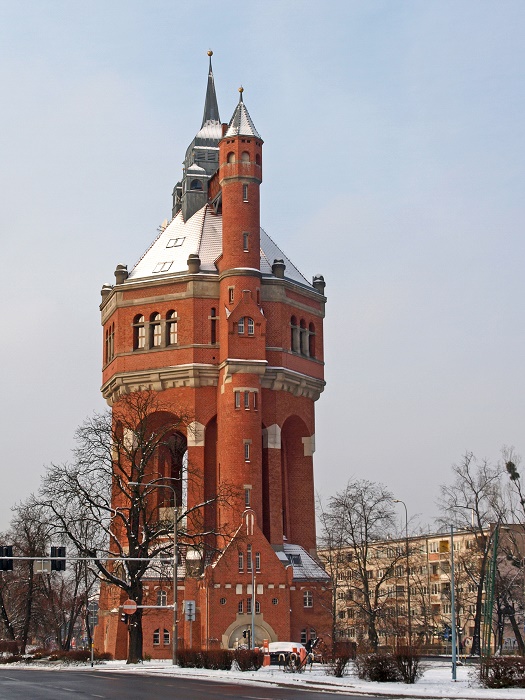