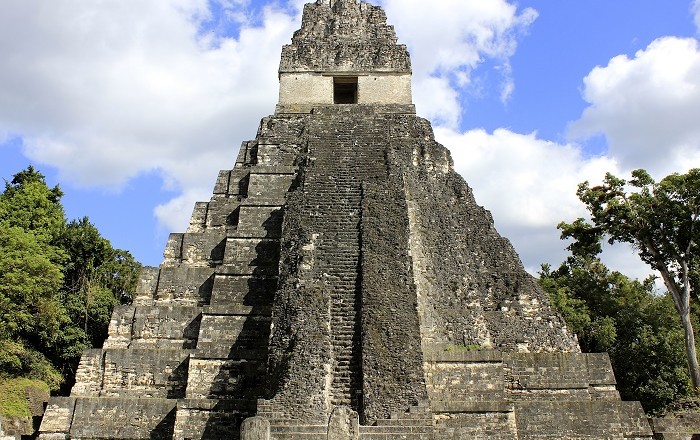 Tikal is an ancient city comprised of thousands of ruined structures located in a rain-forest in the Central American Republic of Guatemala. 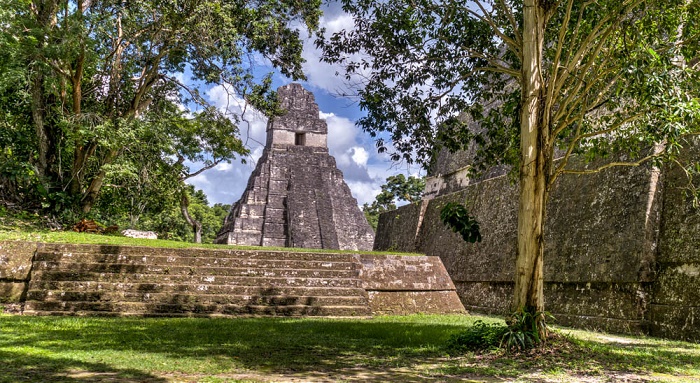 As it is the largest excavated site in the American continent and contains some of the most fascinating archaeological remains of the ancient Maya civilization, it definitely is Guatemala’s most famous cultural and natural preserve. That is why in 1955 it was proclaimed as a national park. 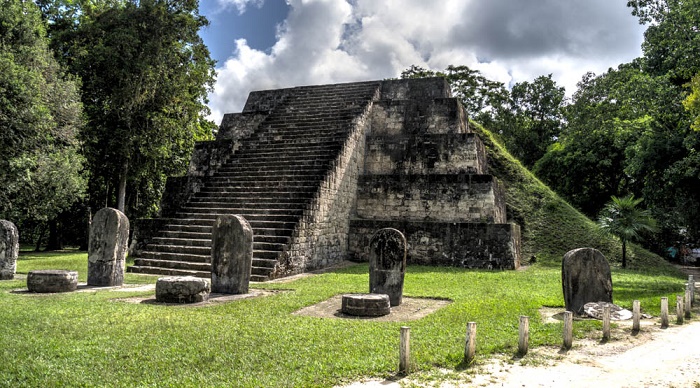 Tikal was the capital of a conquest state that became one of the most powerful kingdoms of the ancient Maya, though monumental architecture at the site dates back as far as the 4th century BC. Surrounded by lush vegetation, it contains superb temples and palaces, public squares, dwellings which are scattered throughout the surrounding countryside, and definitely was a major Pre-Columbian political, economic and military center. 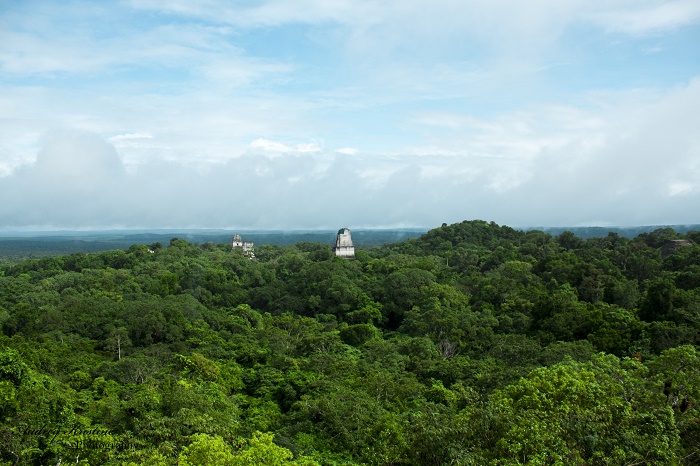 Tikal remained a mystery for centuries, after being abruptly abandoned by the Maya over 1000 years ago and overgrown by a relentless jungle. Only a legend survived among the Itza Maya people of a lost city, where their ancestors had achieved high cultural development. 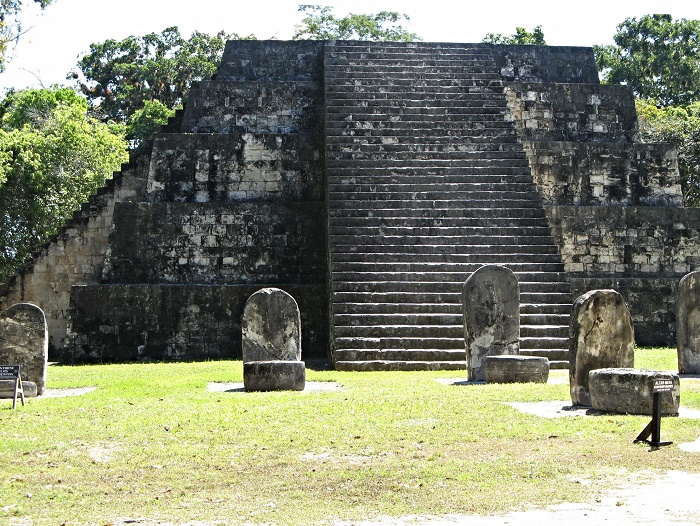 In 1848 the legend faded, giving way to an exciting era of discovery. It was a serendipitous discovery made by Ambrosio Tut, a gum collector or chiclero. His discovery was published by the Berlin Academy of Sciences in 1853, and it was only a matter of time when scholars would come to witness this abandoned, yet gorgeous site. 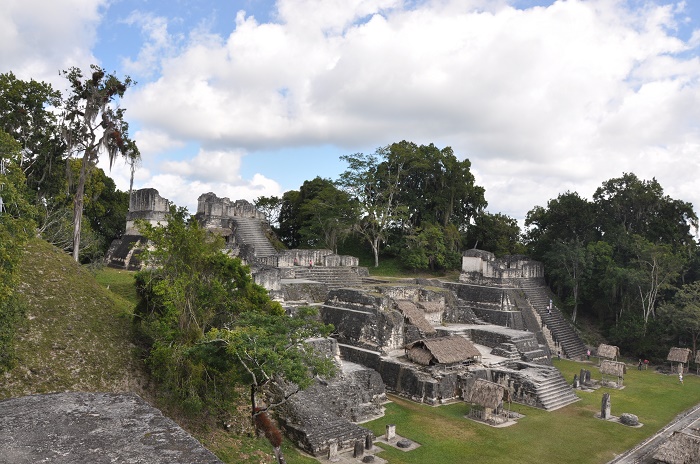 The Temple of the Grand Jaguar (Temple I) and the Temple of the Masks (Temple II) are one of the most famous pieces of architecture from Tikal, and they look like a pair of colossal bookends on opposite sides of the Great Plaza, a vast expanse ringed by terraces, palaces and ball courts. 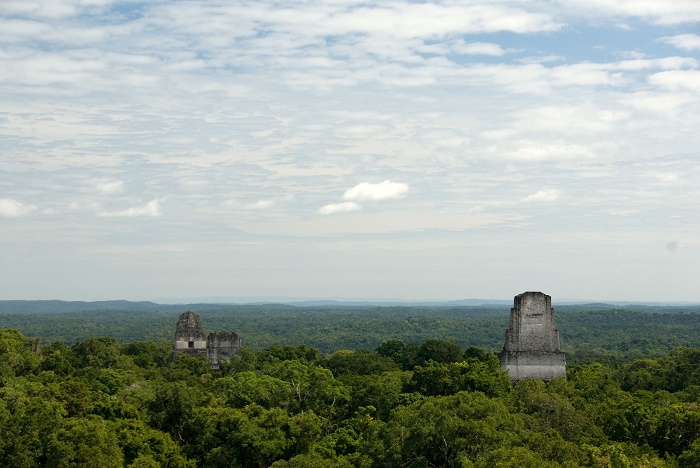 In the Temple I, in 1958, archaeologists discovered the tomb of Ah Caucau, which was one of Tikal’s greatest rulers. Temple II is also called Temple of the Masks due to the huge stone masks guarding its stairway, and is almost as tall as Temple I. 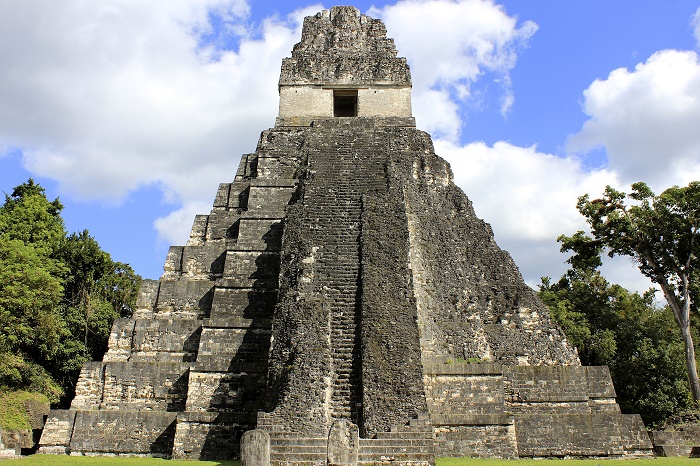 In between them, on the plaza, there are dozens of stone pillars known as stelae, each one paired with a circular altar, stand in rows throughout the plaza and along surrounding terraces. Carvings and glyphs commemorating important dates and the great deeds of Tikal’s rulers still adorn many of these weathered monoliths. 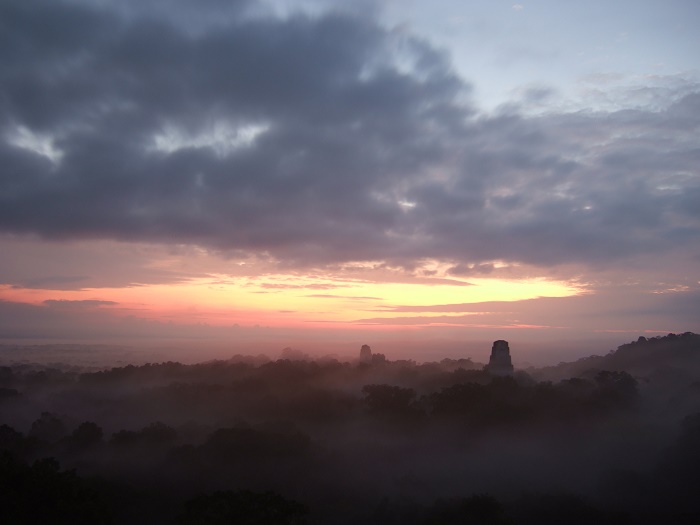 This being one of the most popular landmarks of Guatemala, is also dangerous because the tourists want to climb on the temples, which have really steep stairs, and many tourists have died from the injuries of falling down. Nonetheless, definitely Tikal is a city which speaks history of an ancient people, who knew better astronomical calculations even for today’s standards, and will allure many more people. 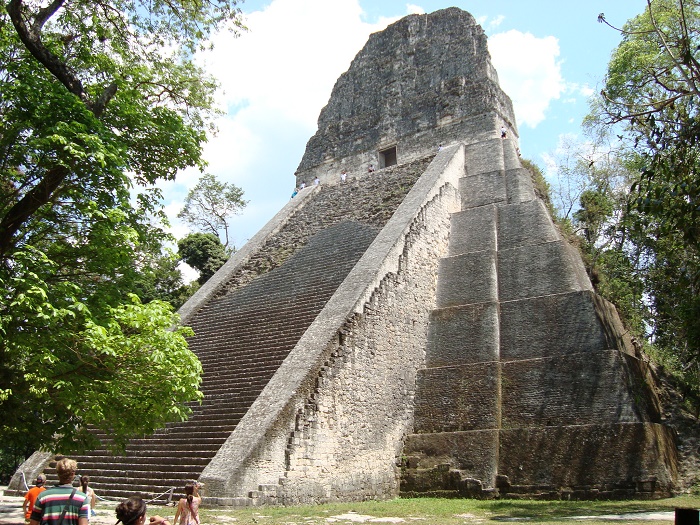 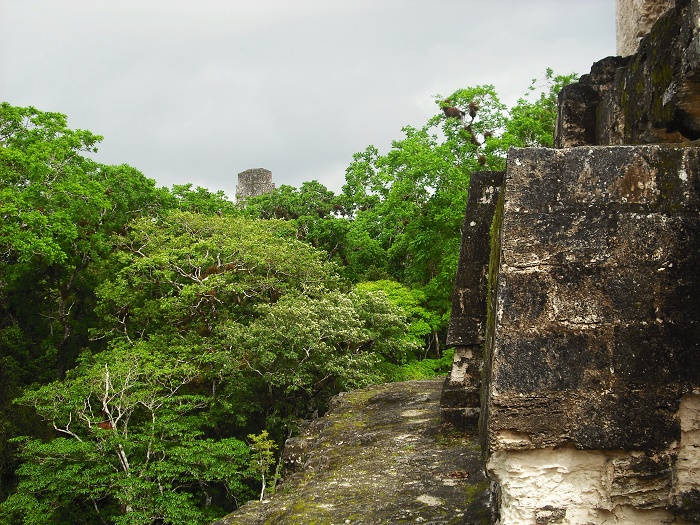