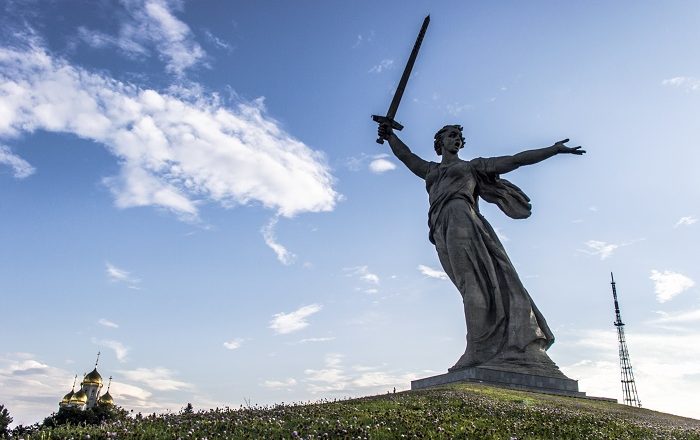 The Motherland Calls is a gigantic statue that commemorates the long-lasting Battle of Stalingrad which was fought during World War II, and it is located in the city of the administrative center of the Volgograd Oblast, the city of Volgograd, within the Russian Federation. 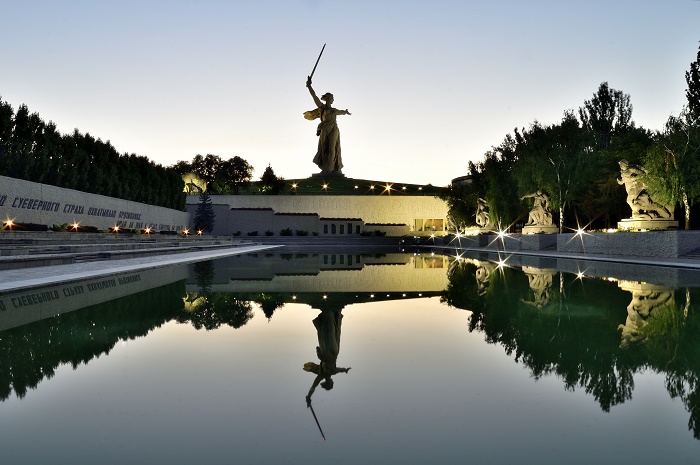 Even though it appears that it is very simple, on the contrary, this interesting statue located on Mamayev Kurgan height overlooking the city is one highly complex one from an engineering point of view as the characteristic posture with a sword raised high in the right hand and the left hand extended in a calling gesture gives a very difficult form for the engineers to create. 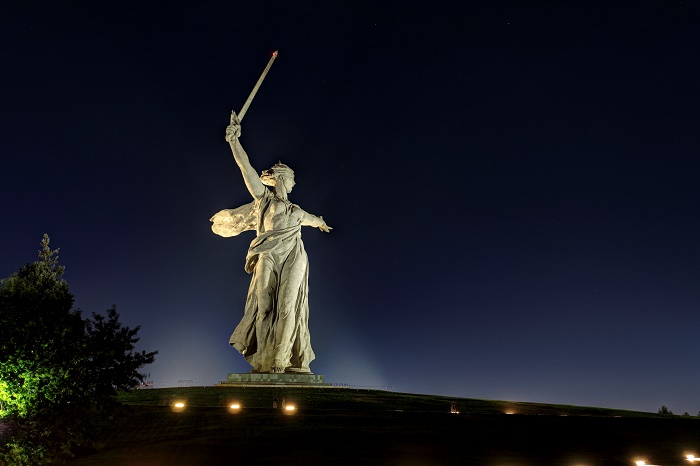 The leading sculptor Yevgeny Vuchetich, who together with Nikolai Nikitin who handled the significant structural engineering challenges of the huge sculpture, is one of the biggest monuments that have ever been erected, measuring 85 meters (279 feet) from the tip of its sword to the top of the plinth, more precisely the base on which it stands. 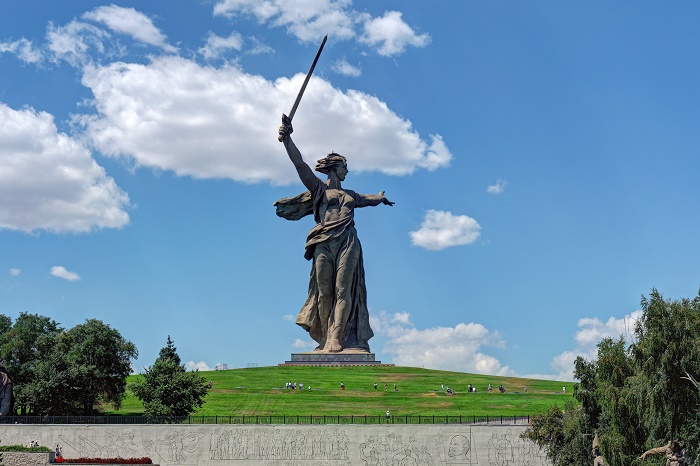 The plinth itself is another 2 meters (7 feet) high, and is installed on a concrete foundation with a depth of 16 meters (52 feet). Weighting over 8,000 tons, the statue contains 5,500 tonnes of concrete and 2,400 tons of metal structures, where the sword itself weighs astonishing 14 tons. 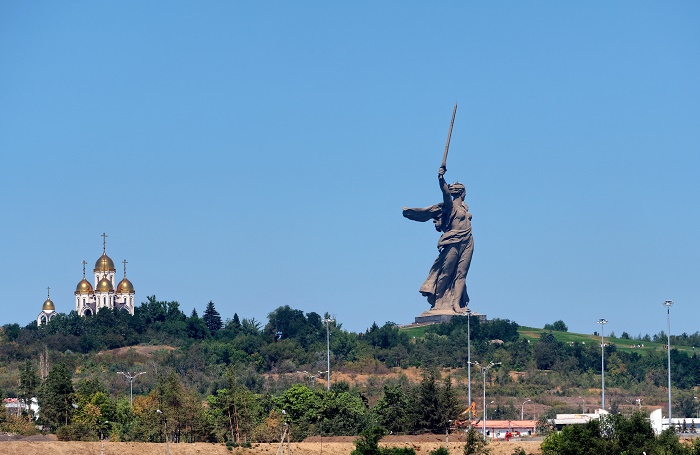 As the Battle of Stalingrad lasted for 200 days, where the Red Army broke a German siege, only to surround and defeat the invading army, there are 200 steps that lead to the base of the statue. Nevertheless, the allegorical image of the Mother was used in order to reflect the full depth of people’s senses, and the urgency that the Soviet people rose to fight to the end in defense of their land, their families, their Motherland. 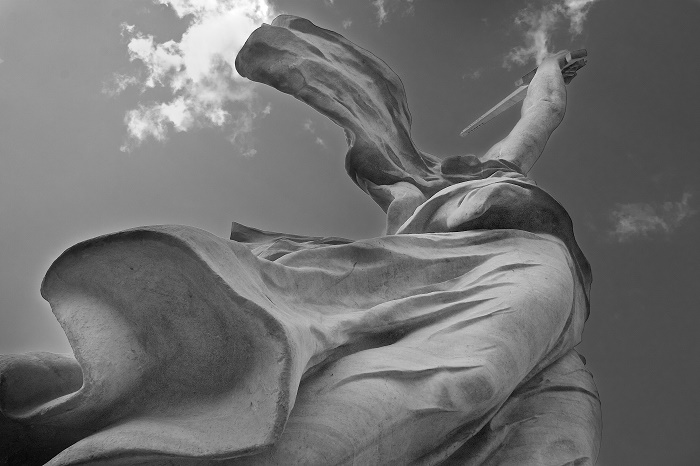 The interior of The Motherland Calls is hollow, and there are half-empty cells, like rooms in a residential building, where the rigidity of the frame is supported by 119 metal cables, which always stay in tension, in addition to the stairs and an elevator inside the sculpture for maintenance personnel to keep up the monument. 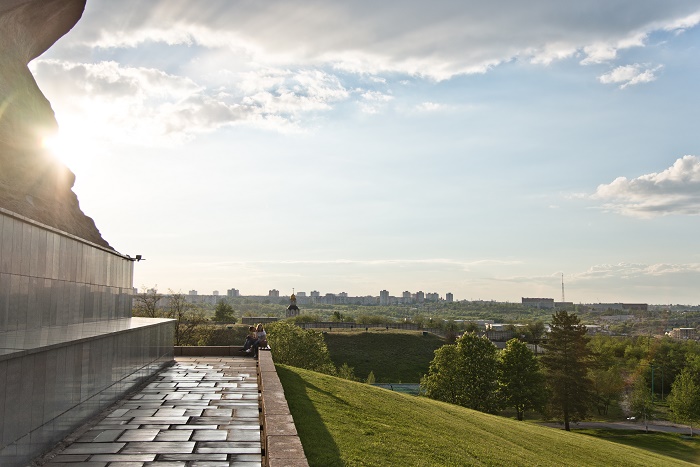 Sadly, in 2009, there were reports which stated that the statue was leaning due to changes in groundwater level causing movement of the foundations, and since the statue is not fixed to its foundations and is held in place only by its weight, it is only a matter of time when it will crumble. 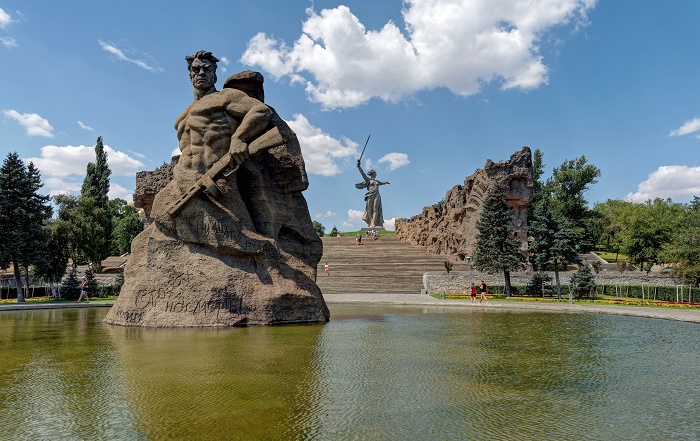 Fortunately, in spring 2017, a comprehensive restoration program of the monument began, where all of the problems of the sculpture will be fixed, it will be repainted, and with hope that Mamayev Kurgan monument will continue to amaze all the people around the world with its massive size and symbolic meaning whether they see it in person or not. 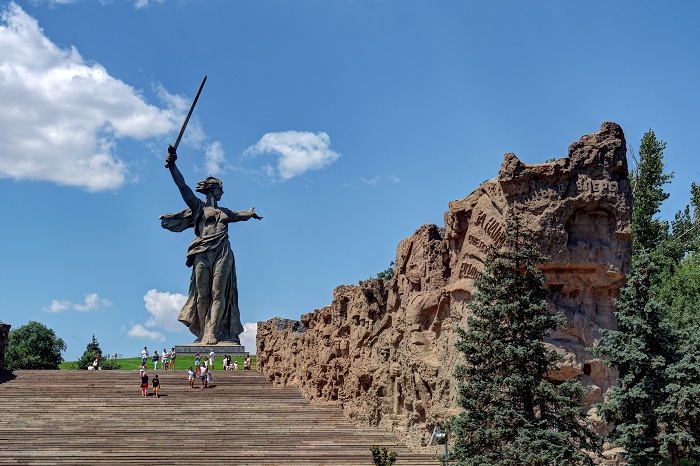 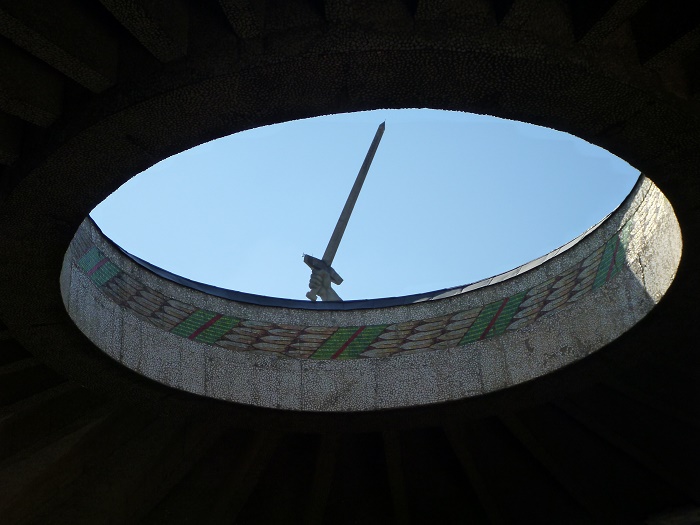 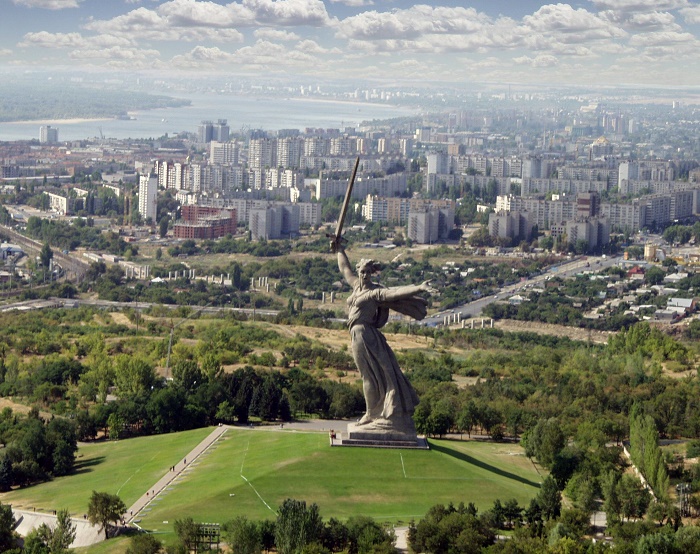 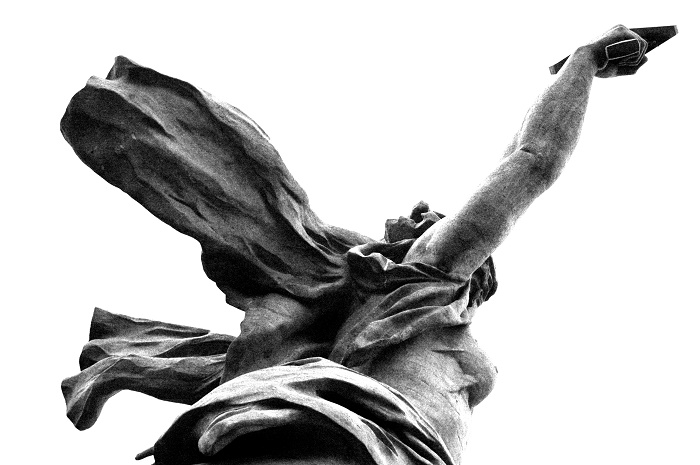 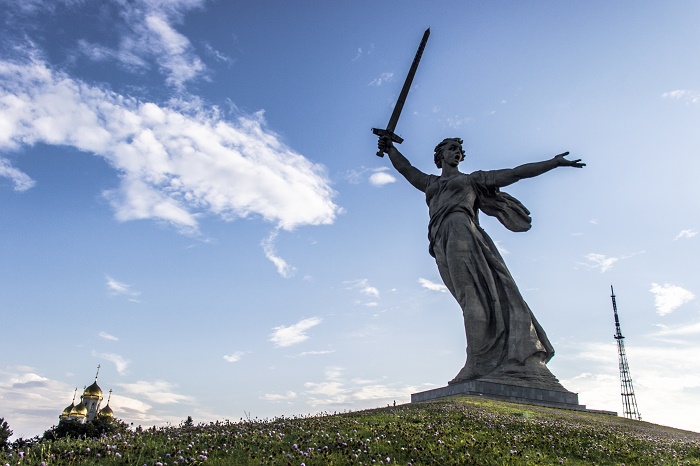 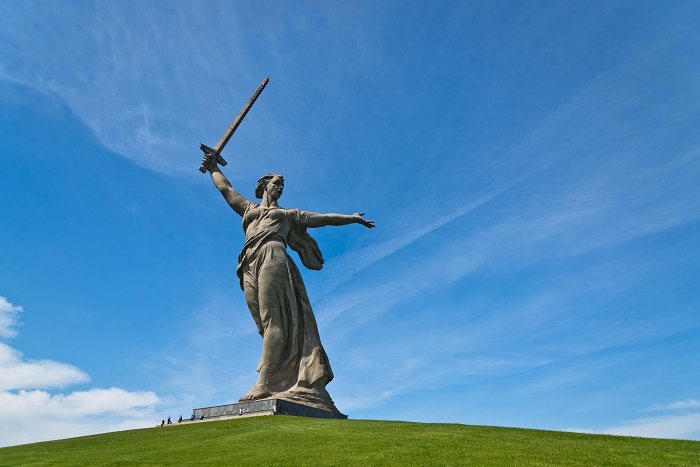 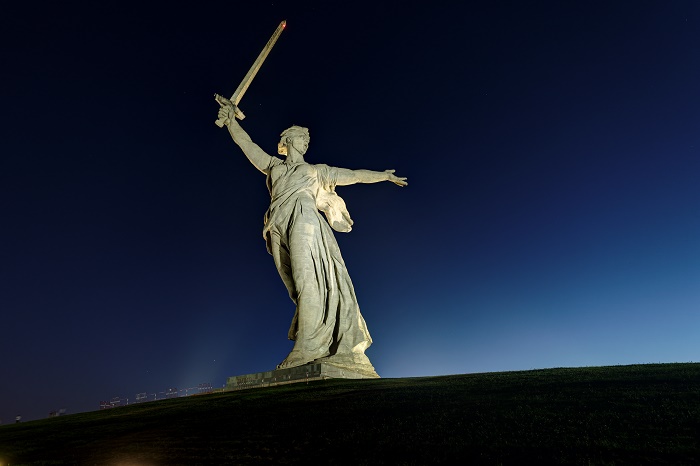