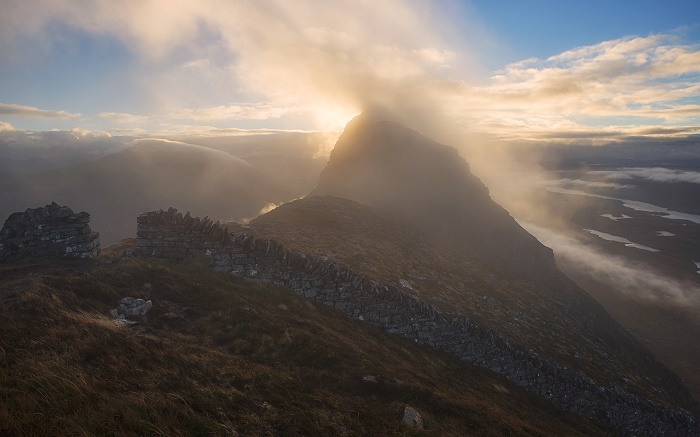 Suilven, also known as Sula Bheinn, is one of the most recognizable mountain that can be found in Scotland, and it is located in the northern part of the island of Great Britain, within the United Kingdom of Great Britain and Northern Ireland. Even though it is only 731 meters (2,398 feet) high, the mountain rises almost vertically, and with its remoteness it is very attractive for climbers to come and “conquer” this small rocky giant.

The unique outline makes it certainly one of the finest mountains in the country, and as there are paths which lead throughout the routes to the top, the highest point is Caisteal Liath, better known as Grey Castle, founded at the northwest end of the ridge. When seen from the sea, Suilven resembles more like a large grey pillar, hence the name, while from the inland resembles more like a steep-sided pyramid. 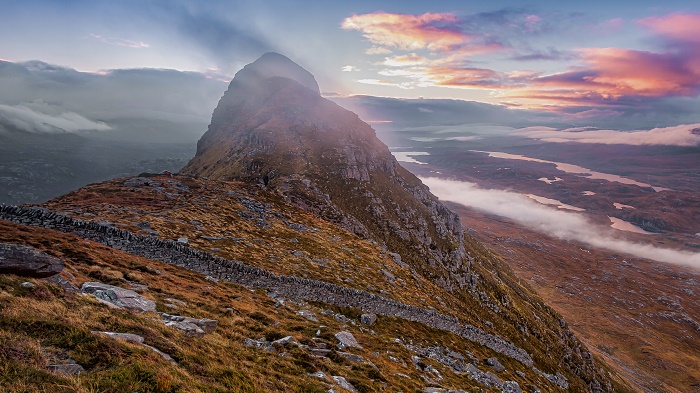 Considered to be formed from a Torridonian sandstone, there is some sort of erosion around it which might have occurred during an episode of glaciation, nonetheless, when climbed atop, the most remarkable is the landscape view of the entire surrounding around Suilven. 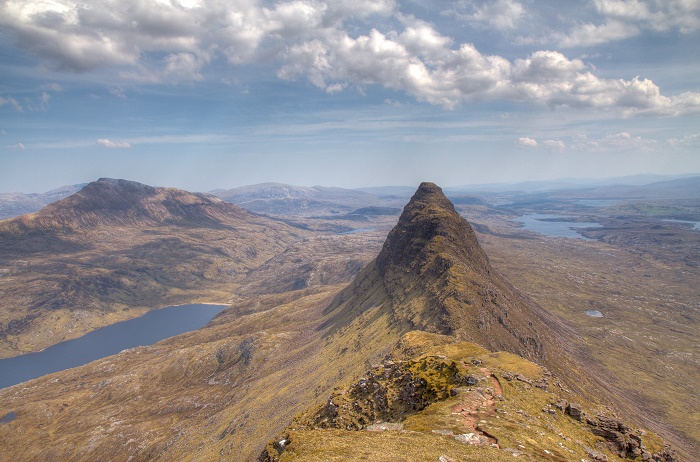 In conclusion, this lonely grey mountain has been known for many centuries, and nowadays it gets bigger attention from enthusiasts who would like to mark Suilven on their list as a mountain they conquered. 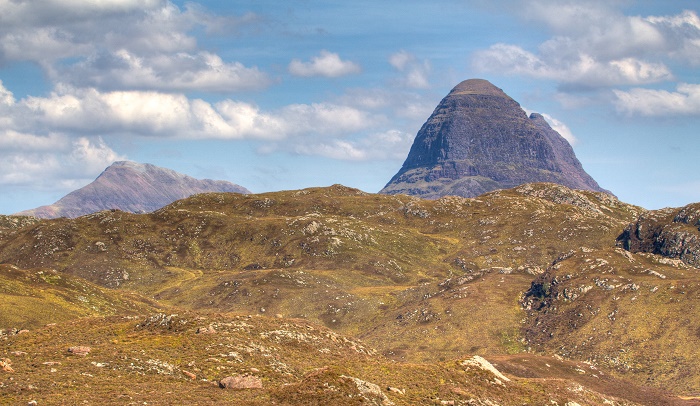 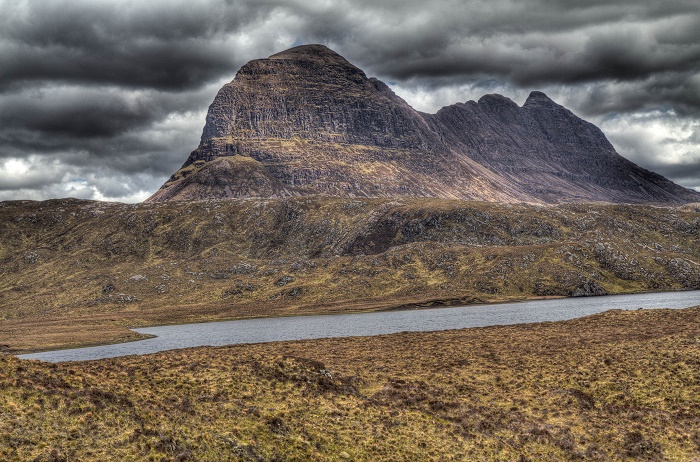