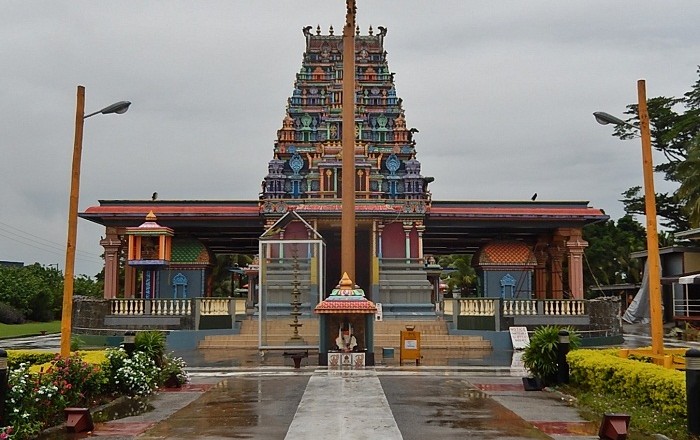 The Sri Siva Subramaniya temple is a Hindu temple, located in the third largest city in Fiji, Nadi, and it is the largest Hindu temple in the Southern hemisphere. 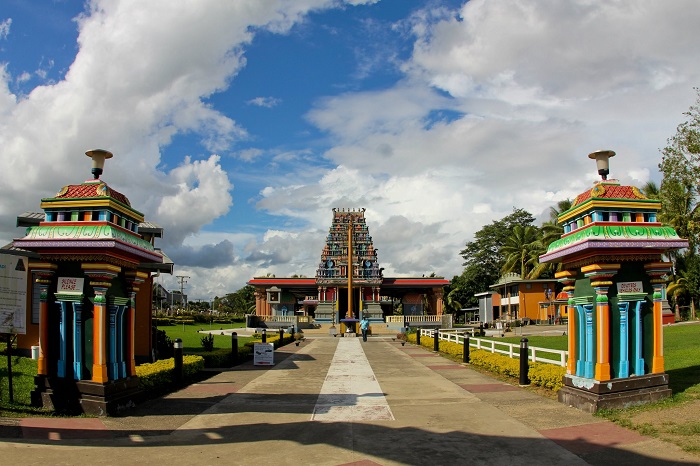 Located at the southern end of the main road through Nadi, this three-part temple is dedicated to the deity Murugan whose statue, specially carved in India, is housed in the main temple. The second part of the complex is Ganesh temple, while the third section is the Meenakshi and Shiva temple. The original temple existed for a long time, which was formed in 1926. 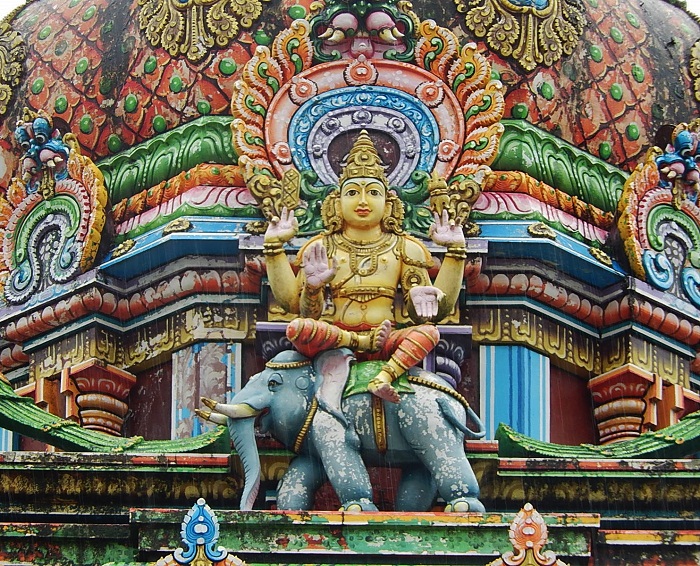 At the Golden Jubilee celebration in 1976, the temple was rejuvenated. Also, then the foundation for a new temple was laid by His Excellency the High Commissioner for the government of India in Fiji. 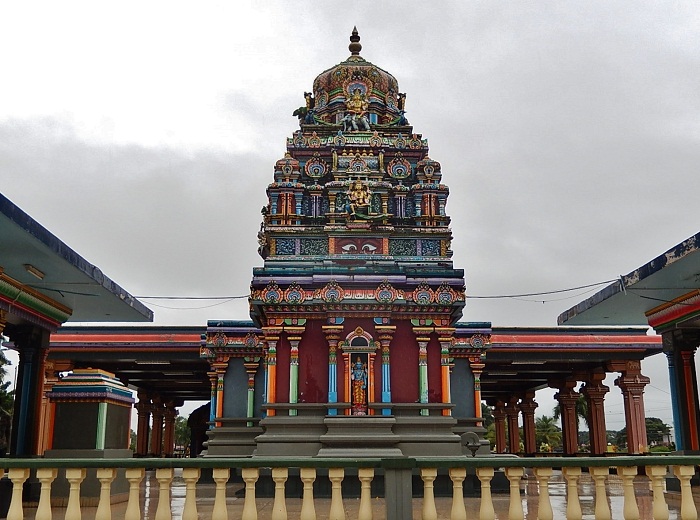 The temple was built in the best traditions of ancient Dravidian Indian temple architecture as well as the principles of sacred architecture of the Vastu Vedic tradition. The intricate craftsmanship of the individual statues within the temple is the work of eight craftsmen brought to Fiji from India. The height, weight, and width of each design has a specific religious meaning and the main sanctum of the building has been built to conform to the size of the statue it will house so that the correct vibrations are present for devotees during prayer. 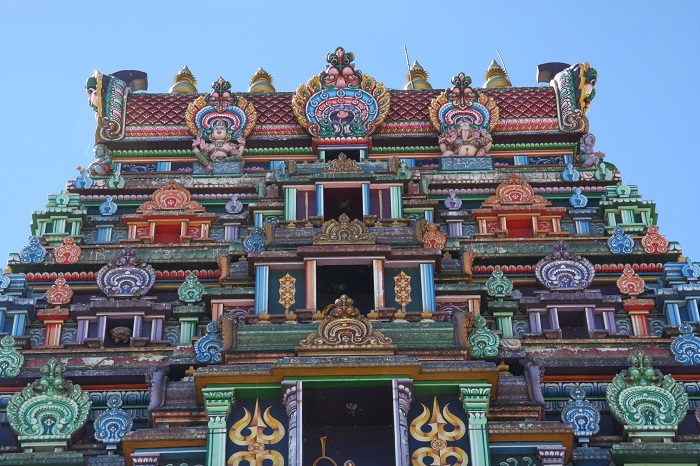 The traditional Dravidian architecture of the temple is rarely seen outside India, and is, according to traditions, laid down thousands of years ago. A masterpiece which deserves to be called not just the largest, but most beautiful temple as well. 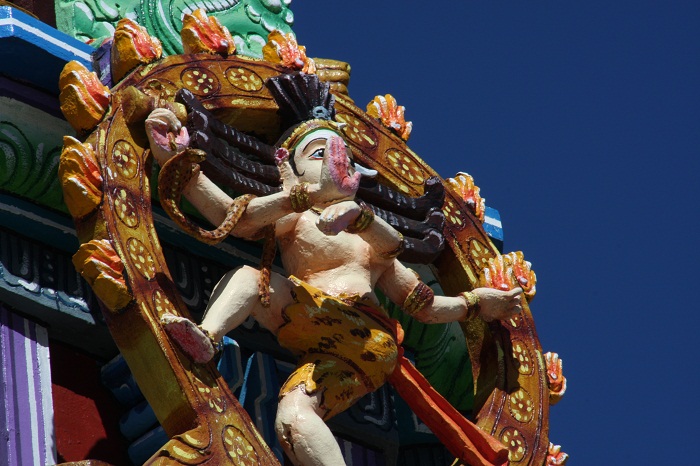 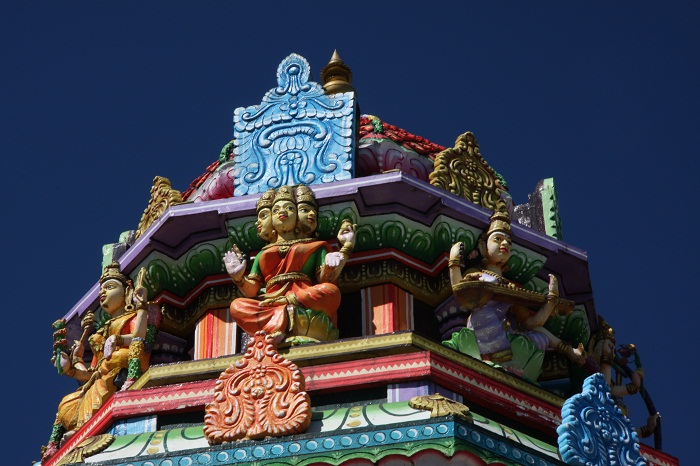 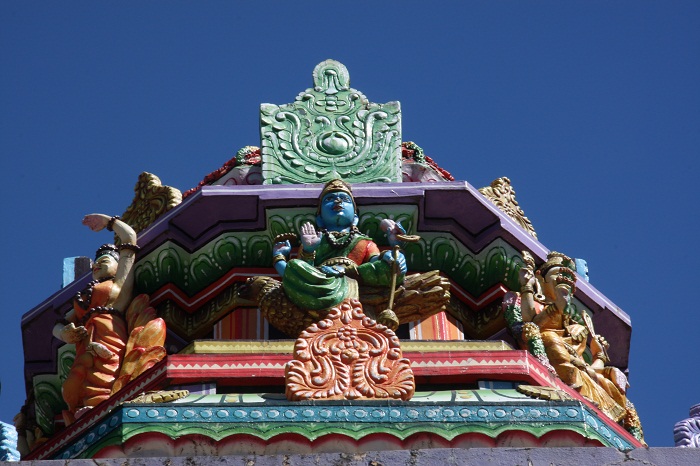 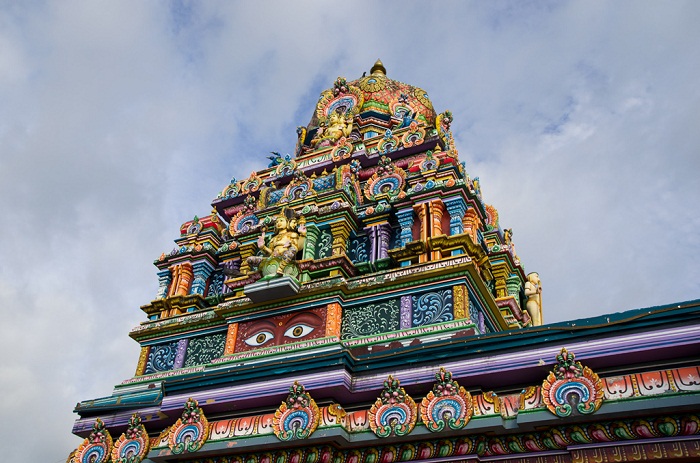 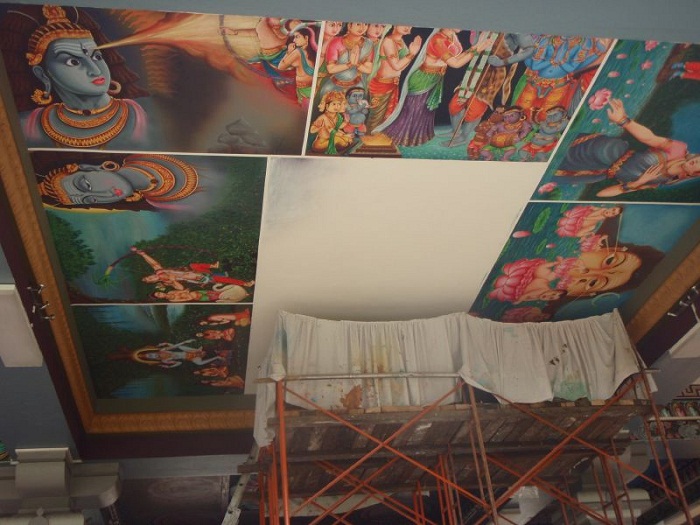