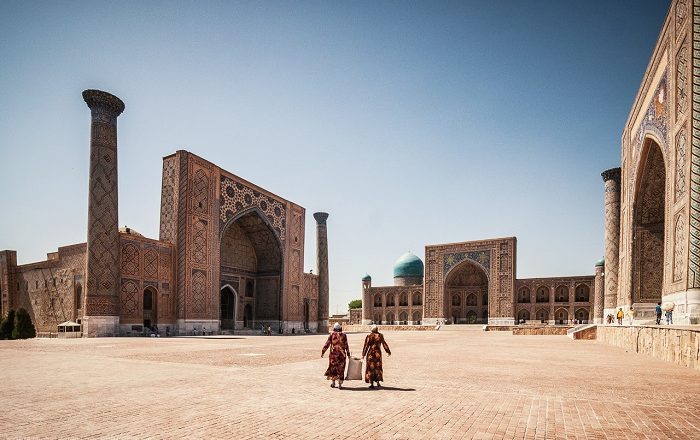 Registan Square, also simply known as Registan, was the main and most important square in the heart of the ancient city of Samarkand of the Timurid dynasty, located in the eastern part of the Republic of Uzbekistan. 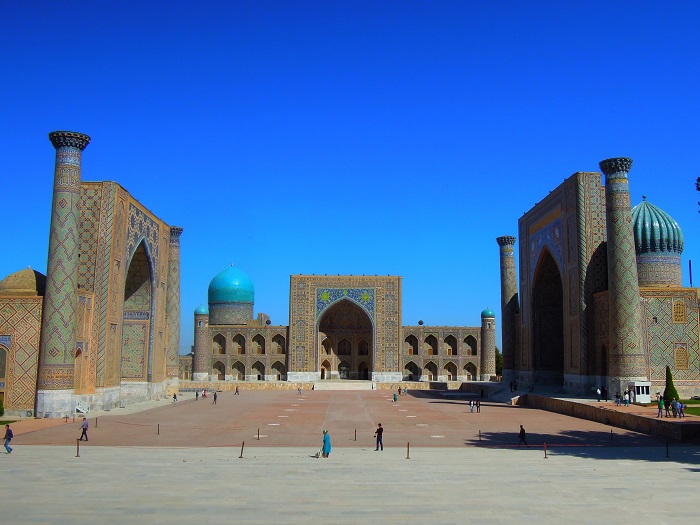 This real gem of Samarkand became very popular worldwide thanks to the great architectural ensemble that has become a monument of the oriental architecture, and as it was a public square, it was the place where people gathered to hear most of the time the royal proclamations. 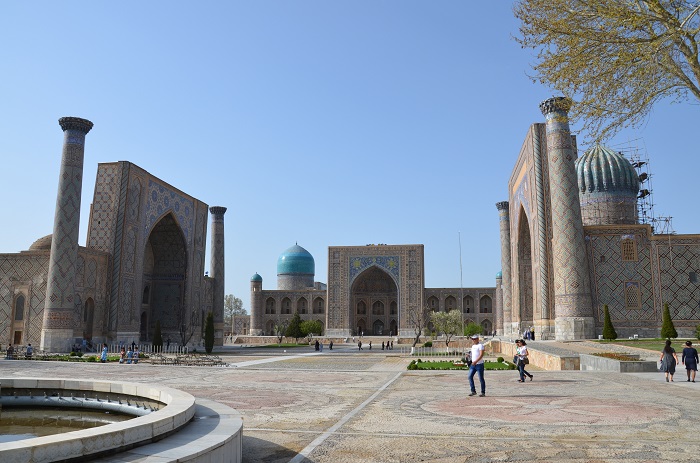 The name from Persian translates to “Sandy Place” or simply “desert”, and there are some legends that state that the square was a place of public executions from 15 until early 20 century for which sand was thrown in order to absorb the blood shed there, thus receiving the name. Definitely, the most recognizable marks of Registan are the three important madrasahs, which were an educational institutions, and all three of them are facing the center of the square forming a harmonious composition of impressive Islamic architecture. 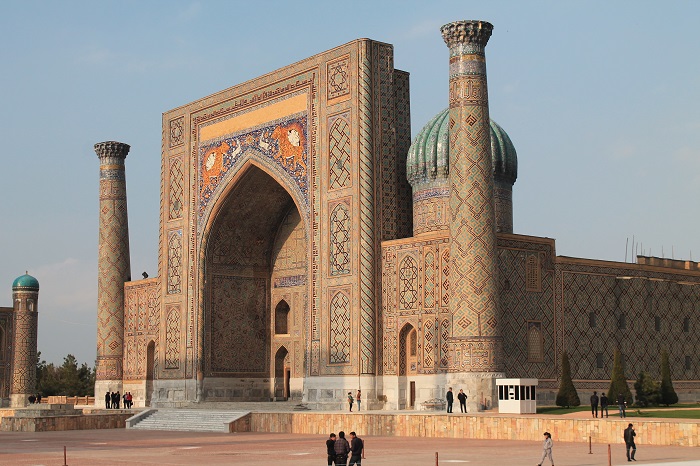 The first one that was built is the Ulugh Beg Madrasah, which was constructed between 1417 and 1420, and it has an iwan with a portal that faces the square, while the corners are flanked by high minarets. The mosaic panel over the iwan’s entrance arch is decorated by colorful geometrical stylized ornaments. The second built was the Sher-Dor Madrasah that was constructed between 1619 until 1636 by the order of the ruler of Samarkand, Yalangtush Bakhodur. The most intriguing feature of the structure are the tiger mosaics, where it flouts the ban in Islam of the depiction of living beings on religious buildings. The third one is Tilya-Kori Madrasah, which name translates to “gilded” or “decorated with gold”, was built between 1646 and 1660, serving as a residential college for students and also served as a cathedral mosque. On the inside the walls and dome of the mosque are covered all over with gold painting performed in the kundal technique, where the mihrab indicating the direction of Mecca and the eleven-step minbar are too decorated with gold. 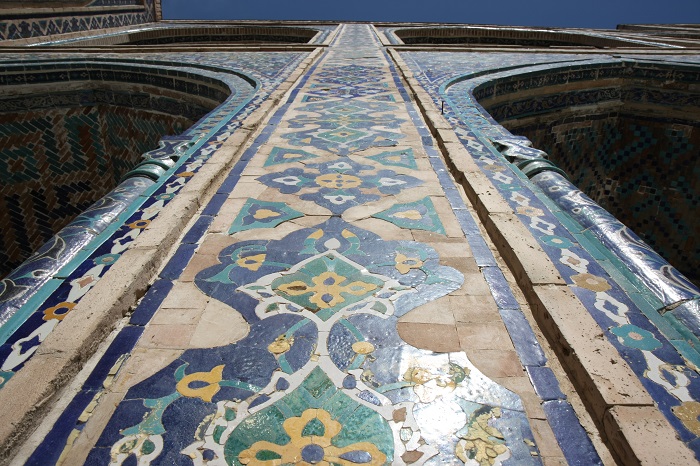 In addition, there are two other structures, the Mausoleum of Shaybanidsand the Chorsu trading dome, that are too located in the vicinity of the Registan Square. The final look of the square that we see today was formed in 17 century, and due to the historical great importance, the Registan ensemble was inscribed in 2001 on the UNESCO World Heritage List. Nevertheless, today this astonishing artwork is visited by plenty of travelers who are visiting Uzbekistan, and all of them are simply being taken over from the sheer beauty the entire complex is presenting. 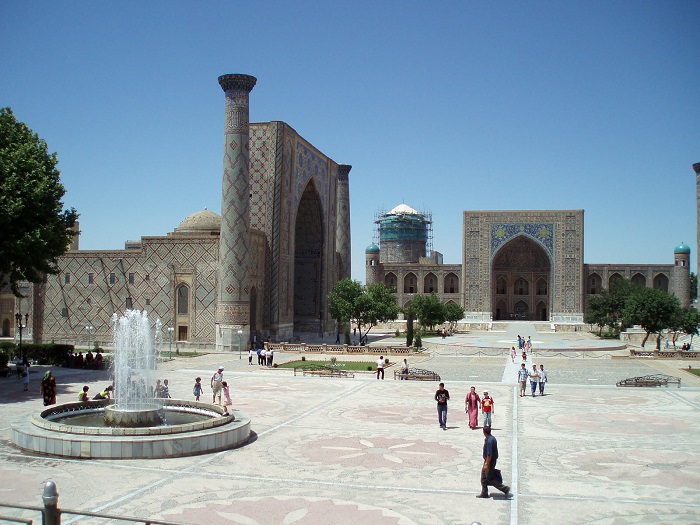 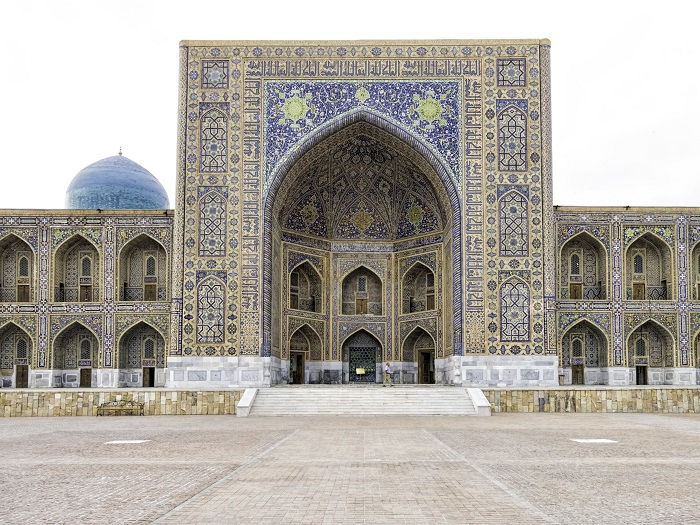 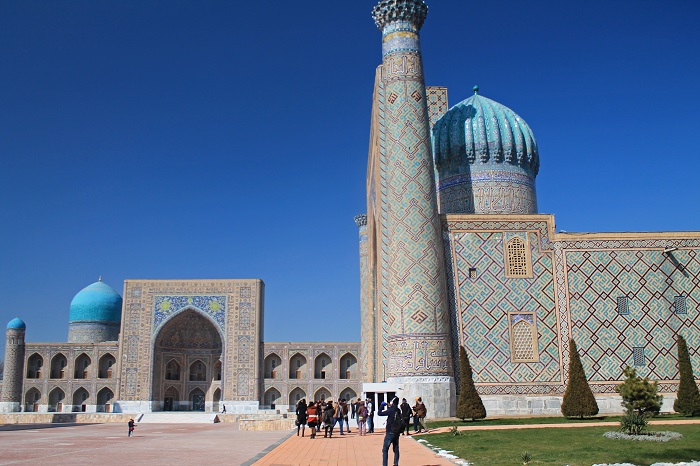