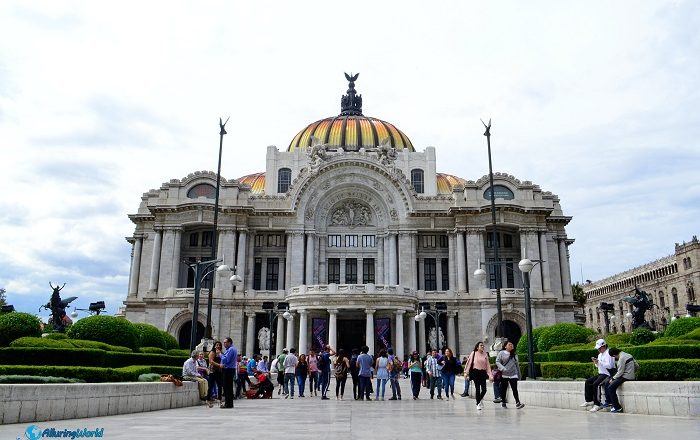 The Palacio de Bellas Artes, better known as the Palace of Fine Arts, is a prominent and very popular cultural center that can be found to the western part of the historic center in the capital and largest city of the United Mexican States, Mexico City. 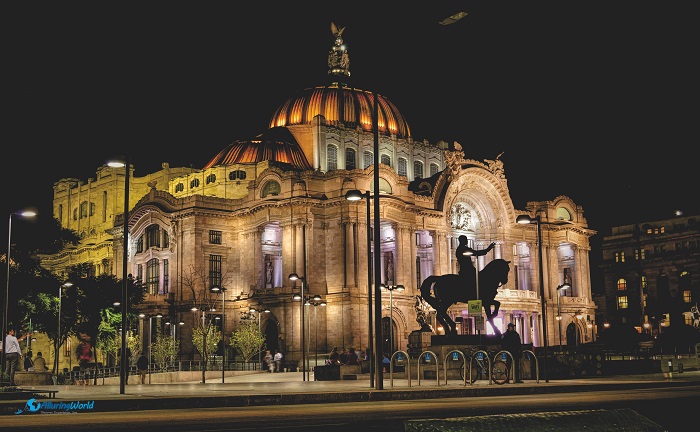 Considered to be the grandest and most important performance space, this is where the most notable events in music, dance, theater, opera and literature, in addition to important exhibitions of painting, sculpture and photography took place. 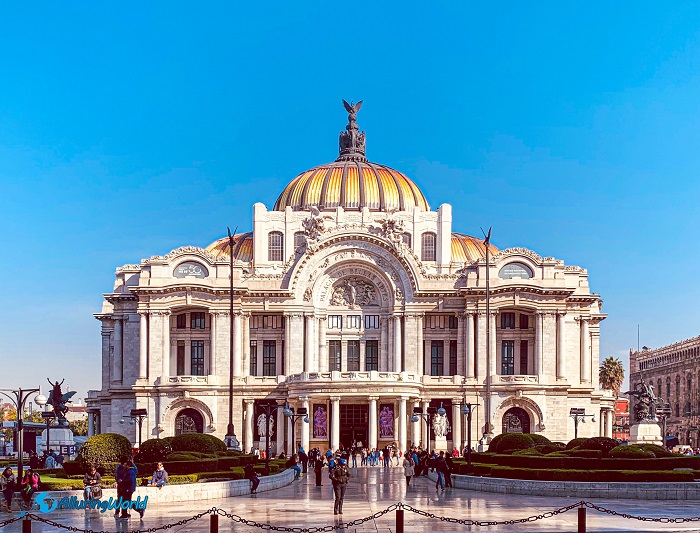 Due to these important events, sometimes Palacio de Bellas Artes can be referred to as the “Cathedral of Art in Mexico”, and there is a very long history behind it since it was constructed during the government of Porfirio Díaz who was the President of the nation. 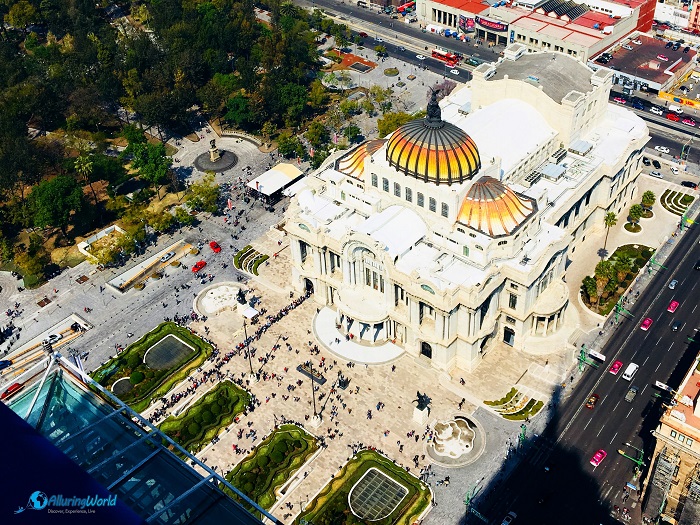 Still, in its place at first in late 19 century was constructed the first National Theater of Mexico, but it was soon after that decided to tear it down and build a little bit more opulent building that would be in time for the Centennial of the Mexican War of Independence in 1910. 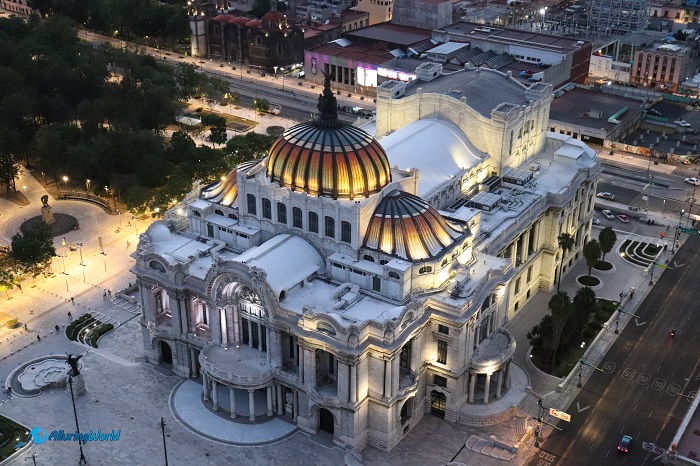 The construction began in October 1904, however, as it was faced with multiple problems, where at first was the complication of the soft subsoil and later the political issue of the Mexican Revolution, it was finally completed in 1934. The initial design was at first by the Italian architect Adamo Boari, while later the work was continued under the supervision of the Mexican architect Federico Mariscal. 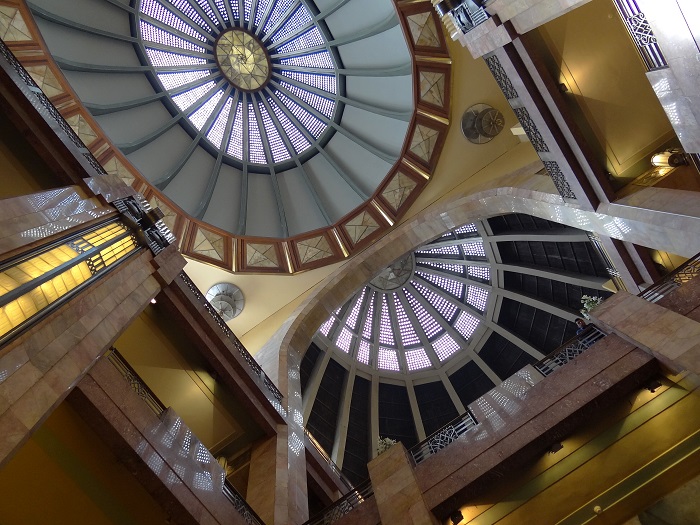 Built in a mixture of several different architectural styles, it is principally followed by Art Nouveau and Neoclassical architectural style, where the interior is a bit different and it is somewhat Art Deco style, but the most interesting interior parts are the murals that were created by Diego Rivera, David Alfaro Siqueiros, Jose Clemente Orozco, and Roberto Montenegro. 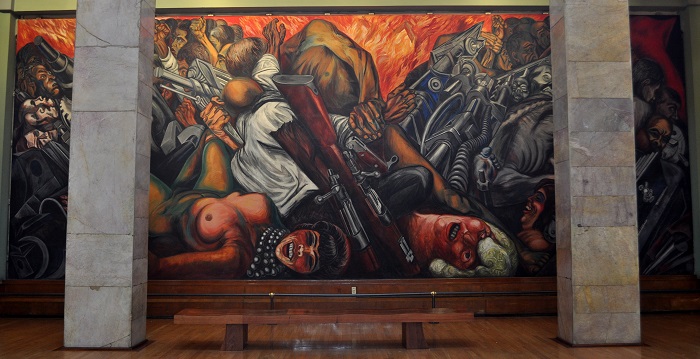 The exterior is made from white Italian Carrara marble, while the roofed dome is definitely among the most alluring features as it covers the center of the building, and the inside part is made of crystal designed by Hungarian Géza Maróti and depicts the muses with Apollo, while the outer part is also covered by the Maróti glass and iron. 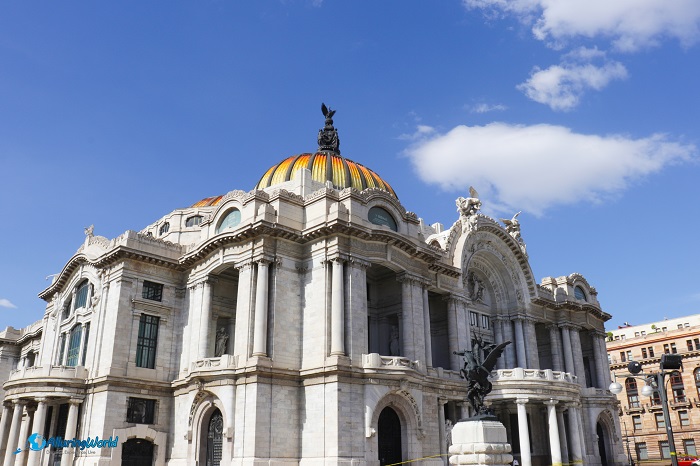 With different sections of the building, there are 4 floors that cover an enormous area within which significant events are held, nonetheless, the Museo Nacional de Arquitectura is located on the fourth floor and it features changing exhibits on contemporary architecture. 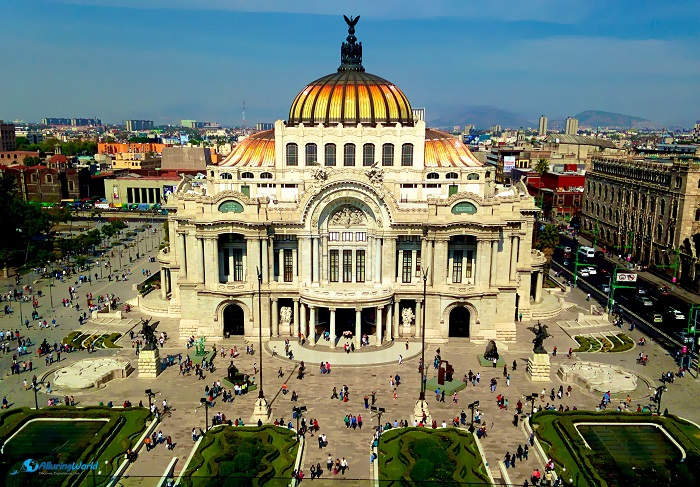 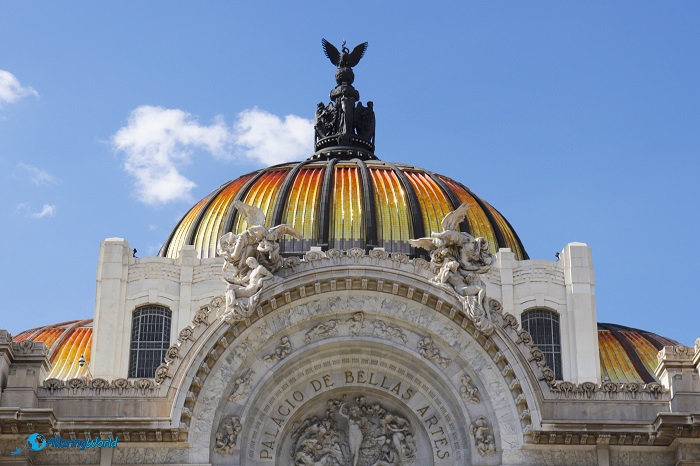 All in all, one of Mexico City’s most popular and very frequented destinations that is visited annually by tens of thousands of people, it is certainly one of the easiest to recognize features from Mexico’s capital that will inspire people to come and see in person, or even attend one of the many cultural events taking place here. 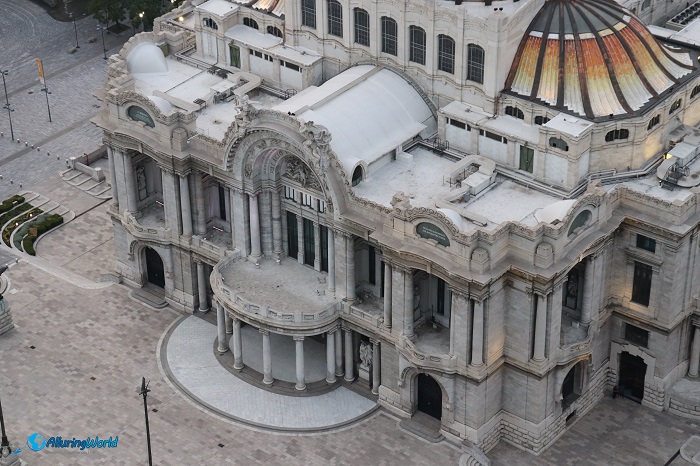 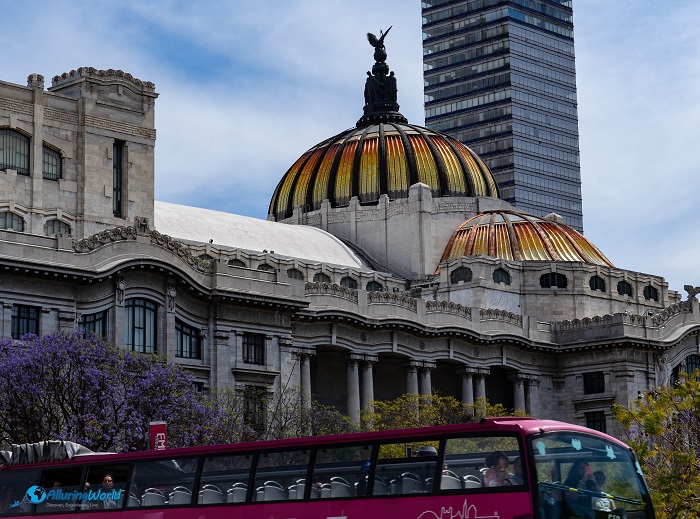 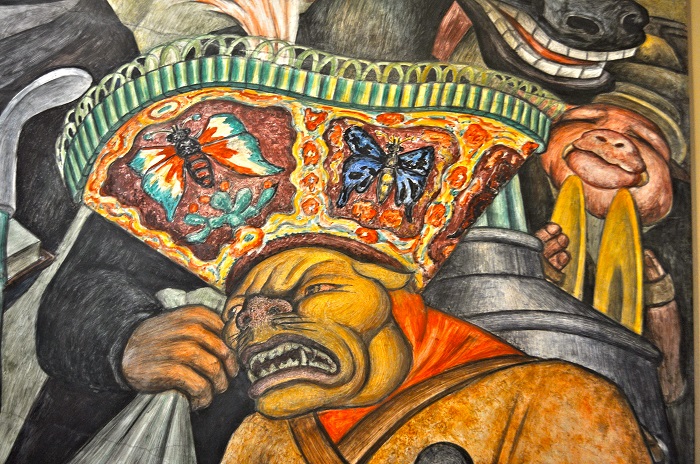 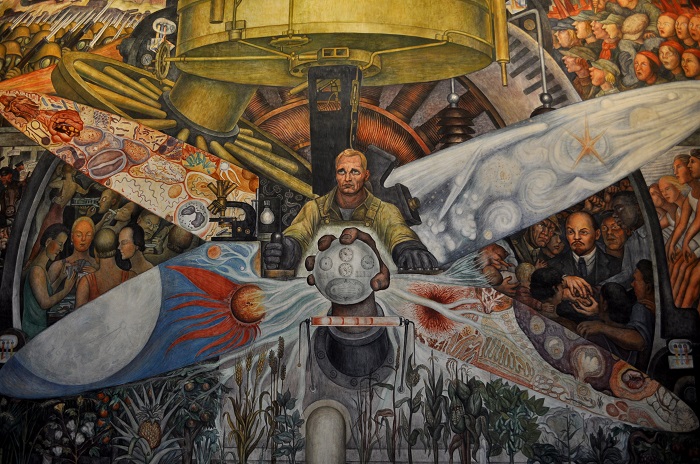 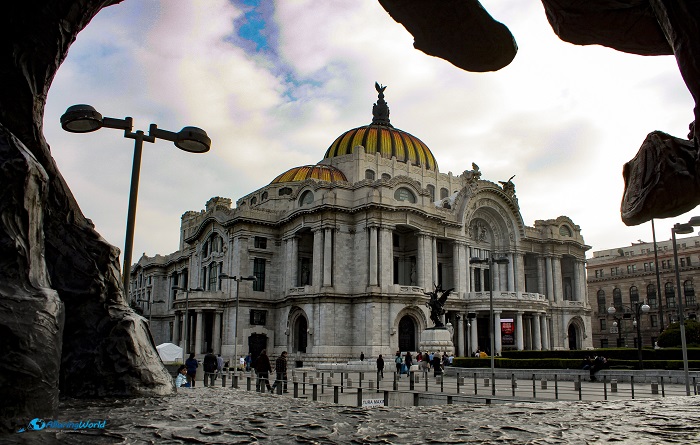 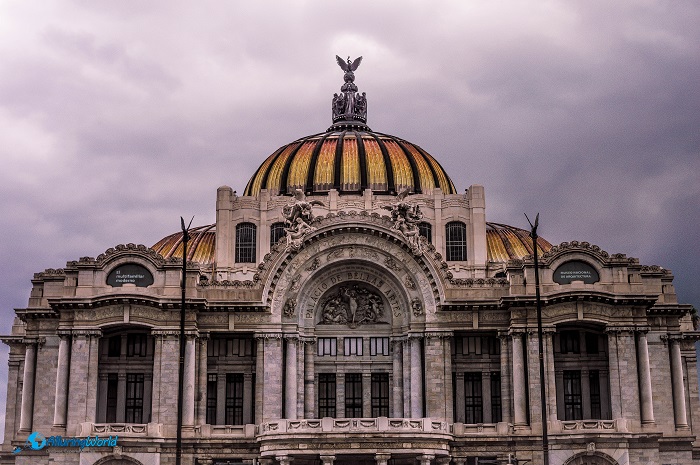