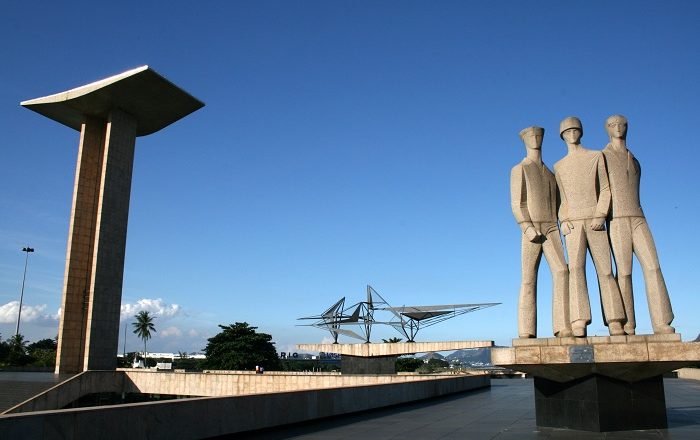 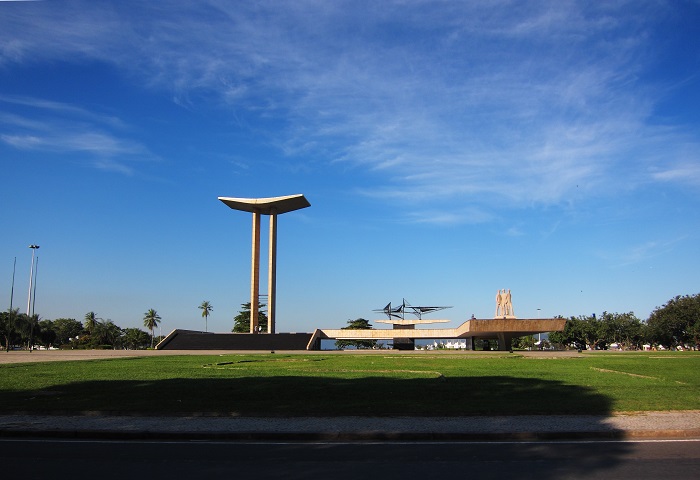 The construction of this impressive work was carried out in 1960, when it was officially opened as well, and it was designed by the architects Mark Netto Konder and Helio Ribas Marinho, who won the national design competition. Even though there is not much information about the symbolism of the design, it presents itself as a simple one, however, when looked closer it is as complex as it can be imagined.

The main feature is the abstract sculpture which represents an arch, and stands 31 meters (102 feet) above its surrounding. Topped by a concave rectangular table, it is at first glance, a mystic and very massive ancient torch. Furthermore, the monument is also comprised of another metal abstract sculpture which is dedicated to the people who created the Brazilian Air Force, and this one was designed by Julio Catelli Filhoto. 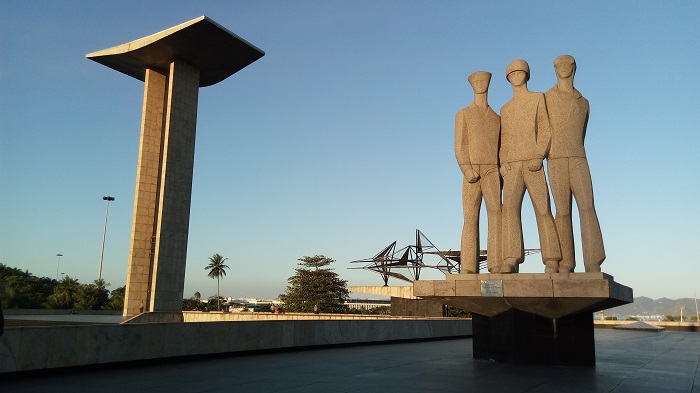 Alfredo Ceschiatti designed the granite statue which honors the sea, land and air force personnel, while the tiled mosaic wall that is dedicated to the Navy and Merchant Marines was designed by Anisio Medeiros.

In addition to all these, there is a mausoleum as well, which holds the remains of 467 service men of the Brazilian Expeditionary Force who died in action in Italy during WWII, who were temporarily buried at the Brazilian Military Cemetery of Pistoia in Tuscany, Italy. 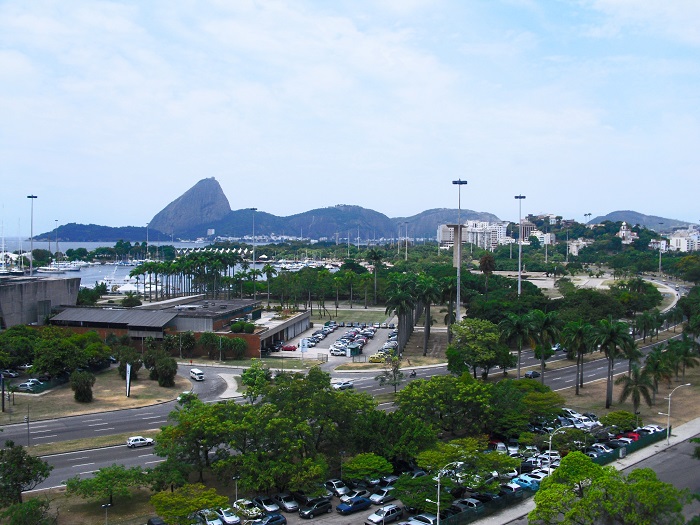 Today, they lie under a glass bottomed fountain pool which is 70 meters (230 feet) long and 12 meters (39 feet) wide, allowing natural light to forever shine a bright light on their very brave actions. 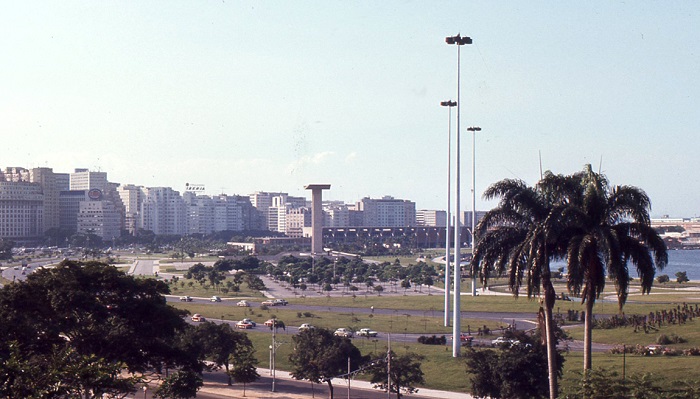 Still, deemed as a monument of historic and cultural importance to Brazil, today the Monument to the Dead of World War II is listed on the National Historic Heritage of Brazil list, and slowly gains greater popularity among the millions of visitors who come to see and enjoy in the beautiful Rio de Janeiro. 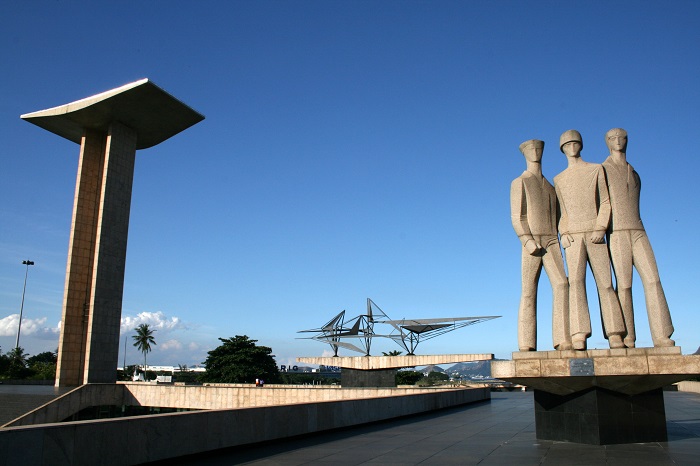