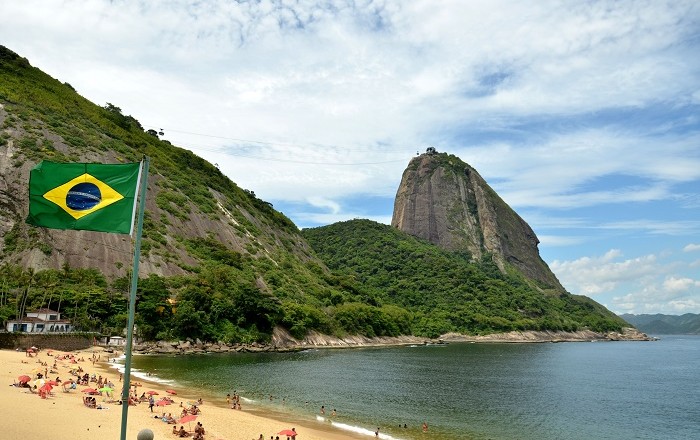 Guanabara Bay is a big oceanic bay that is going inland, located in the State of Rio de Janeiro, within the Federative Republic of Brazil. Due to the size the Guanabara Bay has, it is encircled by the cities of Rio de Janeiro and Duque de Caxias to the west and Niterói and São Gonçalo to the east of the bay. 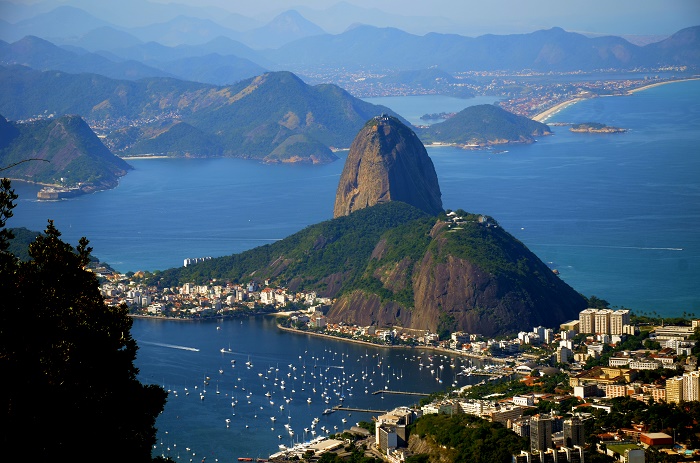 It is the second largest bay in the country, and it gained quite the infamous popularity with the Olympic Games from 2016 which were held in Rio de Janeiro. At about 412 square km (159 square mi), it has a perimeter of 143 kilometers (89 miles) and the mouth that “feeds” the bay with water is some 1.5 km (0.93 mi) wide located by the Pico do Papagaioand by Pão de Açúcar. 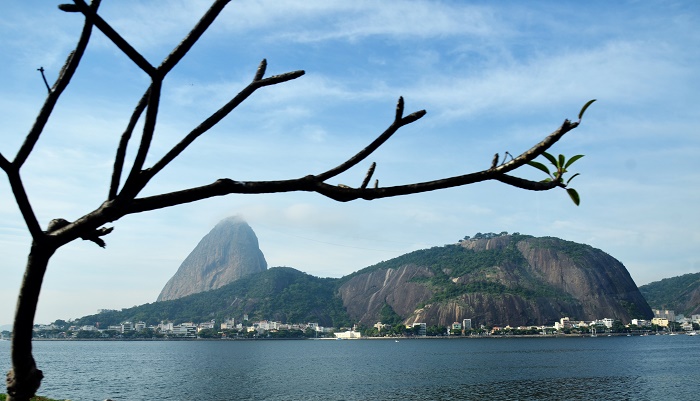 The first inhabitants of the bay were the natives of the Tamoio and Tupiniquim tribes, who were encountered by the Europeans on 1 January 1502. Even though there were no permanent settlements by the Portuguese who were the first European arrivals, the first settlers were the French when they invaded the region in 1555, so that they would establish the France Antarctique, a south colony, south of the equator. 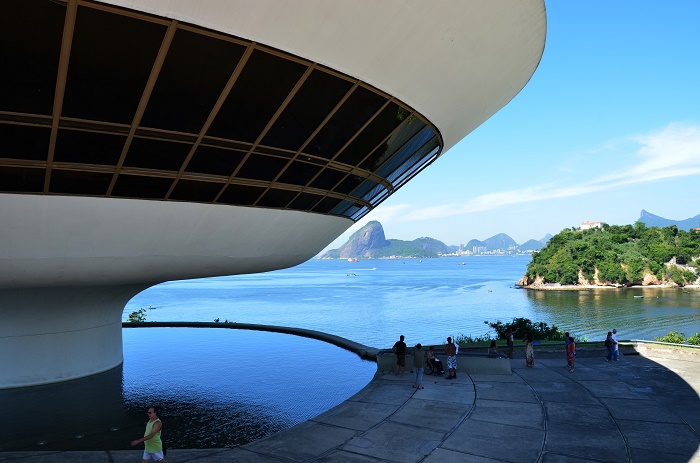 Later in 1563 they have been expelled by the Portuguese, who built fortifications for future protections of another invaders, making the Guanabara Bay almost impregnable against a naval attack. The Santa Cruz, São João, Lajes and Villegaignon forts were among the most important ones, and in addition there were islands which were adapted by the Navy to host naval storehouses, hospitals, dry docks, oil reservoirs and the National Naval Academy. 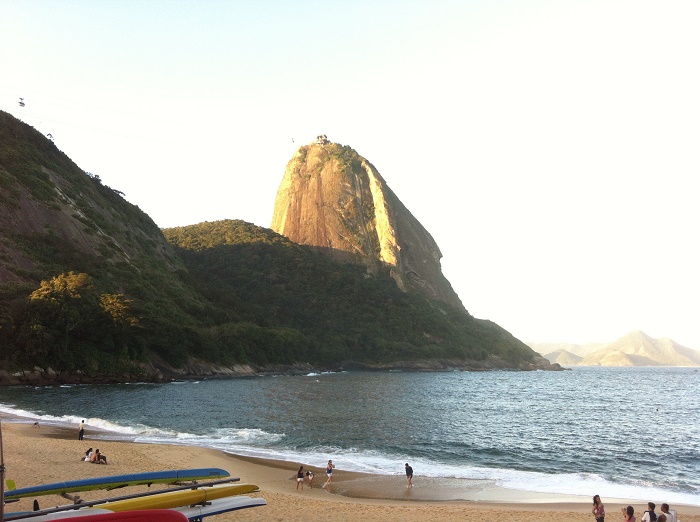 Nonetheless, today there are more than 130 islands that are dotting the big bay among which are: Ilha do Governador, Ilha de Paquetá, Ilha das Cobras, Flores, Ilha Fiscal, Ilha da Boa Viagem etc. The Rio-Niterói Bridge is cutting across the bay, but there is other transportation, such as the regular ferryboat lines. 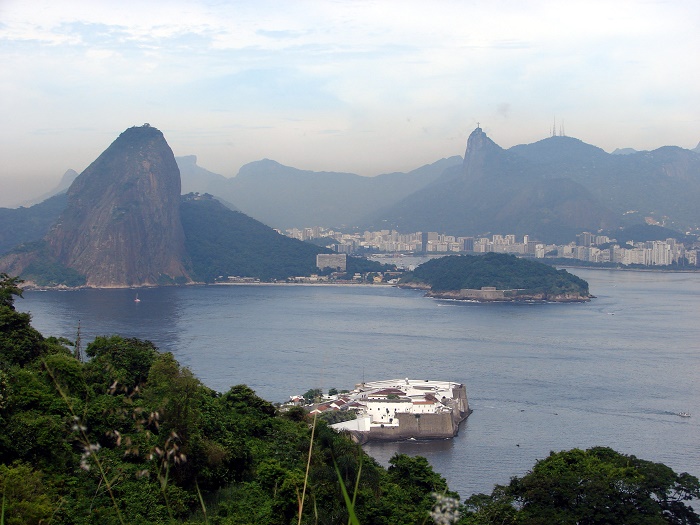 The most important issue that is troubling the city of Rio de Janeiro is the ecosystem of the bay that once was very rich and diversified, however, it has been heavily impacted by urbanization, deforestation, and pollution of its waters with sewage, garbage, and oil spills. 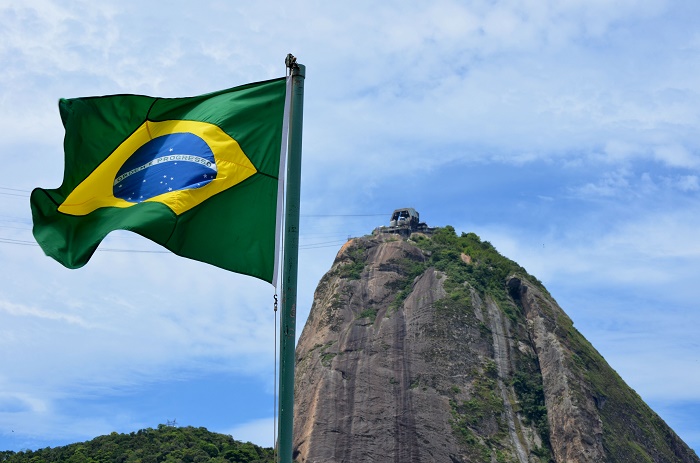 There have been many attempts to take actions to clean up the bay, having in mind that there are around 16 million people that are living around the bay, nonetheless, it is very crucial for them to have a better chance of living a good life, as well as being in great health. 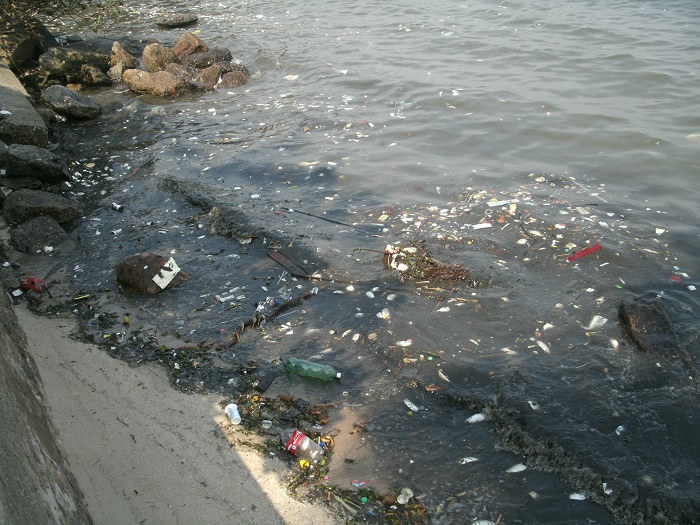 A major problem for the clean up in the past was the Jardim Gramacho, which was one of the world’s largest landfills, and it was adjacent to the Guanabara Bay. 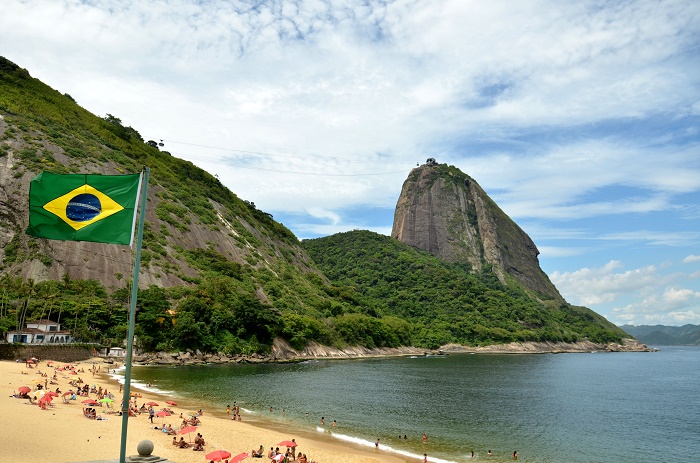 Whether the bay will be completely cleaned up from the mess it has at the moment it is yet to be seen, however, everyone hopes that in the near future, the citizens of the surrounding cities will be able to have the bay as the Portuguese had when they first arrived in South America. 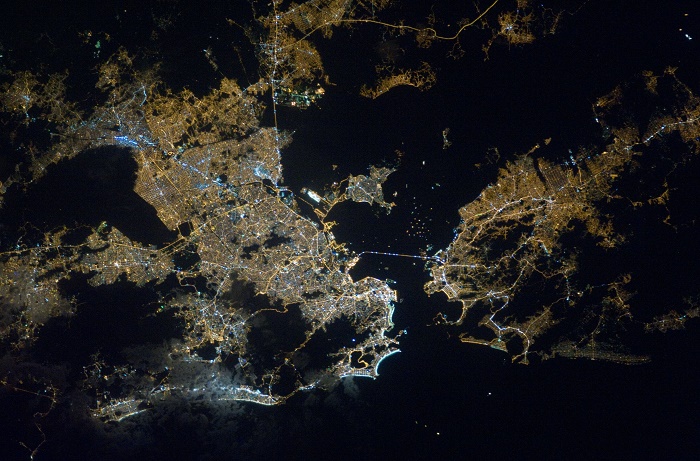