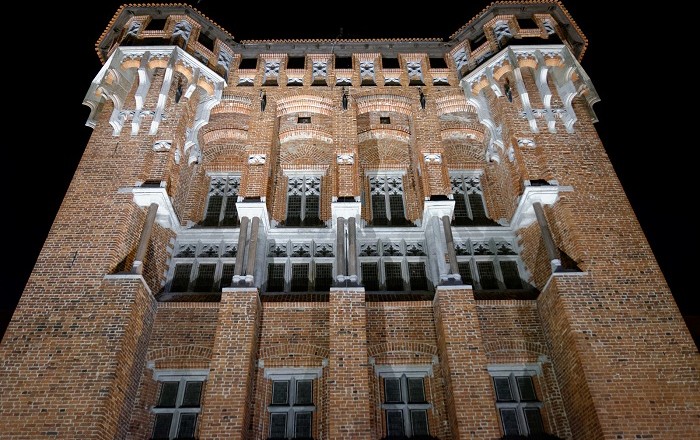 Malbork Castle, which is also known as the Castle of the Teutonic Order in Malbork, is the largest castle in the world, which was built at first in Marienburg, Prussia, but nowadays is located in the town of Malbork, the Republic of Poland. 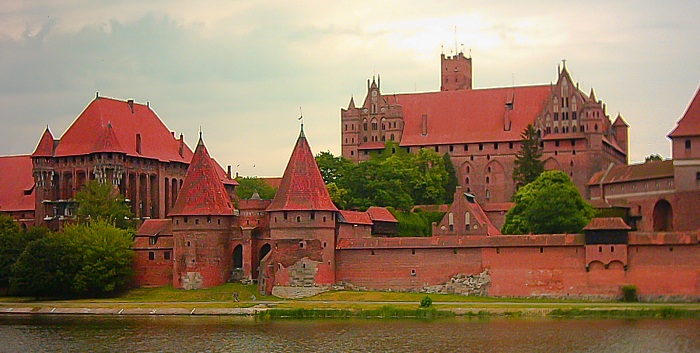 It was built in 13th century by the Teutonic Knights, who were a German Roman Catholic religious order of crusaders, having been named Marienburg (Mary’s Castle), and the town which grew around got the same name too. The castle is a classic example of a medieval fortress, and as it is is the world’s largest brick Gothic castle, it has been inscribed on the UNESCO World Heritage List since 1997. 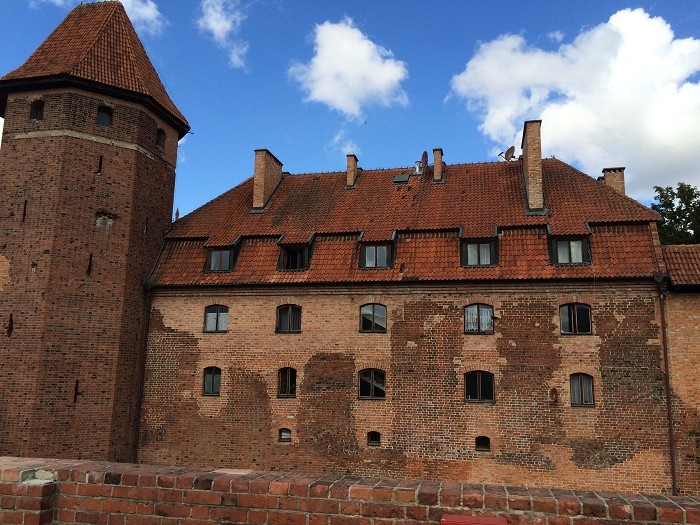 As the castle was founded in 1274, and the Order based in Acre (the Middle East), in 1309 in the wake of both the papal persecution of the Knights Templar as well as the Teutonic takeover of Danzig, the Order under Siegfried von Feuchtwangen moved its headquarters into the Prussian part of their monastic state.

They chose the Marienburg, conveniently located on the Nogat, in the Vistula Delta, which allows access by ship. The castle was expanded several time to host the growing number of Knights, and became the largest fortified Gothic building in Europe, featuring several sections and walls. 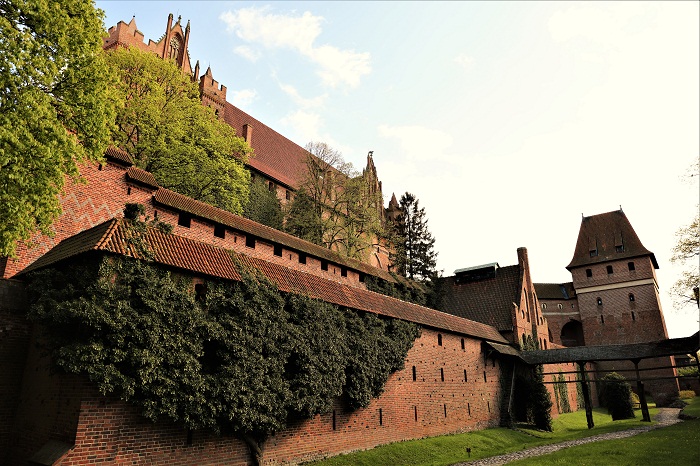 It consists of three separate sections – the High, Middle and Lower Castles, separated by multiple dry moats and towers. During the governance of the Teutonic Knights, they collected river tolls on passing ships, as did other castles along the rivers imposing a monopoly on the trade of amber. 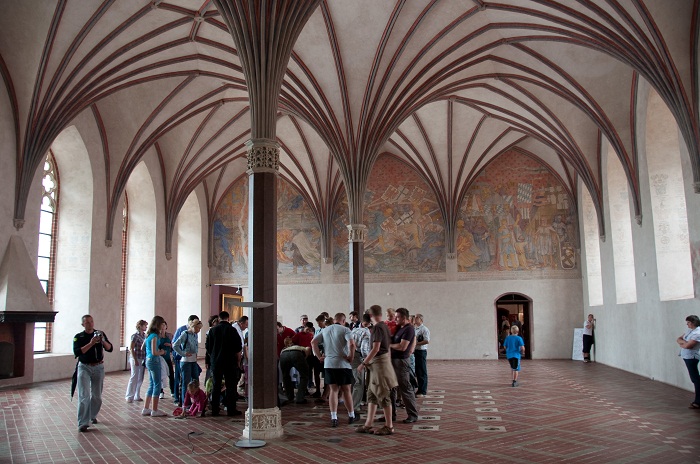 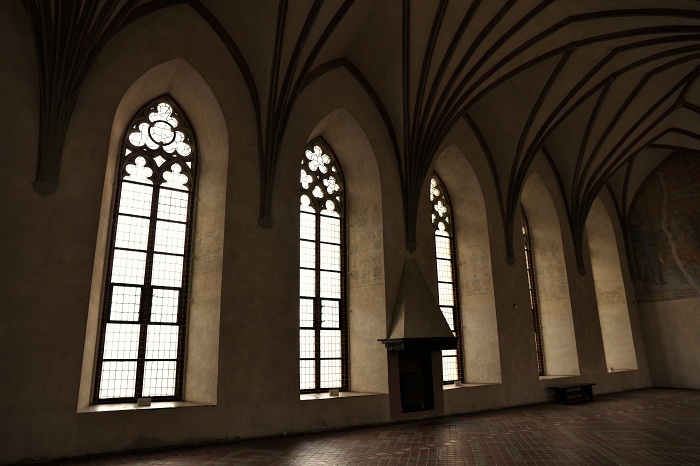 The country has been doing restoration on the castle, an ongoing restoration since 1962, and the main cathedral which was rebuilt before the war, was destroyed and nowadays still remains in ruins. Even though there are many possibilities that can be done with this alluring castle, the Polish people can still be proud of their heritage. 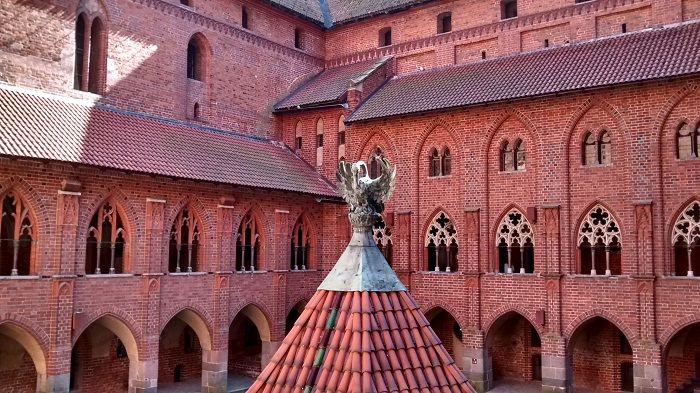 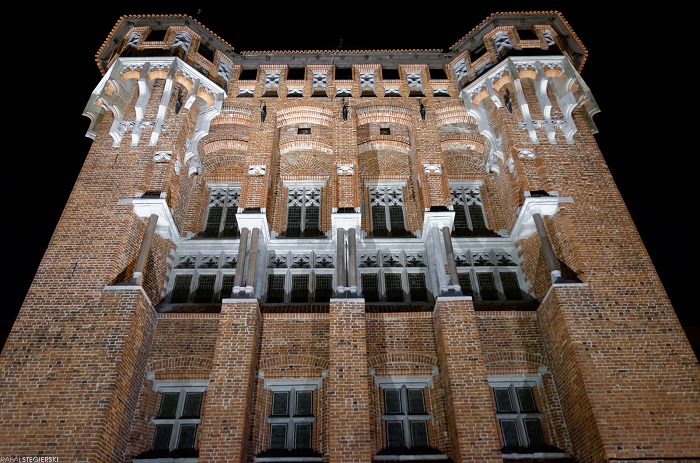 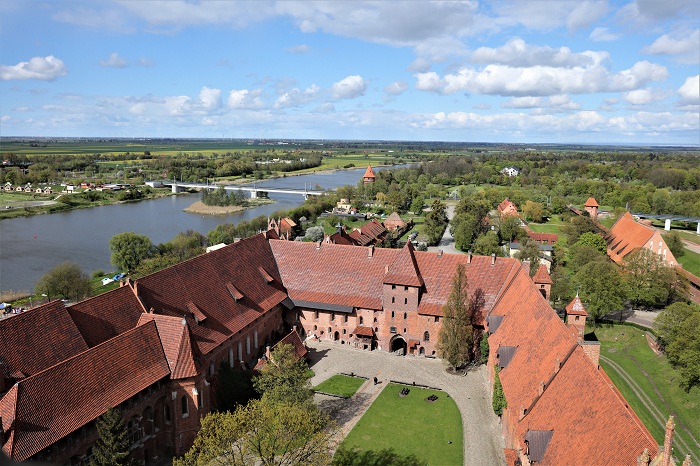 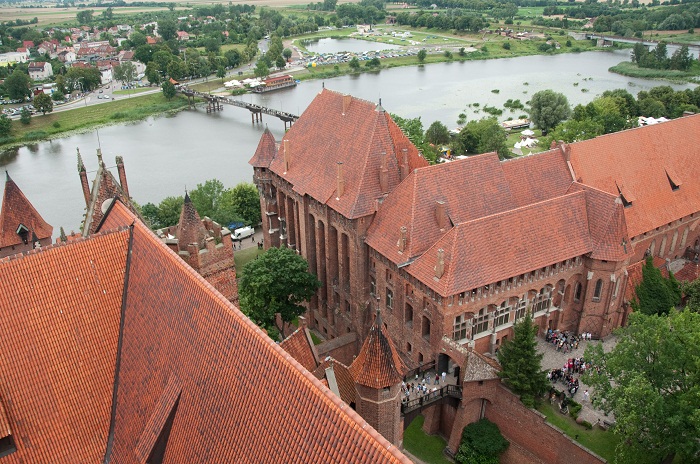