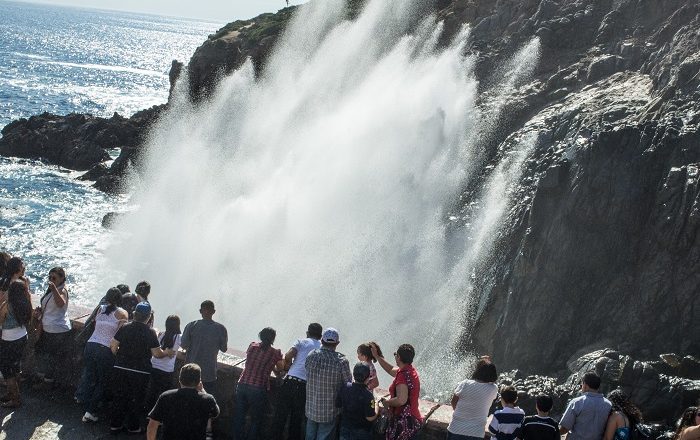 La Bufadora is a unique geological feature that actually represents a blowhole, better known as a marine geyser, disputably one of its kind in the Americas, and it is located on the Punta Banda Peninsula in the Free and Sovereign State of Baja California, within the United Mexican States. 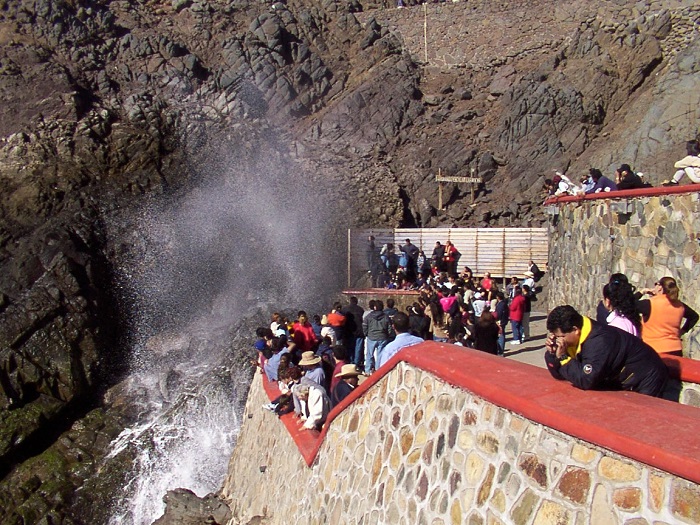 As it is located more precisely to the city of Ensenada, it attracts plenty of visitors who are always mesmerized by this amazing Mexican marvel. The spout of sea water that is visible all the time in the air is more precisely the result of air that is trapped in a sea cave which then explodes upwards. 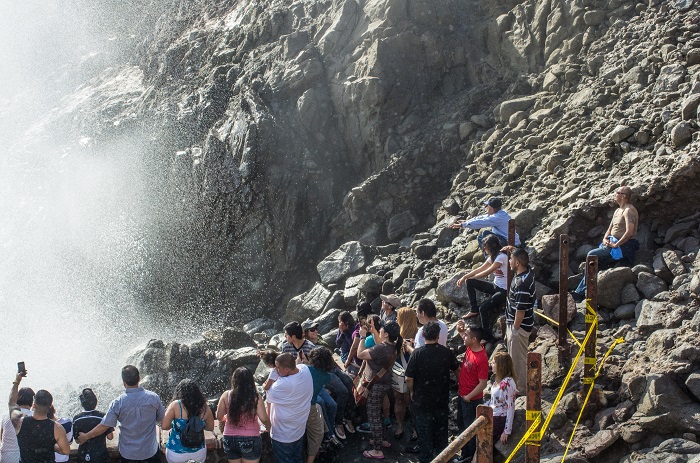 Since the air is forced into the cave by wave action and later released when the water recedes, it does not necessarily create only spouts, but also a very thunderous noise that can be heard in quite long distances from the feature. The highest measured shooting was measured to be 30 meters (100 feet) above the sea, with very frequent shootings that are almost the same, but always unique in their own way. 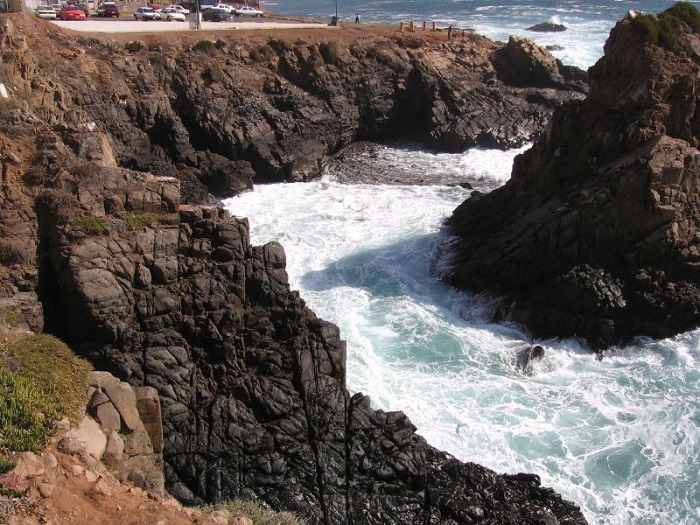 Still, considered to be among the greatest natural landmarks of the Mexican state, La Bufadora is a certain natural phenomenon that should not be missed whenever in Ensenada and Baja California. 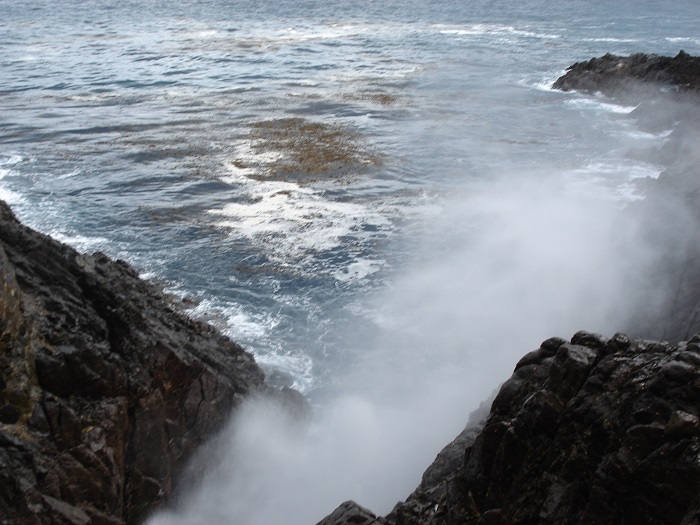 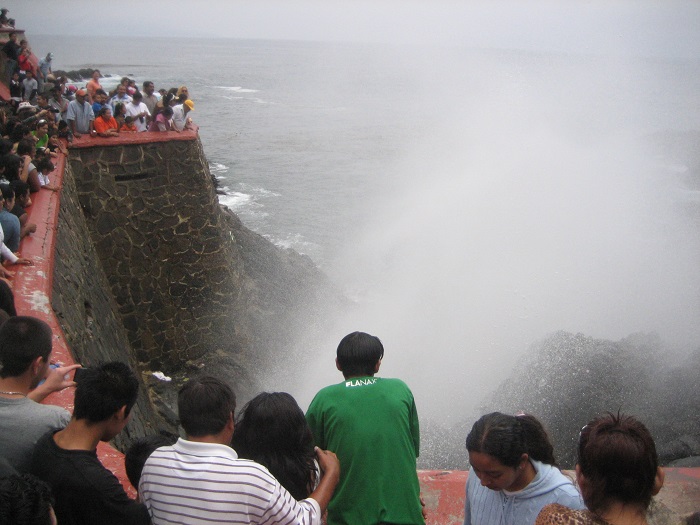 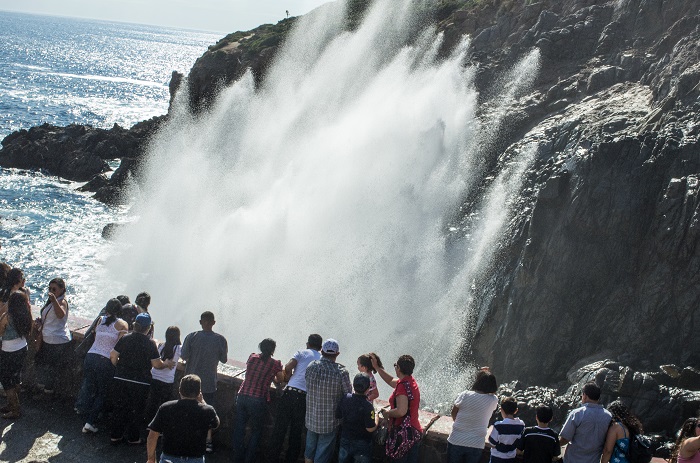