The Katara Mosque, sometimes referred to as the Blue Mosque of Katara, is a very intricate and beautiful mosque which is located in the Katara Cultural Village in the western part of the State of Qatar. Since the cultural village is situated to the north of the capital Doha, there are plenty of visitors and worshipers coming to see this religious marvel. 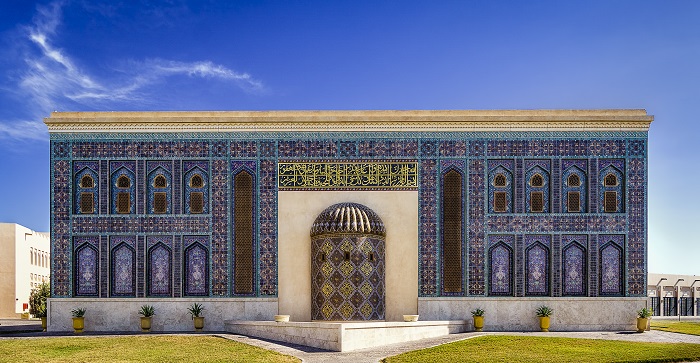 Unlike other typical mosques that can be seen around the country, the Katara Mosque is predominantly blue due to the impressive glass mosaic art and hand painted ceramic tiles which were made specifically for Katara. 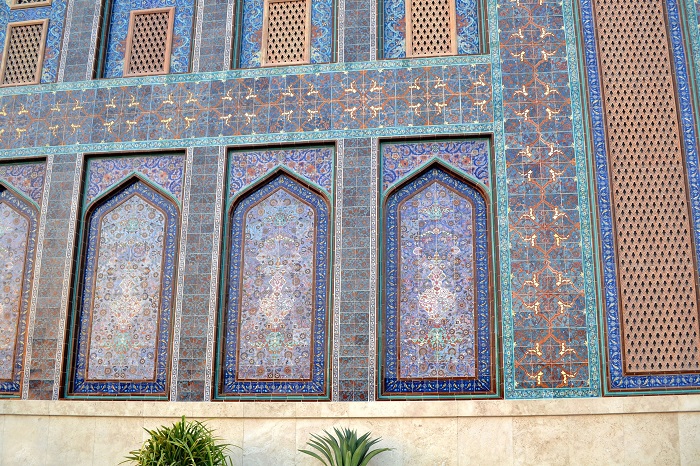 Designed by the famous Turkish mosque designer, Zainab Fadil Oglu, the decorations have been designed by a team of restoration specialists from Istanbul, and the complete ornamental tile project for the mosque was executed by MEC. 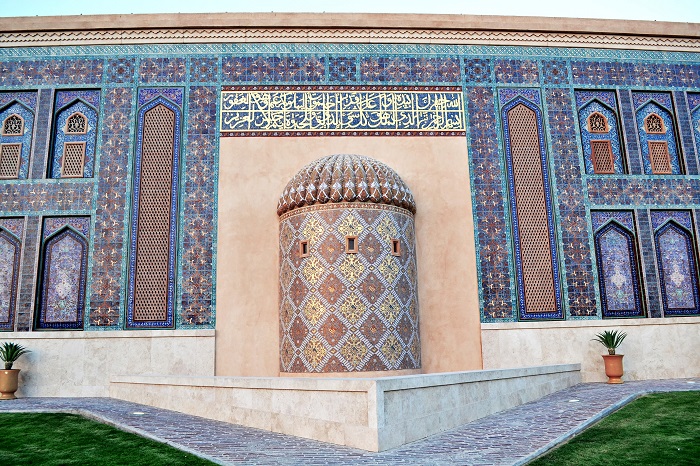 There are intricate mosaic patterns that include everything from Arabic calligraphy displaying verses from religious scriptures to traditional vegetal Islamic style motifs throughout the entire exterior façade. The mihrab, minaret and domes of the Katara Mosque also contain golden elements in their design in addition to the calligraphic panels which are made from actual 24K gold leafed glass mosaic tiles. 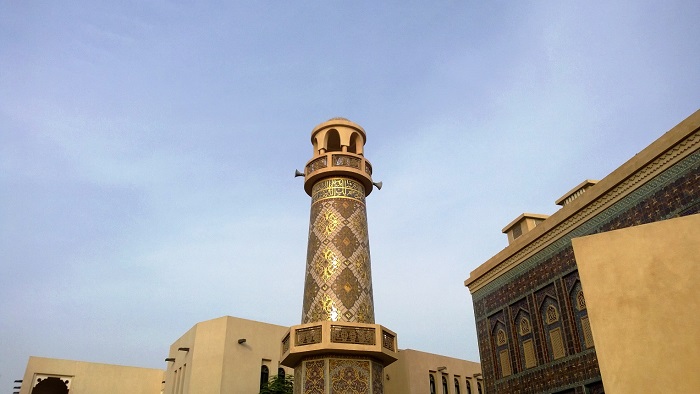 Certainly famous for the exclusively hand-painted ceramic tile panels, the MEC artists have done quite marvelous job as they were required to experiment with the colors, because the Turkish architect wanted some colors, especially purple, to be implemented on the entire façade. 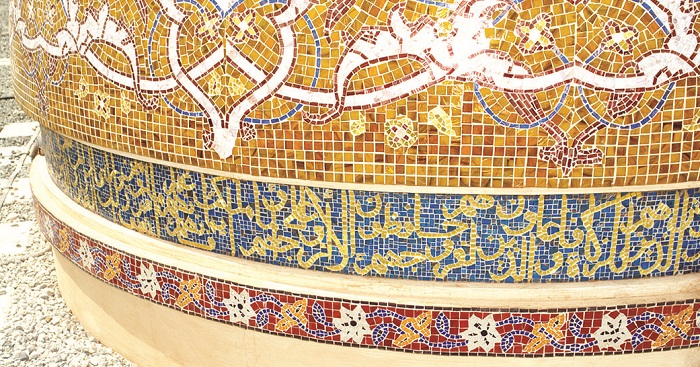 With this, extended experimentation and color mixing was involved in the process, in order for the end product to be turned in the most perfect, most beautiful tile paint shades. Still, having the shape of an Islamic star, it is quite interesting to note that the minaret is separated from the mosque, and there are 9 domes located in the central part. 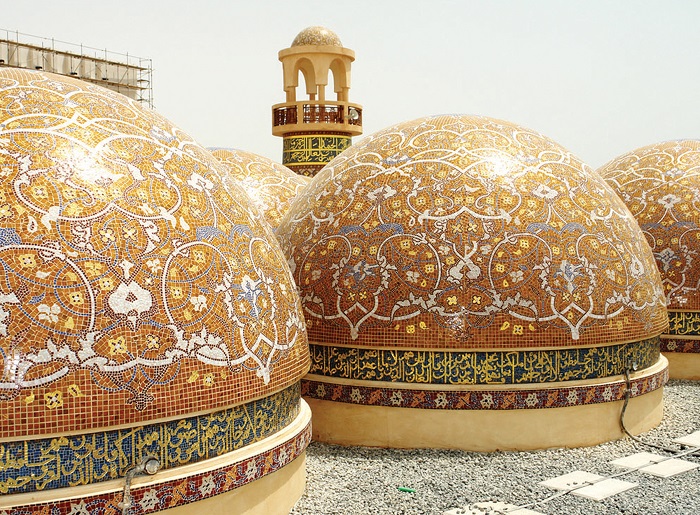 Even though some would say that the mosque’s exterior was carved out in accordance to the very significant Islamic shrine, the Dome of the Rock, nonetheless, Qatar’s mosque is considered to be among the most beautiful gems from the Middle East. 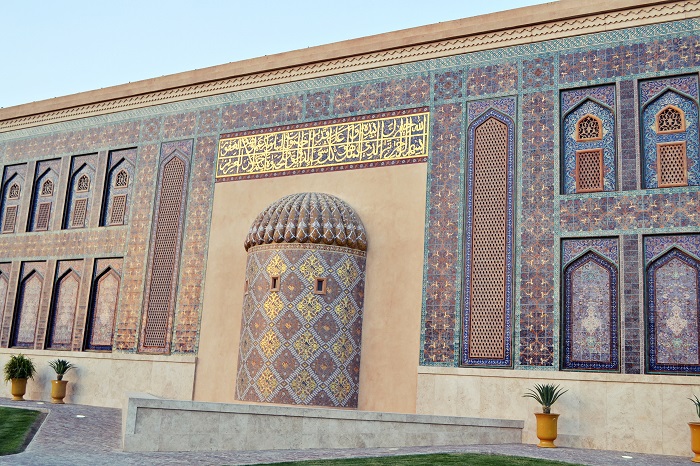 All in all, an important place not just for worshipers, but also tourists, Katara Mosque is recognized as the most well known object of Qatar that encompasses the different architectural styles from Turkey, Syria, Turkmenistan and northern Persia. 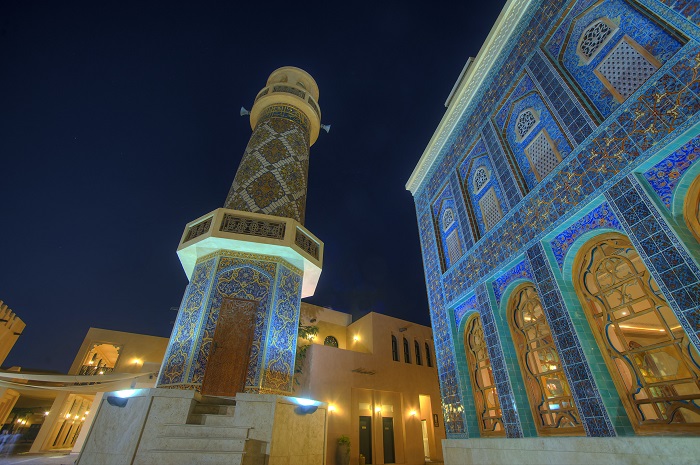