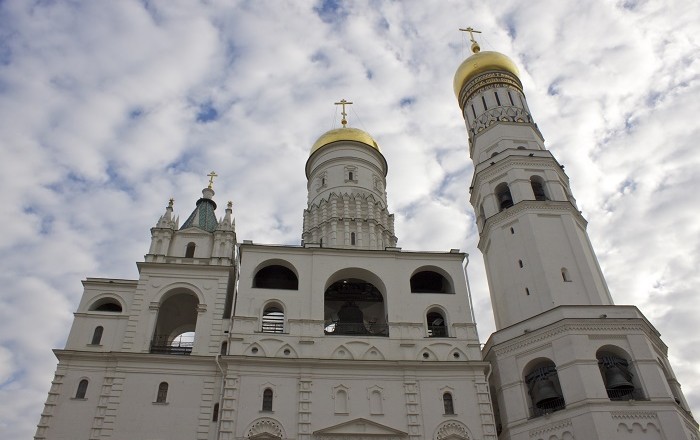 The Ivan the Great Bell Tower is the tallest tower among the buildings that are located in the Kremlin complex, which is in the capital city of the Russian Federation, Moscow. 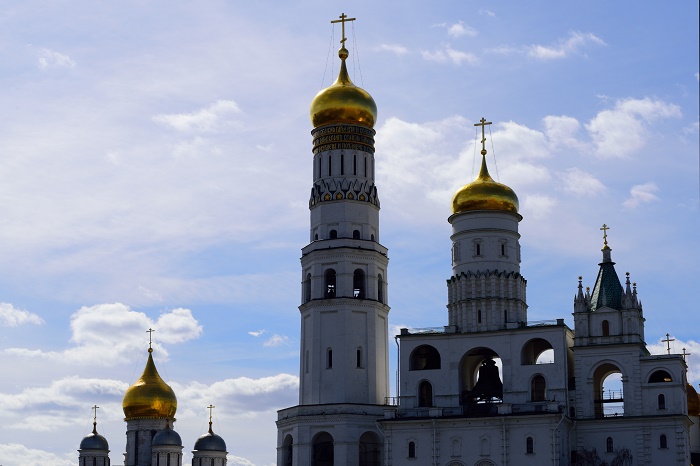 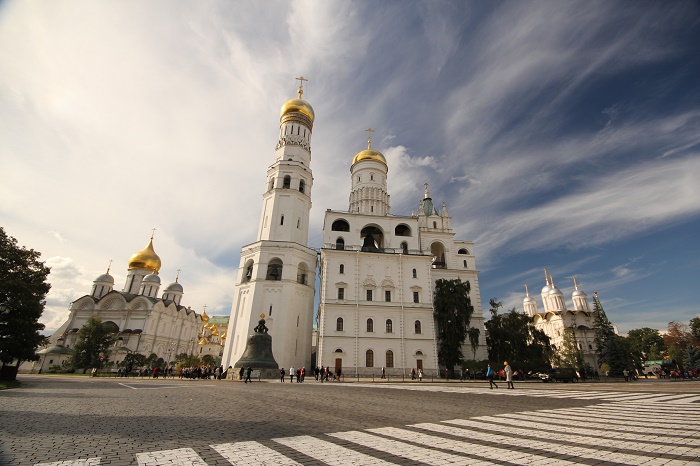 Standing 81 meters (266 feet) tall, for nearly 400 years it was the tallest building in Russia, where it was forbidden for some other structure to be taller. That was something which was not done, until the communists came into power and began raising even taller structures. Designed by the Italian architect Marco Bono in honor of Ivan the Great, it had a height of 60 meters (197 feet)and it took the place of a tower that has been destroyed previously. 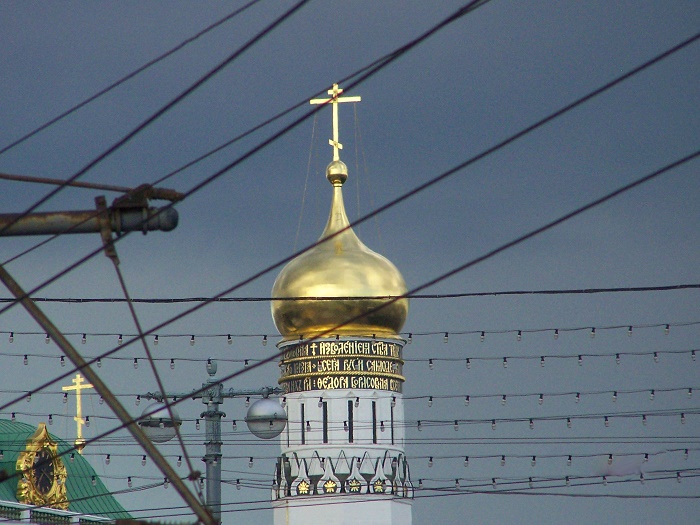 To reach the height we see today, the Russian Tsar Boris Fyodorovich Godunov in 1600, ordered the tower to be raised, which in the end represents an ensemble of three components. The Ivan the Great Bell Tower is made of brick, and it is whitewashed in accord with the neighboring buildings of Cathedral Square. 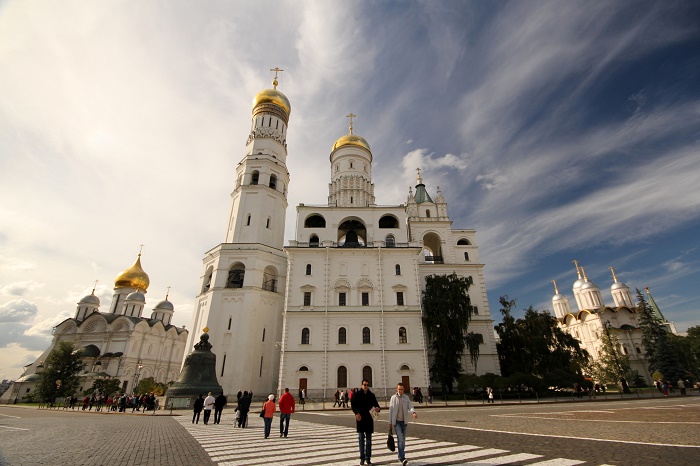 Consisting of three octagonal drums, narrowing towards the top, atop the tower is a golden dome and seven-meter high cross. In addition, each section has cut-out windows for the bells, and the upper third has a series of kokoshnik ornamentation, which inscription made with golden letters on blue background state that it was built by the order of Boris Godunov. 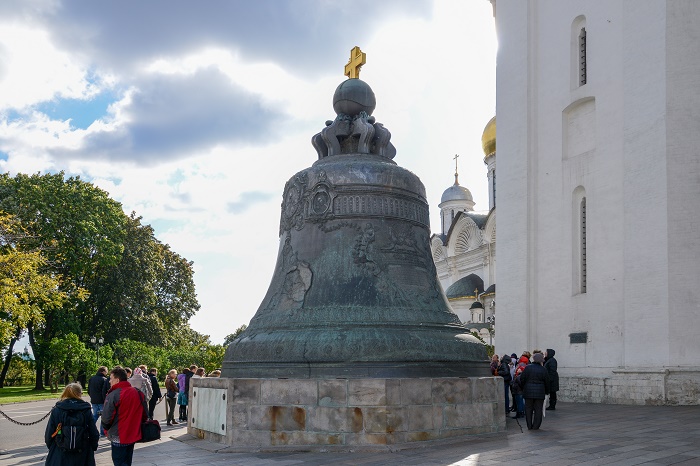 The interior is a little bit cramped due to the 5 meters (16 feet) thick walls, and there is a spiral staircase with 329 steps that leads to the highest observation deck. There are 22 bells in the Ivan the Great Bell Tower, where 18 small bells hang in the base and in the middle, and there are also 4 large bells among which one that weighs 66 tons. 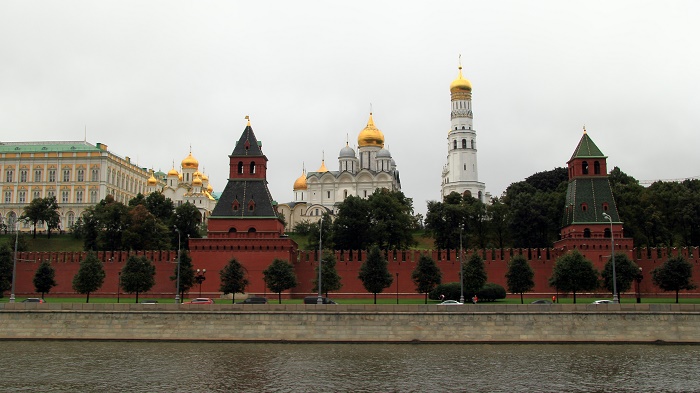 Until today, the tower remains the tallest structure within the Kremlin, surpassing all other buildings within the wall as well as the guard towers on The Kremlin Wall, making it one of the most interesting and historic landmarks of the capital city. 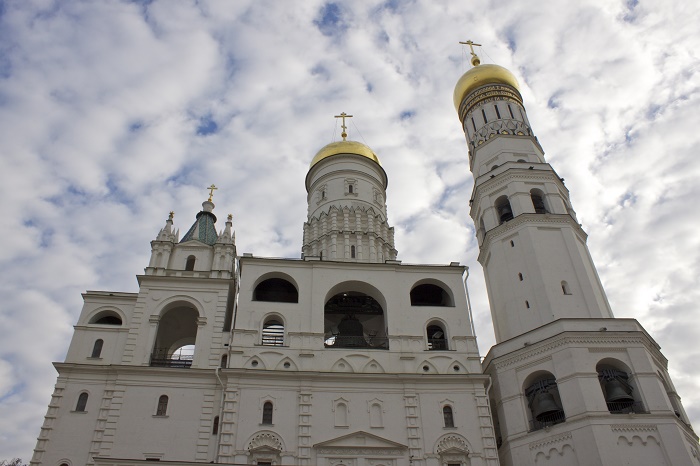 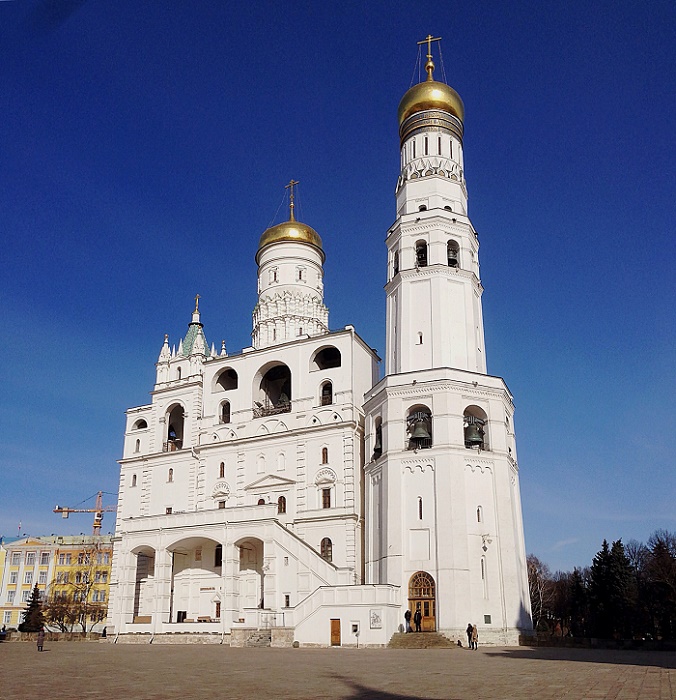