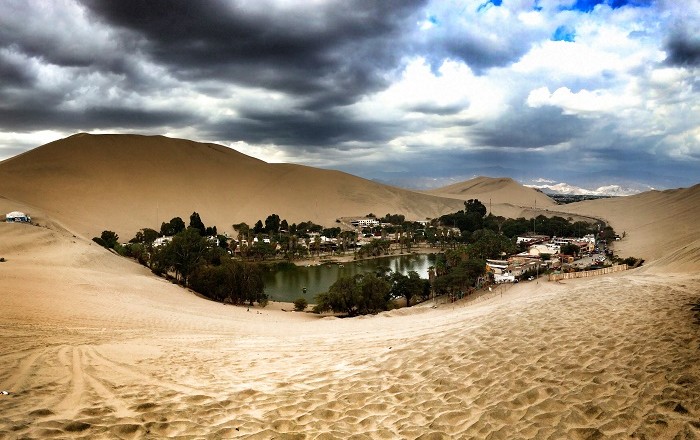 Huacachina is a small but very picturesque village which is built around a small oasis surrounded by sand dunes, located in one of most barren places on the planet in the Republic of Peru. Just an hour away from the Pacific Coast, the whole village surrounds the blue-green lagoon around which many palm trees are located. 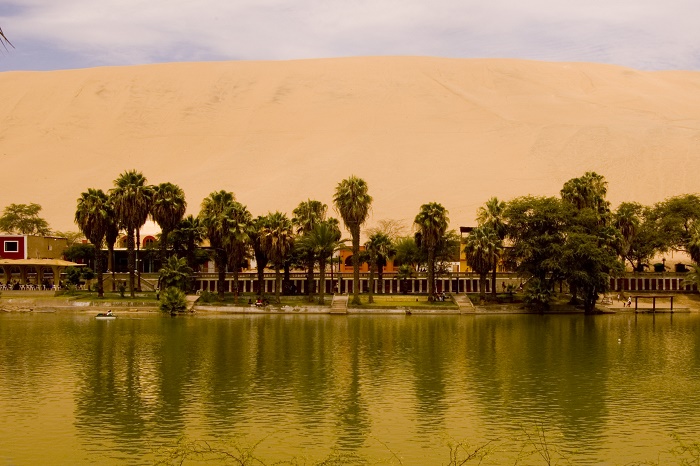 More precisely in the Ica Province, the oasis is also featured on the 50 Nuevo Sol banknote, making it one of the important places in this South American country. Even though there are some 100 permanent residents, tens of thousands of tourists are visiting this alluring place each year, drawn by the dune buggy, and sand-boarding on the sand dunes that are one of the tallest in the world. 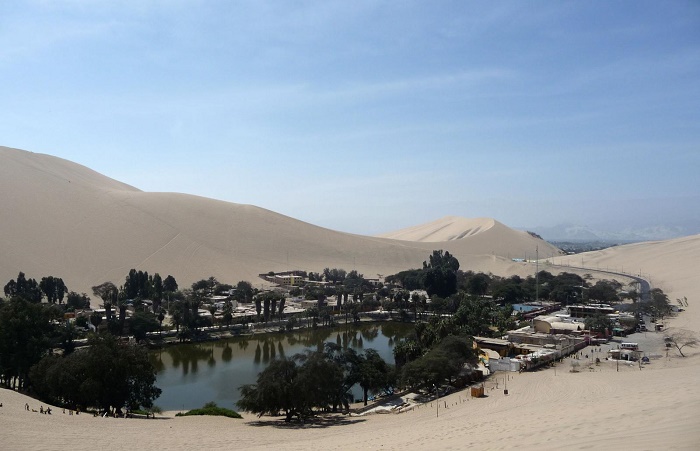 As a matter in fact the Cerro Blanco Sand Dune is estimated to rise some 2,078 meters (6,818 feet) above sea level, and 1,176 meters (3,858 feet) from base to summit which is more often referred to as the world’s tallest sand dune. 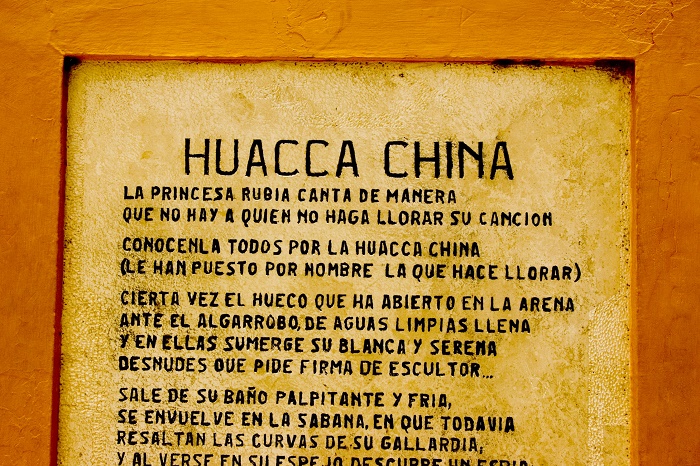 The locals are convincingly stating that the water and mud of the area have curative powers in which they are bathing or plaster themselves. There is a legend regarding the creation of the lagoon where a beautiful native princess removed her clothes to bath, but looking into a mirror, she saw a male hunter approaching her from behind.

Startled at the intrusion, she fled the area leaving behind her mirror which turned into a lake. With the wake of the globalization, there is a treat for the lagoon from the private landowners who have installed wells, which has reduced the level of water in the oasis. 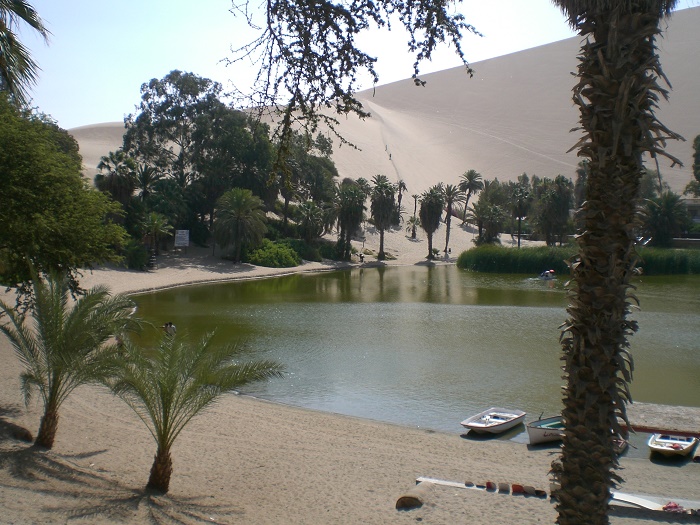 To compensate for this water loss, and preserve the oasis as an aesthetically pleasing destination for tourists, a group of ten businessmen devised a plan to pump water from a nearby farm into the lagoon, where the process began in April 2015, helping the lagoon to rise as much as 3 meters (10 feet) compared to the level it had in the past.

Yet, with so many people visiting this amazing place, even the Government of Peru should take it into consideration the preservation of this jewel so that it won’t disappear from the face of the Earth. 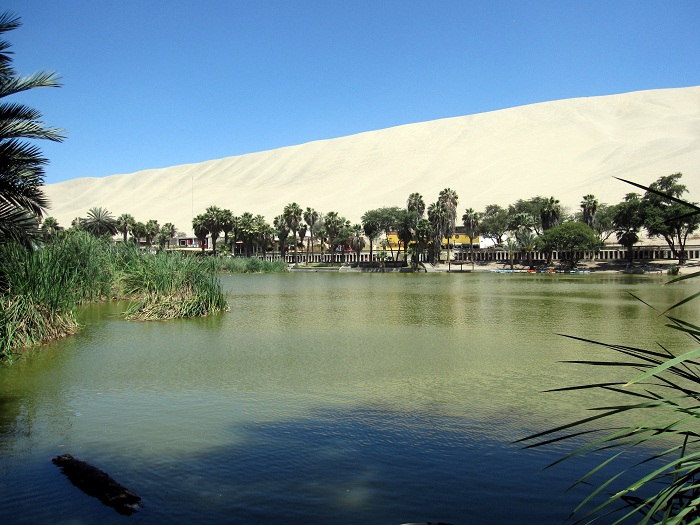 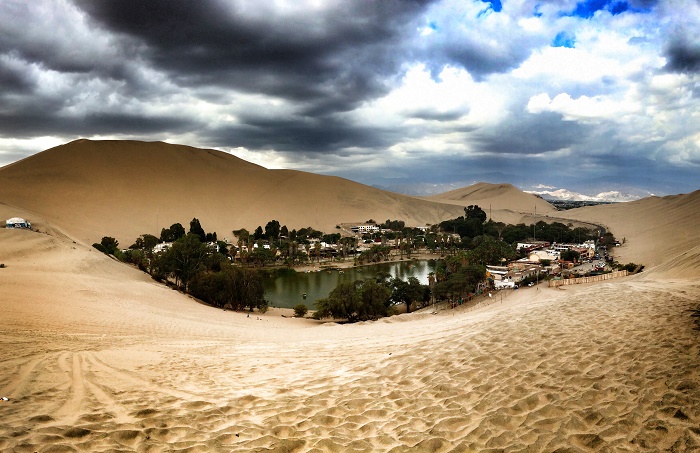 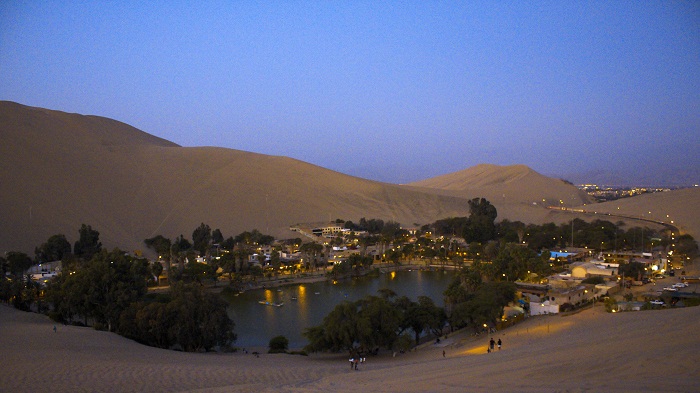 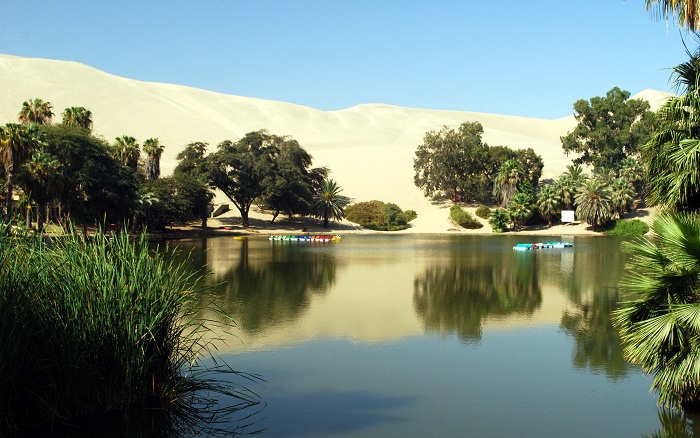