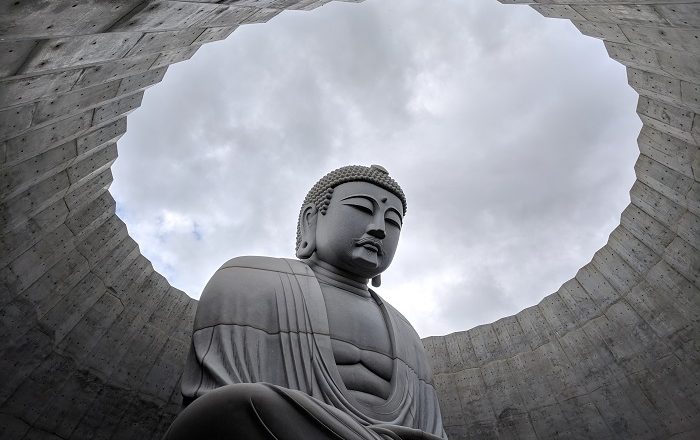 The Hill of the Buddha is a very unique Buddhist shrine which is located in the Makomanai Takino Cemetery, in the southern part of the city of Sapporo in the Hokkaido Prefecture, within the northern part of Japan. Designed and very well thought by the Japanese modernist architect Tadao Ando, the Hill of the Buddha represents a confluence of nature and architecture, in addition to the spirituality behind. 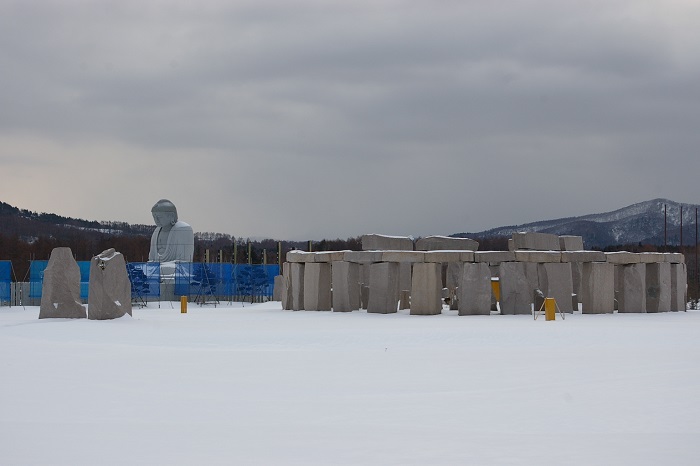 The main piece of this architectural composition is the Buddha statue which is 14 meters (44 feet) tall, which is encircled by a hill rotunda which has an open top, from where the statue’s head just crests through, which then is encircled by more than 150,000 lavender plants. Even though the large statue stood here 15 years prior to the construction of this impressive place, with the architect’s great imagination, the Buddha finally found its place in the sea of architectural dreams. 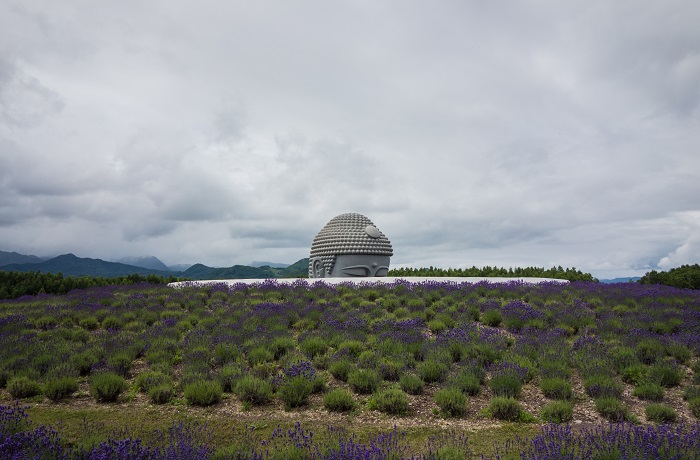 In order to get to the statue, visitors have to pass through a tunnel which gives a perception of a “womb-like” atmosphere, which then lets visitors see the opening in the center which is naturally lit and surrounded by enormous concrete walls that are narrowly reaching towards the sky. 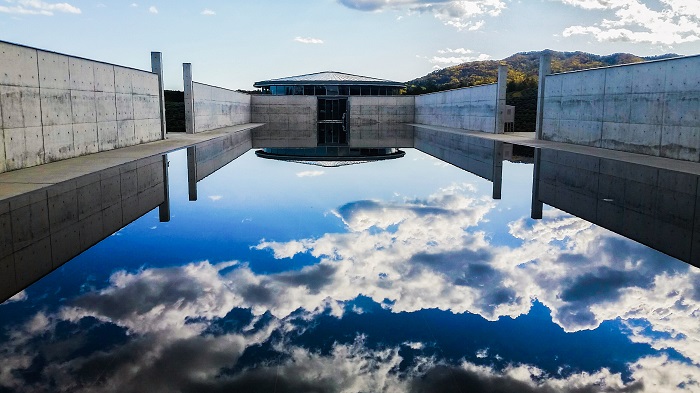 Even though the architect’s perception was to create a vivid spatial sequence that begins with the long approach through the tunnel in order to heighten anticipation of the statue that is almost invisible from the outside, it still gives the heavenly feeling, once visitors see the Buddha that is encircled by a halo of sky. In addition, there is also a water fountain that can be considered as a sacred boundary, which according to Buddhists enables the quest for calmness, clarity, and purity in our body, speech, and mind. After its opening in 2015, slowly but surely the Hill of the Buddha is getting the attention that is well deserved, making Tadao Ando’s masterpiece more and more famous around the world. 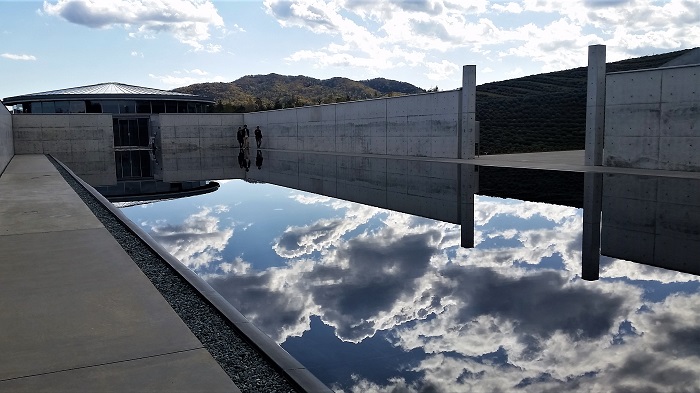 Finally, the unrestful days of the Buddha are at last over, and nowadays, the visitors can appreciate the more serene scenery that surrounds this beautiful architectural piece that achieves very well the harmony with the natural landscape. 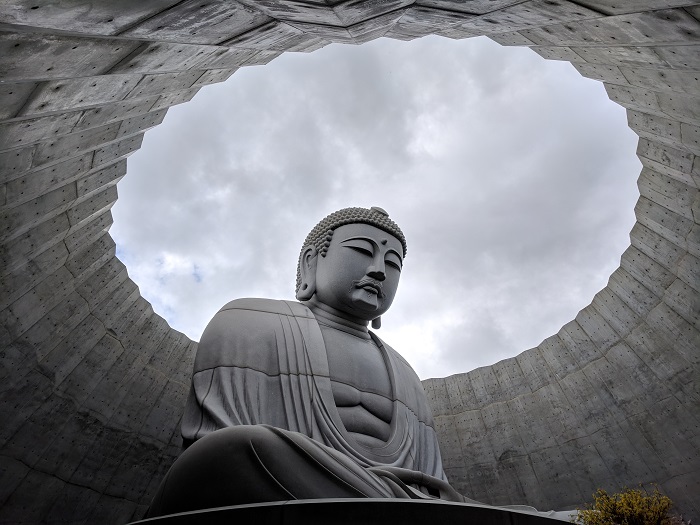