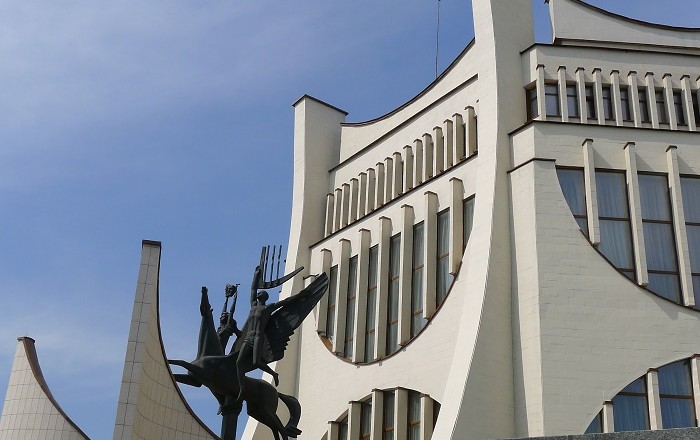 The Grodno Drama Theater, sometimes called as Regional Drama Theater of Grodno, is the official seat of the theather that is located on the right bank of the Neman River, in the city of Grodno, which is in the western part of the Republic of Belarus. 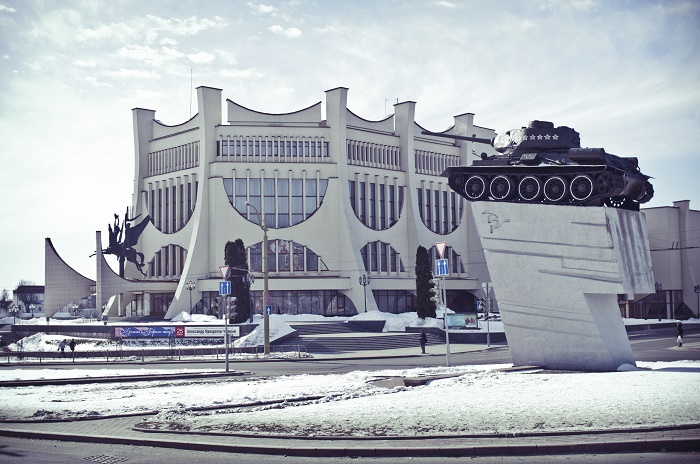 The building is mostly used for theatrical plays, however, it is also used for concerts. Built between 1977 and 1984, the building has a futuristic shape which was designed by the architects A. Machulsky and A. Parkhuta, with the collaboration of the sculptor L. Zilber, who designed the equestrian sculpture at the entrance of the building, which is actually a Pegasus that carries a man and a woman on its wings. 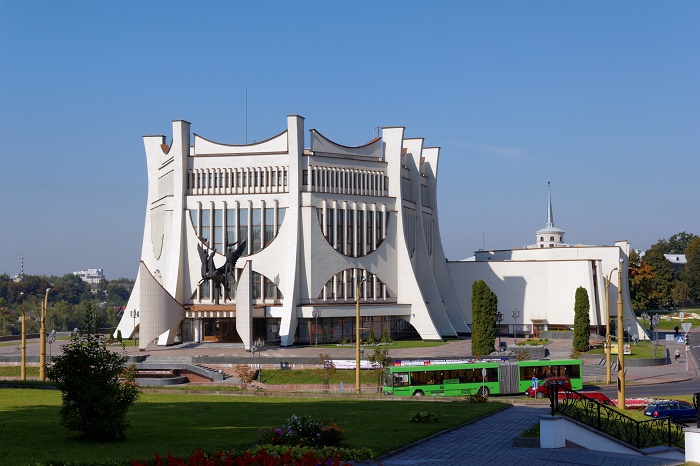 As it is relatively modern built structure among the Old Castle and New Castle of Grodno, the mainly oval building has concrete columns that are connected on the exterior with downward and upward arches, and there is additional rectangular building in the back for the purpose of the people who are working in the theater. 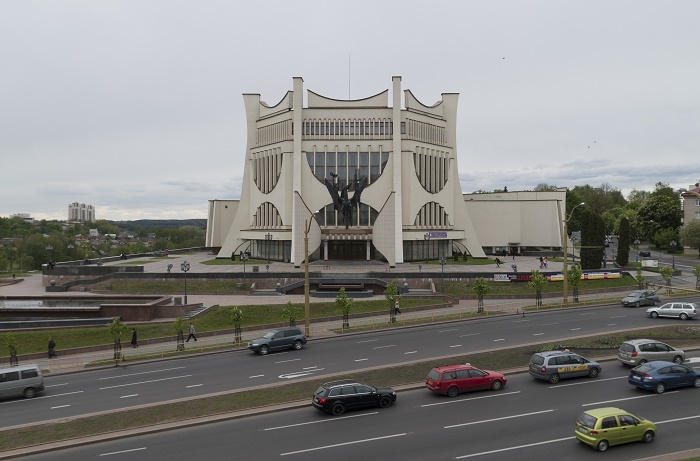 As it is blended in the most inconvincible way with the panorama of the city, this interestingly shaped building is one of the most important landmarks of the small Belarusian city, and definitely something from the Soviet era architectural marvels that deserves to be seen. 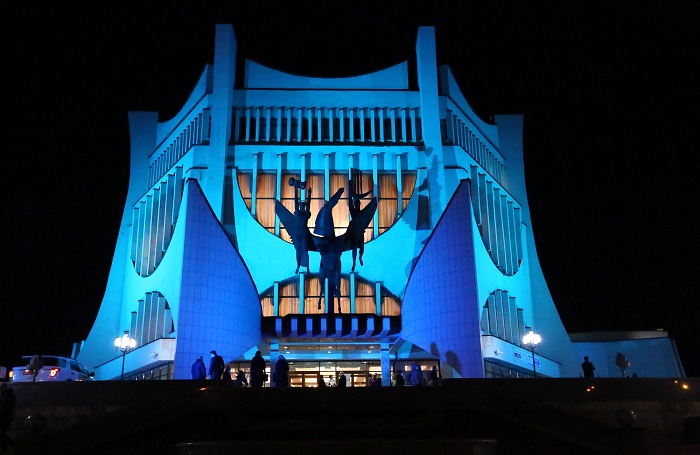 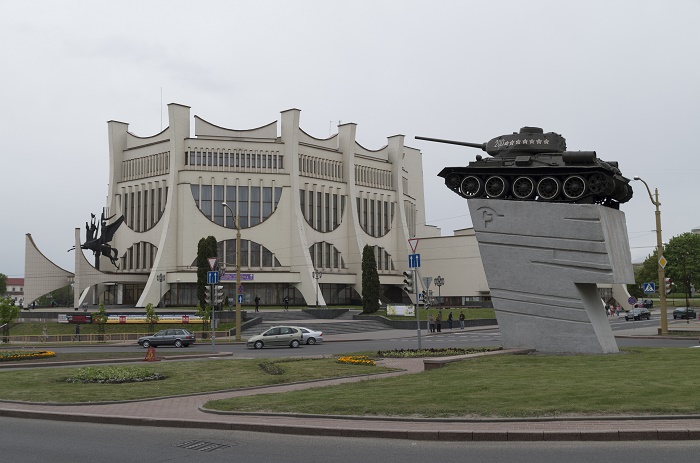 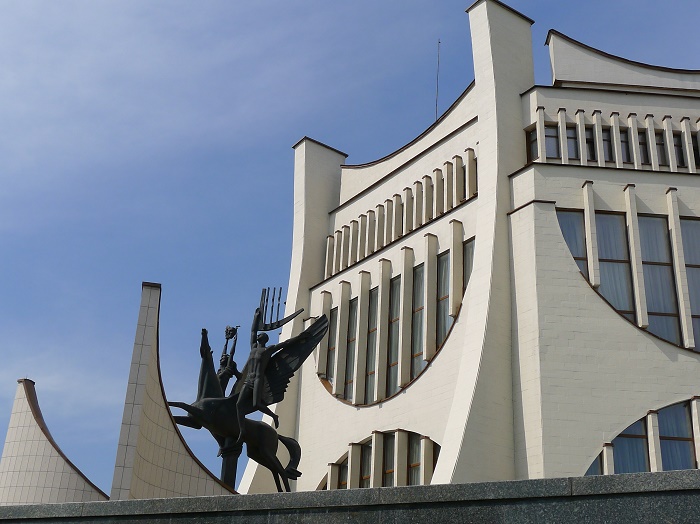 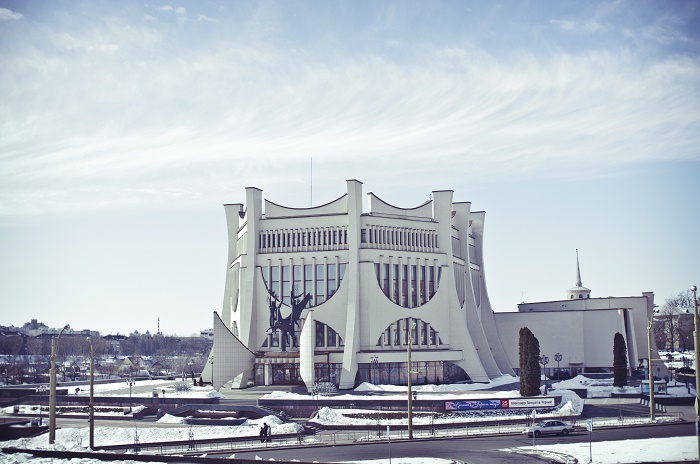 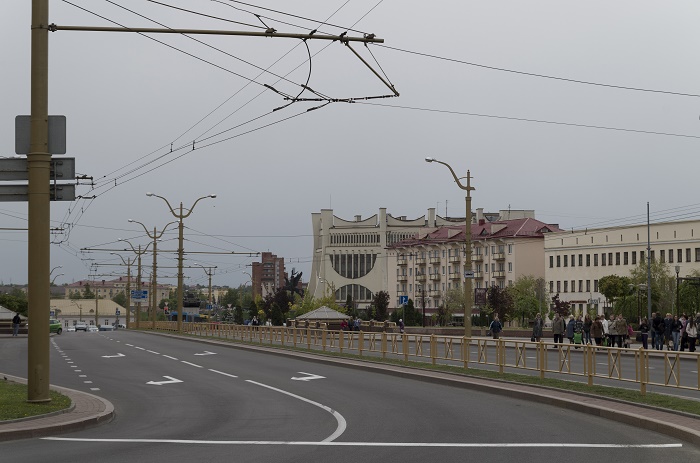