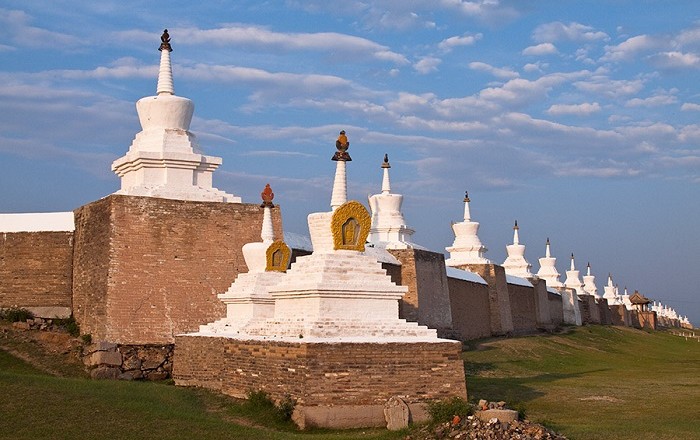 The Erdene Zuu Monastery is most likely the earliest surviving Buddhist monastery, located in the Övörkhangai Province, near the area of the ancient Mongol capital region called Karakorum, within the East Asian country of Mongolia. Having a great importance in the country, it was built between 1585 and 1586 by the order of the ruler of the Khalkha Mongols and grandfather of Zanabazar, Abtai Sain Khan, soon after he met with the 3rd Dalai Lama, and the declaration of Tibetan Buddhism as the state religion of Mongolia. 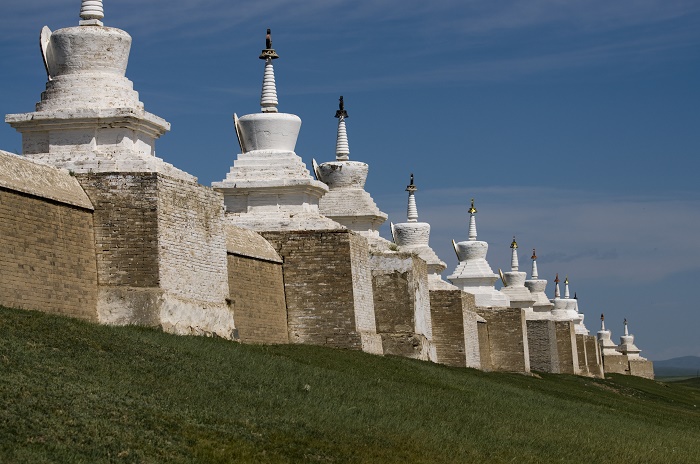 The name when translated to English means ‘Hundred Treasures’, and it had between 60 and 100 temples, about 300 gers inside the walls, and when it had its peak, there were probably some 1,000 monks in residence. 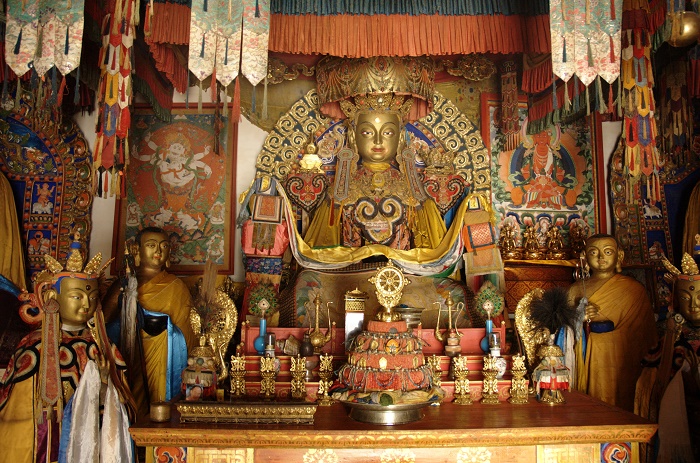 The whole monastery was planned at first to be surrounded by a wall that has 108 stupas, a number which in Buddhism is a sacred number, and it is also the number of beads in a Buddhist rosary, however, it is uncertain due to the destruction the monastery had throughout the years. 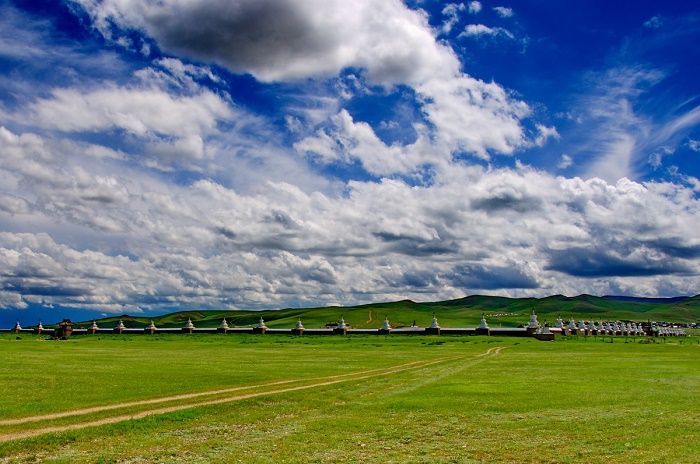 As a matter in fact, in 1688 the Erdene Zuu Monastery was destroyed in a war which was fought between the Dzungars and Khalkha Mongols, where the locals dismantled the wooden fortifications of the abandoned monastery, and used them for their purposes. In 1872 the complex was rebuilt, and at the time, there were 62 completed temples within the complex. 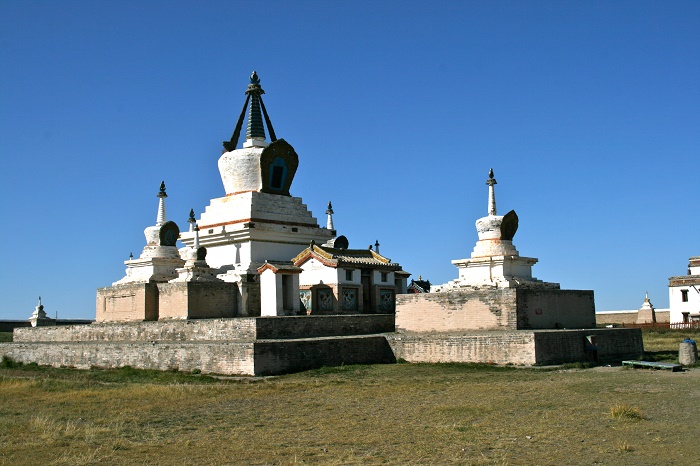 Most likely the worst period for the monastery occurred during the Communist rule in Mongolia, when the leader Khorloogiin Choibalsan ordered in 1939 the premises to be destroyed, being part of the list for purge that obliterated hundreds of monasteries in the country and killed more than 10,000 Buddhist monks. 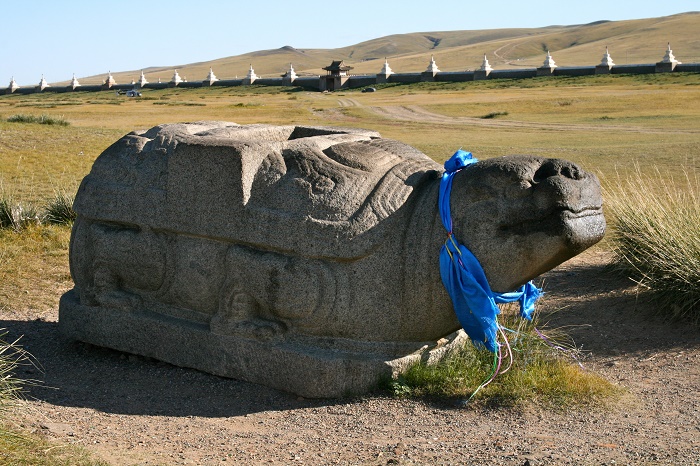 Luckily, three temples and the outer wall with the stupas remained intact, and soon after in 1947 the temples were transformed in museums. According to some sources, these temples were spared due to the pressure the Mongolian Communist leader had from Joseph Stalin. Stalin pressured Choibalsan because it was one of the few ways to showpiece the monastery to international visitors that the freedom of religion is allowed even if there is a Communist regime in power. Nonetheless, when that Communist regime fell in 1990, the monastery was given back to the monks, to make it once again a place of worship, attracting plenty of people. 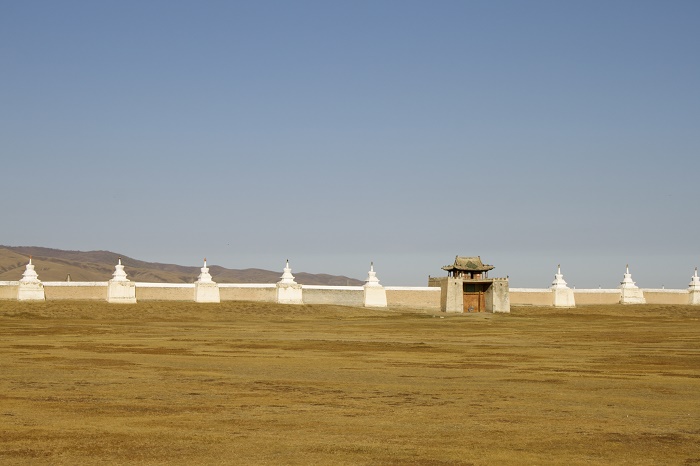 Within the premises the tourists can witness many wall paintings, thangkas, and masks which are in excellent condition giving every visitor the feeling of the rich historic past the Mongols had when they embraced the Buddhism. 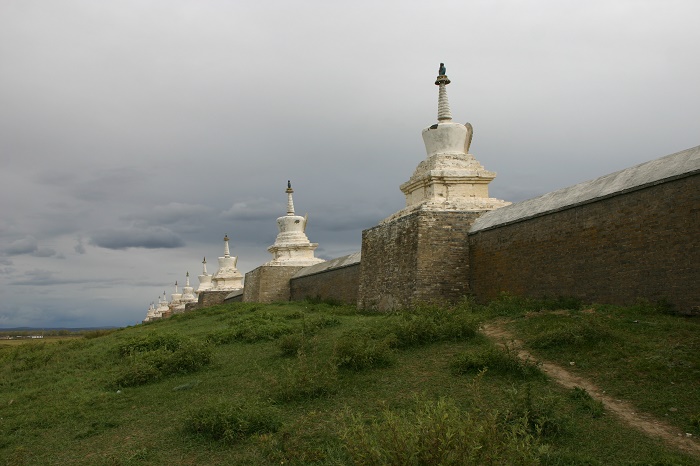 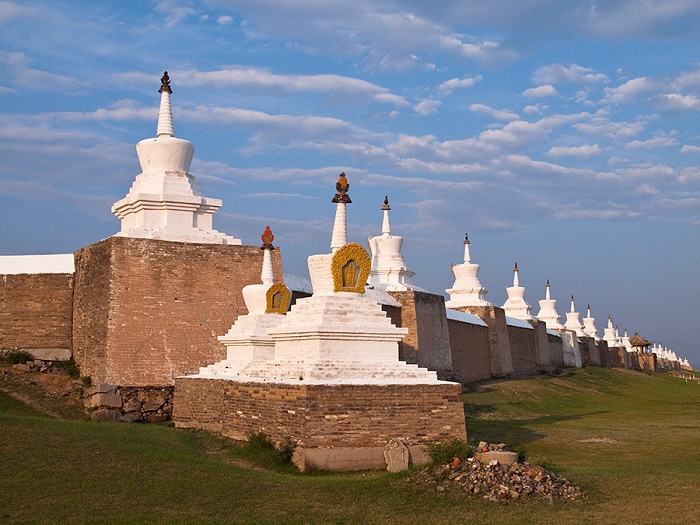