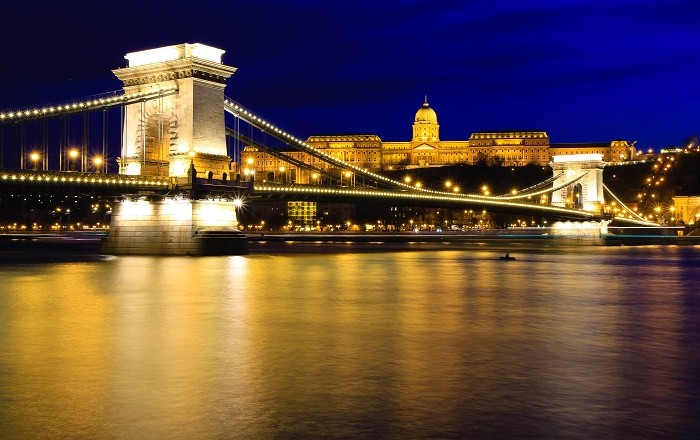 The Chain Bridge is the first permanent stone-bridge connecting Pest and Buda, located in the capital city of Hungary, Budapest. 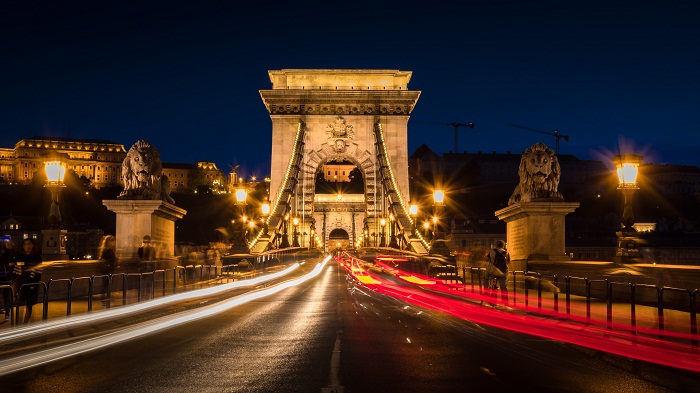 The Chain Bridge is one of Budapest’s most famous landmarks, which was designed by the English engineer William Tierney Clark. Its construction was first proposed by Count István Széchenyi, one of the leading figures in 18th century Hungary, and the official name of the bridge is Széchenyi lánchíd Chain Bridge, after the Count.

In 1836 Széchenyi asked William Tierney Clark to design a bridge, for which Clark had the right experience, having already designed two suspension bridges over the Thames. One is the Hammersmith Bridge in London and the other one Marlow Bridge. 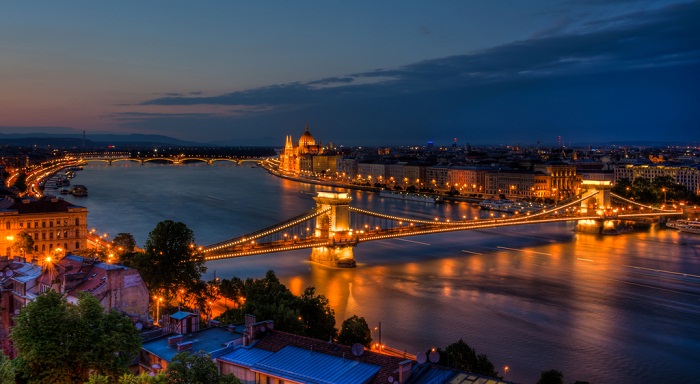 The latter is a similar albeit smaller version of the bridge William Clark would design for Budapest. The construction of the Chain Bridge started in 1842 under the supervision of the Scottish engineer Adam Clark, who is not related to William Clark, and who later on went on to marry a Hungarian girl and settled down in Hungary. 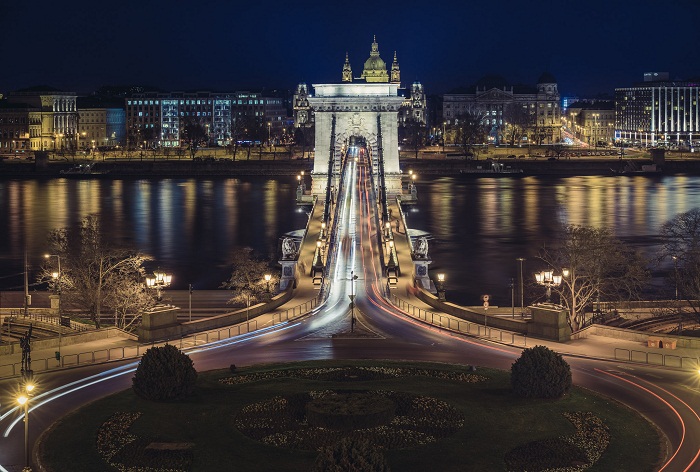 The place at the Buda end of the bridge has been named after him. The bridge was opened in 1849, after the Hungarian Revolution of 1848, and thus became the first permanent bridge in the Hungarian capital. The iron chains, on which the road-bed hangs, are held by two 48 meter river piers in classicist style, from where the name comes. 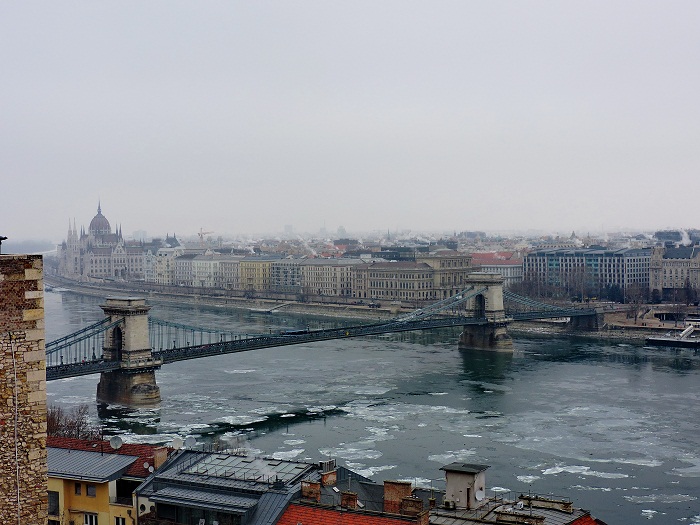 The chain-links have been made of iron plates with a length of several meters, its parts are connected by large rivets allowing for the chain to be a real chain and to make small movements. The chains have been led through the top part of the pillars where they rest on large iron saddles. 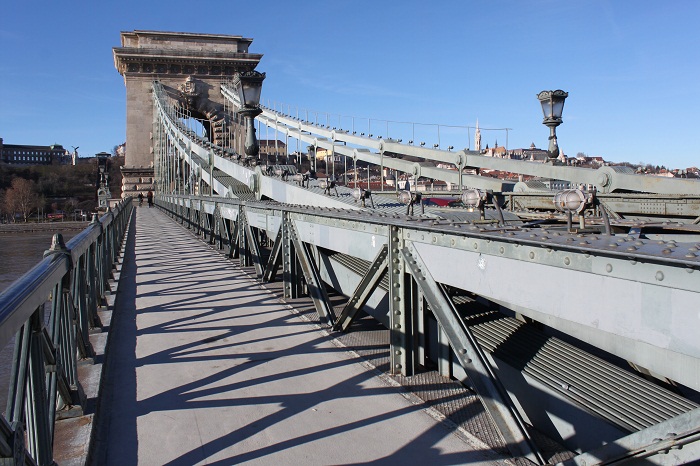 Between the two pillars, the chains are hanging low, and outside the pillars, they lead to the riverbanks where they go underground with minor fractures. Here, deep underground you can find the so-called chain-chambers in which the descending chain-ends are being anchored by vast iron blocks leaning to the walls of the chambers. 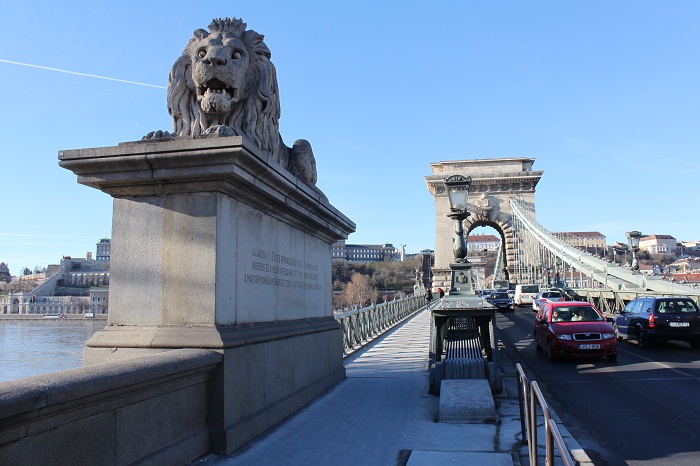 The stone lions situated at both abutments have been carved by sculptor János Marschalkó. These, however, took their allotted places only in 1852. At the Buda end, their plinth also contains the coats of arms of the families Széchenyi and Sina cast by András Gál. They have luckily survived the destruction of World War II, even though during the retreat of the Germans the bridge was blown up (18 January 1945), with only the towers remaining. 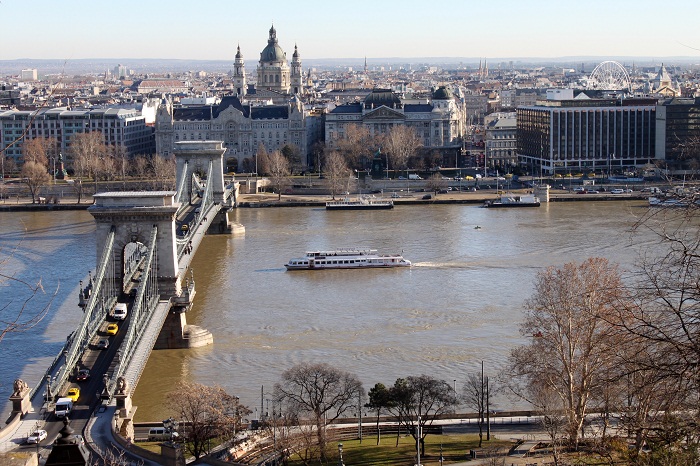 Later in 1949 it was rebuilt again. It is a widespread urban legend in Budapest that the lions of the Chain Bridge do not have tongues. The legend lacks any factual basis, the lions do very well have tongues, however, these can only be seen from above. 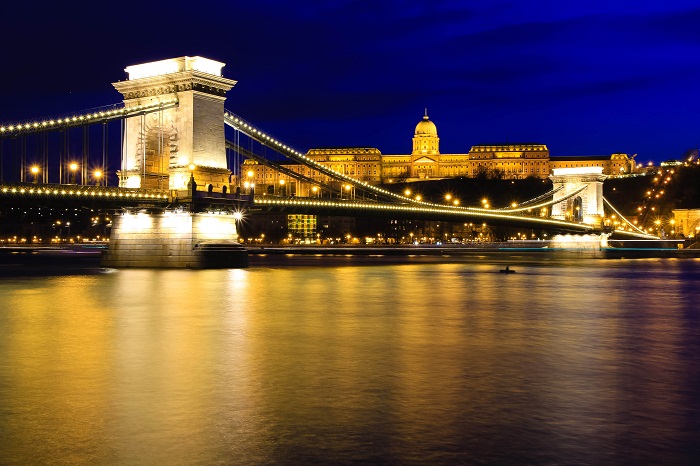 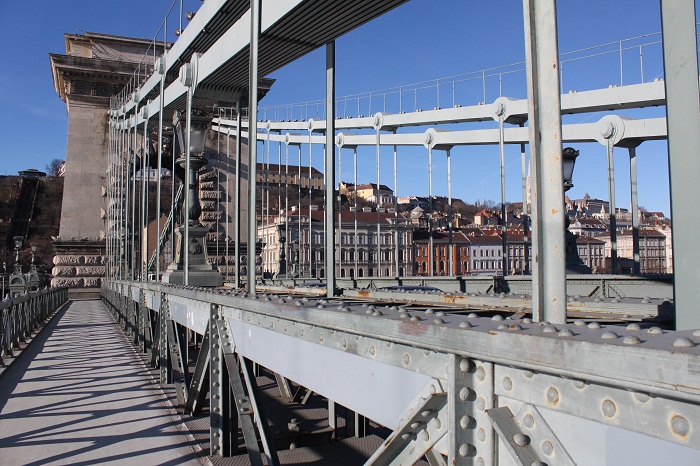