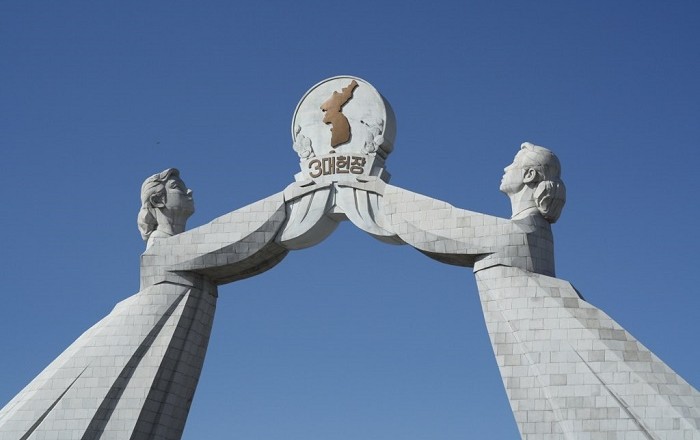 Arch of Reunification is a sculptural arch built as a monument to symbolize the possible future reunification of the two Koreas, and is located south from North Korea’s capital, Pyongyang. 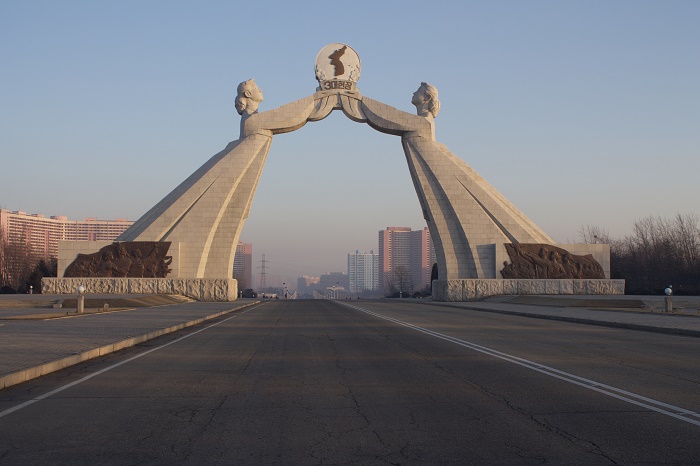 This concrete arch is built over the Reunification Highway, which is leading from the capital city to the Korean Demilitarized Zone, better known as the DMZ. It is 20 meters (98 feet) wide and has a height of 62 meters (202 feet). The Reunification Arch is made up from two women, which are symbolizing both Koreas, together holding a map of the reunified Korean Peninsula. 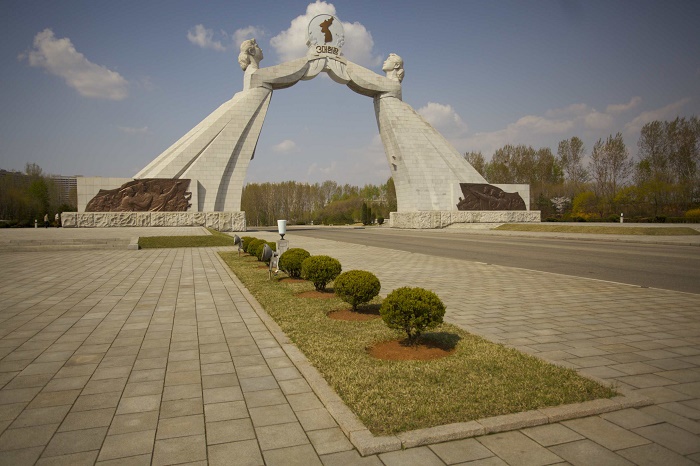 The sphere is the emblem of the Three Charters, which are the Three Principles of National Reunification, the Plan of Establishing the Democratic Federal Republic of Koryo and the Ten Point Program of the Great Unity of the Whole Nation. 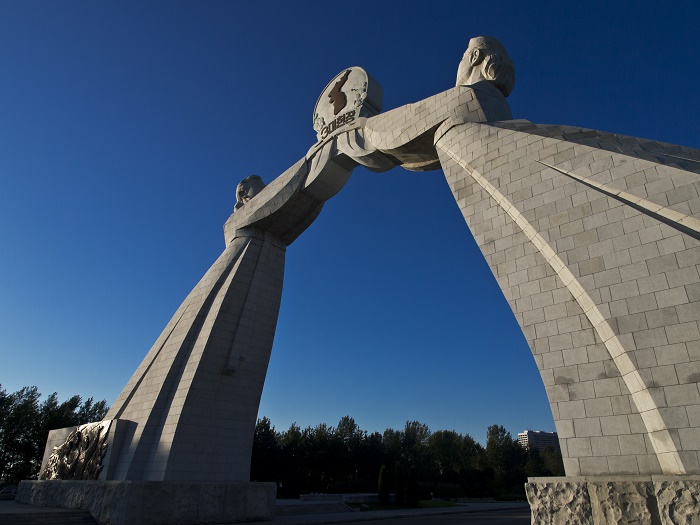 Originally planned to be a 55 meters (180 feet) pillar, with three branches which will symbolize the North and South Koreans, together with the Koreans overseas, the two women were better option, most likely for the North Korean leader(s). 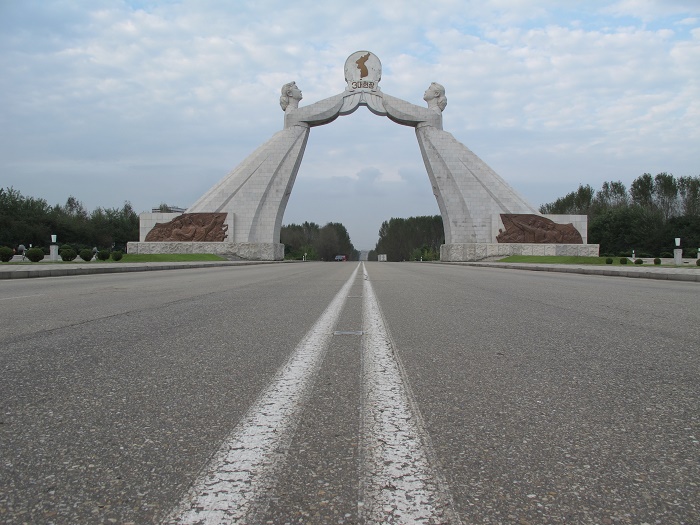 Opened in August 2001, it is definitely one alluring monument for the reunification, which might be left as a dream and wish, simply because of the South Koreans who have bigger economic power, and whether they would want to help more economically their northern brothers and sisters. 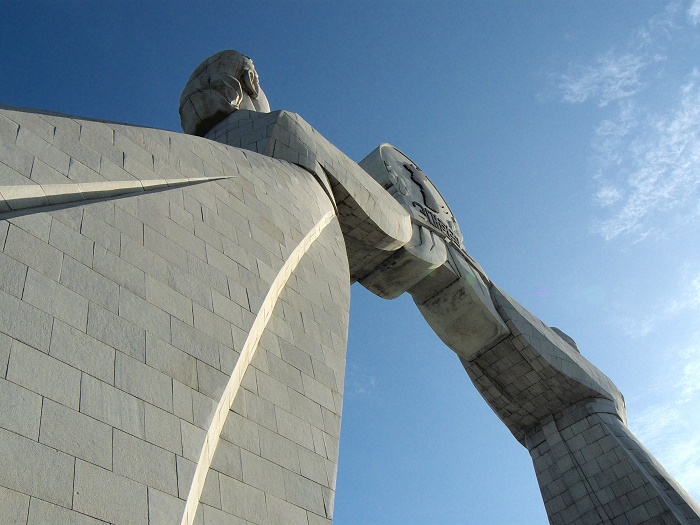 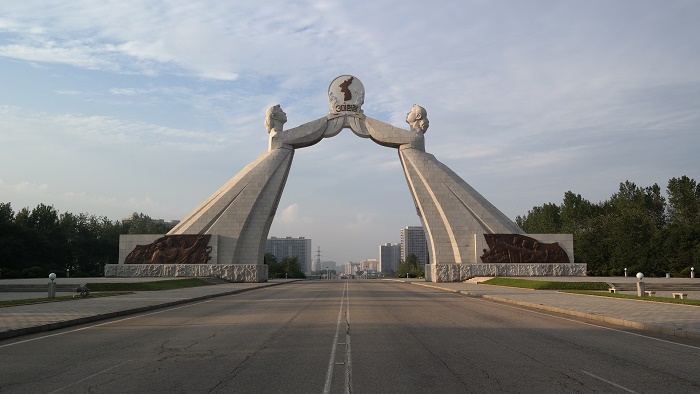