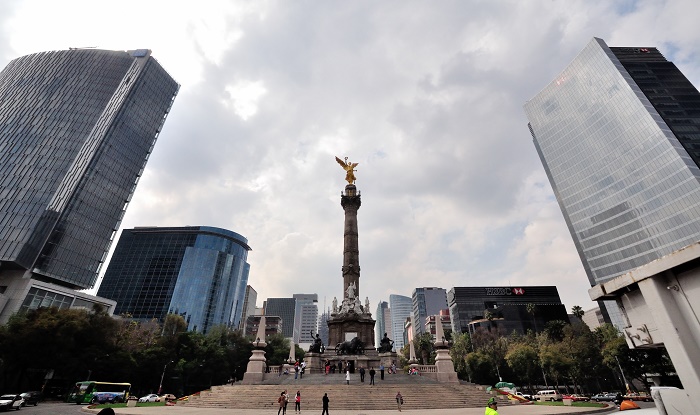 The Angel of Independence, most commonly known as El Ángel, is a victory column on a roundabout on the major thoroughfare of Paseo de la Reforma in downtown Mexico City, the capital of Mexico. 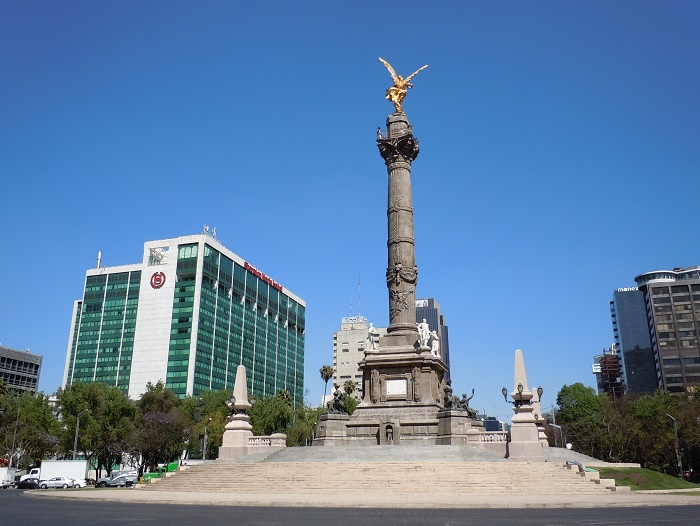 El Ángel was built in 1910 during the presidency of Porfirio Díaz to commemorate the centennial of the beginning of Mexico’s War of Independence. Many characters were involved in the work; Antonio Rivas Mercado as the project’s main promoter, Enrique Alciati was responsible for the sculptures and Roberto Gayol was in charge of adapting the space. 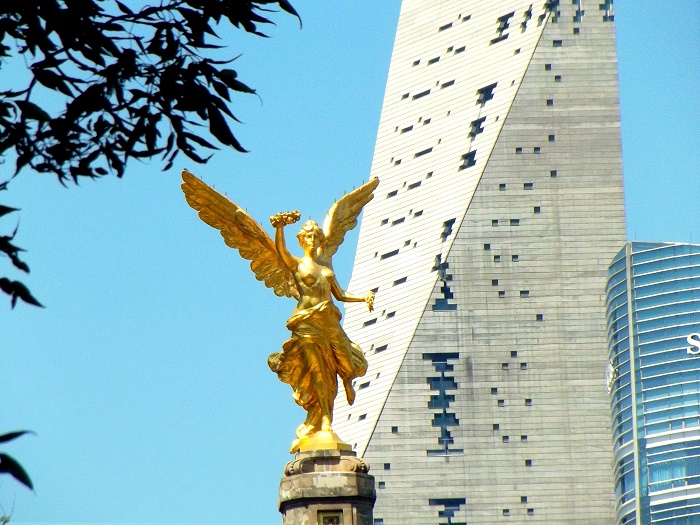 The base of the column is quadrangular with each vertex featuring a bronze sculpture symbolizing law, war, justice and peace. Originally there were nine steps leading to the base, but due to the sinking of the ground, an ongoing problem in Mexico City, fourteen more steps were added. 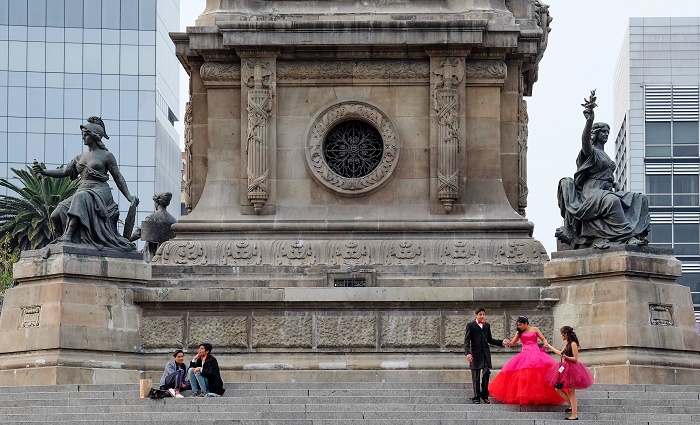 On the main face of the base facing downtown Mexico City, there is an inscription reading La Nación a los Héroes de la Independencia (“The Nation to the Heroes of Independence”). In front of this inscription is a bronze statue of a giant lion led by a child, representing strength and the innocence of youth during War but docility during Peace. Next to the column there is a group of marble statues of some of the heroes of the War of Independence. 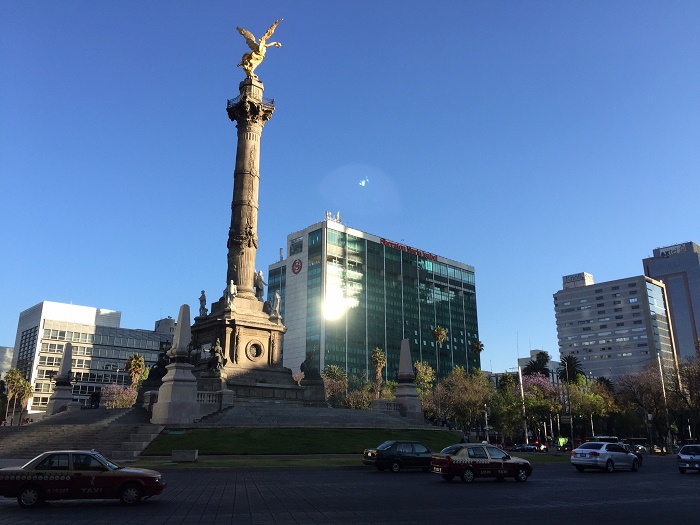 The column itself is 36 meters (118 feet) high. The structure is made of steel covered with quarried stone decorated with garlands, palms and rings with the names of Independence figures. Inside the column is a two-hundred step staircase which leads to a viewpoint above the capital. The Corinthian-style capital is adorned by four eagles with extended wings from the Mexican coat of arms used at the time. 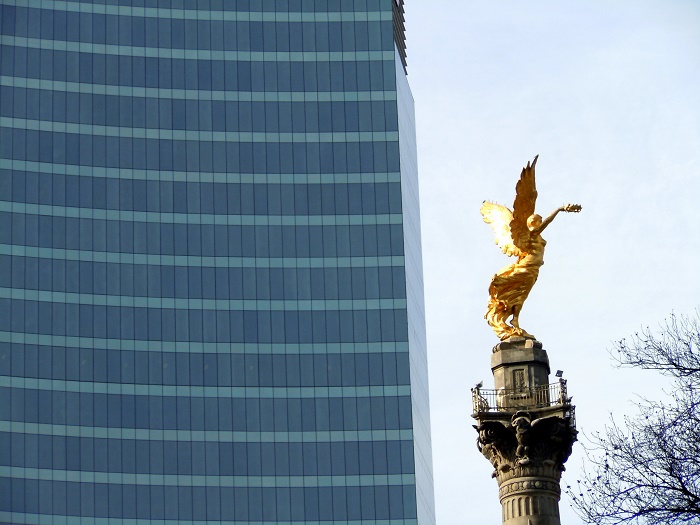 Crowning the column there is a 6.7 meters (22 feet) statue by Enrique Alciati of Nike, the Greek goddess of Victory, like other similar victory columns around the world. It is made of bronze, covered with 24k gold (restored in 2006) and weighs 7 tons. In her right hand the Angel, as it is commonly known, holds a laurel crown above Miguel Hidalgo’s head, symbolizing Victory, while in her left she holds a broken chain, symbolizing Freedom. 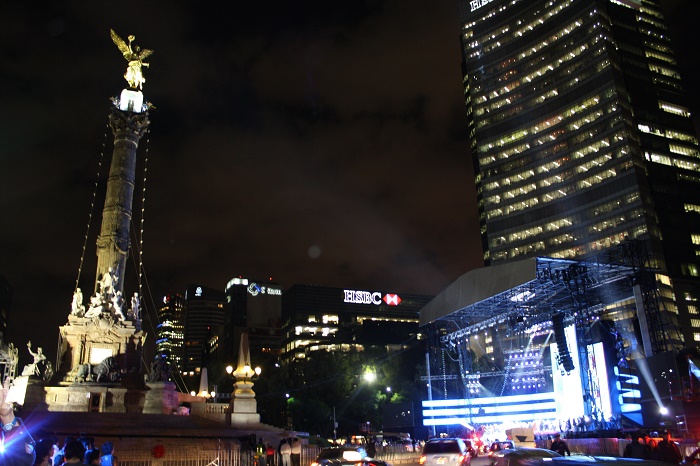 In later years it was made into a mausoleum for the most important heroes of that war. It is one of the most recognizable landmarks in Mexico City, and it has become a focal point for both celebration or protest. It resembles the July Column in Paris and the Berlin Victory Column in Berlin. 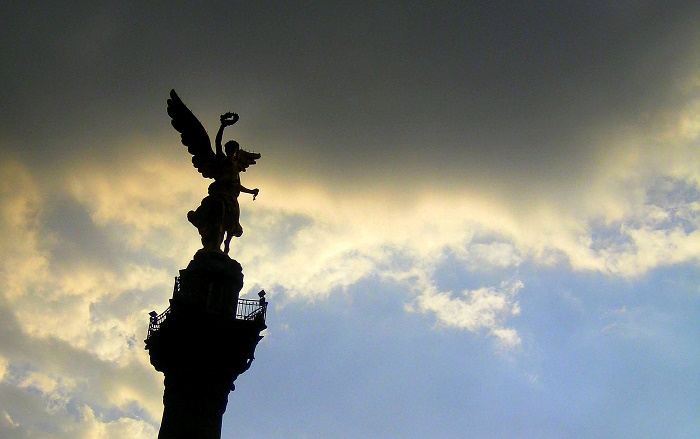 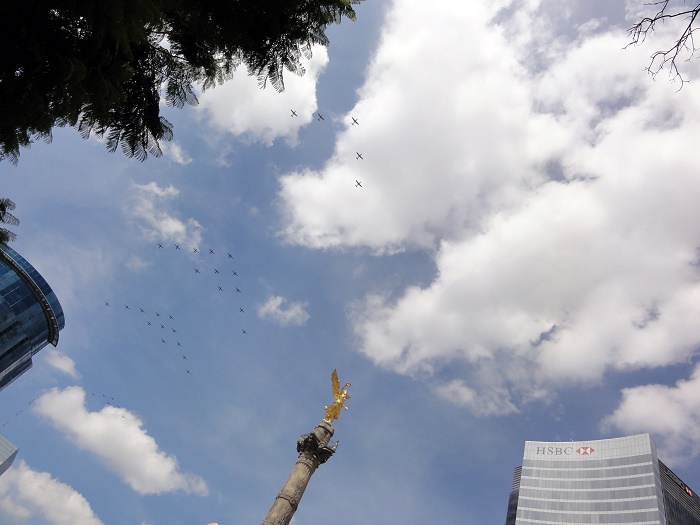 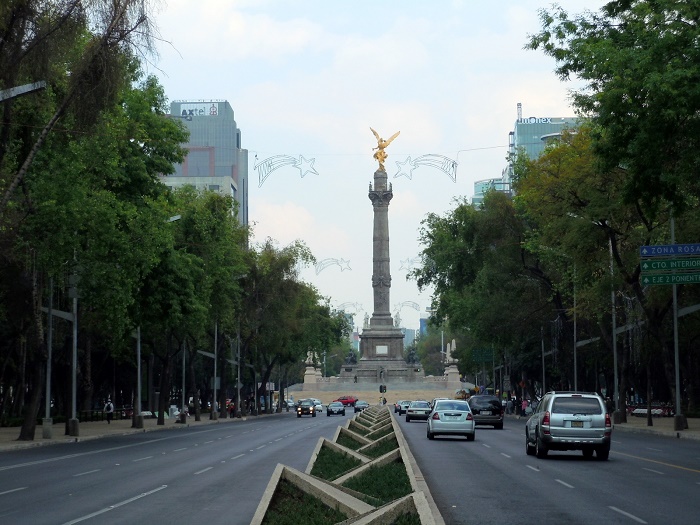 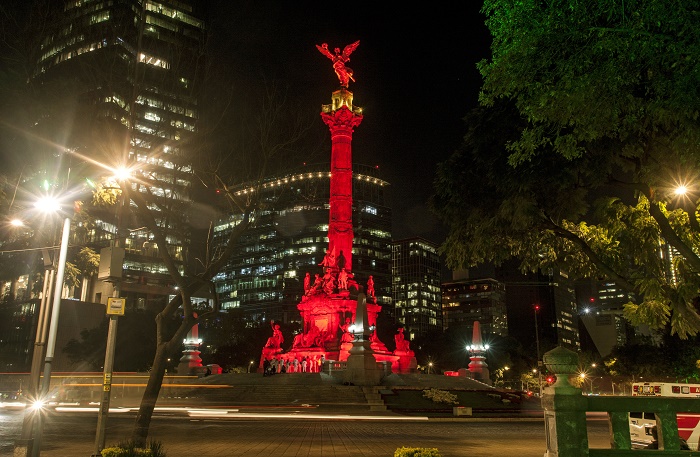 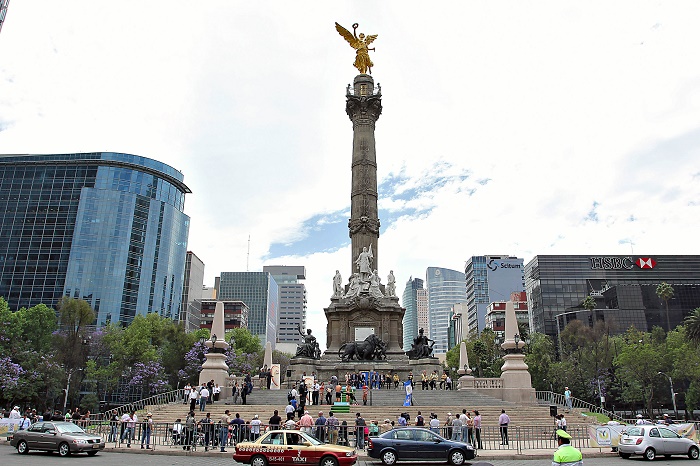