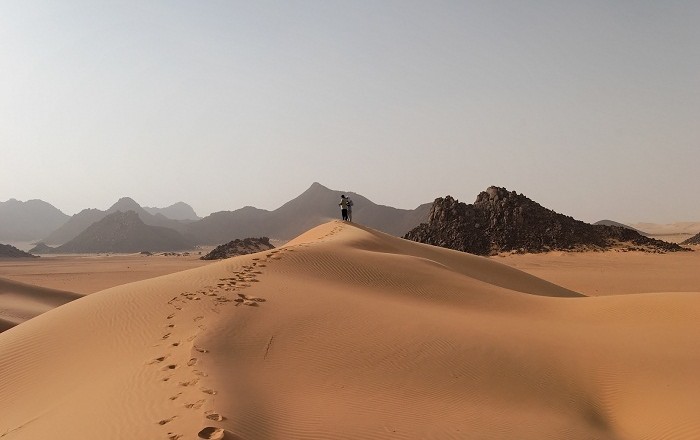 Ténéré is a desert region which comprises of vast plain of sand in the south central Sahara, and it is located in two countries, the Republic of Niger and the Republic of Chad. 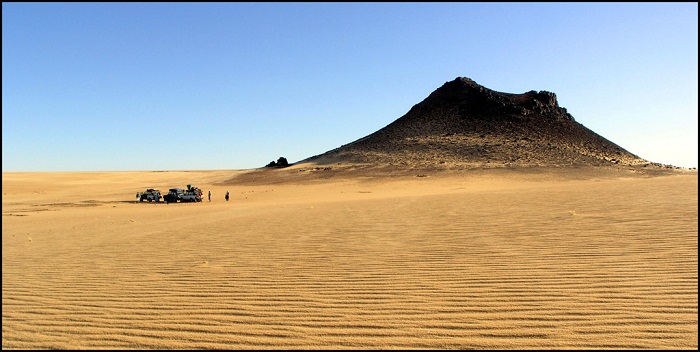 This whole desert occupies about 400,000 square kilometers (200,000 square miles) area, and the highest elevated point is at 430 meters (1,410 feet). Together with the Aïr Mountains, is part of the Aïr and Ténéré Natural Reserves, which are inscribed on the UNESCO World Heritage List since 1991. 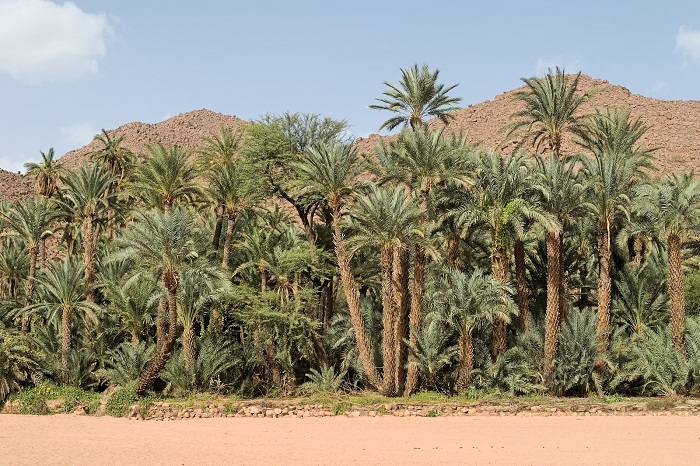 This big desert got its name from the Touareg language, which in translation means literally desert, something similar like Sahara, from the Arab language. Most of the Ténéré Desert is a flat basin which was once the bed for the prehistoric Lake Chad. There are low sand hills, low dunes which are something like carved for the azelai or salt caravans, 100 kilometers (62 miles) cliffs found on the southeast part, as well as many oases, among which the most famous one is Bilma. 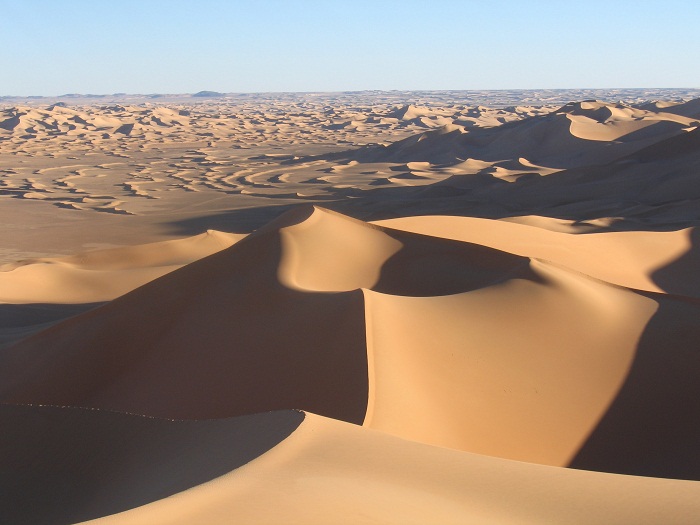 There are even fossils from dinosaurs, and the best preserved specimen is an almost complete specimen of the crocodile-like reptile Sarcosuchus imperator, nicknamed the SuperCroc. Since it is a desert area, there are not many inhabitants, although Fachi and Bilma and the most known cities from the area. 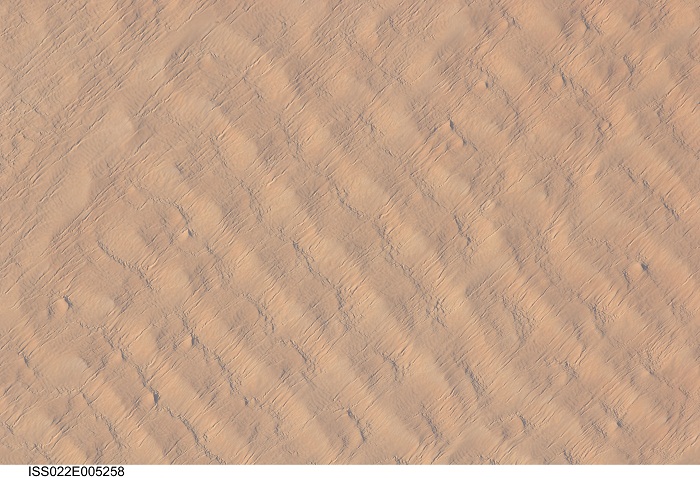 Why the area is best known is most likely because of the celebrated Tree of Ténéré, once thought to be among the most remote in the world. Situated by the last well before entering the Grand Erg du Bilma on the way to Fachi, salt caravans relied on the tree as a landmark until it was allegedly knocked down by a truck driver in 1973. 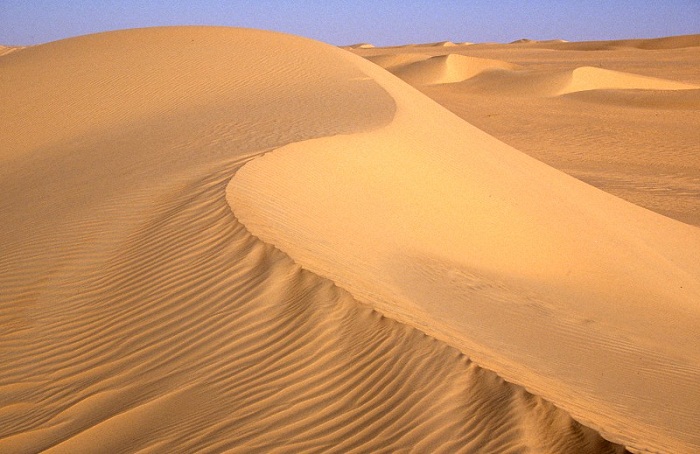 It was replaced by a metal sculpture and the remains are enshrined at the museum in the capital city of Niger, Niamey. New trees were planted but, because of the very low water table, irregular watering by passing travelers saw them fail to survive. Despite this unfortunate mishap, the tree is still often indicated on maps of the region as a notable landmark, as is the less well known Arbre Perdu (Lost Tree) situated in the true Ténéré to the north, west of Chirfa. 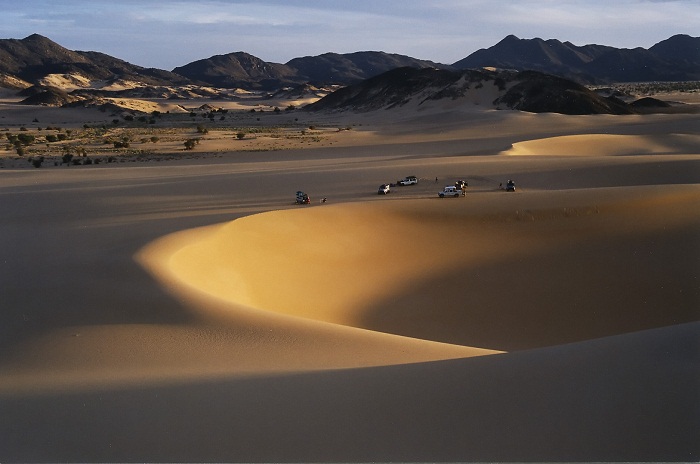 There are not that many people who visit this area, except those who are already traveling around, and witnessing the harsh climate the region has together with the monuments which are erected there, such as the Tree of Ténéré and the monument to the UTA Flight 772. 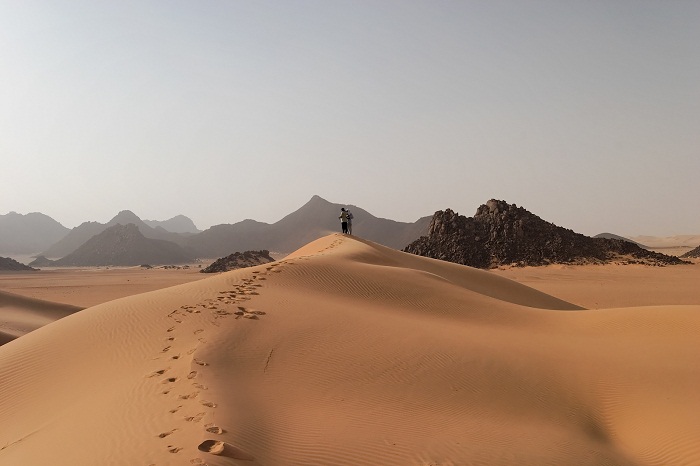 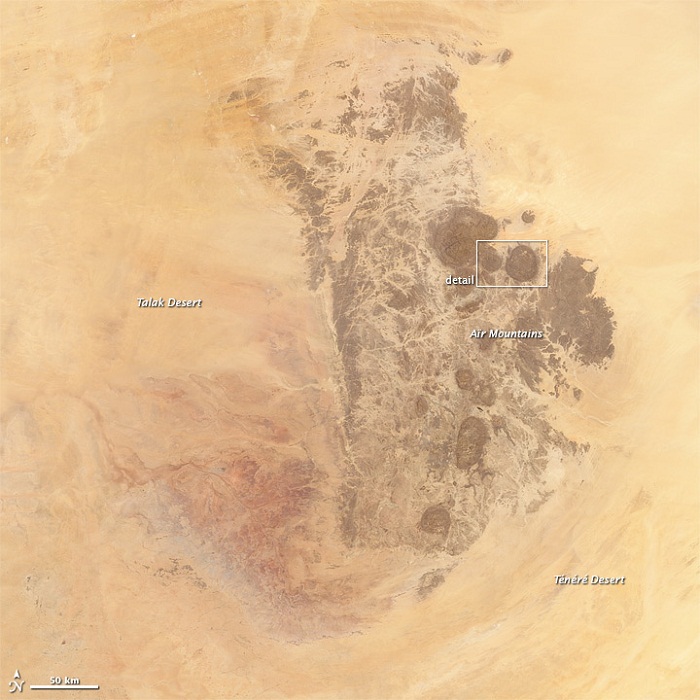