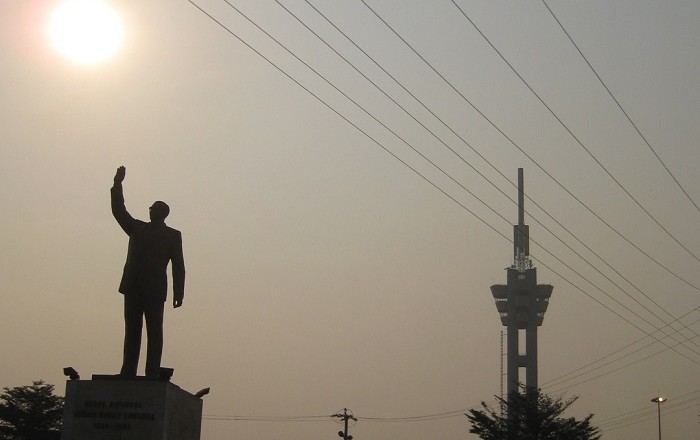 The Limete Tower is one of the tallest buildings in Africa, located in the capital city of the Democratic Republic of the Congo, Kinshasa. The tower was an idea of the then military dictator and President Mobutu Sese Seko Kuku Ngbendu Wa Za Banga, or in short Mobutu. 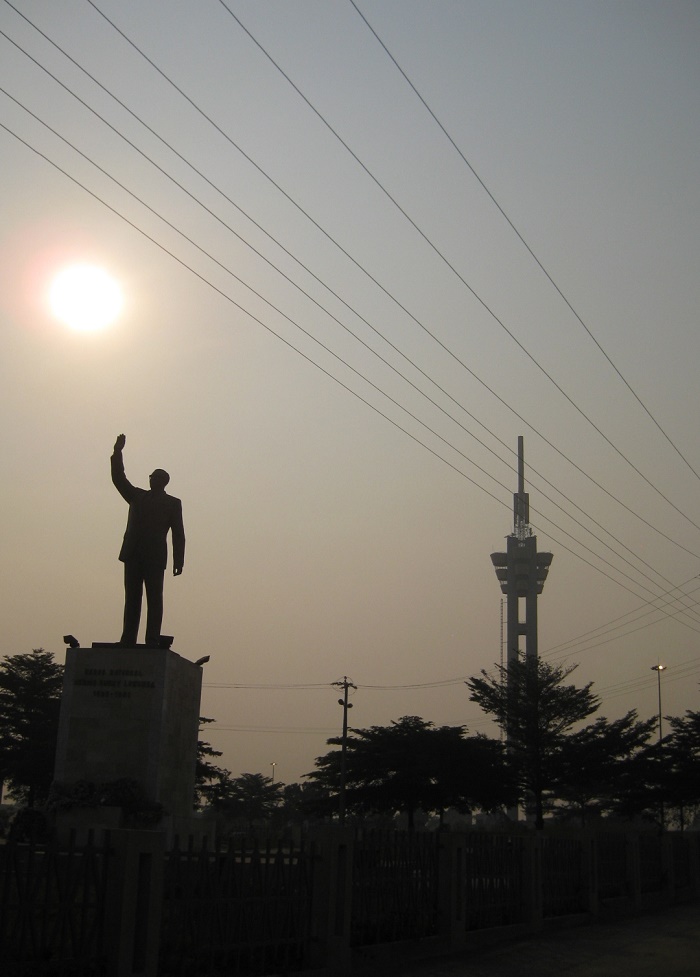 In 1966, an year after taking his place as the leader of the Congo DR, he renamed the boulevard Leopold II which connects the center of the city with the N’djili airport, also known as Kinshasa International Airport, to Boulevard Lumumba after the “Martyr of Independence”. 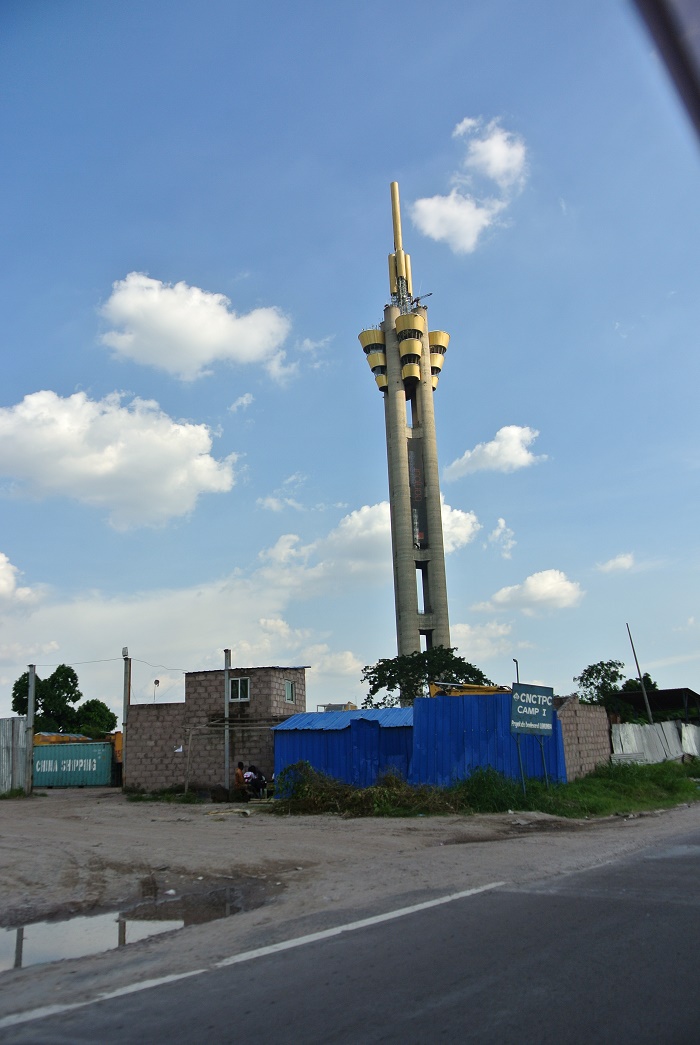 Because of that, Mobutu also, on Congo DR’s Independence Day (30 June 1966) proclaimed Lumumba a National her. In his honor Mobutu also wanted to erect a monument, in a place which was very important, serving as a crossroad of the boulevard in the commune Limete. That monument to Lumumba started being built in 1971 in a form of 210 meters tower, which actually was at that time the tallest in the world. President Mobutu entrusted the design of the monument to the French-Tunisian architect Olivier-Clément Cacoub, and the contract work for building the tower to a Yugoslavian company. 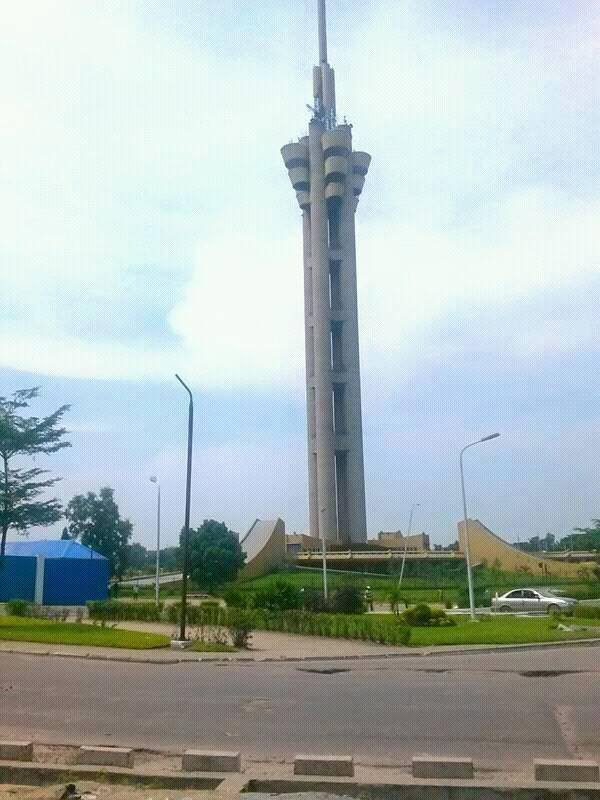 The Tower stands in the middle of the industrial zone of Limete,one of the municipalities of the city of Kinshasa. Part skyscraper, part pyramid,part citadel, this ragged twelve storey building strangely sits among the warehouses, industrial plants, railroad tracks and new houses under construction that constitute the built environment of Limete industriel. Towering high above this desultory landscape, defying gravitational laws and urban zoning rules,this uncommon architectural proposition forms one of the city’s strangest and enigmatic landmarks. What gives this monumental and alluring concrete tower are the four columns from which the top of it is accessible. 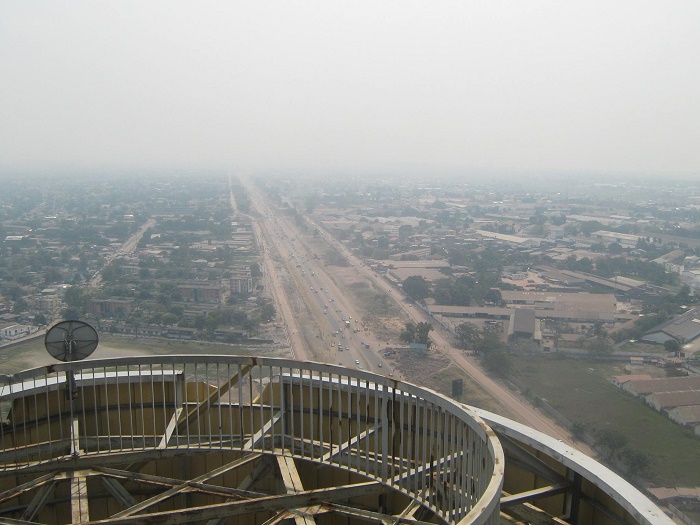 The top of the tower was supposed to be a copper spire, which was supposed to be a museum and/or restaurants. Nevertheless, due to the poor workmanship, and probably lack of funds, the project was abandoned before completion. However, recently it was possible to access it again, get to the top from where you will have an exceptional views from its terraces. In 2010 the government launched reconstruction work around the base of the monument, but the intent or the final outcome remain unclear. 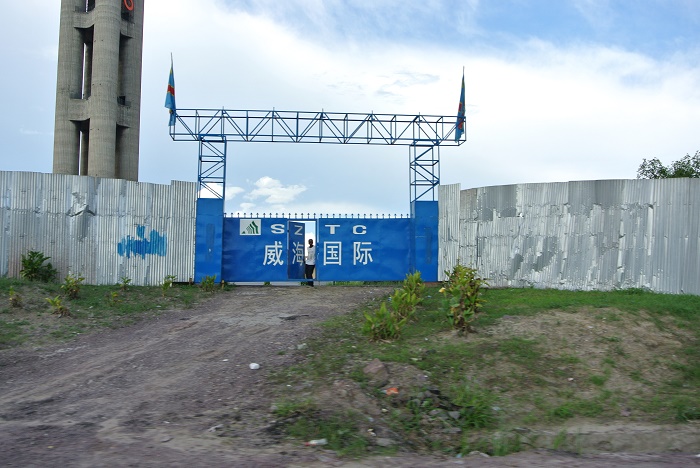 Although, there are plans, which hopefully will come true, that the Tower sets the scene for a new vertical and autocratic urban community. On the first and second floor there will be a number of medical cabinets which already have been installed. They turn the base of the building into a hospital and a site for the healing of bodily harms. Other floors are designed to become lawyer’s offices (on the third floor), a restaurant for all the future inhabitants of the Tower (on floor six), and even an entire aviation school (on the fourth floor). 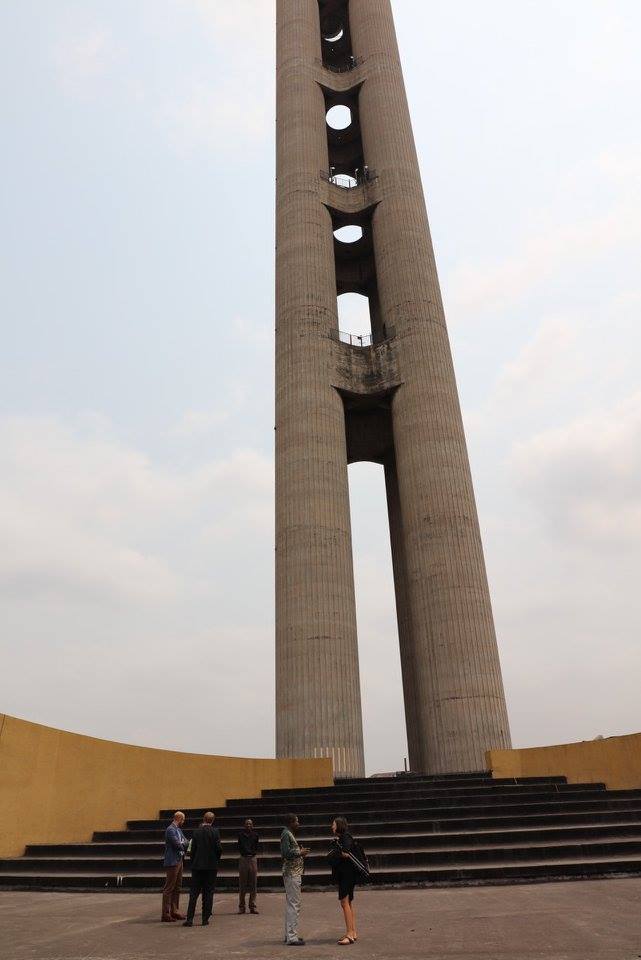 Scattered throughout the labyrinthine building there will also be rooms and offices for visiting philosophers ,poets, inventors and scientists. Finally, high above the ground, on the building’s windy top floor, in the company of birds and close to God, is the place for soul healing. The building’s spire invites one to pray, but also to contemplate the beauty of the natural world, of the Congo River and of Kinshasa’s many hills. Looking out over the stage of the city below, it offers the perfect setting to reflect upon human nature itself, with all of its virtues and vices, its possibilities and shortcomings. Certainly whether it will be finished or not, it is an alluring place that will make you think about everything in life!