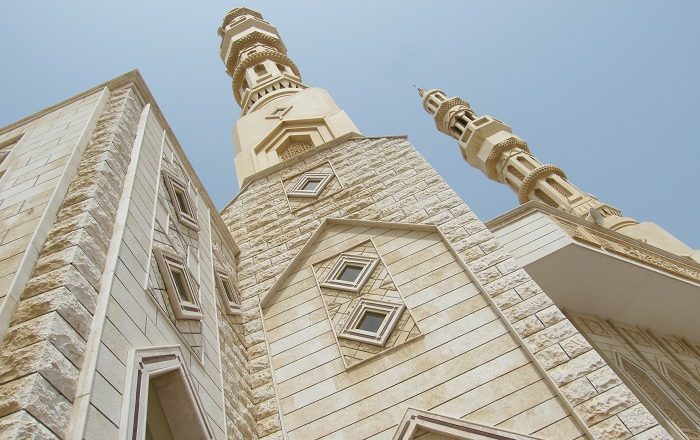 Jumeirah Mosque is a grandiose mosque which has gained bigger attention in recent years, and it is located in the largest and most populous city in the United Arab Emirates, Dubai. 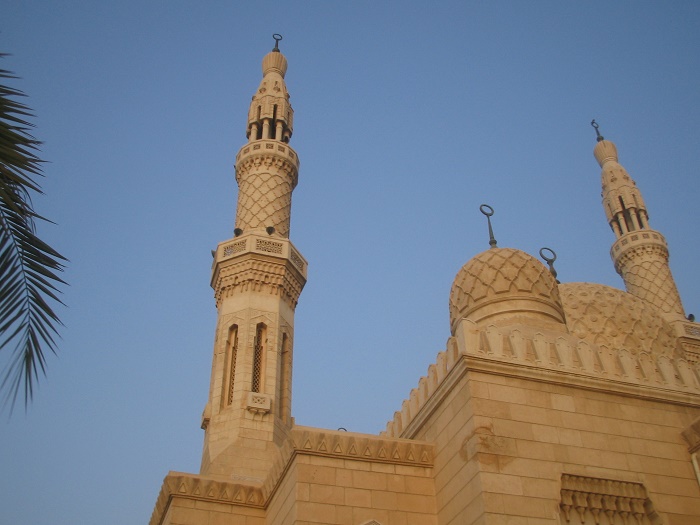 Considered to be among the most photographed religious objects within the country, this interesting mosque was built in traditional Fatimid style in 1976, and it has the policy of “Open Doors, Open Minds”, which in turn means that non-Muslims can visit it too. 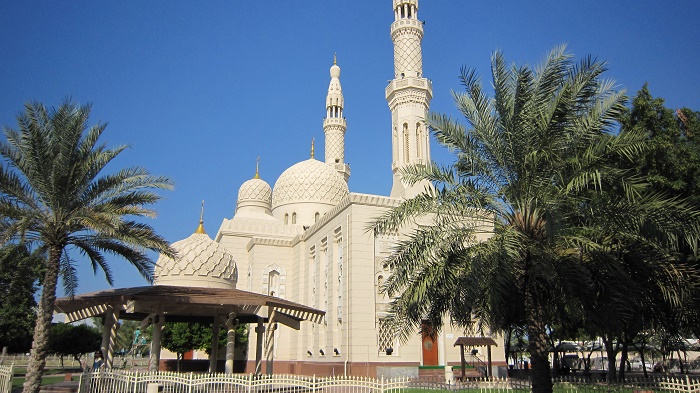 The tours are conducted by the Sheikh Mohammed Centre for Cultural Understanding, usually taking an hour to be done where visitors are able to learn how the life and religion in the Emirates really is. 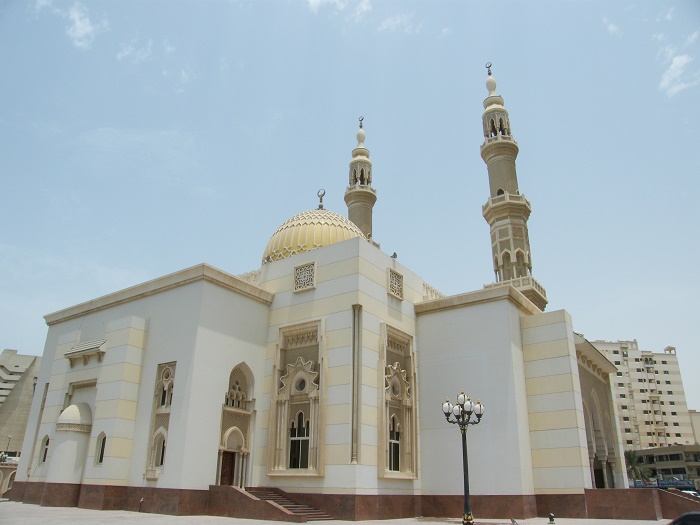 Even though the Jumeirah Mosque is surrounded by the glorious Dubai glitz and glamour, the mosque is somewhat modest yet similar to the surroundings where it features snowy white exterior which is intricately detailed, in addition to the two minarets at the side of the main entrance with one grand dome at the center and 4 additional, smaller domes to each of the corners of the main structure. 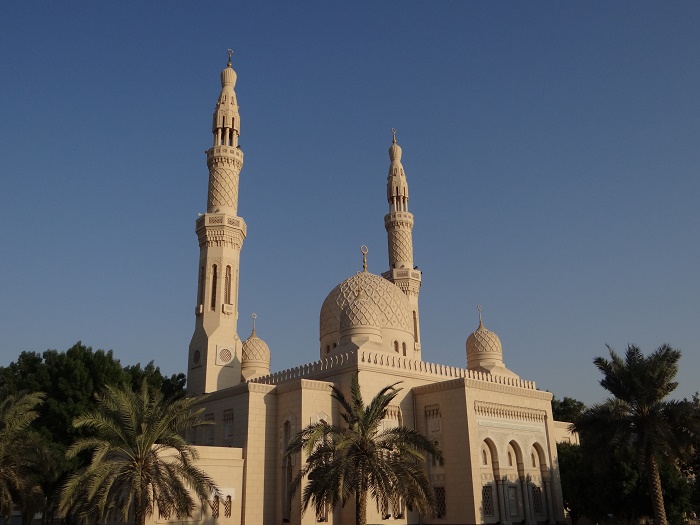 Surrounded by small park to the south and east sides, it is also interesting to be noted that within this religious landmark people are allowed to take photos. All in all, definitely one of the most intriguing landmark of Dubai, the Jumeirah Mosque shall continue to spread the word of peace by allowing for visitors to come in and learn as much as possible for the mosque and Islam as well. 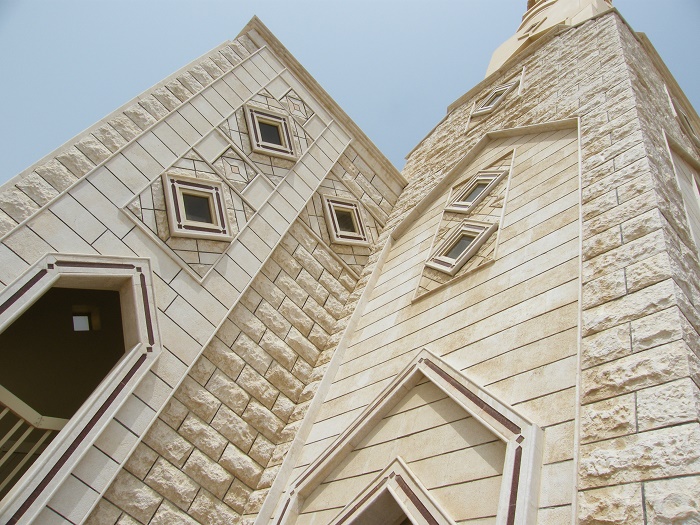 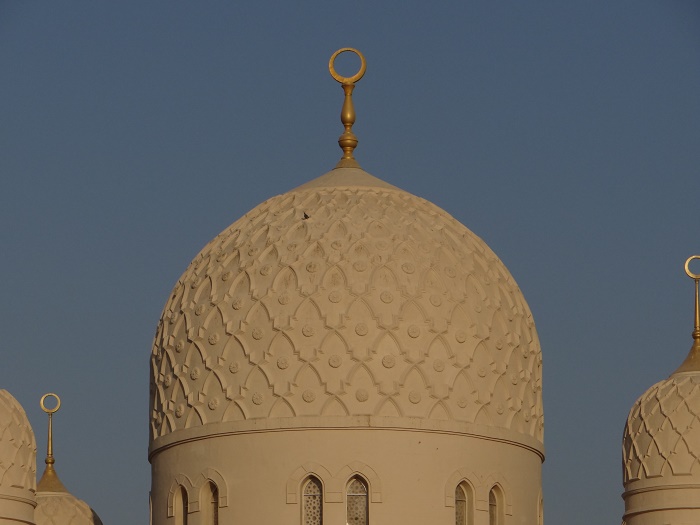 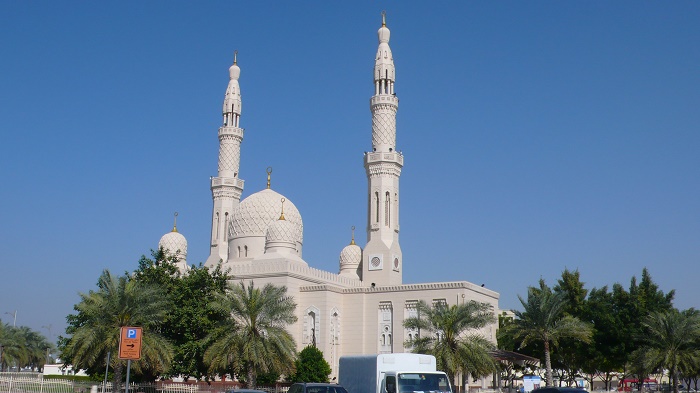 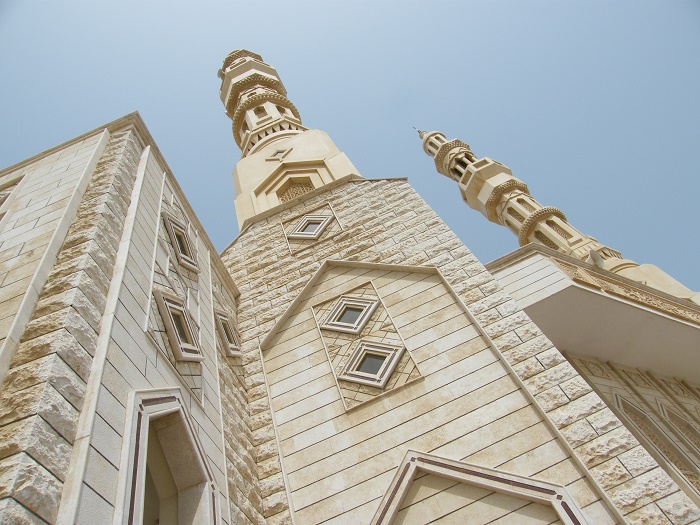