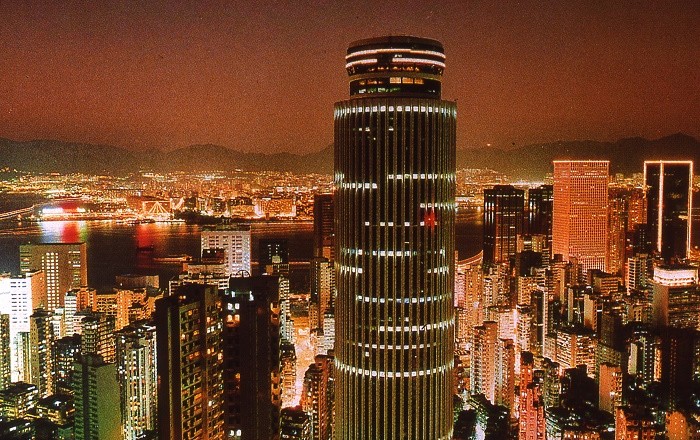 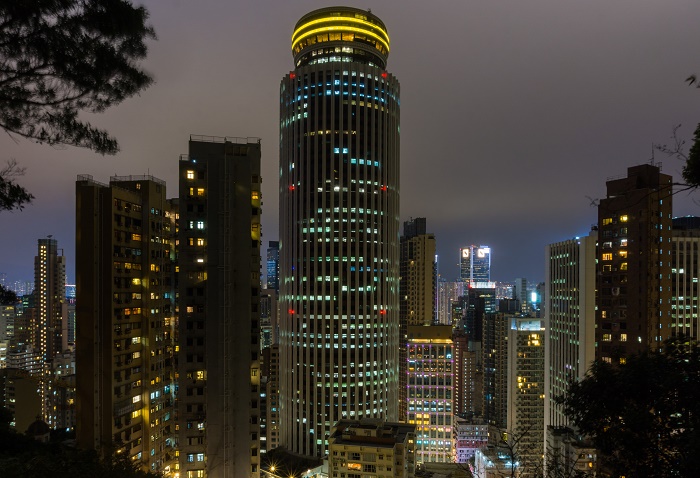 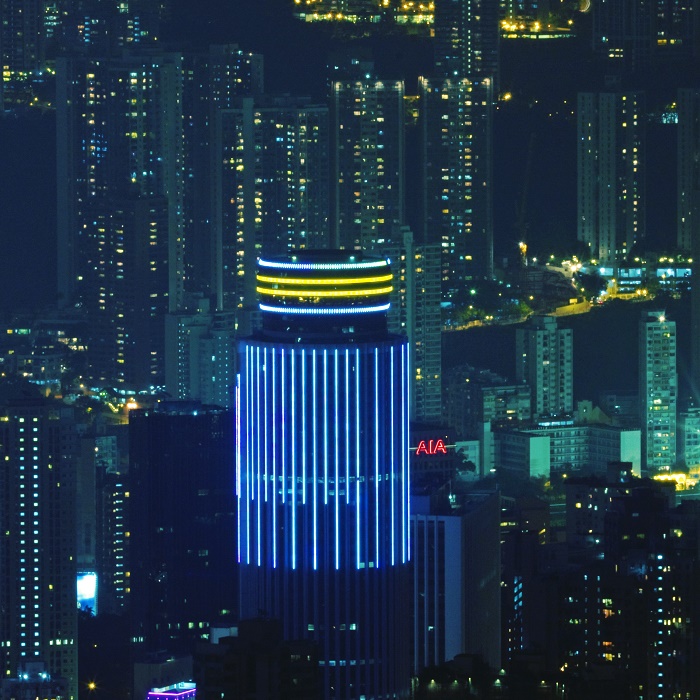 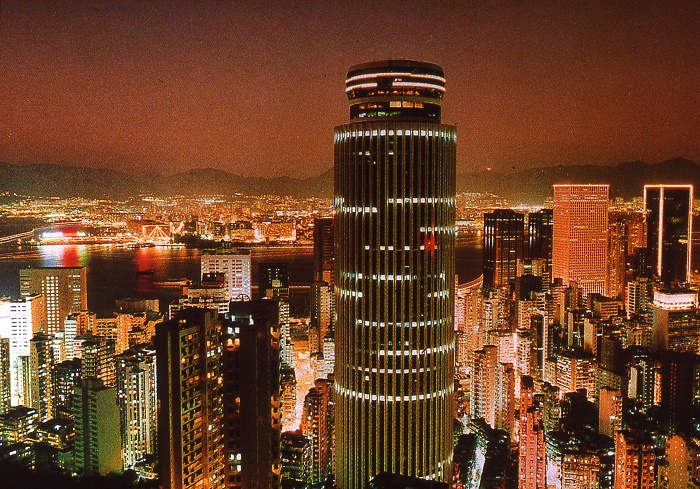 The front entrance of the building is on the ground floor, where the visitors/workers are taken through set of escalators to the 3rd floor lift lobby, from where with the elevators takes them around its circular floor plan. 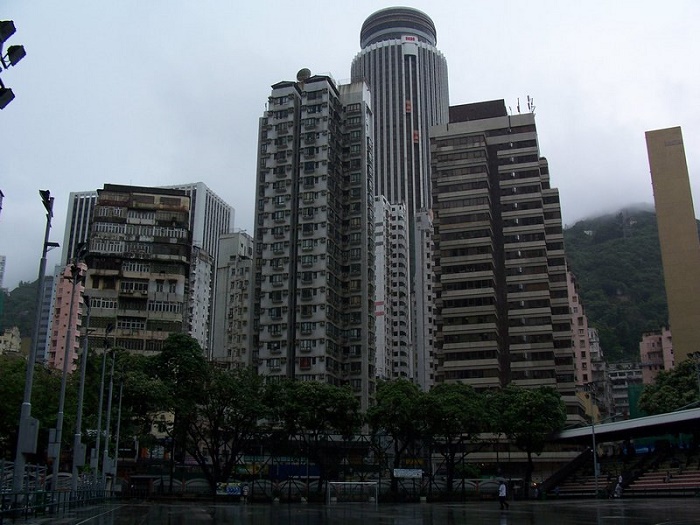 It stands on top of a slope of a hill so steep that the back entrance actually is on the 17th floor, towards Kennedy Road. The lobbies are as said located on 3rd and 17th floor, a mini-sky lobby is on the 56th floor and serves as a transfer floor which connects the restaurants 60/F and 62/F. 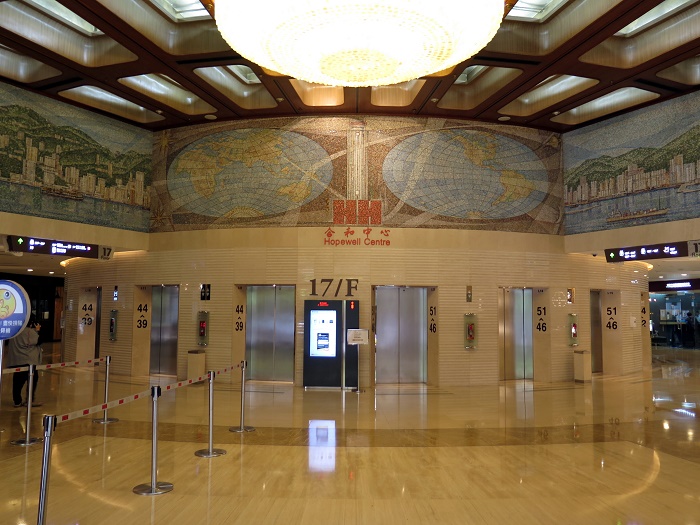 On the exterior of the building, it can be seen white bumps between the windows which serve as a built in window-washer guide rails. In the end, as it goes high in the sky, and once had the tallest building title, it still can take your bretah away when you are in front of it! 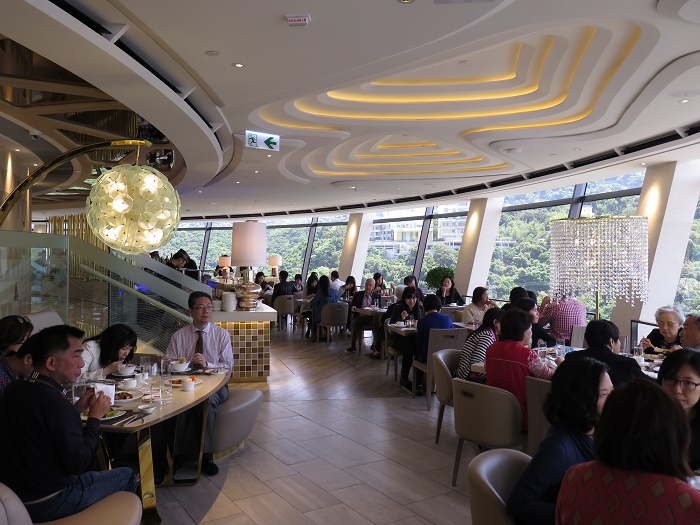 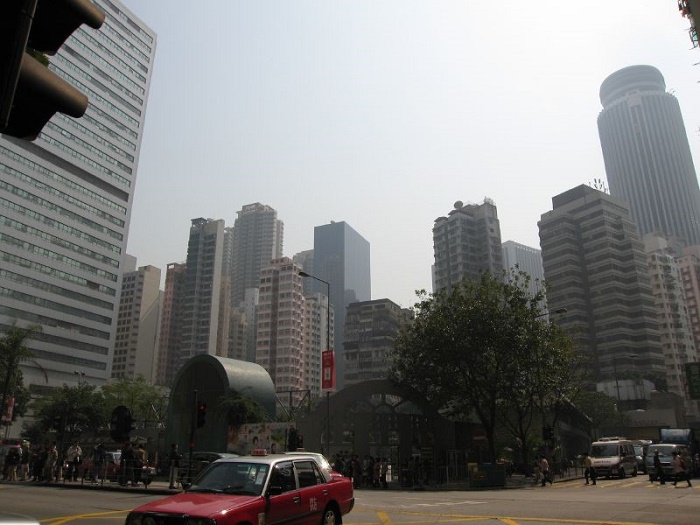 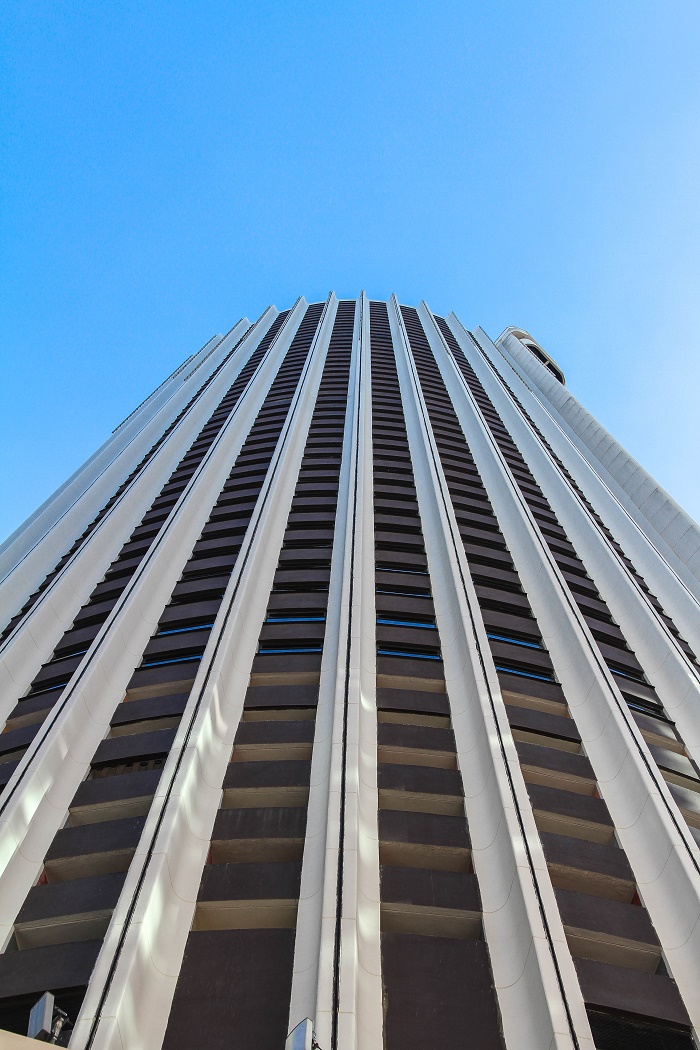