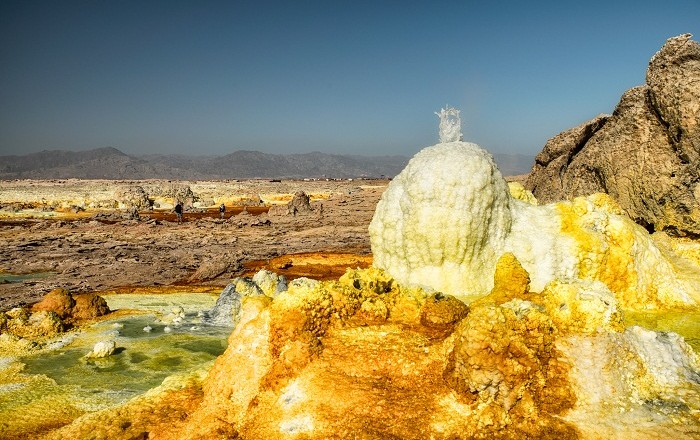 Dallol, which is better known as Dallol Volcano and also as Dallol Hydrothermal Fields, is a volcanic explosion crater which is located in the Danakil Depression, in the Federal Democratic Republic of Ethiopia. 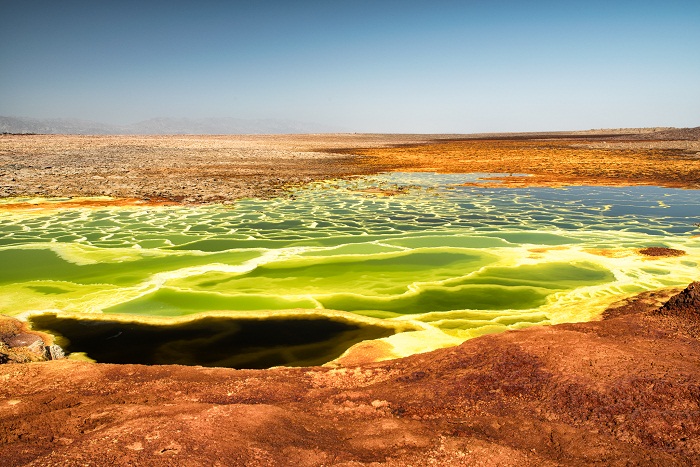 Located more precisely in the remote part of the northern Danakil Depression in north-eastern Ethiopia, it is the lowest known sub-aerial volcanic in the world and also one of the most spectacular ones. Having Martian-like landscape, it gives every visitor the thrills how it is to be on another planet, even though you are still on Planet Earth. 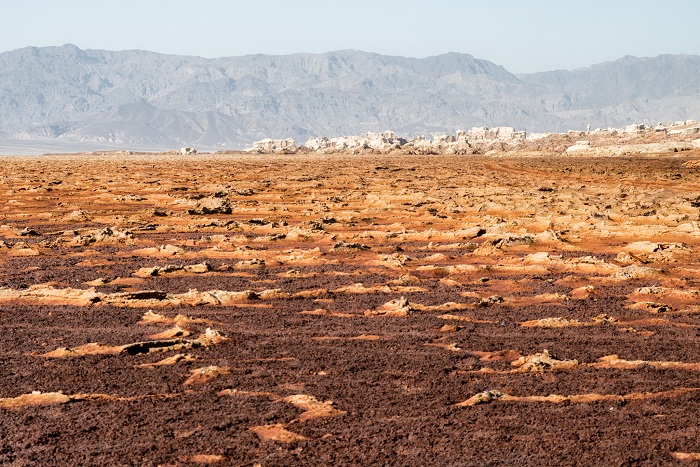 The earth where this magnificent place is located releases chemical compounds like ferrous chloride and iron hydroxide within the springs, which harden some upon release and paint the subsequent salt deposits and lakes a greenish white. After some time, inactive springs oxidize and become brown just like metal rusts in the rain. 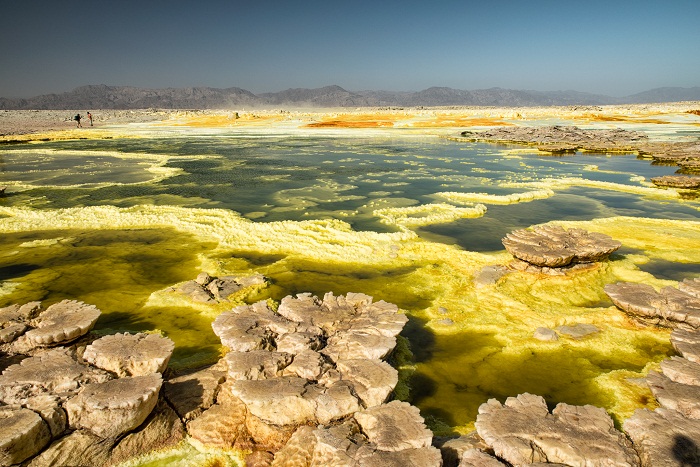 The process repeats for years, drenching an otherwise lifeless area in incredibly vibrant tones. There is sulfur and solidified black lava which engulf some springs, there are even openings in the Earth’s crust which are called fumaroles that spew steam and gas into the burning hot air, raising the surrounding temperature even more. 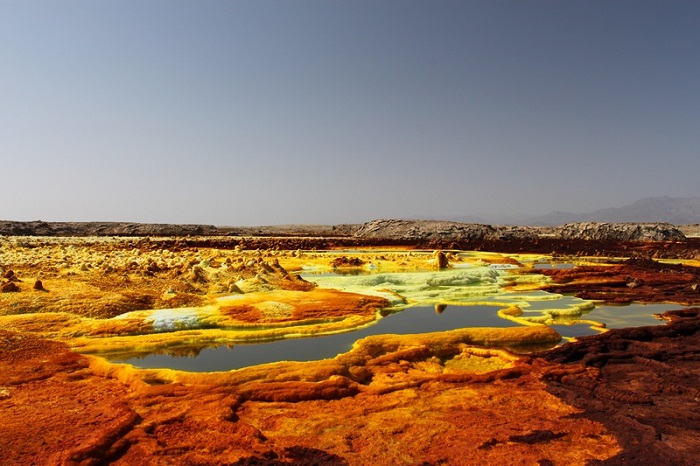 The whole area was formed by the intrusion of basaltic magma in Miocene salt deposits and subsequent hydrothermal activity, as well as in 1926 there were phreatic eruptions which formed numerous other eruption craters. Having similarity to the Yellowstone Park in the United States of America, this is 45 meters (150 feet) below sea level, and the name was coined by the Afar people, which in translation means dissolution or disintegration. 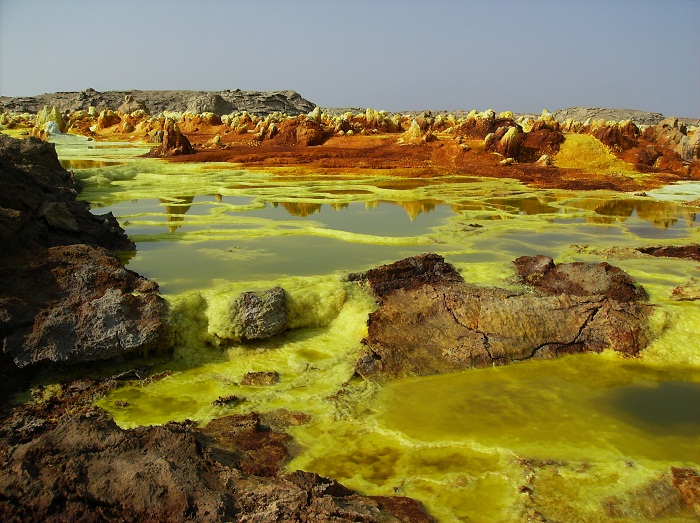 While there are no roads that lead straight to the fields, the only way is to go with a camel, something what the locals are using to collect the precious salt which later is being sold around the world, and became more popular at the beginning of the 20th century. 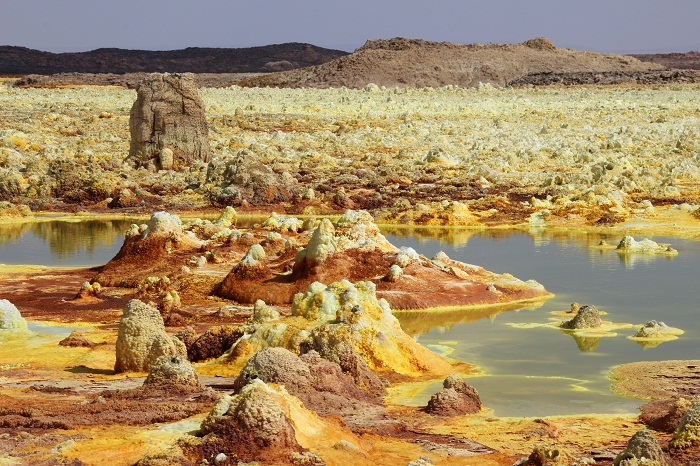 It is also the reason why the Afar people are protecting the area from insurgents from Eritrea mostly, who are kidnapping and killing tourists. Still, seeing it on photos is perhaps more than enough to tell that this is definitely one place that should also be called Mars instead of Dallol. Most likely the most magnificent place in Ethiopia. 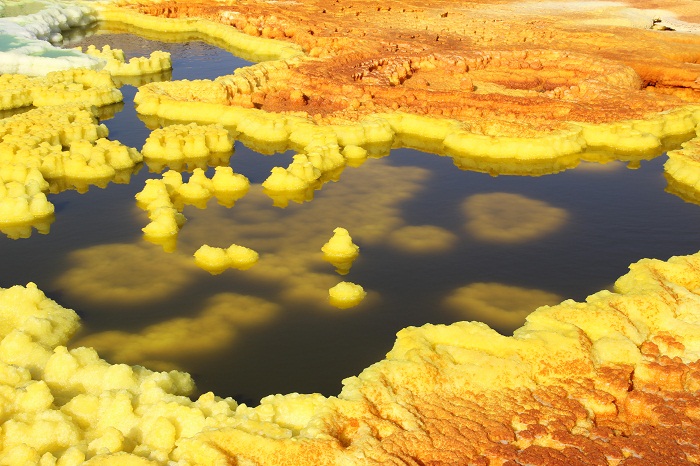 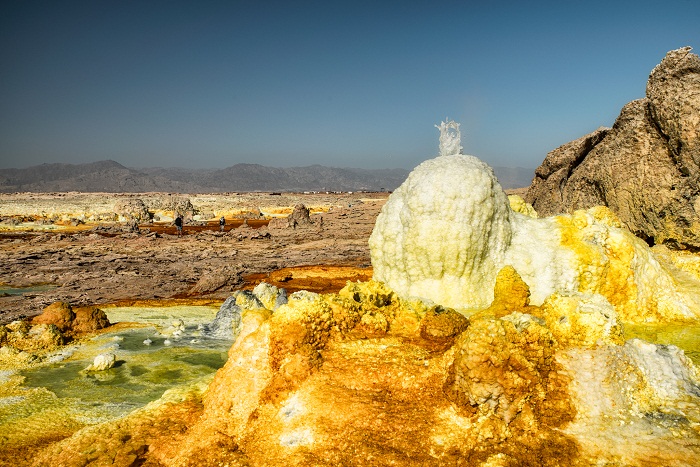 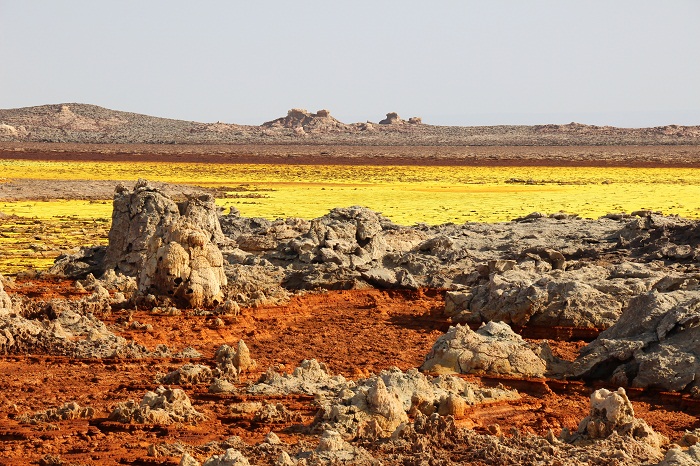 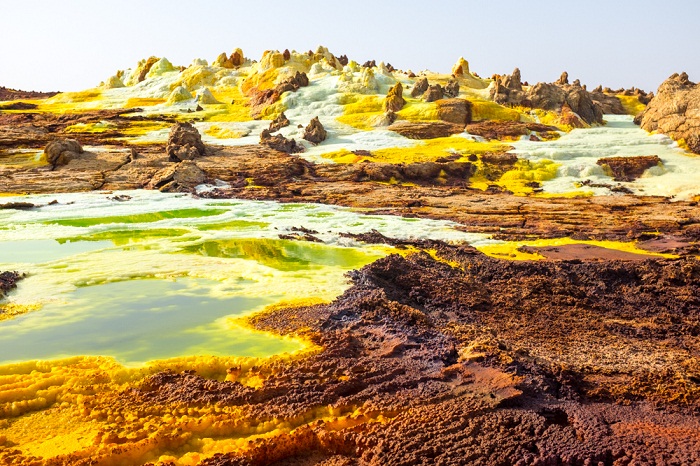