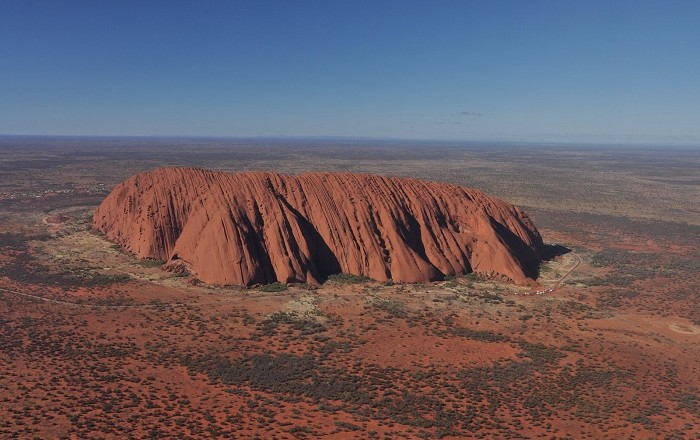 Uluru is a large sandstone rock formation in the southern part of the Northern Territory in central Australia, which lies 335 km (208 mi) south west of the nearest large town, Alice Springs, 450 km (280 mi) by road. 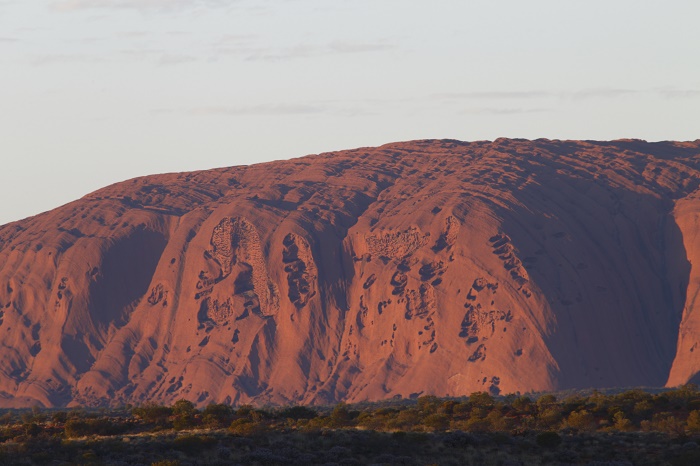 Uluru is sacred to the Anangu, the Aboriginal people of the area, who have been living there at least 10,000 years, but Uluru itself is estimated to be 600 million years old. The area around the formation is home to an abundance of springs, waterholes, rock caves, and ancient paintings. Uluru is listed as a UNESCO World Heritage Site. 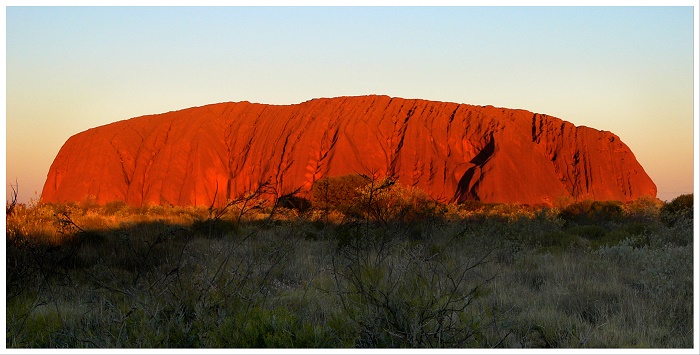 On 19 July 1873, the surveyor William Gosse sighted the landmark and named it Ayers Rock in honor of the then Chief Secretary of South Australia, Sir Henry Ayers. Since then, both names have been used. In 1993, a dual naming policy was adopted that allowed official names that consist of both the traditional Aboriginal name and the English name. 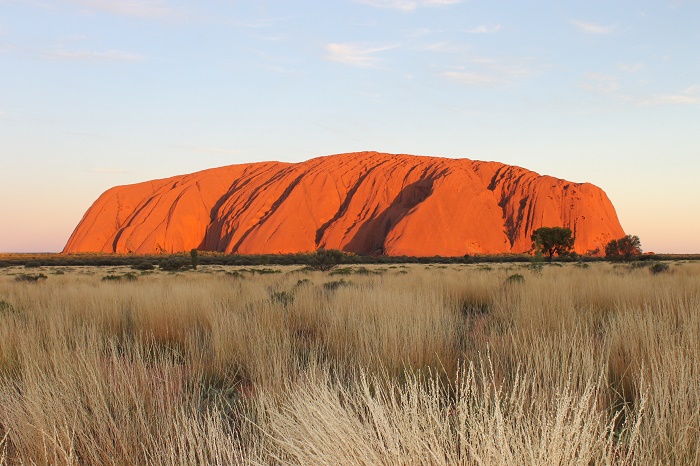 On 15 December 1993, it was renamed “Ayers Rock / Uluru” and became the first official dual-named feature in the Northern Territory. The order of the dual names was officially reversed to “Uluru / Ayers Rock” on 6 November 2002 following a request from the Regional Tourism Association in Alice Springs. 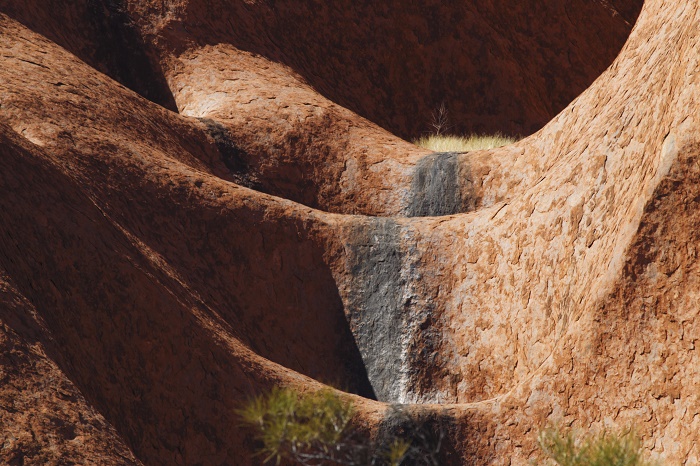 Uluru is one of Australia’s most recognizable natural landmarks. The sandstone formation stands 348 m (1,142 ft) high, rising 863 m (2,831 ft) above sea level with most of its bulk lying underground, and has a total circumference of 9.4 km (5.8 mi). The traditional custodians of Uluru, the Anangu, believe this landscape was created by their ancestors at the beginning of time, and they have been protecting these sacred lands ever since. 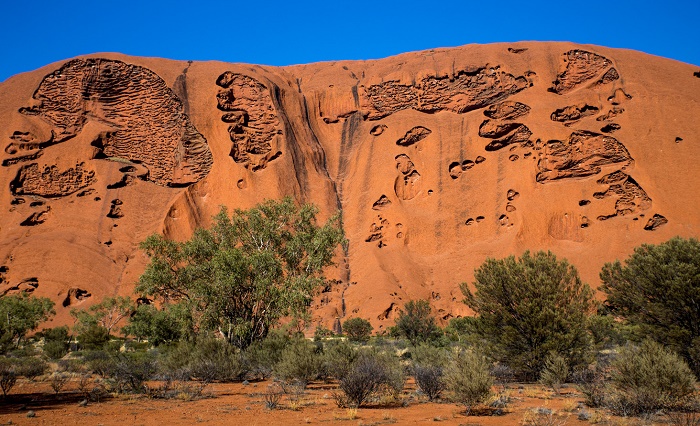 It was described by explorer Ernest Giles in 1872 as “the remarkable pebble”.’ Uluru is an inselberg, literally “island mountain”, an isolated remnant left after the slow erosion of an original mountain range. Uluru is also often referred to as a monolith, although this is a somewhat ambiguous term because of its multiple meanings, and thus a word generally avoided by geologists. 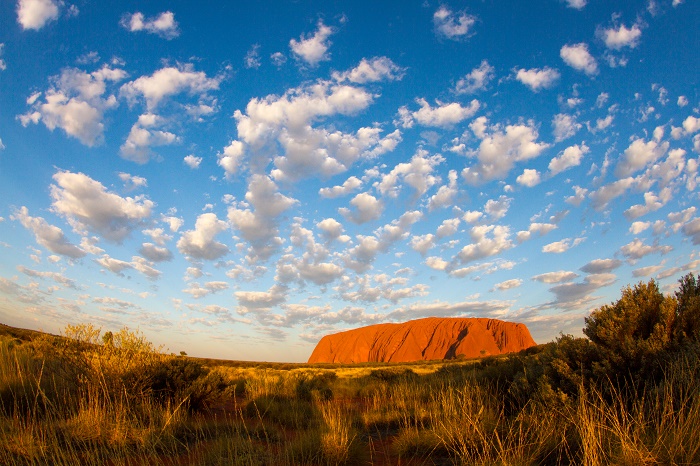 The remarkable feature of Uluru is its homogeneity and lack of jointing and parting at bedding surfaces, leading to the lack of development of scree slopes and soil.

These characteristics led to its survival, while the surrounding rocks were eroded. For the purpose of mapping and describing the geological history of the area, geologists refer to the rock strata making up Uluru as the Mutitjulu Arkose, and it is one of many sedimentary formations filling the Amadeus Basin. 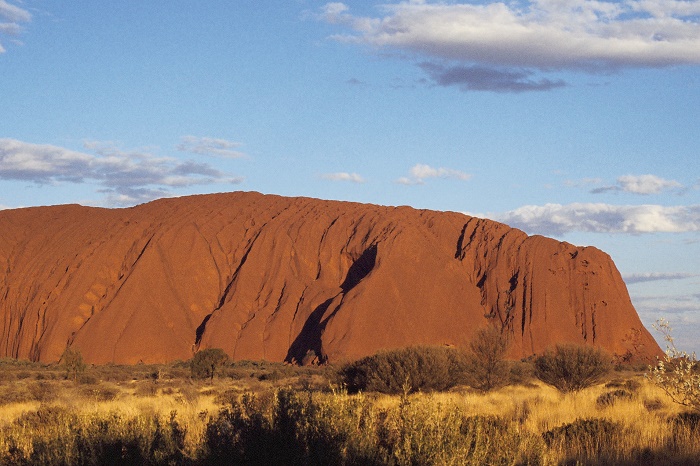 The first tourists arrived in the Uluru area in 1936. Beginning in the 1940s, permanent European settlement of the area for reasons of the Aboriginal welfare policy and to help promote tourism of Uluru. This increased tourism prompted the formation of the first vehicular tracks in 1948 and tour bus services began early in the following decade. 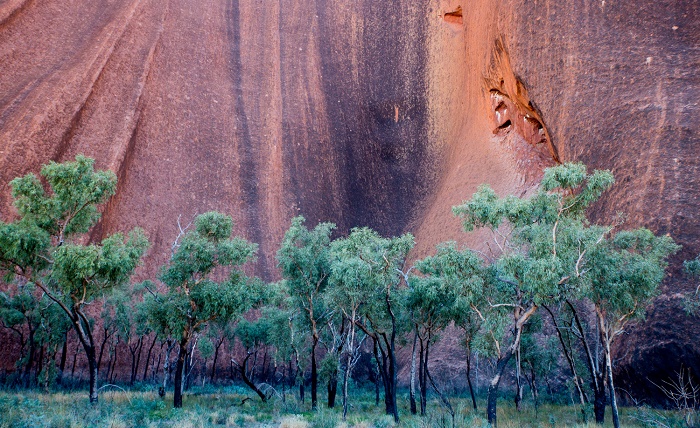 In 1958, the area that would become the Uluru – Kata Tjuta National Park was excised from the Petermann Reserve; it was placed under the management of the Northern Territory Reserves Board and named the Ayers Rock – Mount Olga National Park. The first ranger was Bill Harney, a well-recognized central Australian figure. 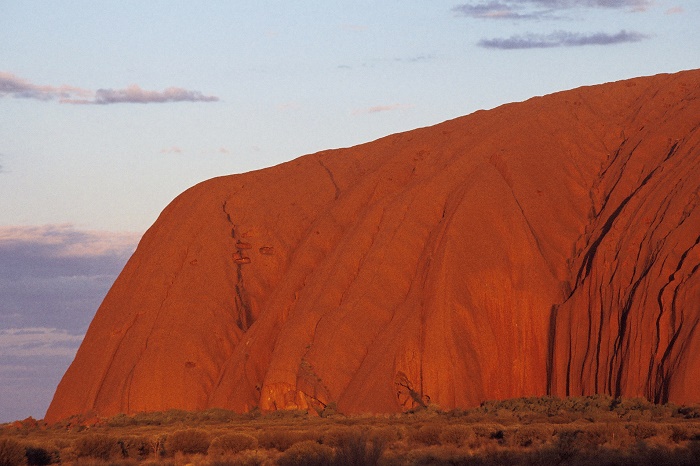 By 1959, the first motel leases had been granted and Eddie Connellan had constructed an airstrip close to the northern side of Uluru. In 1985, the land was given back to the Aboriginal people whom they are managing, with one of the conditions being that the Anangu would lease it back to the National Parks and Wildlife agency for 99 years and that it would be jointly managed. 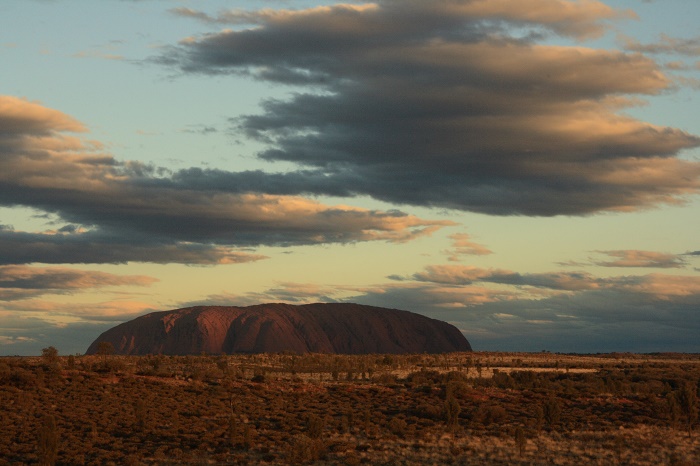 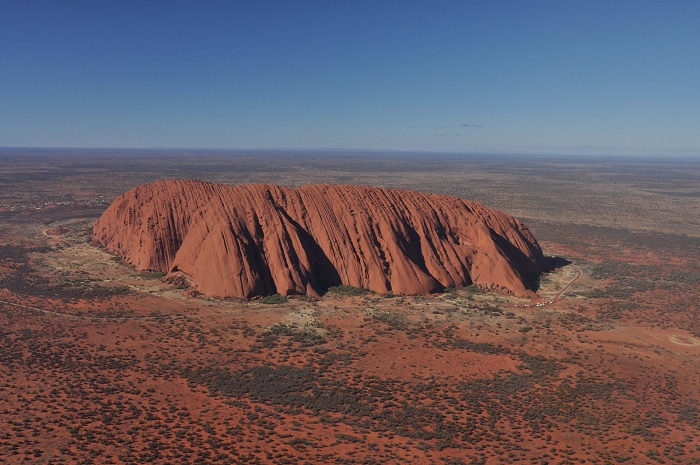