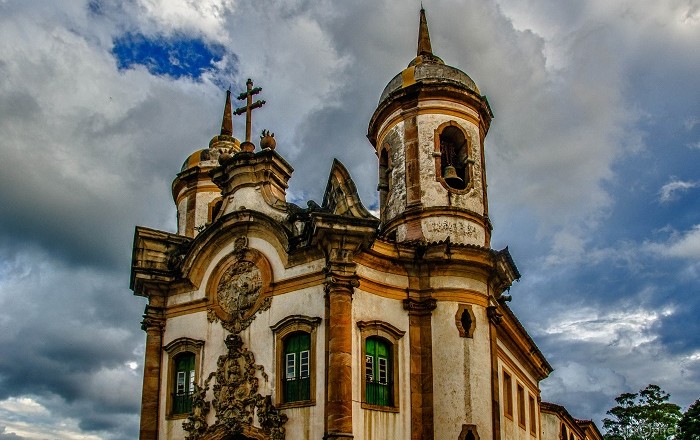 The Church of Saint Francis of Assisi is a Rococo Catholic church in Ouro Preto, Brazil. Its erection began in 1766 after a design by the great Brazilian architect and sculptor Antônio Francisco Lisboa, the so-called Aleijadinho, who also designed the carved decorations inside, which were only finished towards the end of the 19th century. 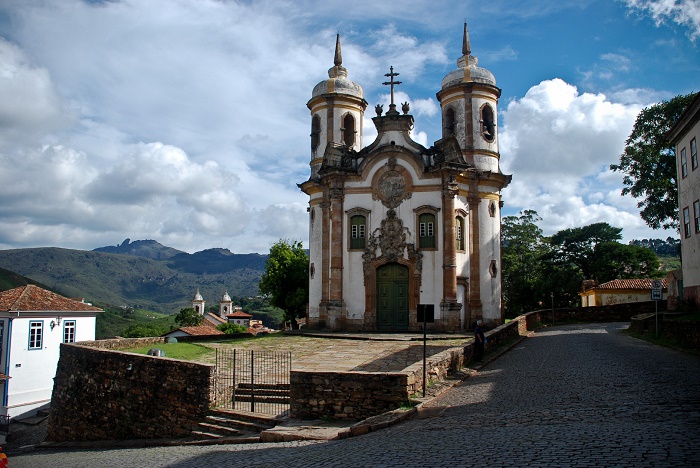 The circular bell towers and the oculus closed by a relief were original features in religious architecture of that time in Brazil. The façade has a single entrance door under a fine stone frontispiece, surmounted by a relief depicting Saint Francis receiving the stigmata. 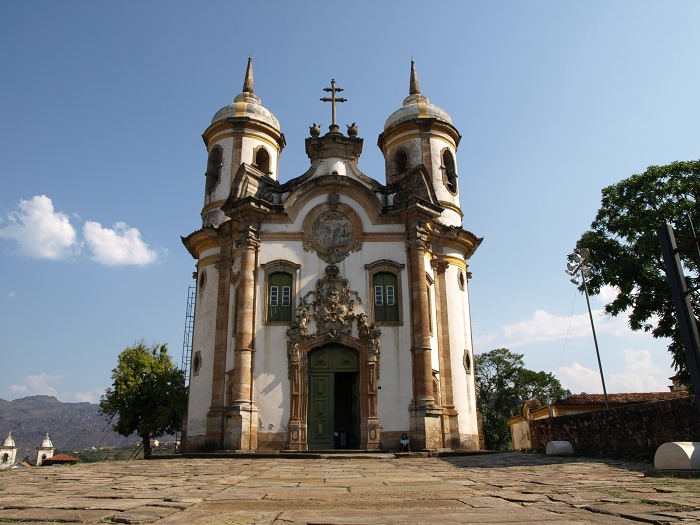 The interior is richly decorated with golden woodwork, statues and paintings, and the wooden ceiling displays a beautiful painting by Manuel da Costa Ataíde on a Marian subject, one of his best works. However, the official erection of the church was in 1771. During those times, the customs were for the chapel to be the first part of the church which would be built. 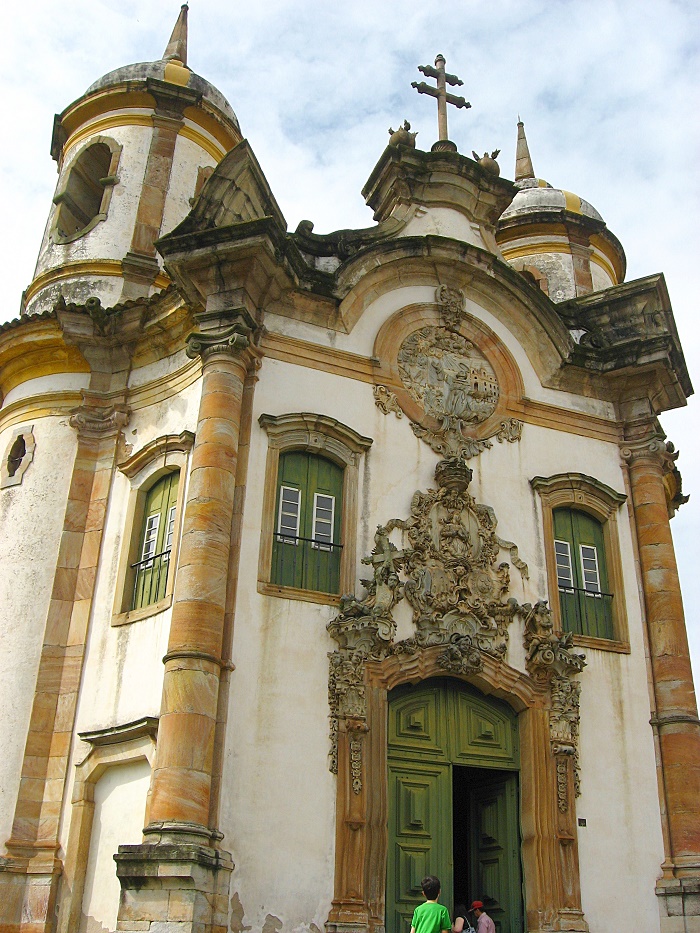 It was amazing how the work progressed quickly, and in 1774 the exterior of the church was already finished. Later, the indoor decoration began with carved wood and stucco, directed by Aleijadinho. The main altar of the church has been erected between 1790 and 1794. 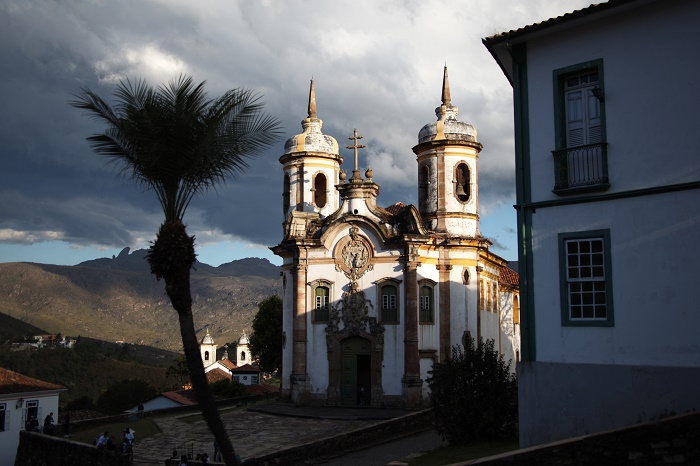 The design of the towers was changed in 1787 and the roof was installed in 1788. In the late 19th century, tiles were put on the floor and the old staircase access was demolished. 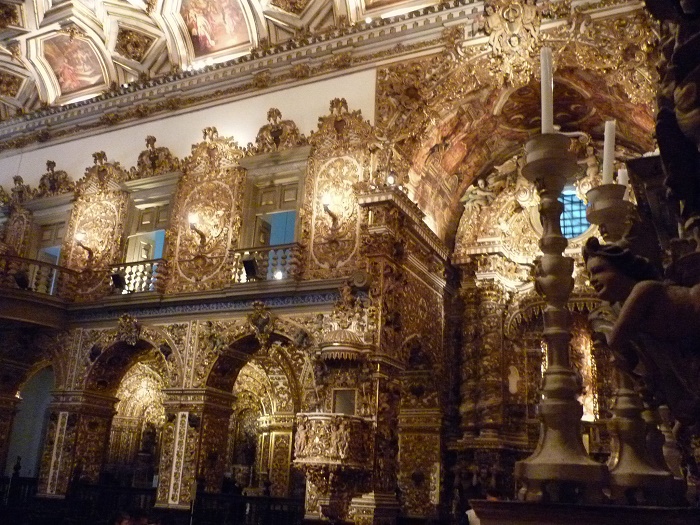 Nevertheless, the reconstruction did not finish then. In the 20th century, the church had several conservation and restoration projects which were carried out by the former National Monuments Inspectorate and by the Historical and Artistic Institute (IPHAN). 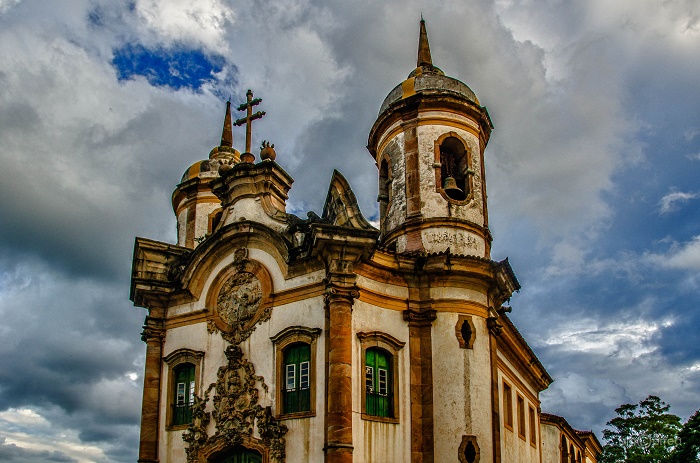 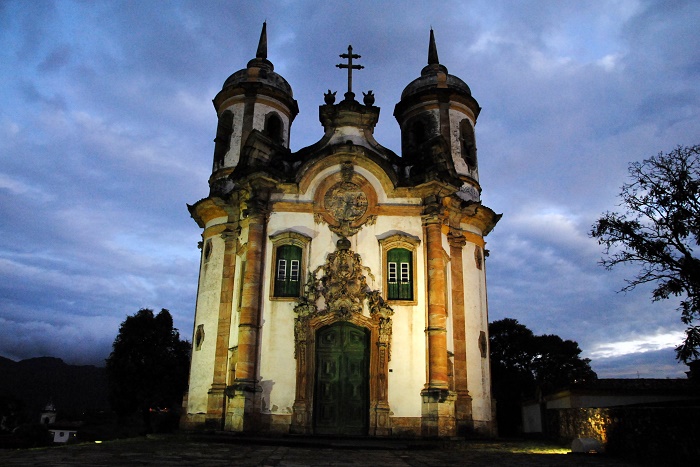 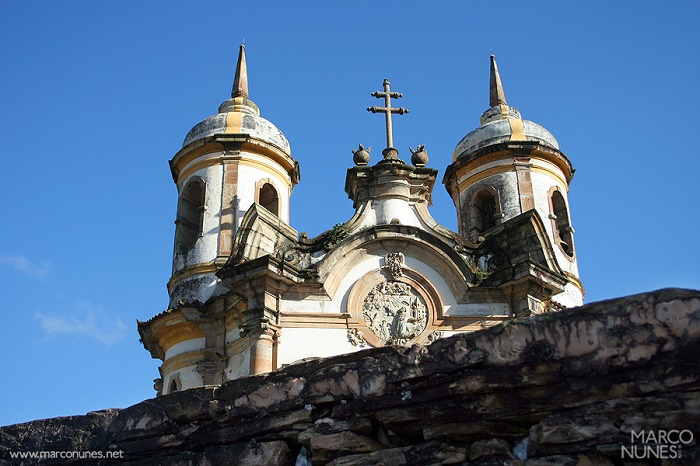 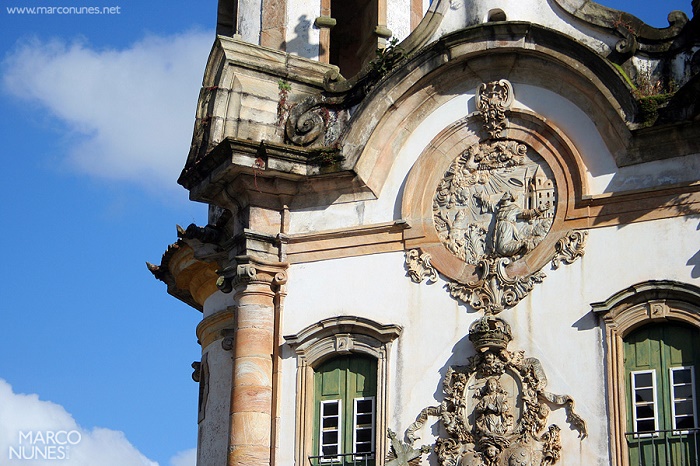 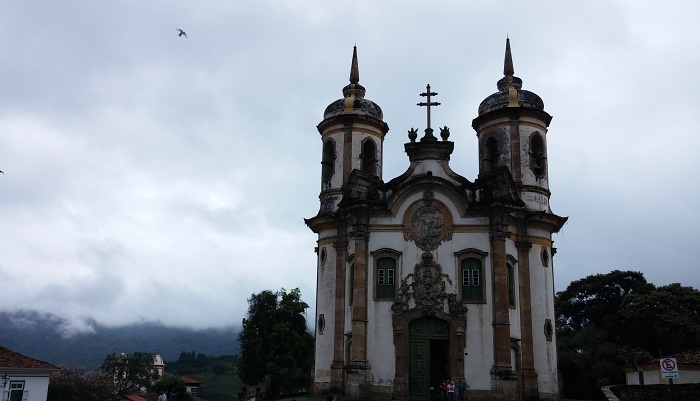