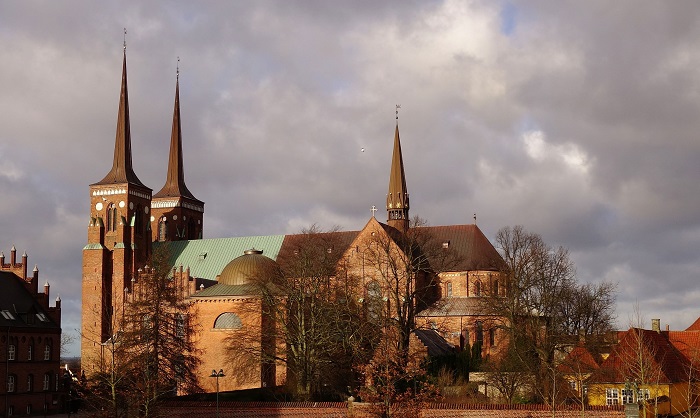 Roskilde Cathedral is a unique Gothic cathedral that is located in the city of Roskilde, in the eastern part of the Kingdom of Denmark. Following the denomination of the Lutheran Church of Denmark, this cathedral is considered to be the first one in Northern Europe to be built entirely of brick, which actually encouraged the Brick Gothic style to be used more commonly. There is no actual year when the Roskilde Cathedral was built, however, it is considered to have been constructed sometime in 12 and 13 centuries, and throughout the centuries architects incorporated different architectural styles to the Gothic one. Among them are French Gothic, Dutch Renaissance, Neoclassicism, Byzantine Revival and Modernist. The official completion of the construction is considered 1985 when the New Burial Ground, also known as Frederick IX’s Burial Ground was added, even though previously there have been another additions, such as chapels, porches, and other structures. 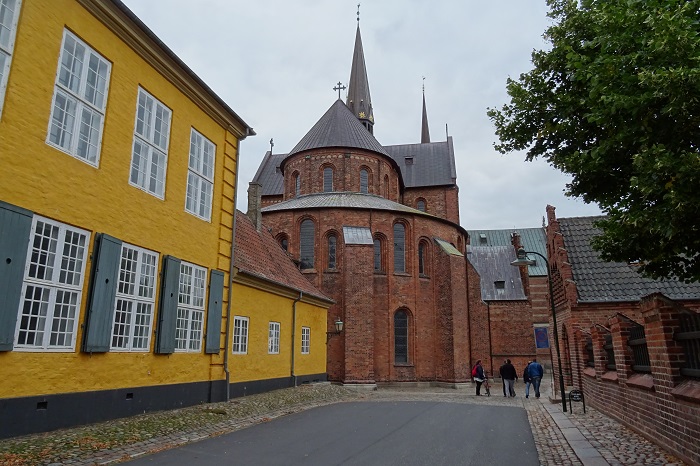 Still, this beautiful medieval masterpiece is looking over the old part of Roskilde towards the Roskilde Fjord and with its two pointy spires it allures people to get as close as possible and visit what is considered as the main burial site for Danish monarchs since 15 century. 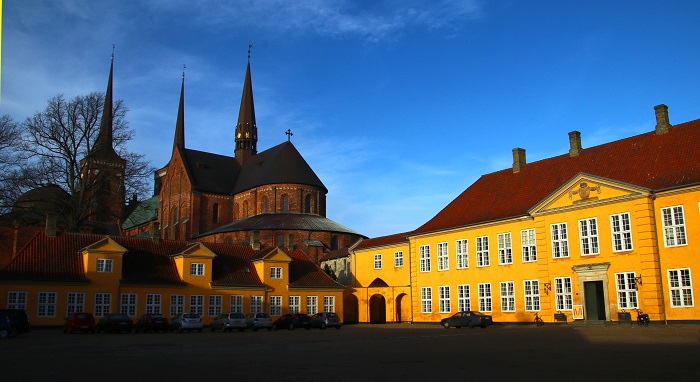 From the exterior, it can be clearly seen that the cathedral has the usual cross shape structure with few additions to the sides, nonetheless, it is even more clear that the bricks used for the construction are not the same, as they all vary in size and color. 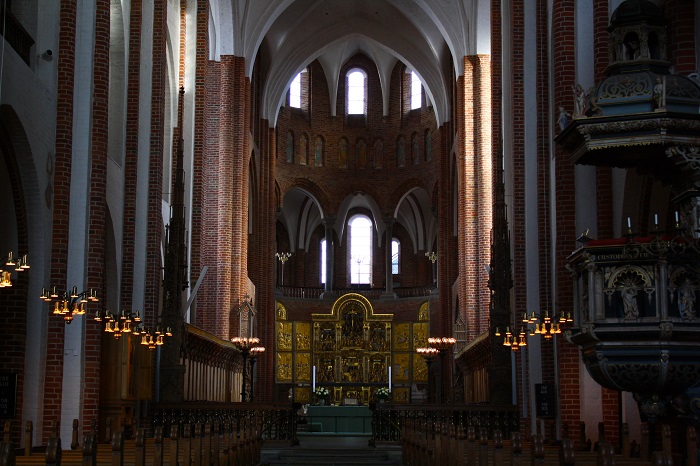 Being 86 meters (282 feet) long and 27 meters (89 feet) wide, the highest point is measured at 76 meters (248 feet) above the ground which gives a perfect opportunity for people to climb to the top and get a panoramic view of Roskilde and its surroundings. 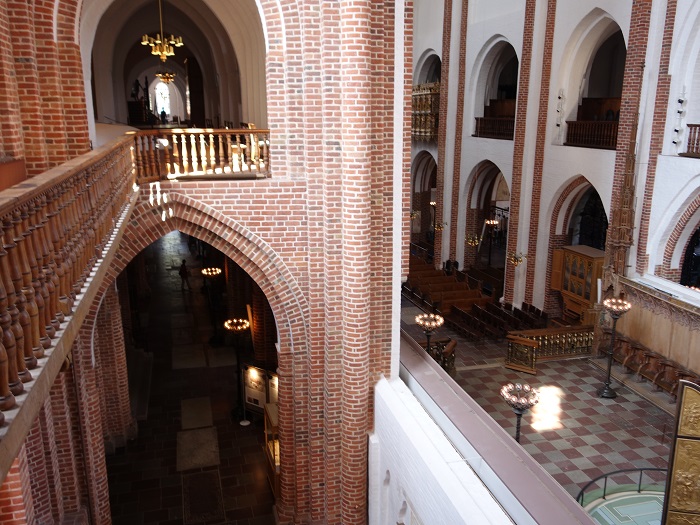 Representing an outstanding example of the earliest major ecclesiastical building in brick in this part of Europe, since 1995 the cathedral has been inscribed on the UNESCO World Heritage Site list attracting even greater attention by the general public to the local architecture and the life of the local community as well. 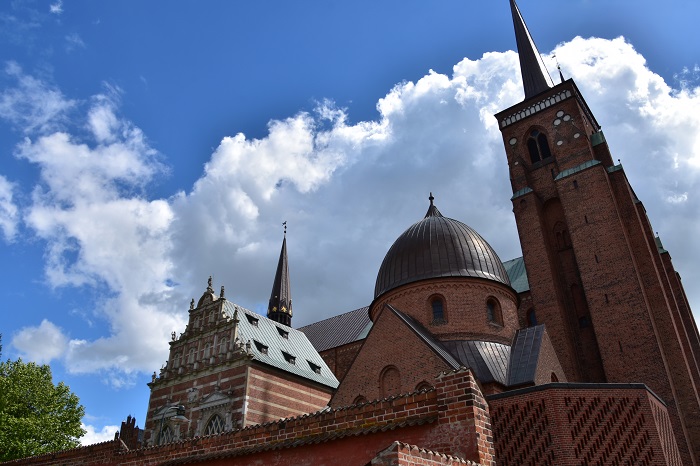 With that, this great Danish monument is very well taken care of which in turn means that it shall be protected for a very long time, making it the perfect example where the future Danish generations will be able to get here and learn in person about the country’s long and stormy history. 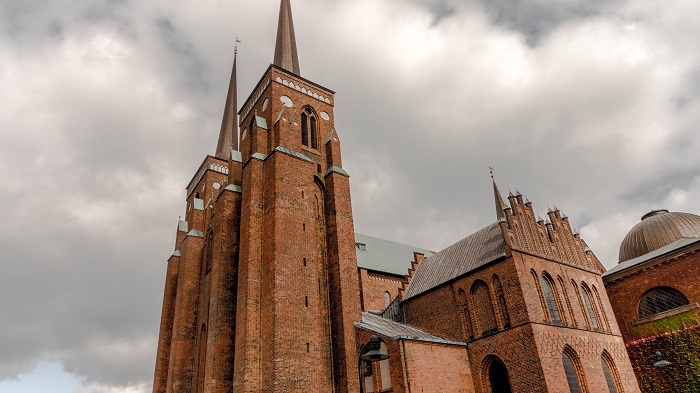 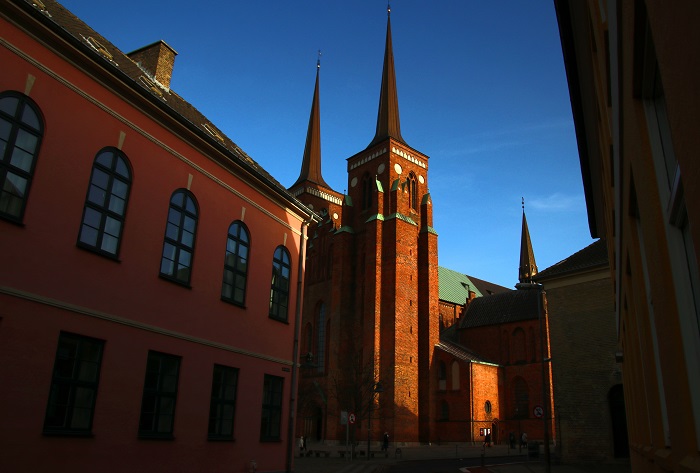 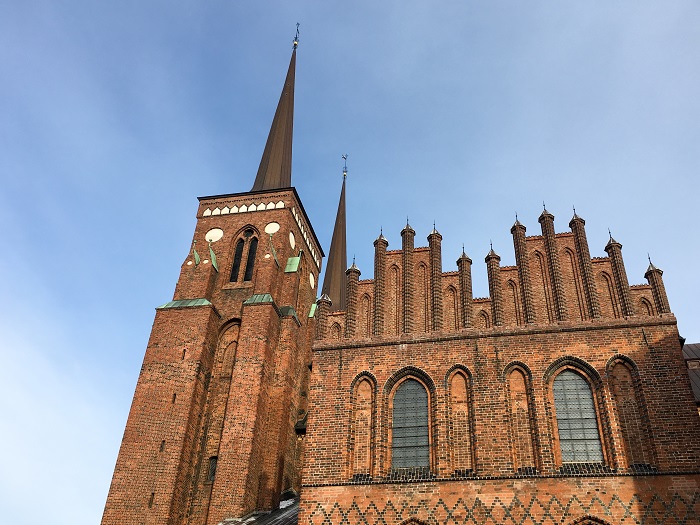