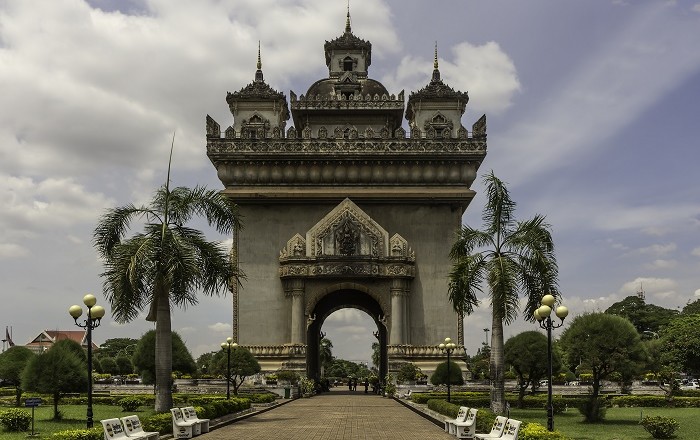 Patuxai is a war monument which name literally means Victory Gate or Gate of Triumph, located in the center of Vientiane, Laos on the end of Lane Xang Avenue, the road that leads to the Presidential Palace. 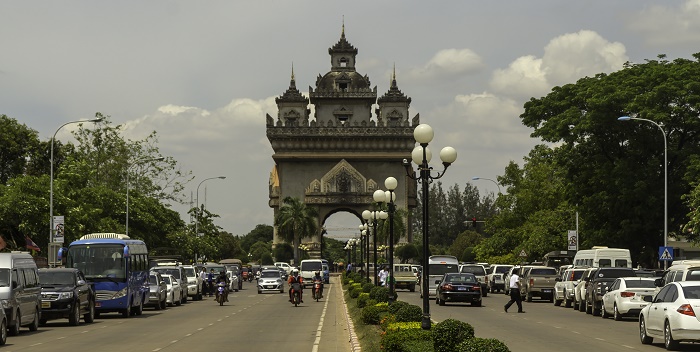 The Patuxai is dedicated to those who fought in the struggle for independence from France, which was obtained in 1949. With its crenelated upper level topped with five ornate towers in the traditional Laos style, the monument cuts a distinctive figure on the Vientiane skyline. 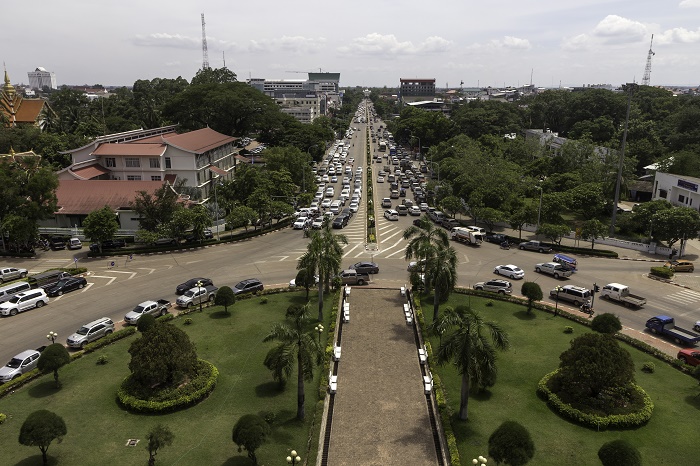 It forms the centerpiece of Patuxai Park, and as a monument to Laos’ resilience and eventual independence, Patuxai was designed to pay homage to its national culture and traditions.bIts exterior embellishments feature both Buddhist religious symbols such as lotus leaves and the stupa-shaped towers, and statues of animist kinnari (half-female and half-bird figures) and nagas (dragons). 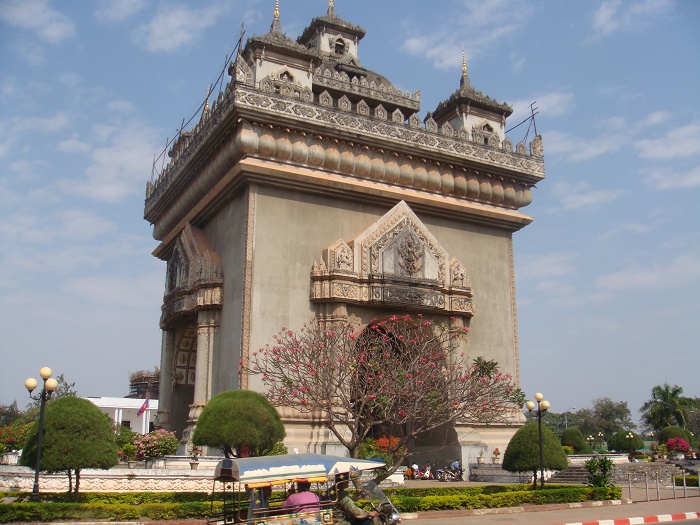 The interior of the monument is also richly decorated with painted walls and ceilings depicting gods, goddesses and elephants. Built between 1957 and 1968 using a funds from the US Government, it is sometimes nicknamed the ‘vertical runway’ as the cement used was intended for the construction of a new airport. 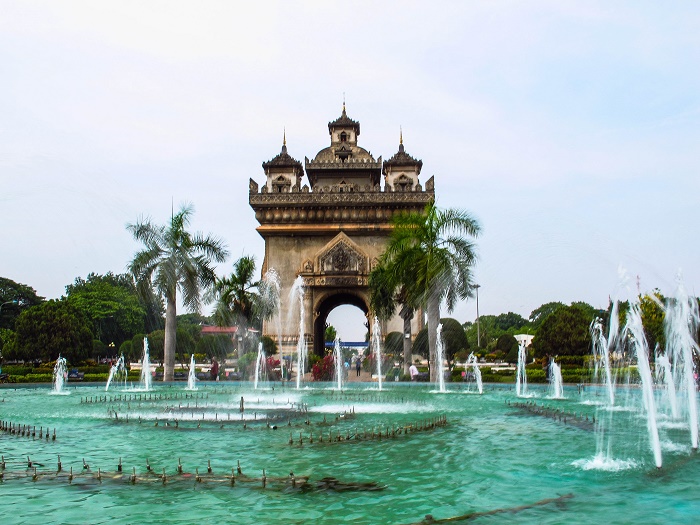 There are also seven floors that have administrative offices. gift shops, museum and upper viewing galleries. As Laos was named as World’s Most Peaceful Country, Indonesia gave to Laos a peace gong for the memorial which is now standing at the northern end of the park. It is the most peaceful yet, a place for “recharging your batteries” and continue exploring Laos. 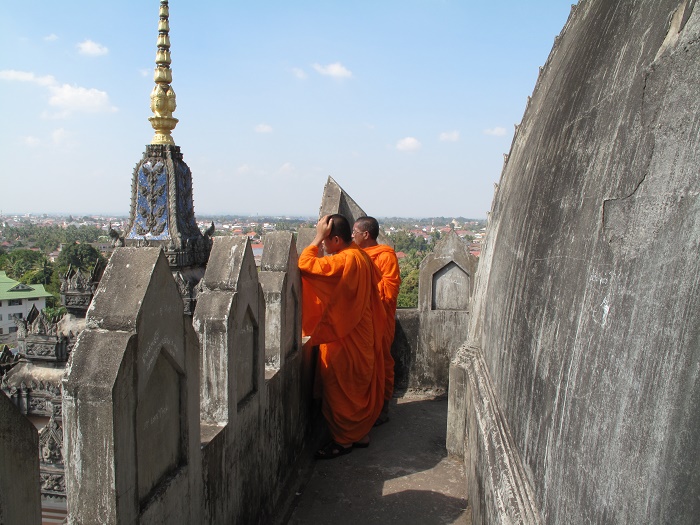 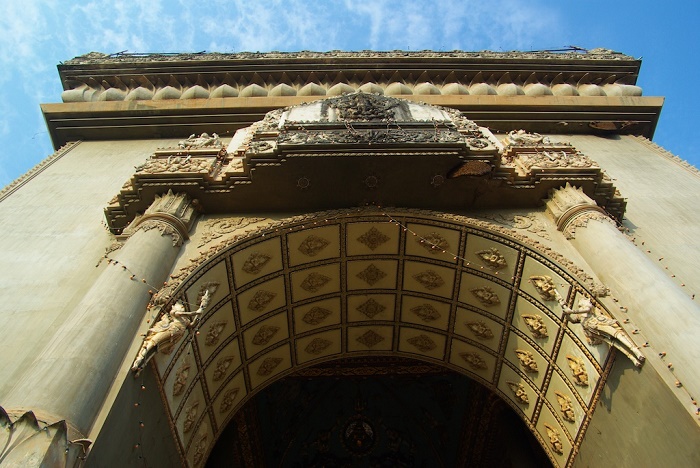 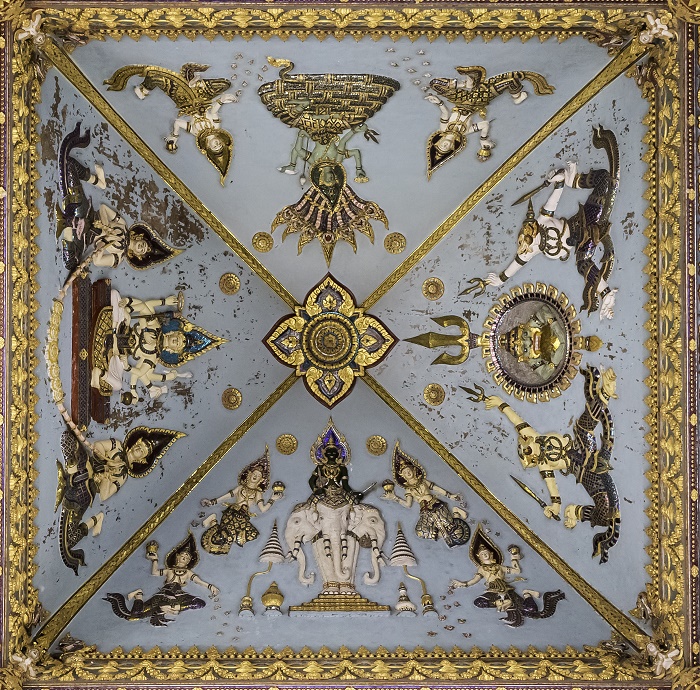 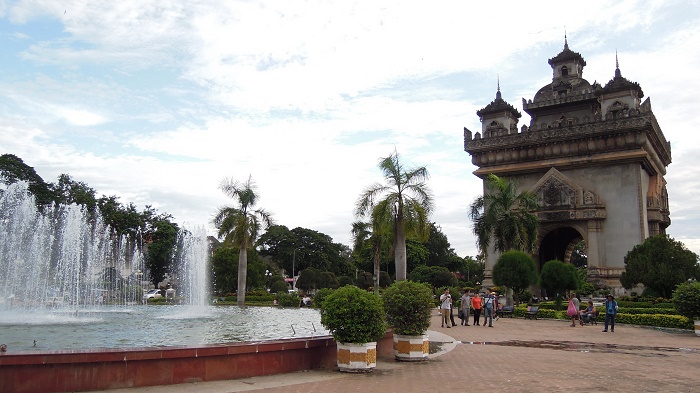 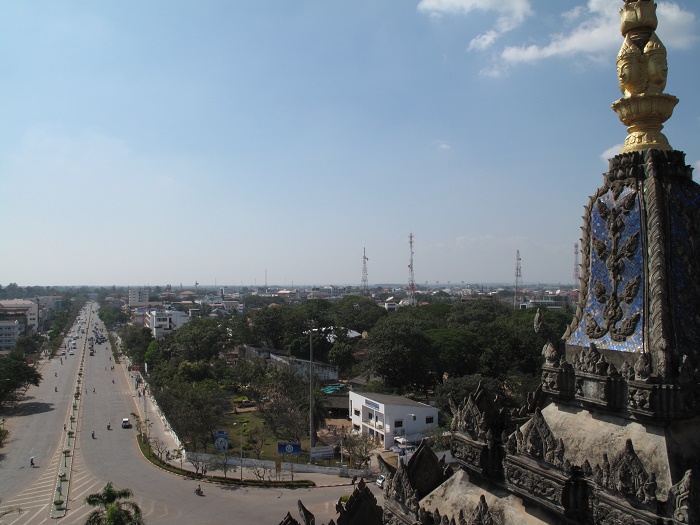 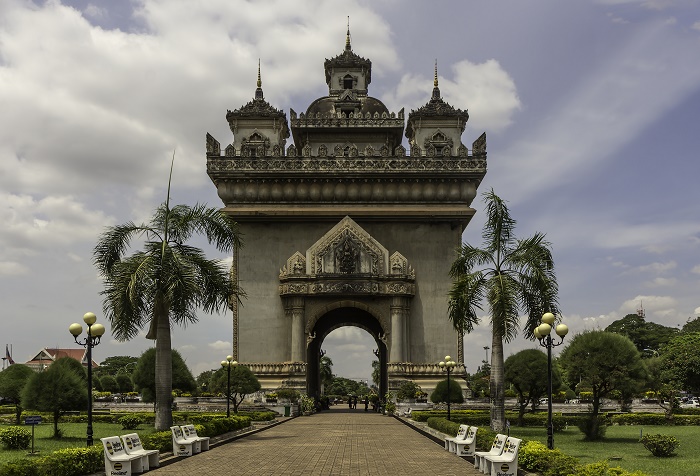 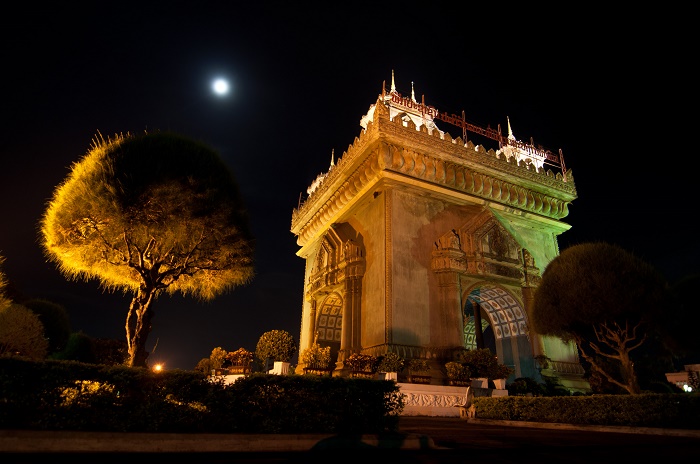