Pasha Qasim Mosque is one of the major symbols of the city of Pécs, Hungary, located in the city centre, on the main square called Széchenyi square. 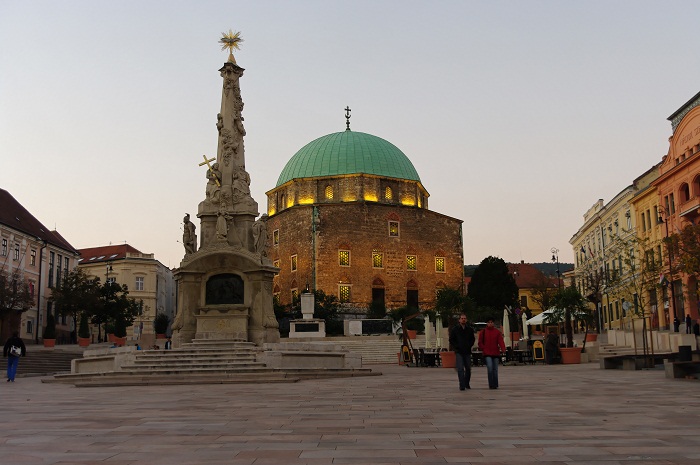 Today the mosque has been converted to a Roman Catholic Church. Previously on the site of the mosque there has been the Gothic Church of Saint Bartholomew, and in 1543 the stones of the same church were used to construct this mosque at the order of Pasha Gazi Kasim. 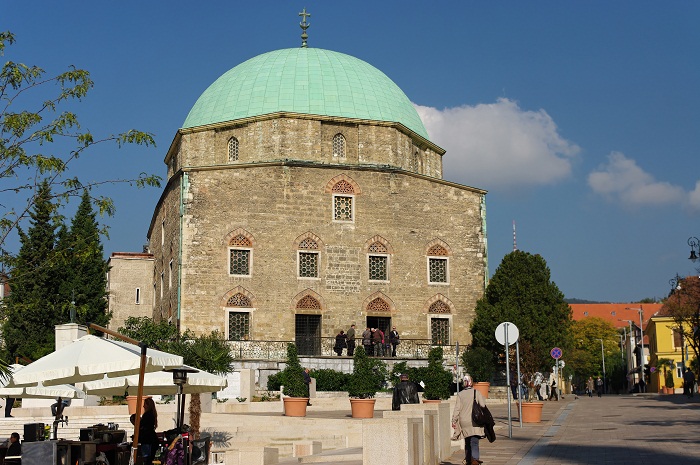 At that time, the Ottomans were the invaders of the city and they planned long-term occupation, so they changed the architectural environment. The mosque later in 1702 was converted in into a church, when the Habsburg-Hungarian troops liberated the city. The minaret was brought down by the Jesuits in 1766, and it is still one of the largest Turkish buildings that remains in Hungary. Since the liberation of the city, only Christian ceremonies have been held here and to satisfy this demand the interior was re-built. However, the outside looks the same as it did during the Turksih Age. It consists of typical Ottoman architectural elements, hive pattern ogee windows, stalactite pattern vault and a mihrab (prayer niche) facing Mecca.

We can find poems from the Koran scattered on the walls while the containers of Holy Water next to the vestries were part of the bath of Pasha Gazi Kasim. One of the most unique symbols is the crescent moon and the Christian cross on the top of the dome. A unique piece showing that people should coexist. 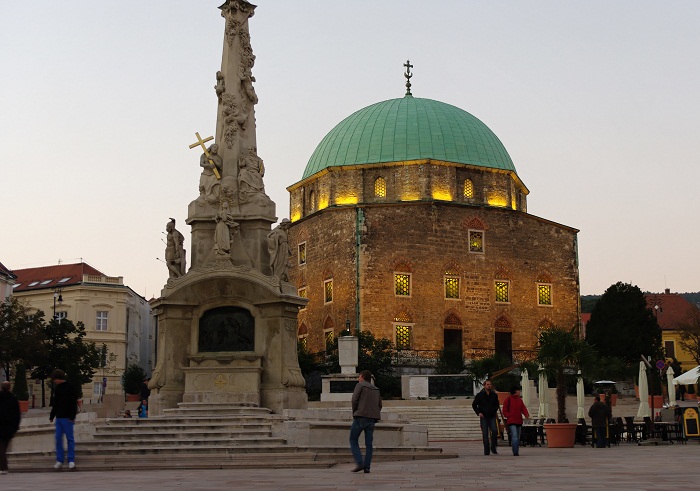 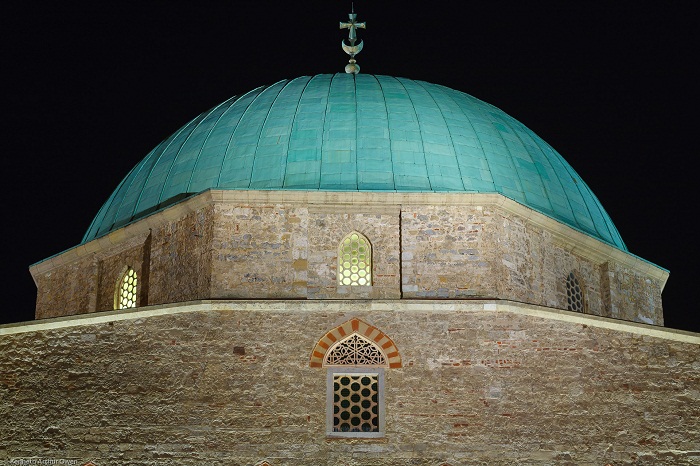 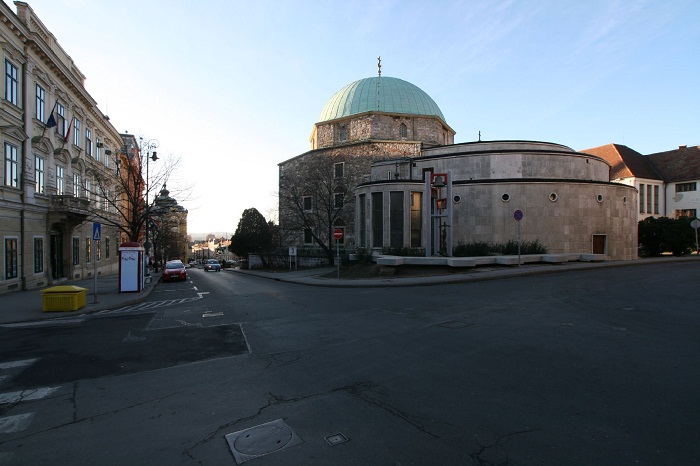 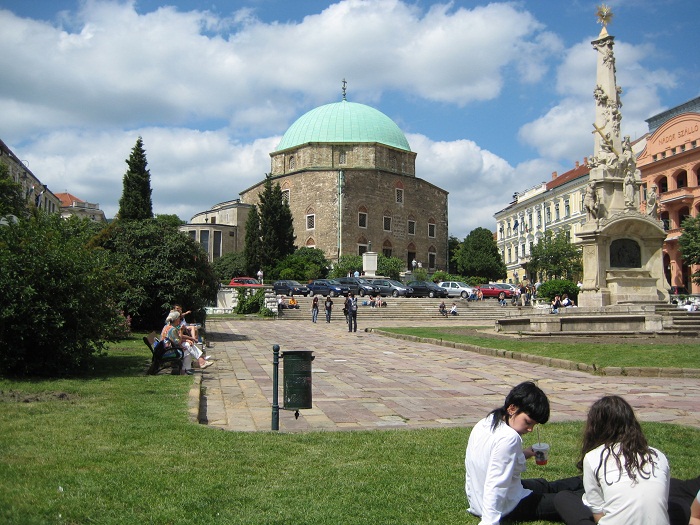