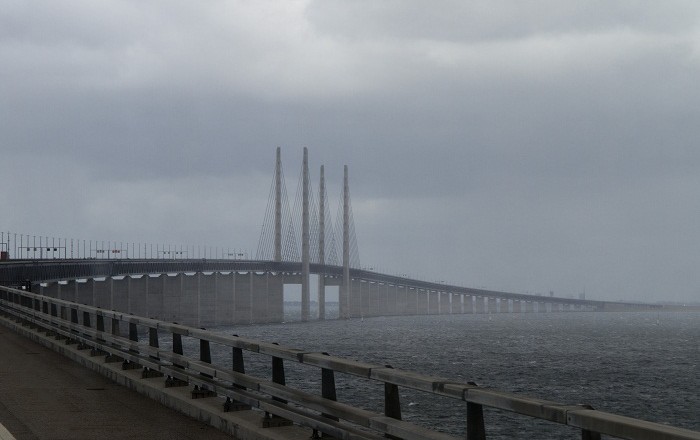 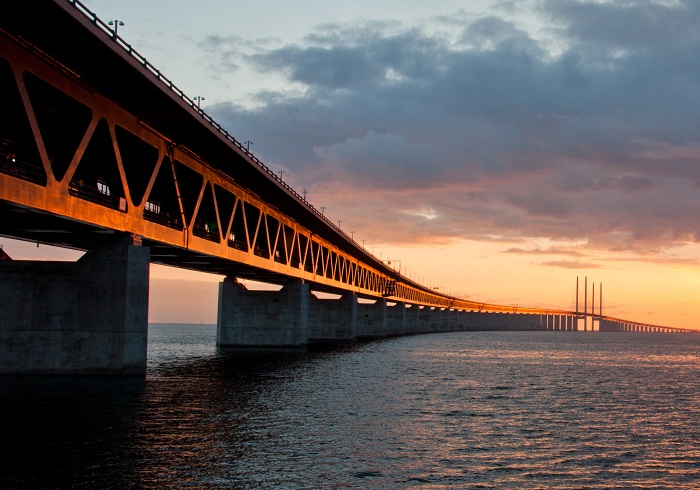 The concept of a fixed link across Øresund is not new. For centuries, Øresund presented an obstacle to the transport of passengers and freight between Sweden and Denmark. Moreover, it also represented a psychological barrier simply because the mere thought of a difficult journey hampered trade and closer relations. With the rise of industrialization and internationalization in Europe, the idea of a fixed link became more plausible.

From the beginning of the 20th century, several proposals were put forward, although a lack of financing and political support meant that the proposals never got past the drawing board. A joint venture of Hochtief, Skanska, Højgaard & Schultz and Monberg & Thorsen, began construction of the bridge in 1995 and completed it 14 August 1999. 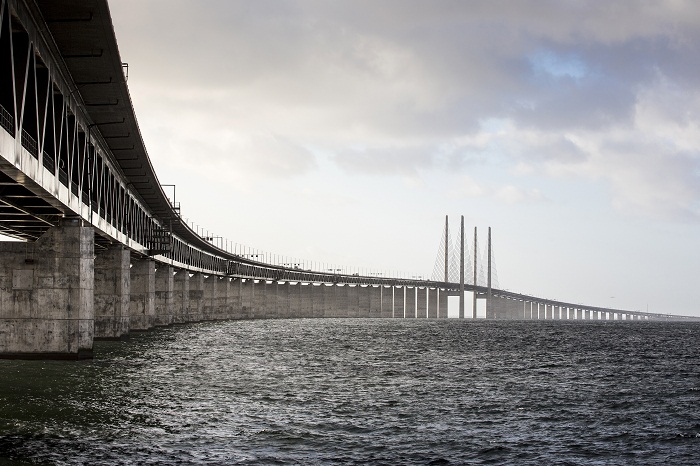 Crown Prince Frederik of Denmark and Crown Princess Victoria of Sweden met midway across the bridge-tunnel on 14 August 1999 to celebrate its completion. The official dedication took place on 1 July 2000, with Queen Margrethe II, and King Carl XVI Gustaf as the host and hostess of the ceremony. As it is the longest combined road and rail bridge in Europe, it consists of three sections: a bridge, an artificial island and a tunnel. 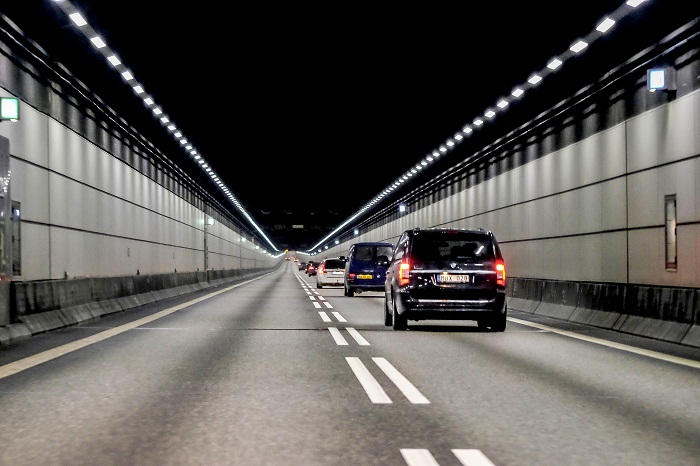 The bridge accounts for half the length of the link, around 8 km (5 mi) with the two 204 m (669 ft) high pylons supporting the 490 m (1607 ft) long bridge span across the Flinte channel. This design is known as a cable-stayed bridge. On the bridge, the railway and motorway run on separate levels with the railway on the lower deck and vehicle traffic on the upper deck. When you will cross the bridge, you get to the man-made island of Peberholm, which was constructed from the material dredged from the Øresund seabed to accommodate the bridge piers and the tunnel. 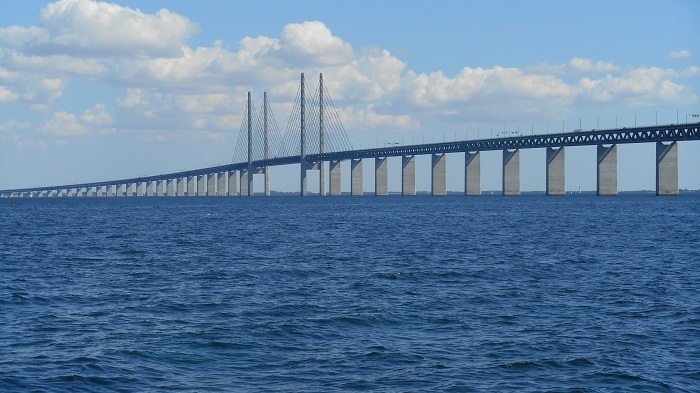 Peberholm was built to enable traffic to pass between the bridge, where rail and vehicle traffic run on two levels, to the tunnel where traffic runs on the same level. The connection between Peberholm and the artificial peninsula at Kastrup on Amager island, the nearest populated part of Denmark, is through the 4,050 m (13,287 ft) long Drogden Tunnel (Drogdentunnelen). 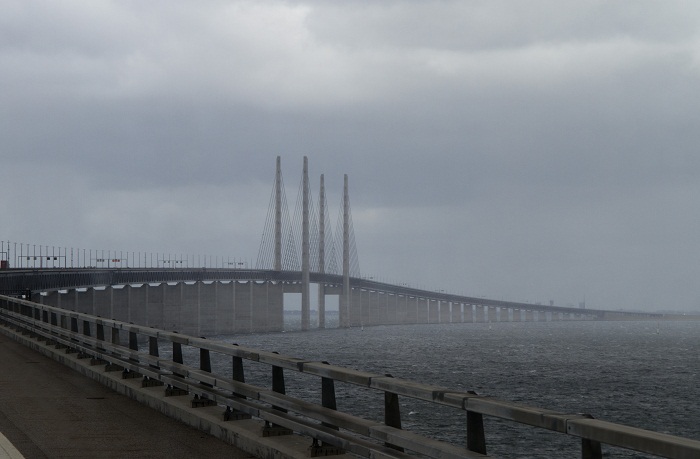 It comprises a 3,510 m (11,516 ft) immersed tube plus 270 m (886 ft) entry tunnels at each end. The tube tunnel is made from 20 prefabricated reinforced concrete segments, which are the largest in the world at 55,000 tonnes each, interconnected in a trench dug in the seabed. 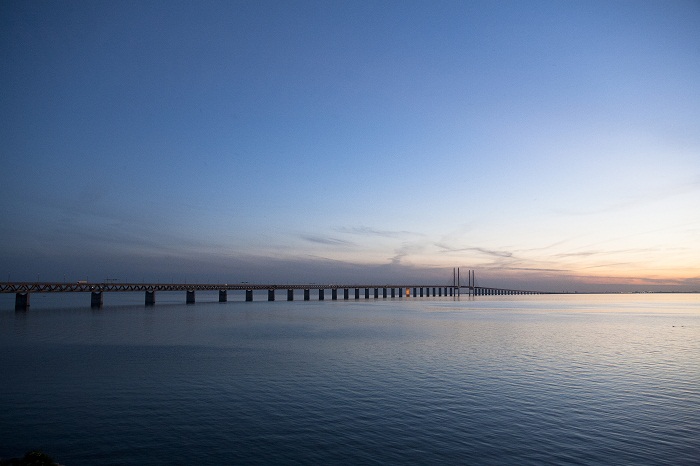 Two tubes in the tunnel carry railway tracks, two carry roads and a small fifth tube is provided for emergencies. The tubes are arranged side–by–side. Today, the bridge and the tunnel are serving as a major link between the two countries, with Dannes living in the neighboring Malmo, and commuting in Copenhagen, due to the lower living costs compared to the ones in Denmark. 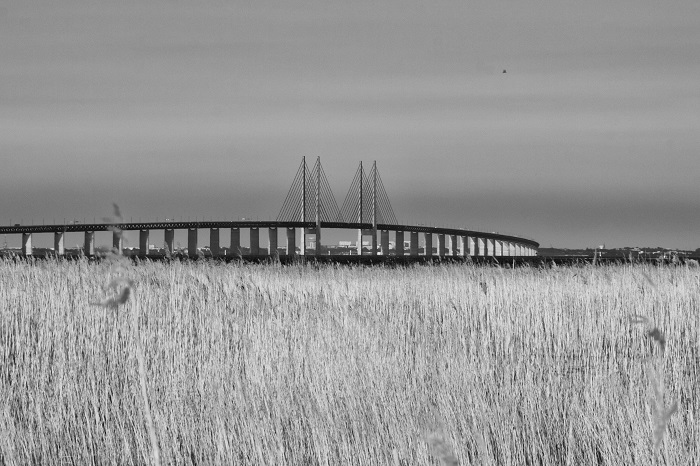