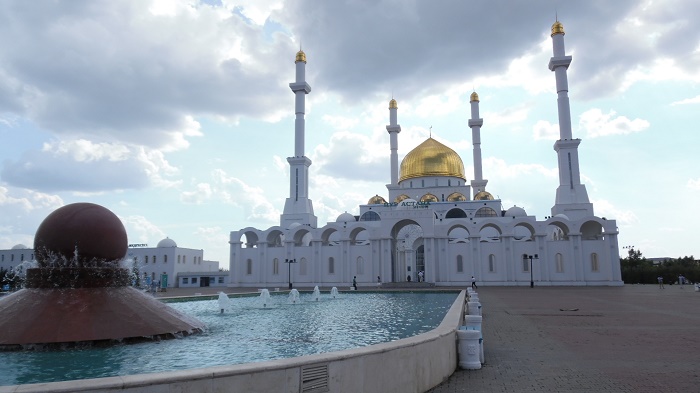 The Nur-Astana Mosque is a newly built modern mosque that is located in the capital city of the Republic of Kazakhstan, Astana. Considered to be among the biggest mosques of Central Asia, there is huge symbolism behind its construction. 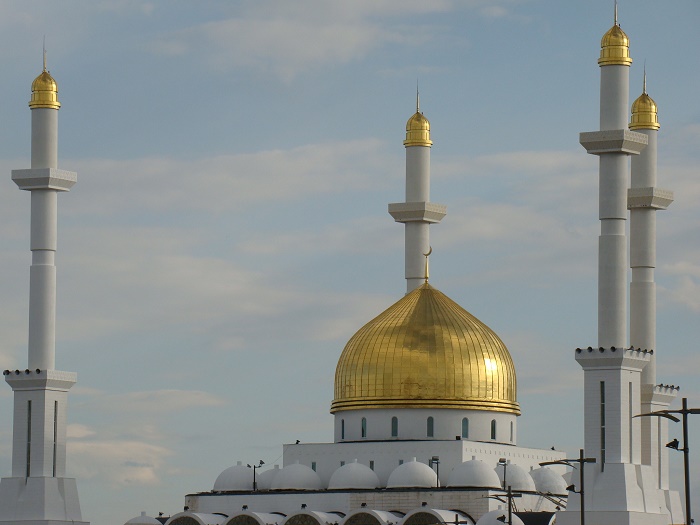 There are four minarets that are 63 meters (207 feet) high symbolize the age the Prophet Muhammad was when he died, the height of the mosque which is measured at 40 meters (131 feet) symbolizes the age when the Prophet received the revelations. Still, the exterior is certainly something what one should expect from an Islamic religious building, as it follows the traditional architectural style. 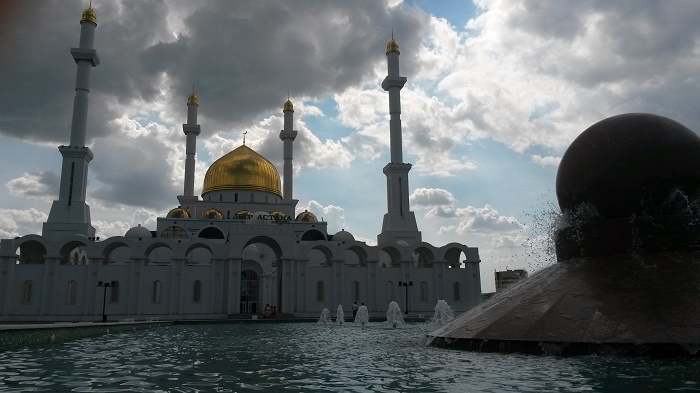 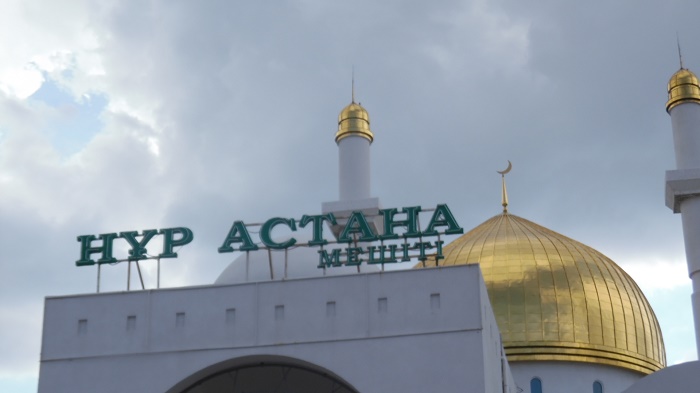 The entire complex is looking divine with the two fountains from the open yard, nonetheless, the interior is divided into prayer hall for men only, while the women are using the prayer hall in the upper gallery. Completed in 2008, the Nur-Astana Mosque has a capacity of 5,000 worshipers, who are enjoying inside in the majestic inscriptions from the Kouran all around the gold-coated dome. 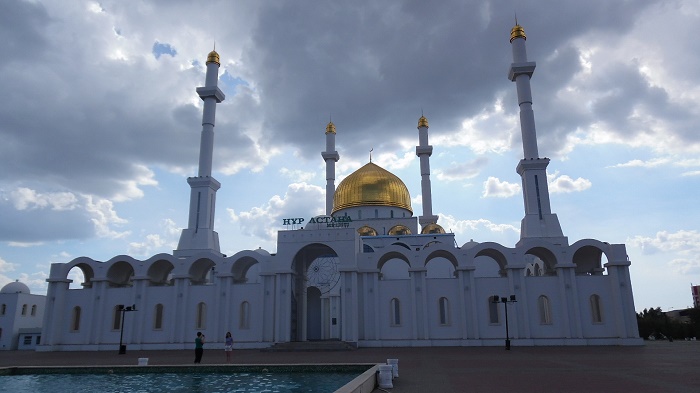 As it took three years for the mosque to be completed, it opened officially its doors in 2008, and this gift in accordance with the agreement of the Kazakhstan President, Nursultan Nazarbayev and the Emir of Qatar, Hamad bin Khalifa, is welcoming all those who would like to say a prayer within. 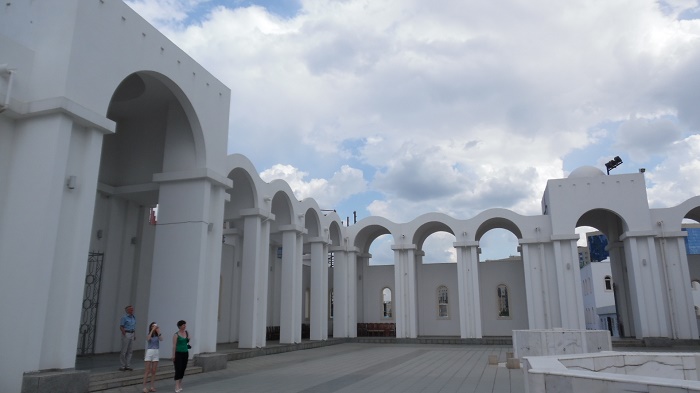 Covering an area of about 3,930 square m (42,302 square ft), this magnificent masterpiece of structure is definitely considered to be among the most prominent religious landmarks of Astana that welcomes everyone coming to Kazakhstan’s capital. 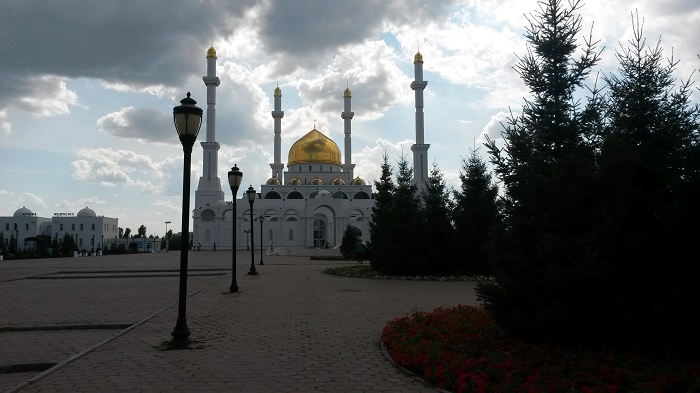 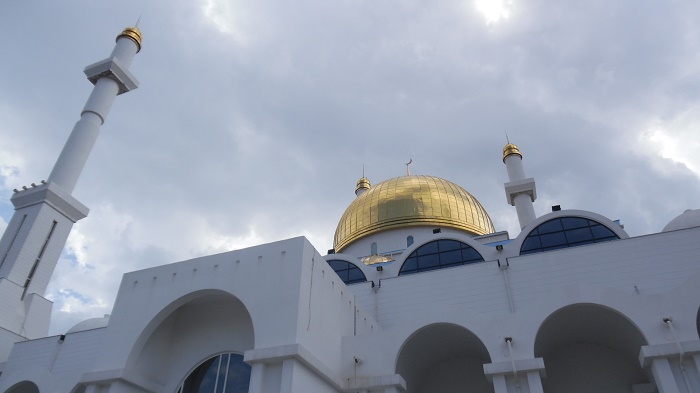 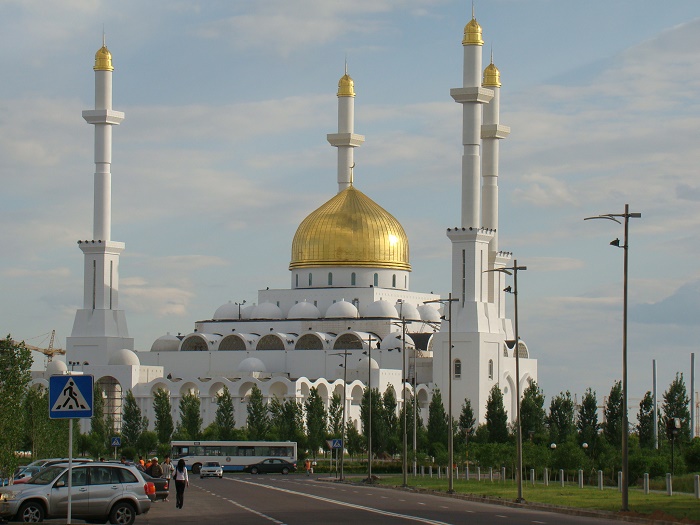