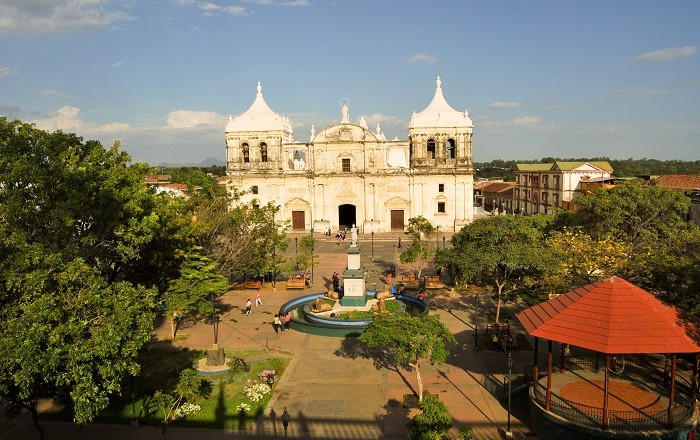 León Cathedral is one of the most significant historic landmarks located in the Republic of Nicaragua. The other name for which this cathedral is known is Real and Renowned Basilica Cathedral of the Assumption of the Blessed Virgin Mary. The cathedral is the most prominent building of León. It is situated at the central plaza, and the first construction of this huge building started over two centuries ago. 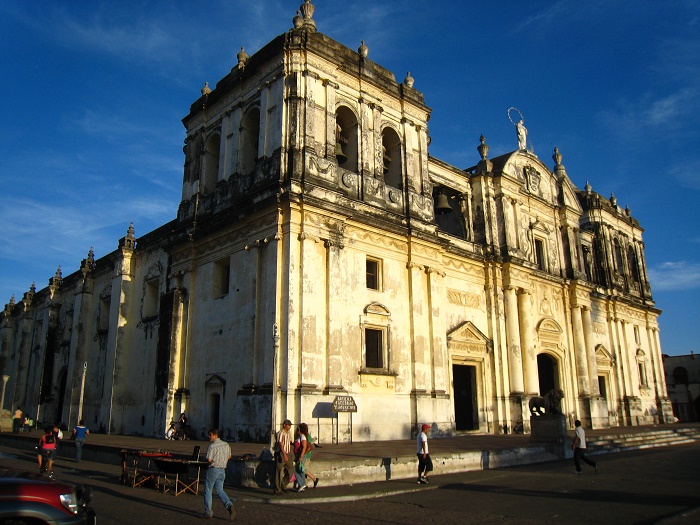 Constructed between 1747 and 1814 by the Guatemalan architect Diego José de Porres y Esquivel, León Cathedral merges a basilica rectangular layout of Spanish derivation with regional architectural proportions and features. Stylistically, the monument shows the transition from late Baroque to Neo-Classic with sober decoration. 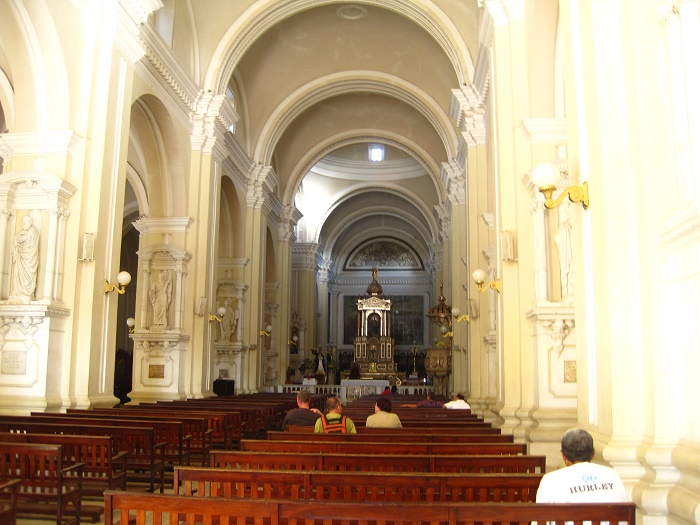 When the cathedral was being built, rich people from the area bought a tomb below the floor of the cathedral. The money was used to construct and later maintain the building, and it offered a very special final resting place for the wealthiest people from León. 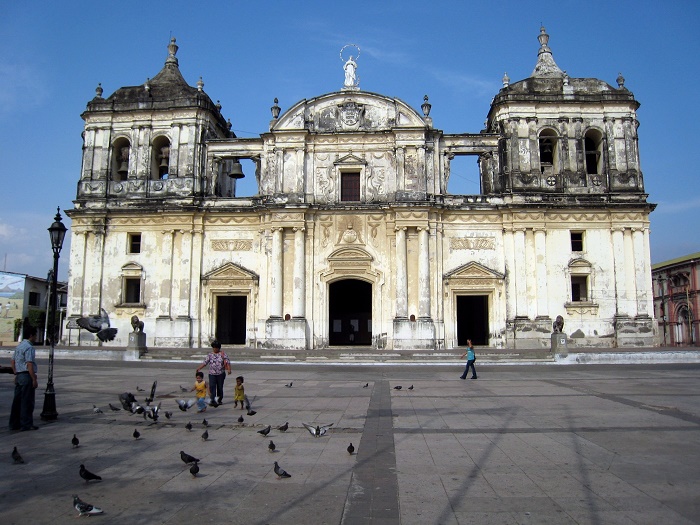 The most spectacular grave is the one of Rubén Darío, the most famous Nicaraguan poet, whose tomb is covered by a stone lion in the center of the church. The other bodies are buried below the cathedral and the graves are inaccessible, but there are other subterranean areas that are still accessible. Seven small cellars have been constructed below the building, to give the cathedral more flexibility during earthquakes. These chambers have also been used to store and hide treasures. Furthermore, one of the cellars provided access to a system of tunnels that connected several churches. 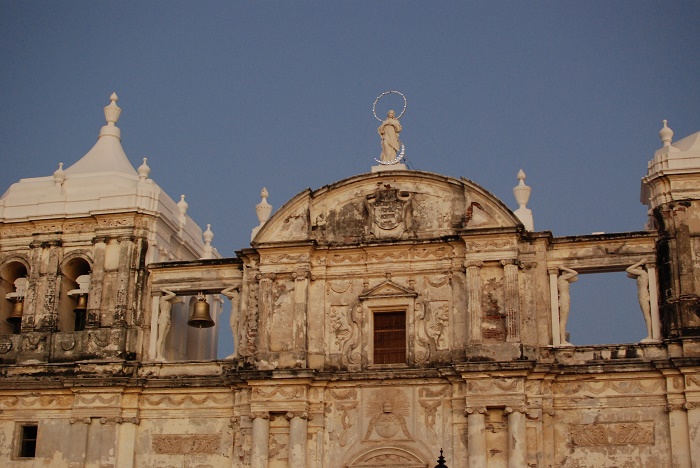 In case of an attack, this provided a way of fleeing from one place to the other, underground. The treasures have also been rescued from pirates once, when they were brought to another church through the tunnel. The cathedral has a rectangular plan, of a type general in those centuries and similar to those of the cathedrals of Lima and Cuzco, Peru. The towers and the façade are mainly Neoclassical. The cathedral has a nave and four aisles, ten arched bays and two towers in the façade, flanking a central round pediment marking the position of the nave. 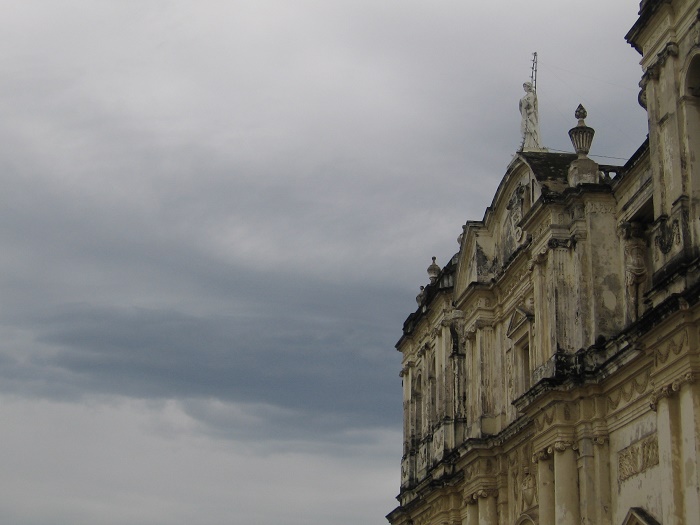 The sacrarium, whose salient breaks the rectangular symmetry of the building on the South side, is located almost parallel to the biggest altar. Their interior is roomy and its columns cruciform, the central nave is divided by columns from the lateral aisles and the structure is finished off over the crossing by a great dome. 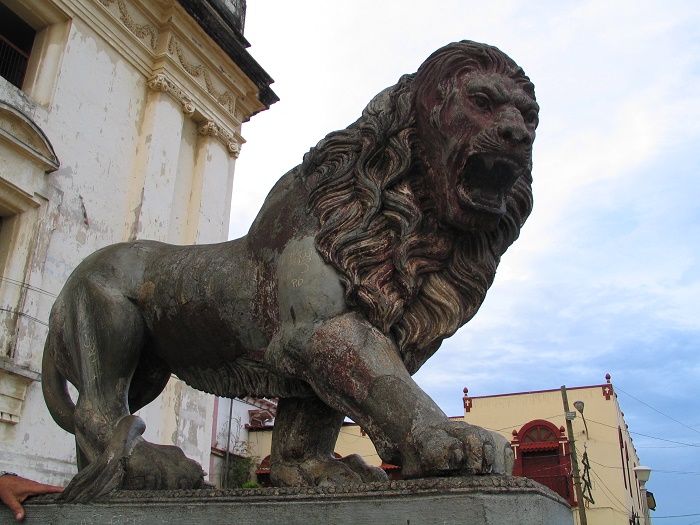 The façade, elevated on a terrace, combines Baroque show with the neoclassical style. The windows are arched and the two towers have Chinese domes. 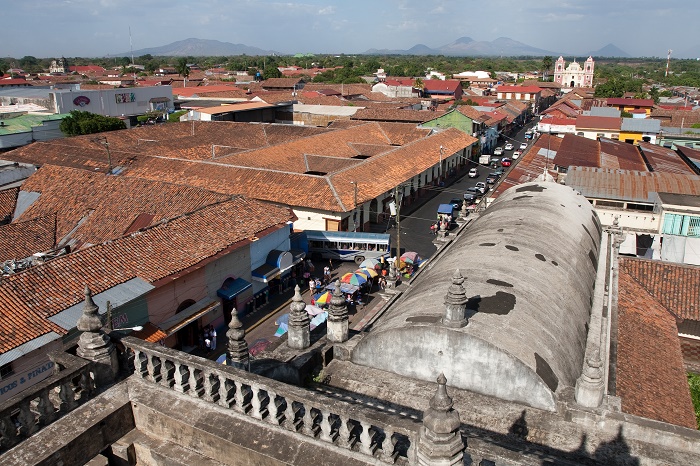 Due to the robustness of its walls, the Cathedral has survived tremors, volcanic eruptions of the volcano Black Hill and wars. Designated as a UNESCO World Heritage Site in 2011, this Nicaraguan landmark, truly is something what its citizens and especially the citizens of the city of León should be proud of. 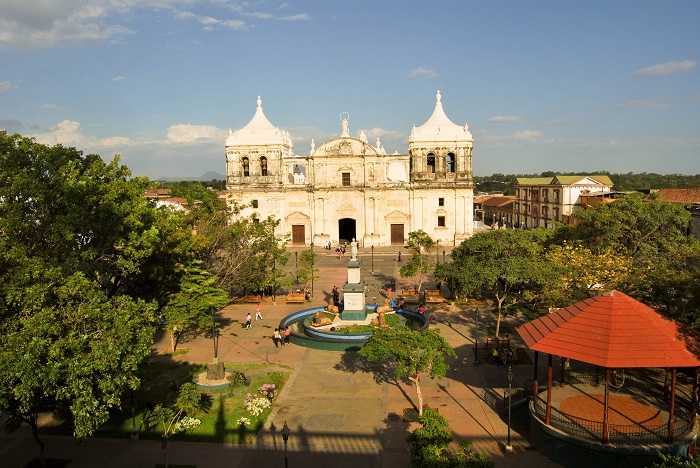 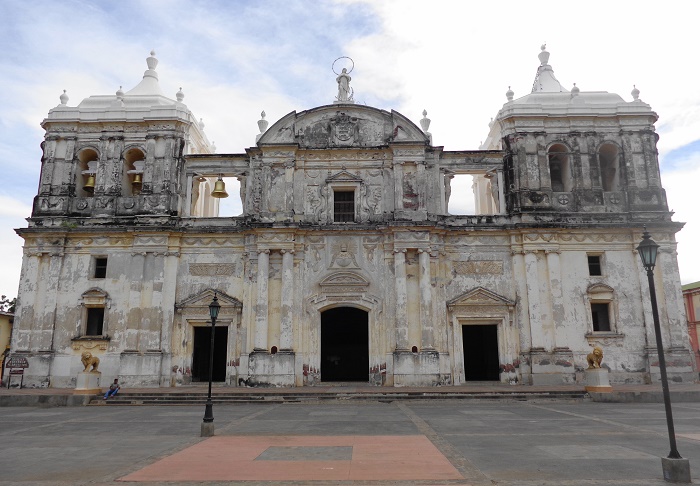