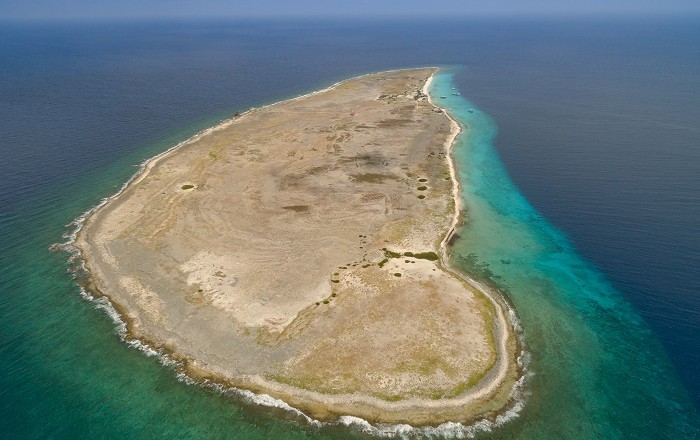 Klein Curaçao, also known as Little Curaçao, is a small uninhabited island in the Caribbean Sea, which is part of the Country of Curaçao, which is a constituent country of the Kingdom of the Netherlands. 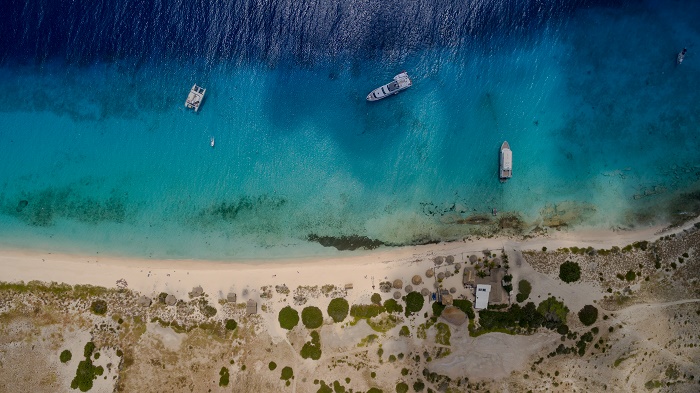 With a land area of 1.7 square km (0.66 square mi), this alluring island was once inhabited, and remains from the people who lived there can be seen. The most interesting is the 22 meters (66 feet) tall lighthouse, nonetheless, there are also a beach house and several huts. 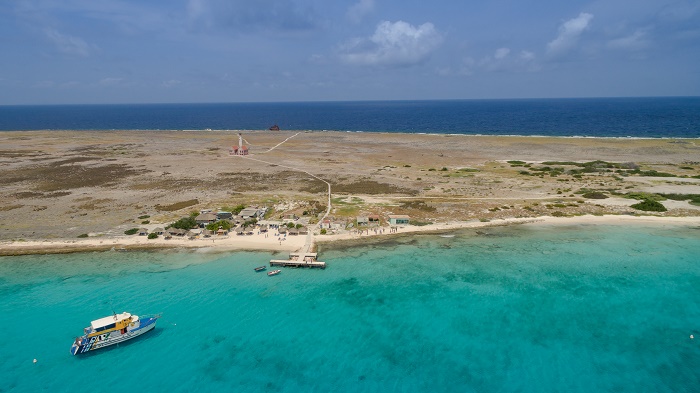 Located to the south from the bigger and also main island of Curaçao, it is far away from the thriving urban areas, and it is worth mentioning that Klein Curaçao is filled with white sand beaches, crystal clear water with a spectacular reef and amazingly colorful sea life. 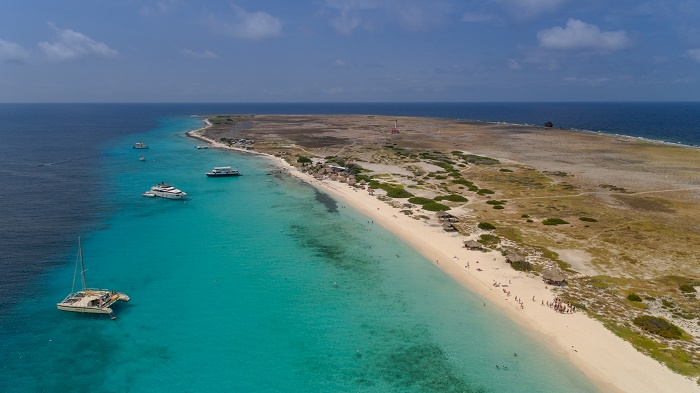 Until 19th century, the small coral island was a paradise for the sea birds, where the droppings caused a chemical reaction with the limestone into phosphate which was a popular product in Europe at the time, which was commonly used as a fertilizer for the ground. 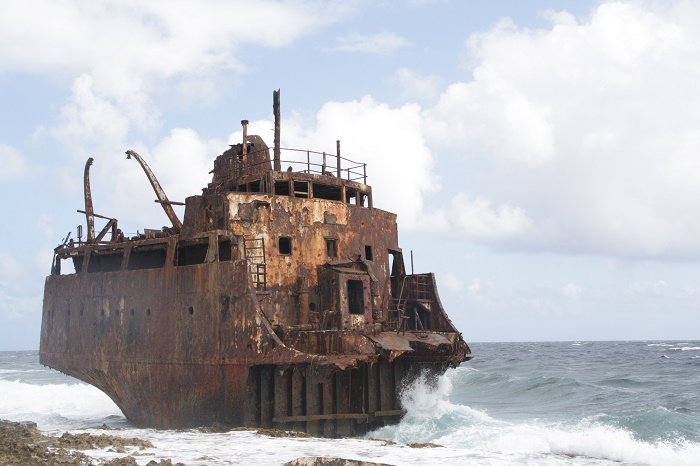 When this was discovered by accident in 1871, the English mining engineer John Godden  began digging all around the island, which caused the island to become lower compared to the sea level, and not green as it once was. The phosphate was mined and exported to Europe until 1886, however, the roaming of the goats all over the island helped in the desertification too. 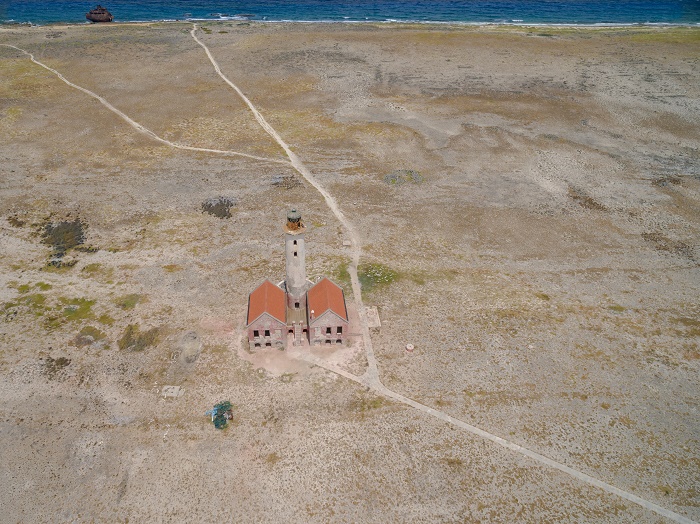 Nowadays, thanks to the CARMABI Marine Research Station, Curaçao, there is a project that tries to reforest once again the island, with hope that Klein Curaçao shall be as green as it once was. Another infamous feature is the slave trade, where slaves were brought from Africa to Curaçao by the Dutch West India Company, and those who were sick were placed in quarantine here. 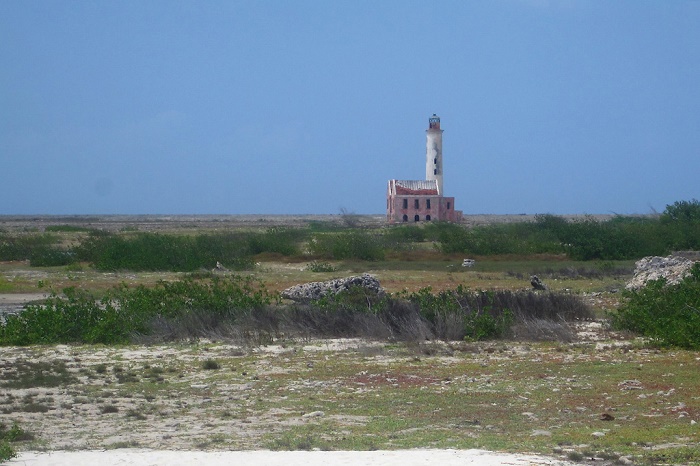 The quarantine building, or what has been left from it can be still seen in the northwest of the island. Those who did not survive the quarantine period, nor the voyage, have been buried in the southern part of Klein Curaçao. Today, the island is a popular spot for those who would like to spend the day in isolation from the urban life of Willemstad, the capital city of Curaçao, around the wonderful and endless white sand beaches, swim or even snorkel or scuba dive in the crystal clear turquoise waters. 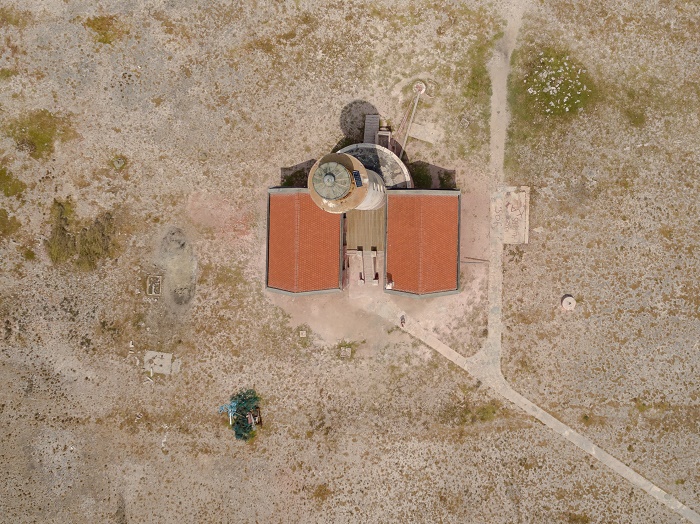 Those who are into deserted places, at the windward side, there is something like a graveyard for ships which did not stay far enough from the island, or simply lost power and were brought to Klein Curaçao. 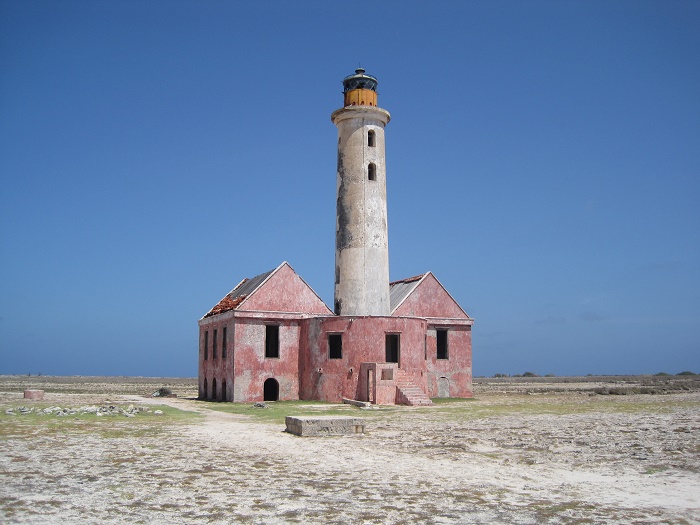 The most interesting is the Maria Bianca Guidesman which is a small tanker that is being slowly demolished by the constant pounding of the incoming waves. Still, this alluring paradise is open to every single person that would like to see the wild side of Curaçao, which would be a perfect one day trip. 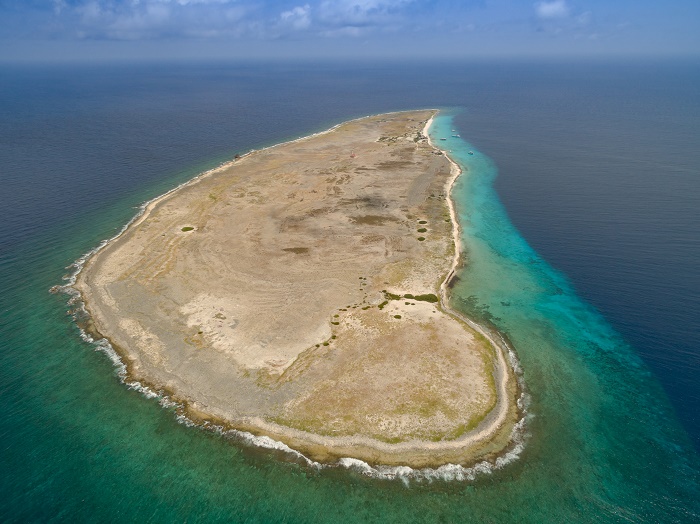