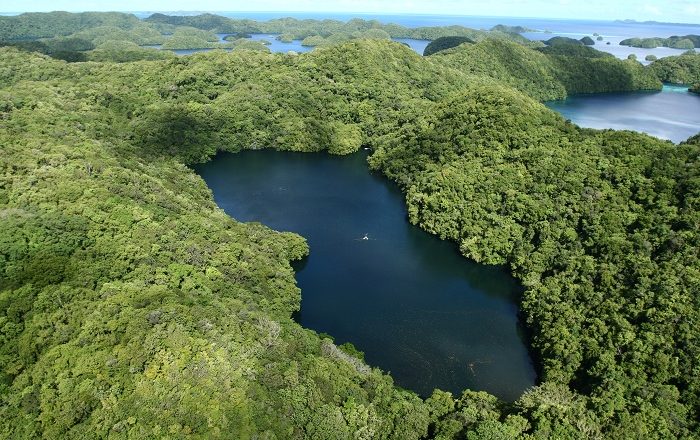 Jellyfish Lake, also known as Eil Malk Lake, is a small marine lake which is located on Eil Malk Island, which is part of the Rock Islands of the Pacific island nation of the Republic of Palau. With length of 460 meters (1,510 feet) and width of 160 meters (520 feet), it has an average depth of about 30 meters (100 feet), making it quite interesting place to snorkel. 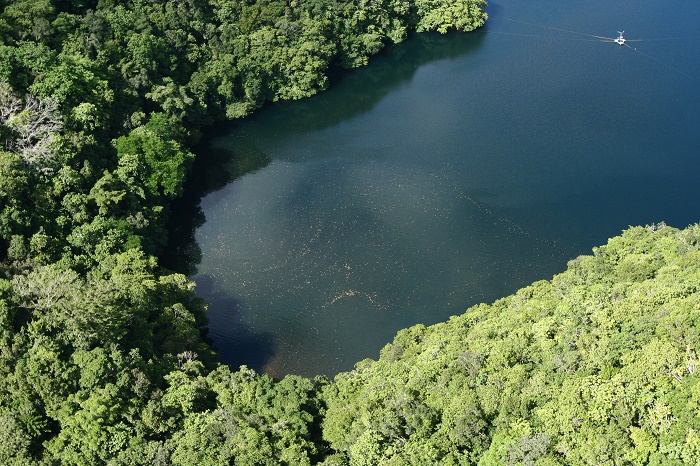 One of the most famous features for which this small lake is known for are the golden jellyfish, also known as Mastigias cf. papua etpisoni, which have evolved much more differently from their close relatives living in the nearby lagoons. 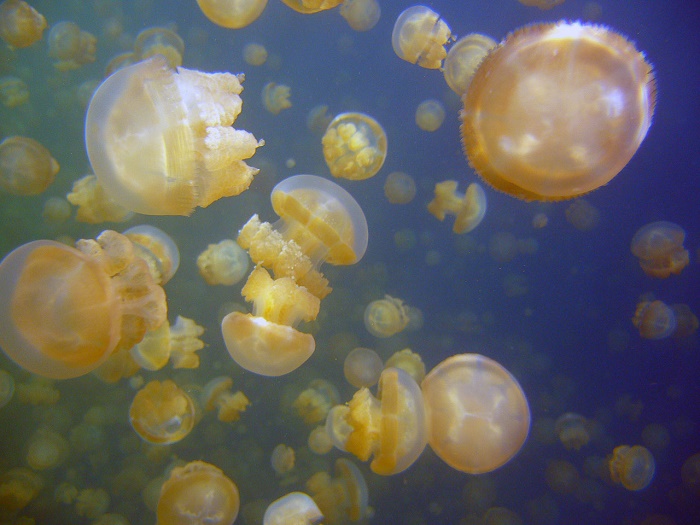 Supposedly trapped in the lake 12,000 years ago after a post-Ice Age rise of the sea levels, the jellyfish is thriving on the quick-growing algae and with no predators to keep them in check they are in the lake in great numbers. The lake on other hand is stratified into two layers, where an upper layer of oxygenation can be measured, while the lower layer is with very low levels of oxygen. 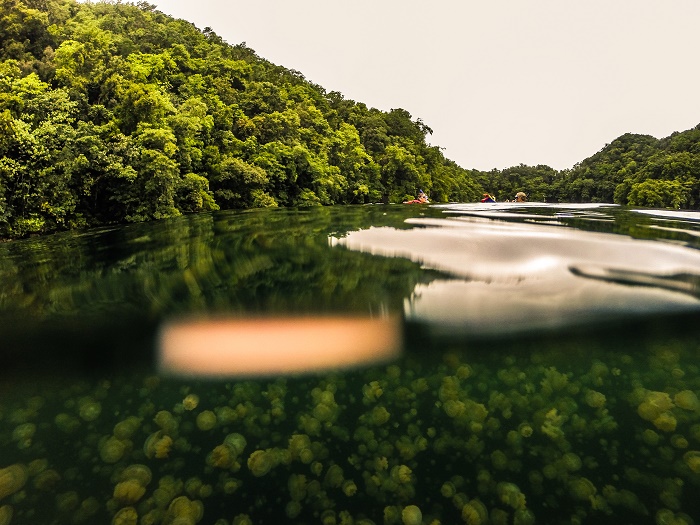 The lower layer is dangerous as the layer of hydrogen sulfide which is located between 15 and 20 meters (49 and 66 feet) is quite perilous, nonetheless, fortunately the stratification is persistent and seasonal mixing does not occur. 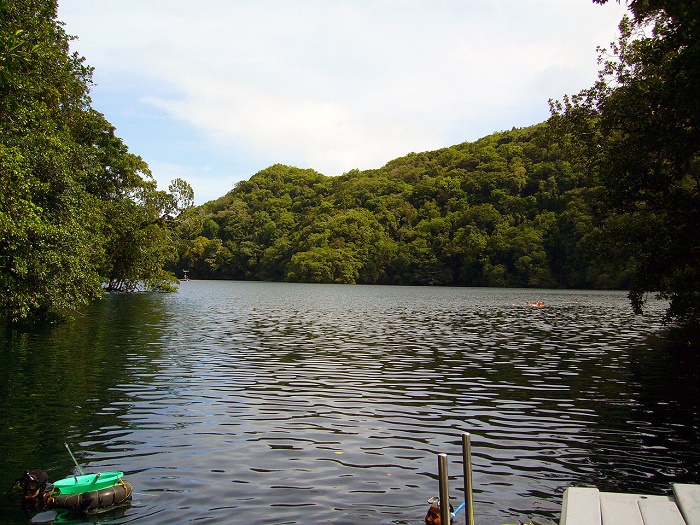 Those who are visiting this Palauan jewel are able to see the magnificent golden jellyfish which are migrating from one side of the lake to the other to follow the path of the sun, which feeds the algae from which they are thriving. Unfortunately, in the recent years, there has been a strange disappearance of the jellyfish, as the stingless and harmless creatures might have disappeared, if not for good, at least for a while. 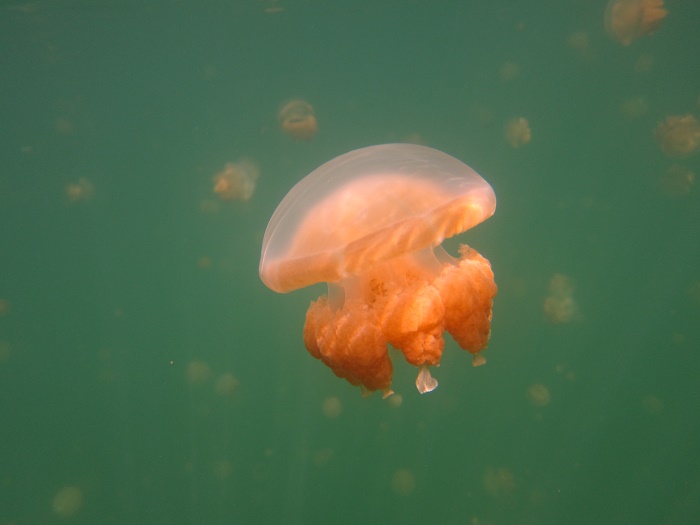 The problem, according to some scientists, was not a lack of sunlight, but the increased salinity of the saltwater lake due to the ocean warming weather pattern what is commonly known as El Niño. They continue to say that the golden jellyfish population would recover, as it once did in 1999, however, it is still under danger with the ongoing problems of the global warming, and the continuous globalization and higher influx of people wanting to see this marvel in person. 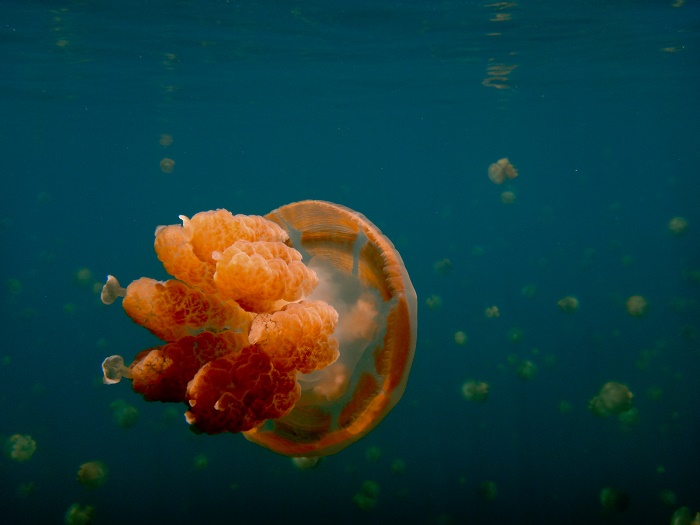 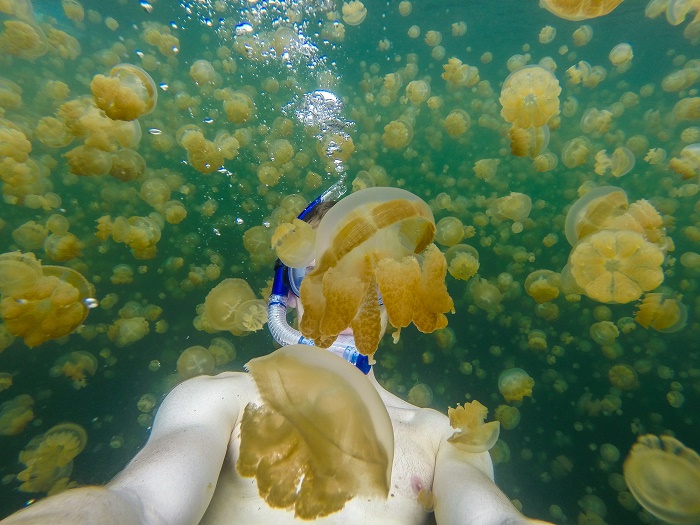 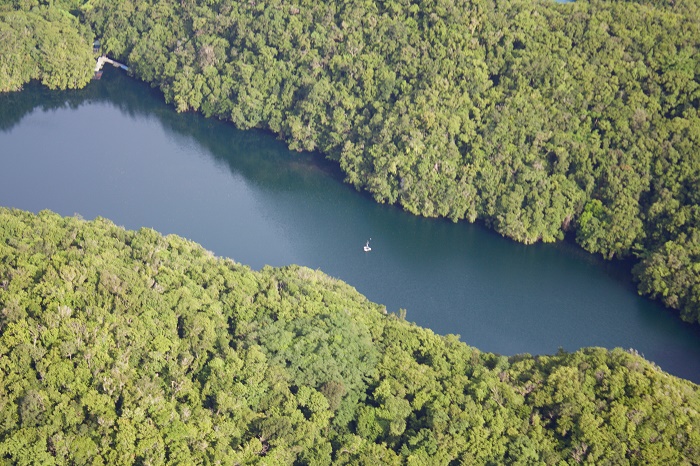 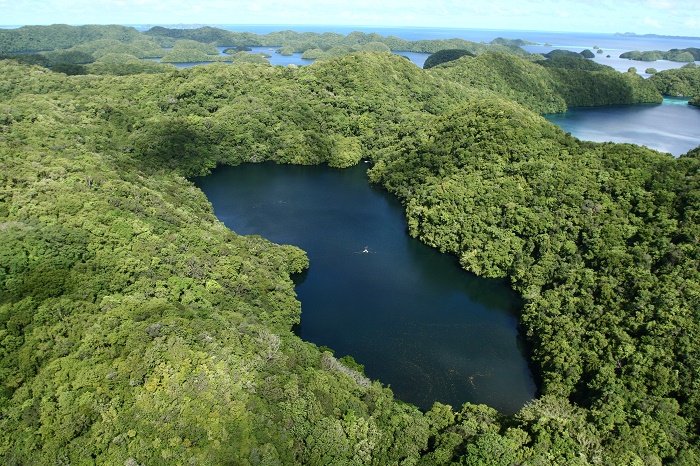 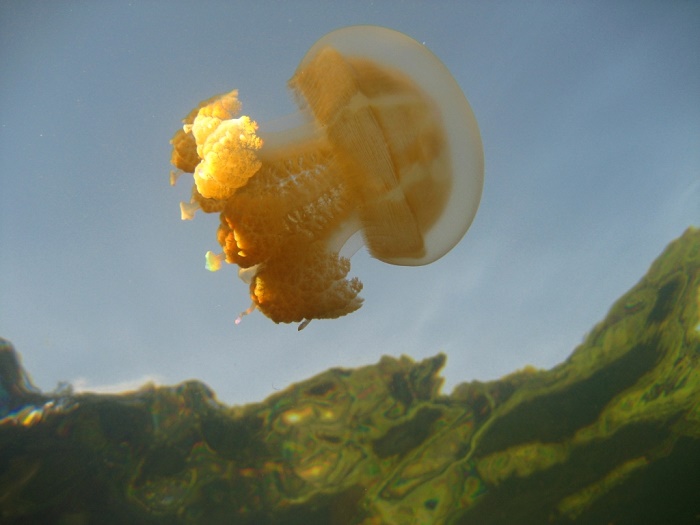