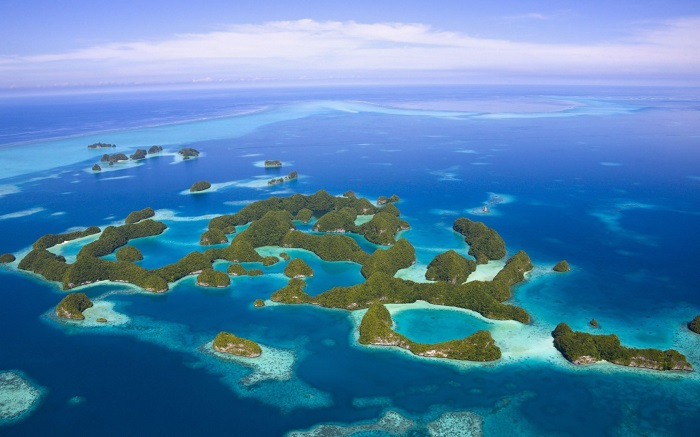 The Rock Islands are a small limestone collection or probably coral up-rises that violently surfaced from the sea to form islands in the Southern Lagoon, located in the island nation of Palau. 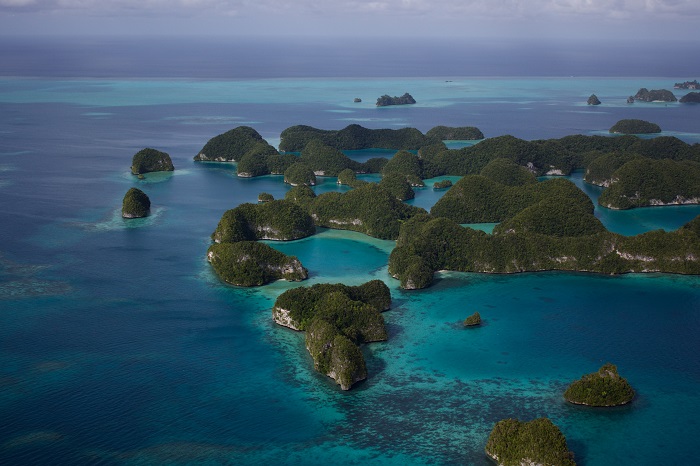 There are up to 300 islands in the group, which differs from source to source, where the tallest is 207 meters (679 feet) above sea level. The islands are very distinctive and easily recognizable, covered in foliage with a bright sandy beaches, and turquoise sea color. There are no permanent inhabitants on the island, but they are very popular tourist destination. In the past the Palauans made settlements on them, but nowadays they mostly use them for cultural and recreational purposes. The archaeological findings have given evidence that the inhabitants were on the small islands since 3,100 BC, and stayed there for about 2,500 years. The largest islands in the group are called Ngeruktabel, Ulong and Eil Malk (or Mecherchar), where the most popular place is on the Eil Malk Island. The Jellyfish Lake is located on it, which is one of the many Marine lakes in the Rock Islands that provides home and safety for several kinds of stingless jellyfish found only in Palau. 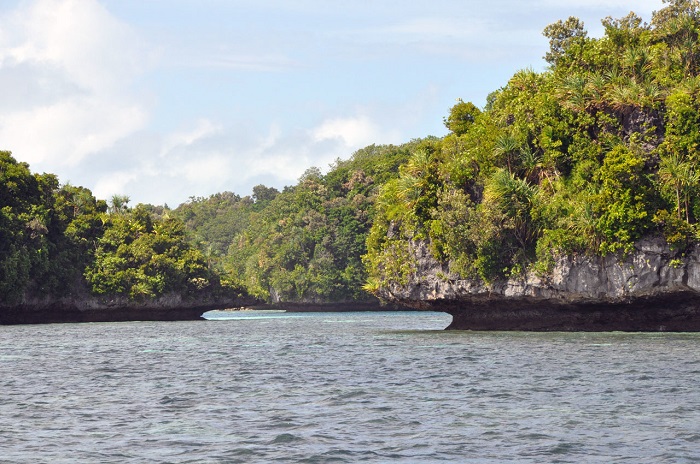 But not just that, the people visiting the islands are amazed by the diving in the waters around them, since it is one of the best and most diverse dive site in the world. However, there is some problem with the islands that do not affect them much at the moment, but might cause a problem. 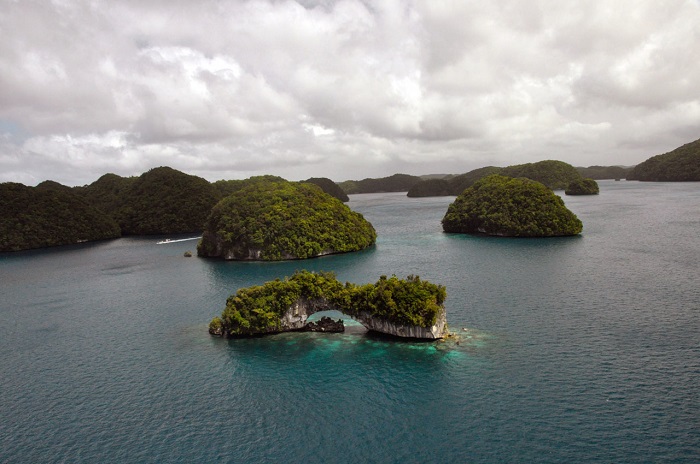 The erosion has made the islands to get a mushroom-like shape with a smaller base at the inter-tidal notch than what lies above it. Nonetheless, the dense community of sponges, bivalves, chitons, snails, urchins and some algae are another benefactor to this issue. Still, they are protected UNESCO Heritage Site since 2012, and will continue to be one of the most alluring places on the planet.