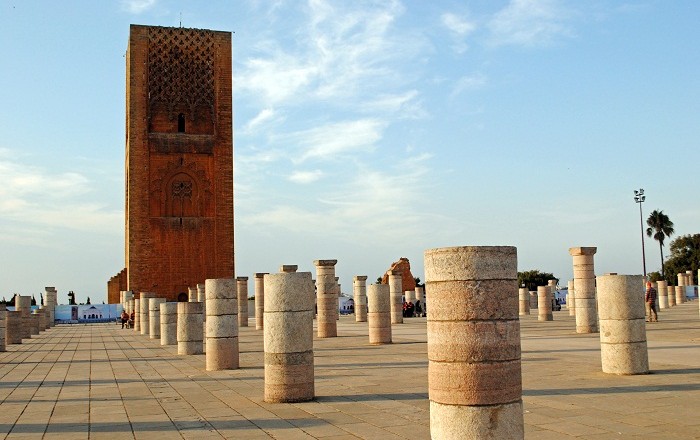 Jami’ al-Hassan Mosque is an incomplete mosque which was intended to be the largest one together with its minaret throughout the world, and it is located in the city of Rabat, the Kingdom of Morocco. Construction began in 1195, and was commissioned by Ya’qub al-Mansur to serve as the principal congregational mosque of the Almohad Empire. 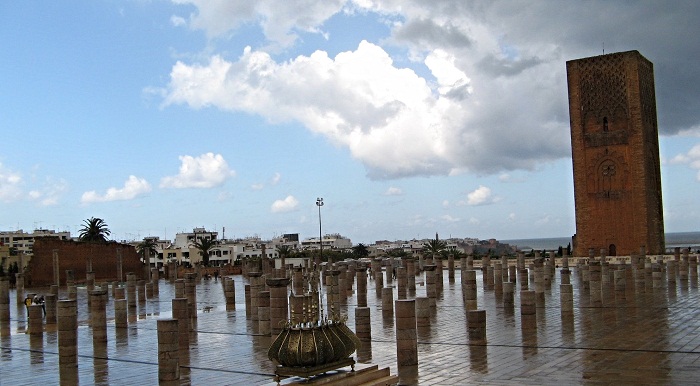 In that year, Ya’qub al-Mansur celebrated a major victory over the Christian forces in Spain, and to commemorate his conquest he founded the Almohad city of Rabat at the fortress that was used as the Moroccan base during the war. The mosque was unfinished at the time of Ya’qub’s death four years later in 1199, and his successors abandoned Rabat in favor of the more developed neighboring city Salé. 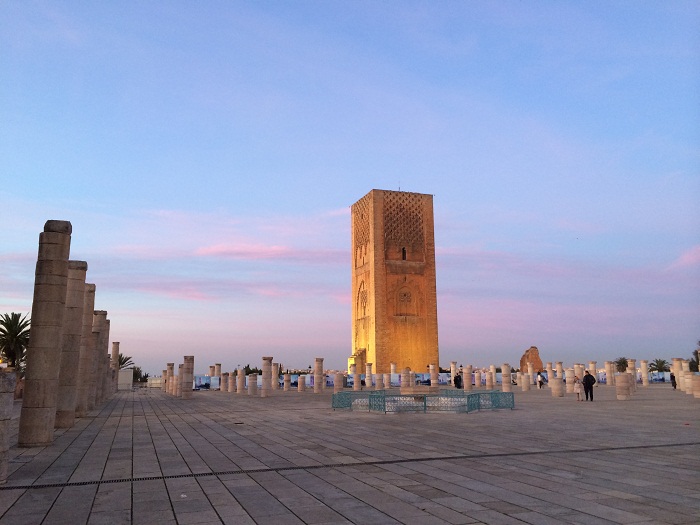 The mosque was never completed and remains in a partially constructed state to this day. The incomplete mosque has a really impressive footprint, which is larger than that of any medieval mosque, except the Great Mosque of Samarra. Its plan is in the form of a large rectangle, 180 meters long north to south, and 140 meters wide east to west. 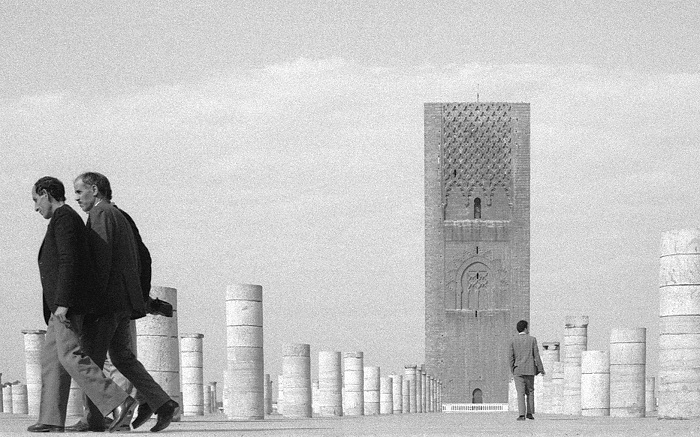 The mosque is located on a sloping site, and a huge raised platform was built out from the highest point on the slope to create a flat elevated surface upon which to construct the mosque. The large square minaret, also named Hassan Tower, is 15 meters to a side and it is located in the center of the north elevation, on axis with the mihrab. Four stairways are located on the north elevation, two flanking each side of the central minaret. 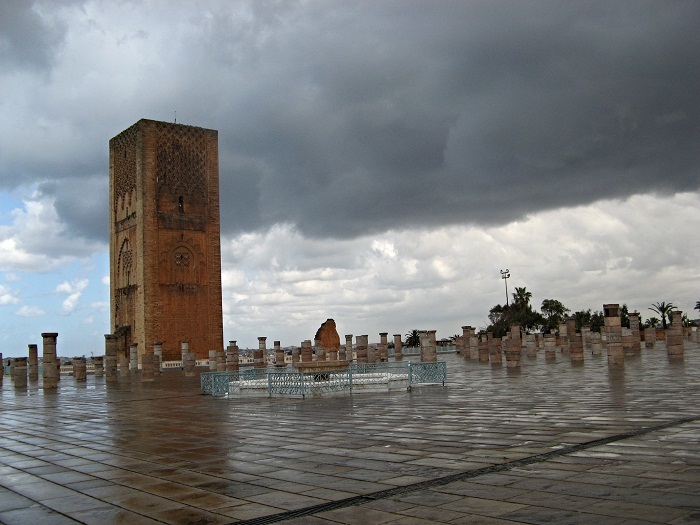 At the south end of the complex, the mosque platform becomes level with the surrounding ground plane. The interior of the mosque is structured as a vast hypo-style hall, with equally sized columns placed throughout the space on a grid plan. The central prayer hall is 21 arcade bays wide, each bay 6 meters wide east to west with columns spaced at 6 meter intervals. 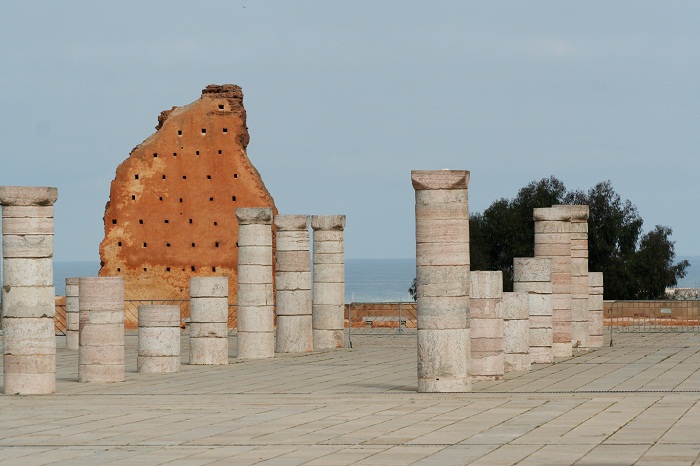 The central arcade and the outermost arcades that form the east and western edges of the mosque are slightly larger, each 10 meters wide. The mosque follows the T-shape plan that is typical of Maghribi mosques, with three 10 meter wide transverse aisles running parallel to the qibla wall. 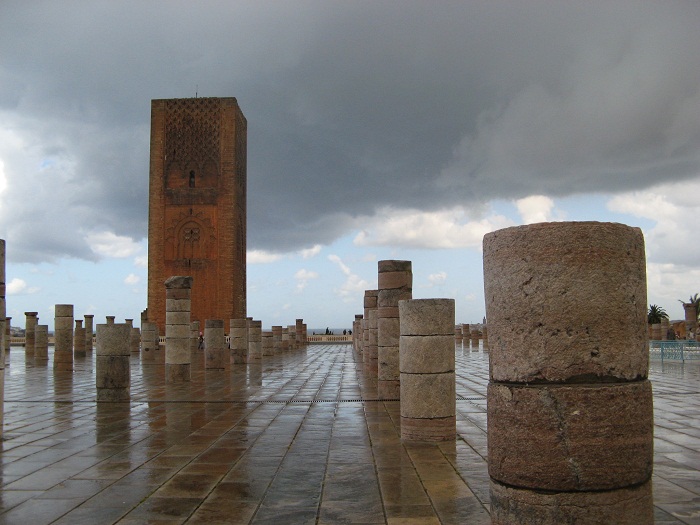 As the mosque was never completed, no more was ever built of the structure than the bases of the columns. As the mosque never progressed beyond the earliest stages of construction, no decoration was ever applied to the main structure. However, the incomplete minaret features delicate sculptural relief work on all four of its faces. The minaret as built is 44 meters tall, although it was likely intended to reach twice that height. 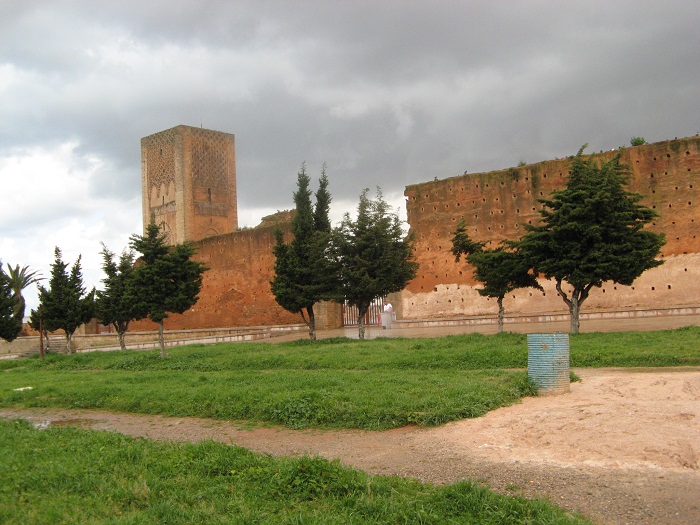 The tower is typical of other Maghribi minarets in employing ramps instead of stairs for its interior circulation, as well as in its decorative use of latticework of carved blind arches. Nowadays, even though not finished, many people flunk to see this amazing architectural masterpiece, which is an amazing landmark of the city. 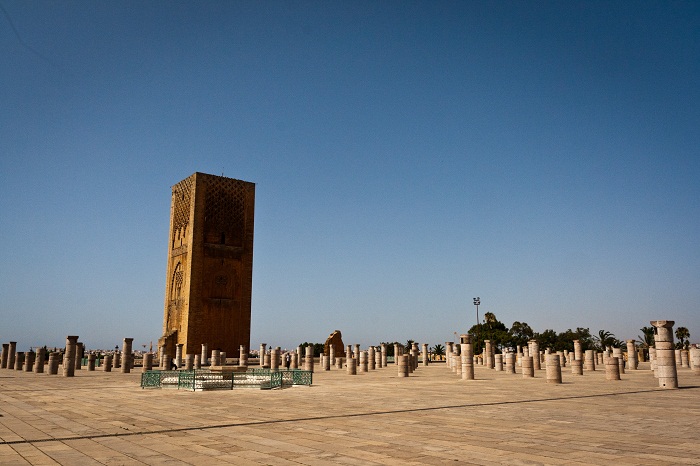 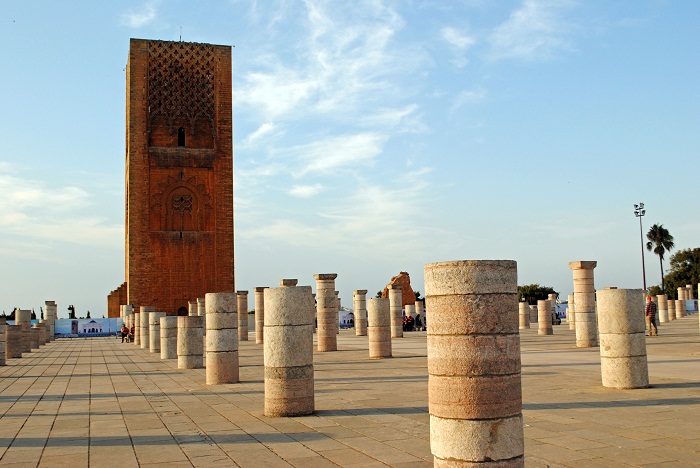 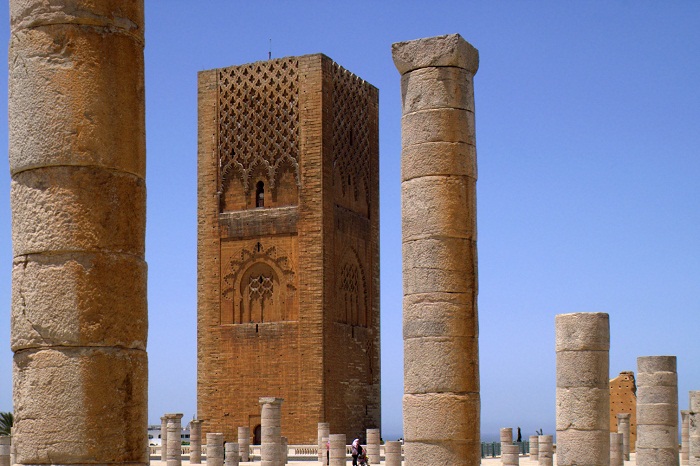