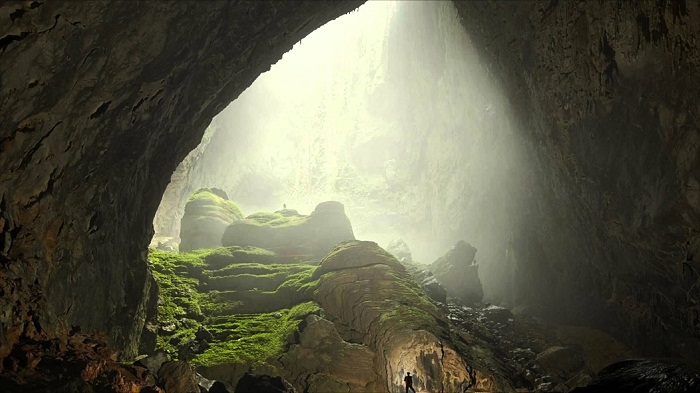 The cave was found by a local man named Hồ Khanh in 1991. Recently it was explored in 2009 by British cavers, led by Howard Limbert. The name “Son Doong” cave means “mountain river cave”. It was created 2-5 million years ago by river water eroding away the limestone underneath the mountain, which made it easy where the limestone was weak, the ceiling collapsed creating huge skylights. 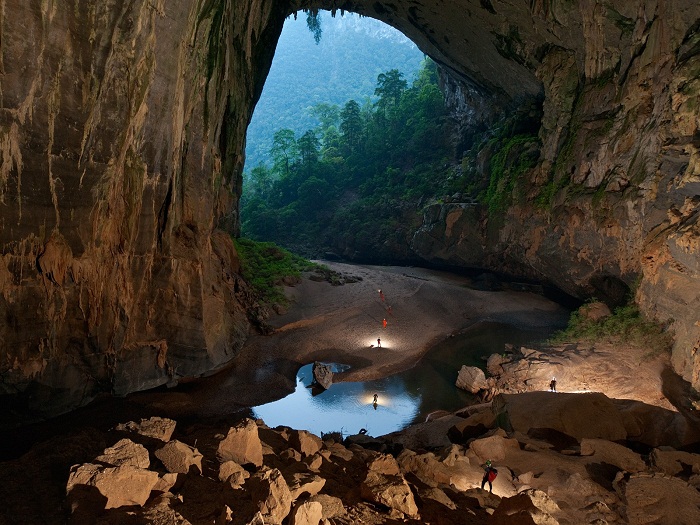 According to the Limberts, the cave is five times larger than nearby caves like Phong Nha Cave and Hang En, the third largest cave in the world previously considered the biggest cave in Vietnam. The main passage in Sơn Đoòng is more than 5 kilometres (3.1 mi) long, 200 metres (660 ft) high and 150 metres (490 ft) wide. With these dimensions, Sơn Đoòng overtook Deer Cave in Malaysia in 2009 to take the title of the world’s largest cave. The cave runs for approximately 9 kilometres (5.6 mi) and is punctuated by 2 large dolines, which are areas where the ceiling of the cave has collapsed. The dolines allow sunlight to enter sections of the cave and has resulted in the growth of trees as well as other vegetation. The cave contains some of the tallest known stalagmites in the world, which are up to 70 m tall.

Behind the Great Wall of Vietnam were found cave pearls the size of baseballs, an abnormally large size. Permits are required to access the cave and are made available on a limited basis. Only 500 permits were issued for the 2015 season, which runs from February to August. After August, heavy rains cause river levels to rise and make the cave largely inaccessible. 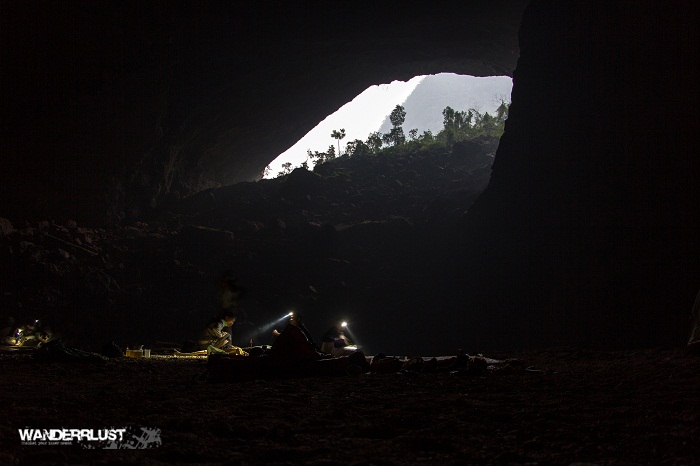 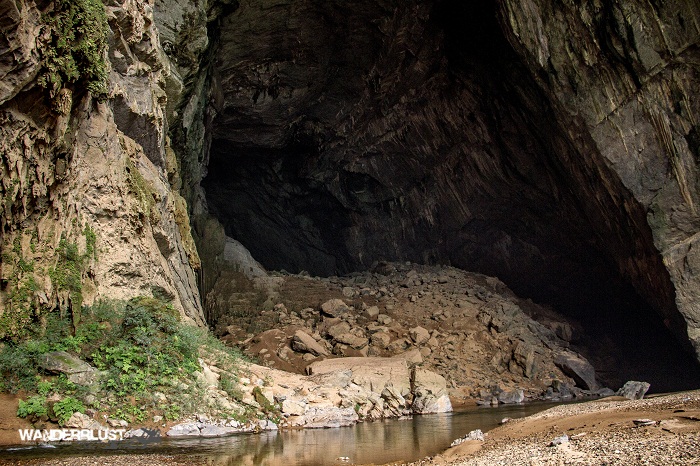 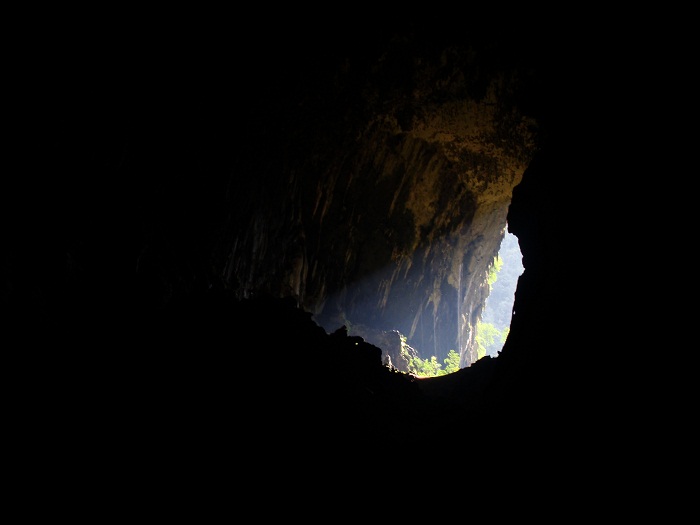 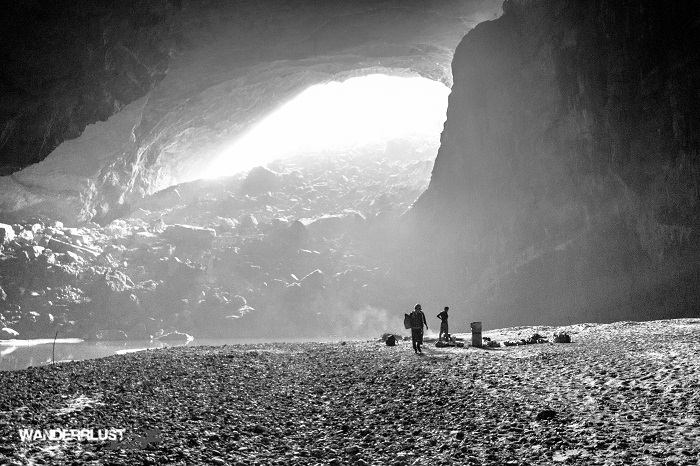