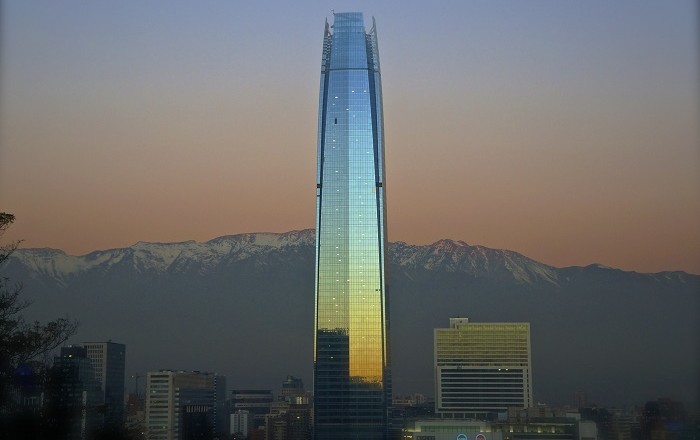 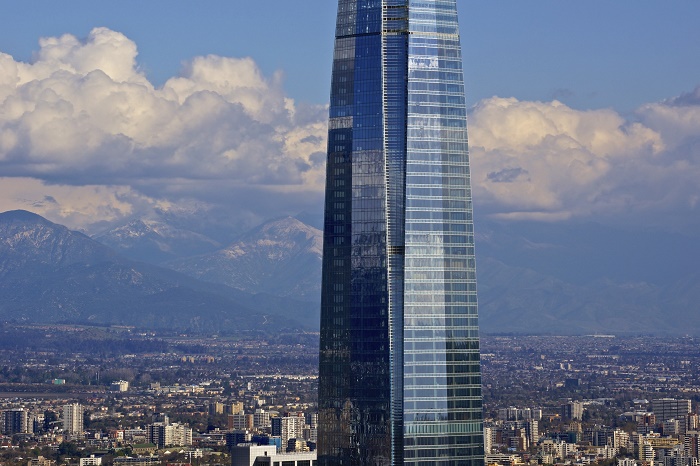 It is the second-tallest building by highest architectural feature (behind Q1 in Australia) and by highest occupied floor (after Australia’s Eureka Tower) in the Southern Hemisphere. It was designed by Argentine architect César Pelli. 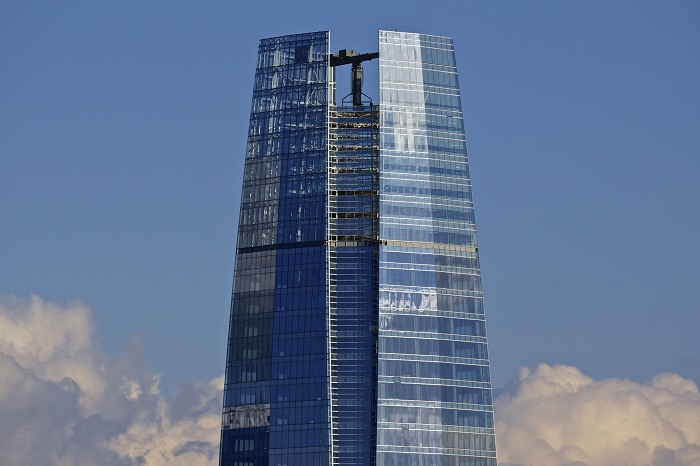 The tower is not only the tallest in South America, but it also it is one so towering it casts a shadow more than a mile long. The Gran Torre Costanera Center where the tower is located, represents a giant that dwarfs the city’s other skyscrapers, and overwhelms the view of a city founded in 1541 by Spanish conquistadors which still remains proud of its colonial-era buildings. 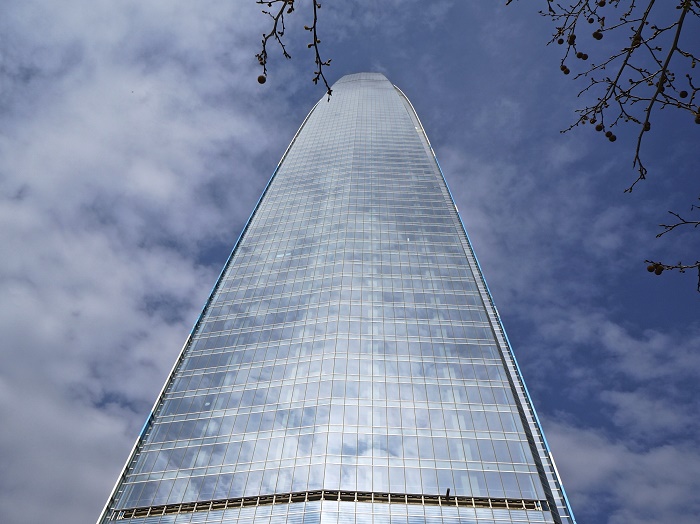 As part of the Costanera Center complex, which includes the largest shopping mall in Latin America, there are as well two hotels and two additional office towers. Even though it rises 64 floors above ground, there are 6 basement floors, which makes the building actually 70 stories high. The tower has nearly 700,000 square meters of building space available built on 47,000 square meters of land. 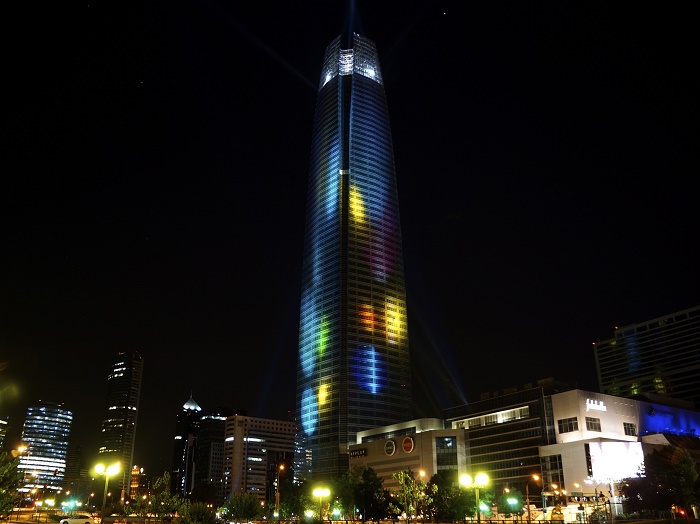 Planners estimated that there would be some 240,000 people going to and from the site each day. The structural engineering is performed by the Chilean company René Lagos y Asociados Ing. Civiles Ltda, and Salfa Corp. was responsible for its construction. 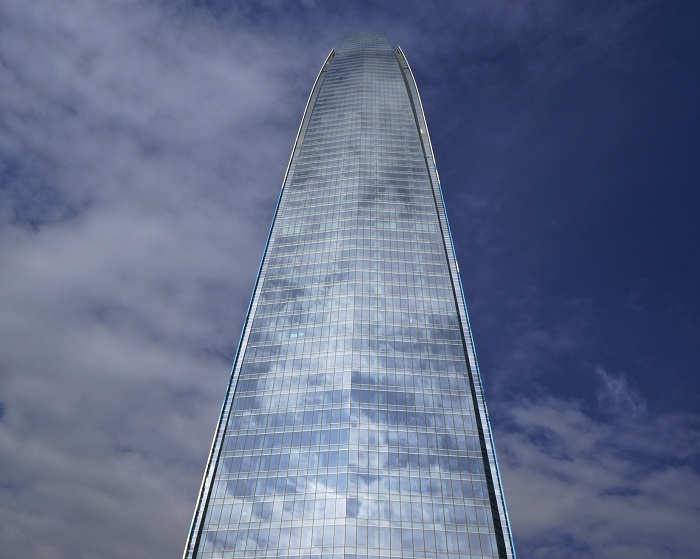 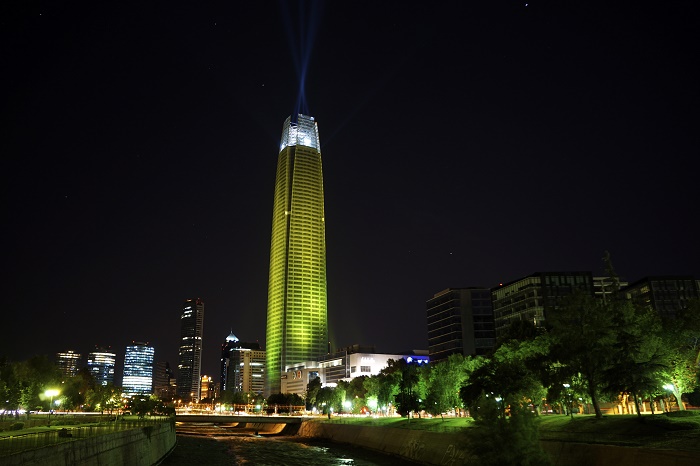 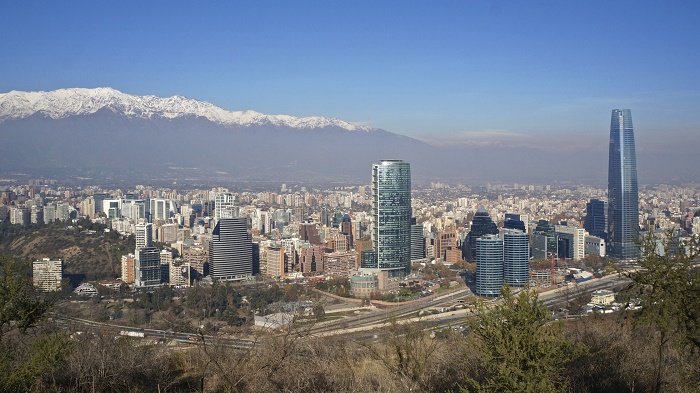 On 11 August 2015 an observation deck, called “Sky Costanera,” was opened to the public in floors 61 and 62, offering 360° views of the amazing city of Santiago. The total cost of the building was supposed to be around $400 million, but as usual the overall cost was around $1 billion. All in all, it is a masterpiece of the South American Architecture, and definitely deserves to be called Grand Torre, a symbol of an emerging confident modern Chile. 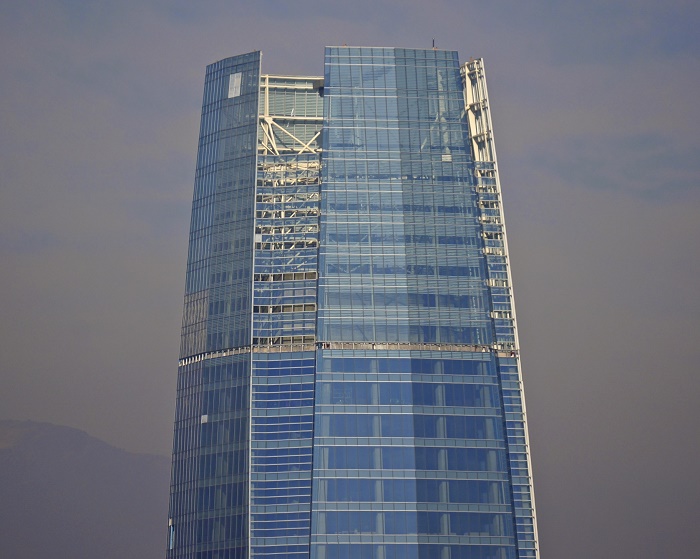