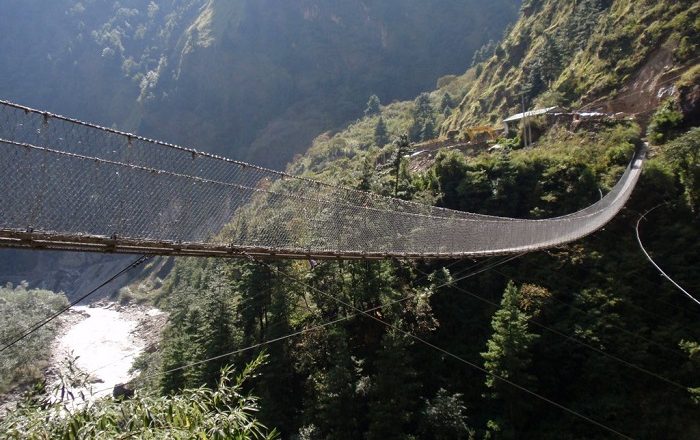 The Ghasa’s Hanging Bridge is newly built, scary bridge that stretches high above a river valley in the vicinity of the town of Ghasa, within Federal Democratic Republic of Nepal. This very narrow bridge is located at a great height above the river that runs beneath it, however, it was built not just for the people to cross it, but also the very important cattle. 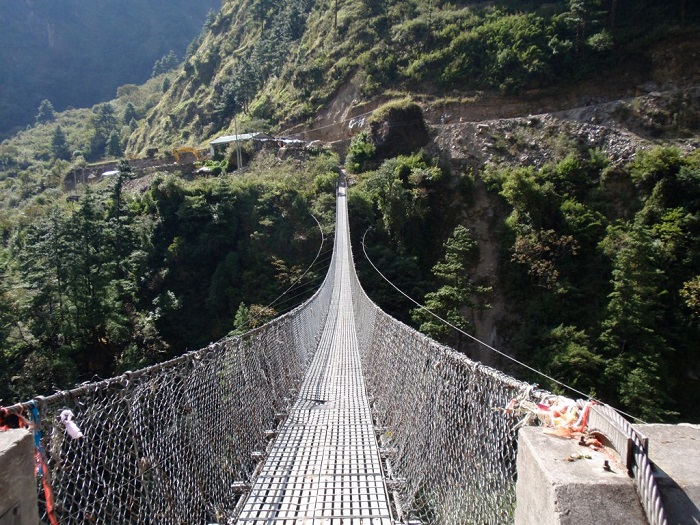 Despite the look it has as a fragile, extremely unstable, ready to break and badly shaken piece of architecture, it is definitely very reliable as it is equipped with high railings making it very safe for everyone to cross. The main purpose for the construction was so that the herds of animals would not have to go the winding small and very narrow paths in the valley, the Ghasa’s Hanging Bridge eased the locals’ lives and their principal mean of livelihood today moves around faster than before. 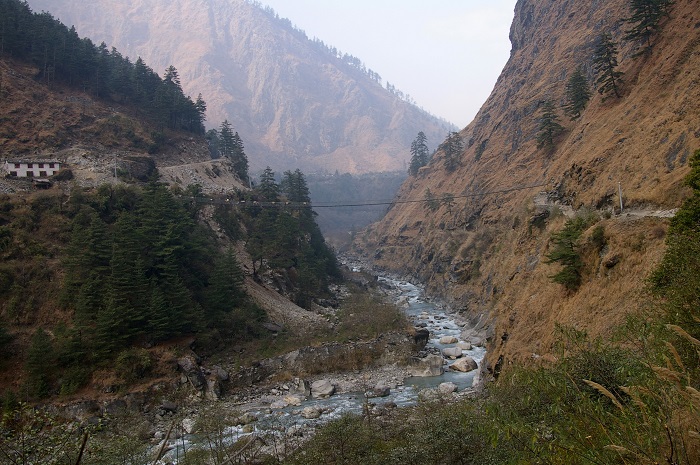 Being one of the most striking attractions for the trekkers and tourists in the Himalayas of Nepal, the popular Annapurna Circuit passes right through the hanging bridge which is inevitable to cross if one would want to get to the marked target in the Himalayan foothills. 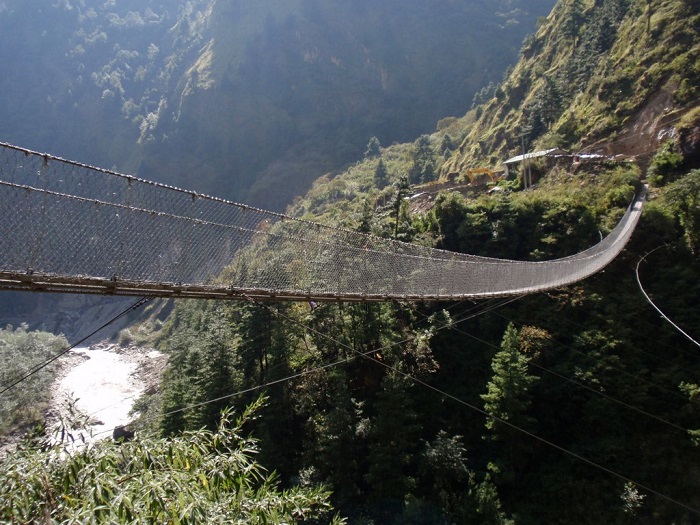